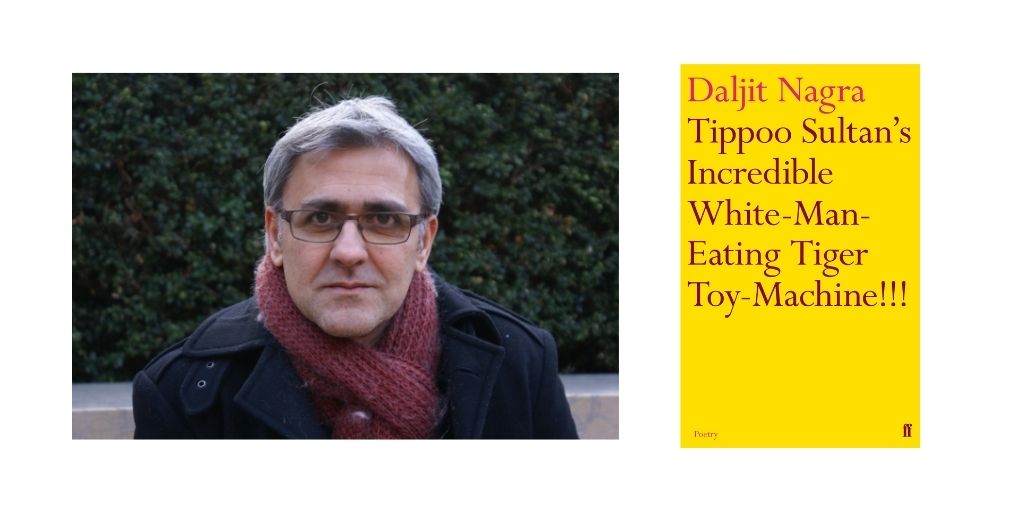 Daljit Nagra And The Nature of Us: Beyond Words Into Meaning

Sitting at my laptop waiting, I feel a huge sense of responsibility. It’s not every day I’m asked to interview a poet of Daljit’s calibre. As the call connects, I feel my cheeks flush, changing from pink to red in embarrassment, as I’m introduced by the host as a writer and poet. Poet? Moi? I churn out a couple of rhymes once in a while, especially when my insomnia reaches new heights, but they are in no way in his league. I’m not even the one being interviewed, but my inner voice screams, Next!

Fortunately, Daljit’s smiling face is warm and reassuring. I collect myself and get down to business. Our theme is ‘Nature: Inspiring 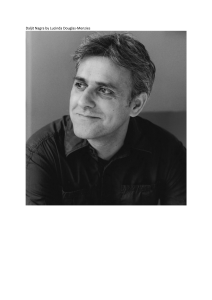 Creativity’, so I ask Daljit how it inspires him. He tells me that, for him, as with many writers, the natural world generates significant food for thought.

“When we think about nature, we think about climate crisis and rising sea levels. This leads me to think about migration and people of my background from South East Asia, leaving their countries and ending up in Europe. The impact of turning immigrants away, makes me think.”

Given the Ukraine crisis, this seems ever more poignant now. Immigrants fleeing their homes permanently to seek sanctuary in a foreign place, without a plan, and with no guarantees they won’t be turned away at the doors. Truly heart-breaking.

Daljit’s background and the concept of identity is of utmost importance when it comes to the subject of his poems, as they often explore the experiences of being an Indian born in the UK. Referring to the mishmash of English and Punjabi, I ask Daljit his thoughts on writing what you know and if he ever feels burdened by it.

On the contrary, he sees it as an invaluable tool; being in the inside and outside of two cultures offers writers of dual heritage ample opportunity to share their voices. It’s important we celebrate that. Poetry is a great way of exploring identity. It’s important to bring the complexity of yourself in the language, diction and syntax of your work and in the movement of your words.

“If you use standard English, then everyone uses it. And you start to start to sound like everybody else. I’d say that’s mimicry, fraudulent. It’s important we stretch language, so it keeps developing.”

I find myself agreeing, especially when Daljit speaks about celebrating diversity and that writing should reflect the ‘International-ness’ of English.

There are going to be many Englishes. And we need to play our part in creating that.

Referring to my scepticism about the burden of representation, Daljit says writing about any community, particularly a marginalised one, is always going to be risky. Often art gets politicised to represent a whole community. But what’s important is that we as writers are responsible and skilful in communicating our ideas in a way that educates and informs without being offensive. And time and place have a significant role to play in determining how well something is received. Daljit tells me his poem, The Singh Song, studied as part of the GCSE curriculum, probably wouldn’t have been written in the ’70s, 80s or 90s because it would have been deemed as racist.

“I wrote it in the 2000s because I felt that we had arrived as a community of shop owners. That’s what facilitated a poem where we could laugh from the inside and allow the reader to laugh with us, hopefully not at us.”

Daljit says a way to deal with something frustrating is to distance yourself from it through humour, otherwise you end up in a very bleak place, but he admits that humour is complex.

When using humour, Daljit tells me it’s important to ask ourselves about our intentions and whether the tone reflects this. It’s important to be both skilful and responsible.

We move on to why writing poetry appeals to him. He shares how he loves the ambiguity of words and describes the process as a spectral experience.

“Every poem is an act of the phantom, the ghost. Someone is speaking to someone. Are they speaking to themselves or to someone else? The fewer words we use, the more slippery the poem becomes. There’s a suitcase or toolbox for every word.  And when the reader enters the world of the poem, he opens up that suitcase for that word.”

I want to learn more about his fascination with words. Daljit reminisces. Going back to his childhood, he explains how he was first exposed to the English language through TV cartoons.

“When the cartoon finished, for years I used to think what those two magic words were at the end, and then I realised it just said, The End.”

Punjabi was only language spoken at home and Daljit remembers being captivated by the music of English. When he started writing, this translated into over- the- top sound effects.

I think that’s probably from my childhood, hearing that exuberant soundscape.

I ask Daljit about poetry he’s translated and what he considers the strengths of translation.

“It gives you access to a tradition of imagining, which really appealed to me when I was working on the Ramayana.  This ancient way of thinking and communicating that in English.”

But Daljit tells me there are disadvantages, also. Poetry has its own rhythms that are particular to a certain culture, which you can’t translate directly into English.

So much poetry is about thinking and feeling in rhythm. If you’ve lost that, you’ve lost the music of the original and all you can do is give an English equivalent.

However, he doesn’t think that change is necessarily a bad thing, especially when working with a traditional story. When writing his version of the Ramayana, he spoke to scholars who told him that, in order to save the tradition, you need to change it.

“If you repeat everything that’s been done, it’s not energising or modernising the story. You need to innovate: the old story needs to meet the new context, otherwise the thing dies. That’s the paradox.”

In fact, Daljit has been thinking about the great English poets and how he can revive them in his own way. His current work in progress is a book aptly titled Indiom.

“It’s a verse novel with a group of characters sat together talking about the viability of bubble English: ornate, decorous, highly extravagant English spoken by the Indians. This long, comic poem is a dissection of Britishness and Indian-ness in Britain.”

Too many questions and not enough time! I try to get to the heart of the matter: is the essence of poetry about communicating hidden truths? Not quite, according to Daljit.

“Poets are very good at raising the power of the question. Sometimes that’s all you can have. You don’t really have an answer.  To ask the question is often more valid.”

We’re near the end and to me this next question is the deepest yet: does using words to find meaning change the nature of us? He says:

Daljit is chair of the Royal Society Of Literature. With that in mind, how does he see the future of poetry?

“I think we’re losing the elitism in poetry, in terms of which art form is superior over others.

We no longer say that the page poet is the best poet. We have mainstream accessible poets, we have performance poets and social media poets. Each person is writing for their own particular form. Hopefully, over time, we’ll think all forms are equally valid.”

Wrapping up, I ask Daljit his thoughts on National Poetry Month.  He describes all such celebrations as an ‘essential’ way of grabbing some attention for poetry, as it can often get a bad press.

“The public loses interest in poetry after the dreaded and endless analysis at school, so they need to be reminded that poetry is fun and alive.”

As for his part, Daljit says he’s always participating in poetry events and is currently engaged in ‘Poetry Live’: readings aimed at GCSE students that take place in auditoriums around England.

And there we end, unravelling the ‘suitcase’ of the legend himself. I can only hope I’ve read him correctly.

3) Habit–always thinking about anything you see as a contender for a new poem.

The public loses interest in poetry after the dreaded and endless analysis at school, so they need to be reminded that poetry is fun and alive.