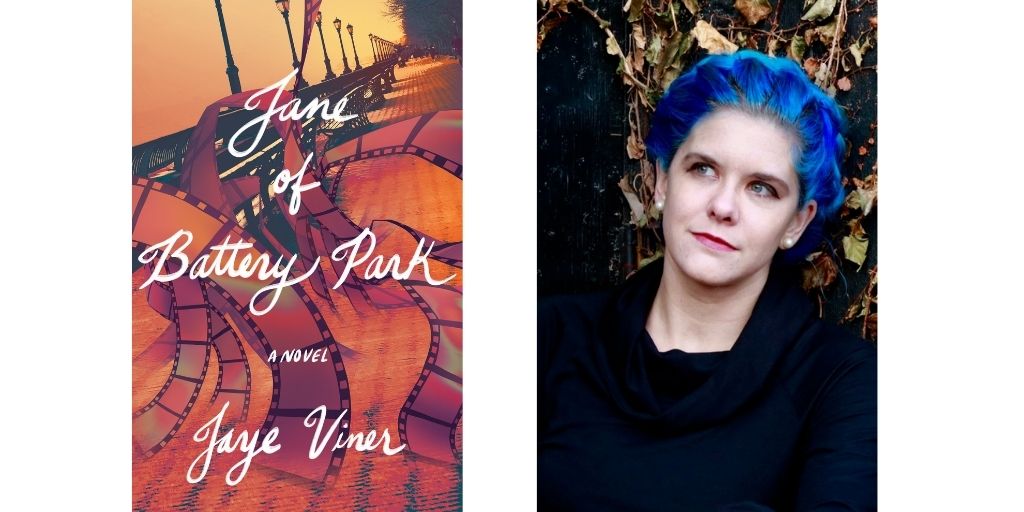 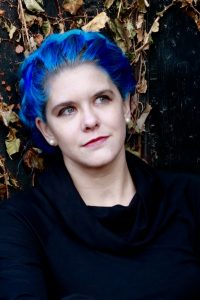 I was always curious about those people who marry their adolescent sweethearts. The things that make a relationship work when we’re teens are not the same things that make a relationship work in our thirties. And yet, people do this. I wonder about them. Are they fundamentally the same people they were back then? Or did they get lucky and both are flexible enough to remake their relationship with each life stage? Or are they just stuck in a bad situation, not sure how to get out?

Transformation over a lifespan, means people change at different ages, more often than not. My debut novel, Jane Of Battery Park, has a conflict spawned by what I think is one of the biggest transformations: the formation of an adult identity separate from a childhood identity, which is often marked by the identities of parents.

The main character, Jane, grows up in an unusual family. They’re not just conservative, they run a terrorist organization that puts celebrities on trial for their sins in an effort to try and reform popular culture. (I was inspired after watching Episode 3 of Series 8 of Spooks.) As a child and young adult, Jane believed these trials were a valuable thing to do. Similarly, in my childhood as a missionary kid, I believed the work my parents were doing leading Bible studies in Japan was valuable.

These kinds of belief systems are powerful. It’s easy for adult me, now detached from that childhood identity, to look back and wonder what I was smoking. I also know that the way we are taught to see the world as children is not subject to critical thinking. Things that to outsider adults seem obviously wrong, are not obvious when you’re a child within that system.

Many amazing books have been written about the power of belief systems and how adults and children alike are drawn to them. (Handmaid’s Tale, In The Days Of Rain, Educated, The Followers). They have power that is outside of morality. This is what makes them so hard to leave. And, even once someone leaves, the views of that belief system continue to impact their ways of seeing the world.

For example, when I go into coffee shops, I can always find the Christians. Even if they don’t have Bibles out, I just know them. This second sight is hard to explain; maybe I recognise posture, or voice tone, or earnest expressions. For my character, Jane, who came from a more extreme childhood than I did, trying to break free of her family is more challenging.

She has been taught that culture outside of Christianity is not just frivolous but dangerous. Yet, she wants to know about it. Even more complicated is the fact that she loves her family but, no longer quite believes in what they’re doing. She has a lot of guilt over this. That is one of the trickiest things about the transformation from child to adult, there is no clean break. If you’re trying to be a person separate from how your family taught you to live, that’s a scary thing. Jane doesn’t know what rules to follow. She is constantly feeling guilty for following her dreams because she’s been taught, for so long, that they’re wrong.

It’s an interesting thing to think about. If we want to start over as adults with a blank slate of expectations and rules for our lives, how do we find what teaches us? How do we evaluate it? One might say gut instinct tells us what is true about ourselves, but that’s not always the case. Gut instinct can be muddled by years of conditioning.

In my youth, I converted both my long-term boyfriends to my version (my parents’ version) of Christianity. One of them even became a pastor. When I hear about someone who is married to their childhood sweetheart, I imagine my life with one of these two men. If I’d married him, would we have made it? I had given them a faith but, at almost the same time, I was moving away from that faith. Would our love have outlasted diverging world-views and expectations of lifestyle? Would I have allowed myself to stay in my old routine, despite my desire to break out?

These are the questions that drove me to write Jane Of Battery Park. Jane does marry her first love and sets up an adult life for herself continuing on in the identity her parents formed for her until she cannot manage it any longer and she has to escape. But escape is just the beginning of the transformation. Once out of the shadow of her childhood self, she is confronted with a whole world of possibilities and an inner voice telling her she’s doing evil.

The events of the past election cycle in the US, particularly the attempted coup by Christian Nationalists/Trump supporters on January 6th, have given me new insights into the themes of Jane Of Battery Park. The novel, about a woman whose husband and brothers are wanted by the FBI, no longer feels so speculative. Across the US, many families are also confronting ties to terrorists.

It’s a long, hard road; building a new life from that place. I’m not sure the novel does it justice. Especially, as more and more people are leaving the faiths of their childhoods, rupturing relationships with their relatives – breaking free – but, also carrying with tendrils of a past life with them. These are always sneaking up and trying to pull them back into old ways of being. We like to think of transformation as a progressive process: you start as one thing and then become something else. Humans don’t transform into different beings. Instead, we transform along a continuum of ourselves. No matter how much we change, some parts of us will always remain the same. How the changed self integrates those old parts is the challenge; the thing that makes us who we are.

Jaye Viner lives on what used to be the plains of eastern Nebraska – with two feline fur bombs and a very tall man. She knows just 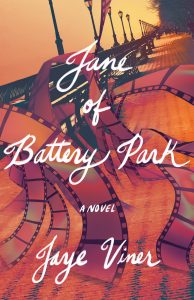 enough about a wide variety of things to embarrass herself at parties she never attends. She holds an MFA and MA from the University of Nebraska. Her writing has been published in Drabblecast, The Roanoke Review, Everyday Fiction, and Brevity Blog. Her first novel, Jane Of Battery Park, is forthcoming. To be published by Red Hen Press. You can add her book to your Goodreads shelves.

Watch Jaye read an excerpt from Jane Of Battery Park.

Transformation over a lifespan, means people change at different ages, more often than not.