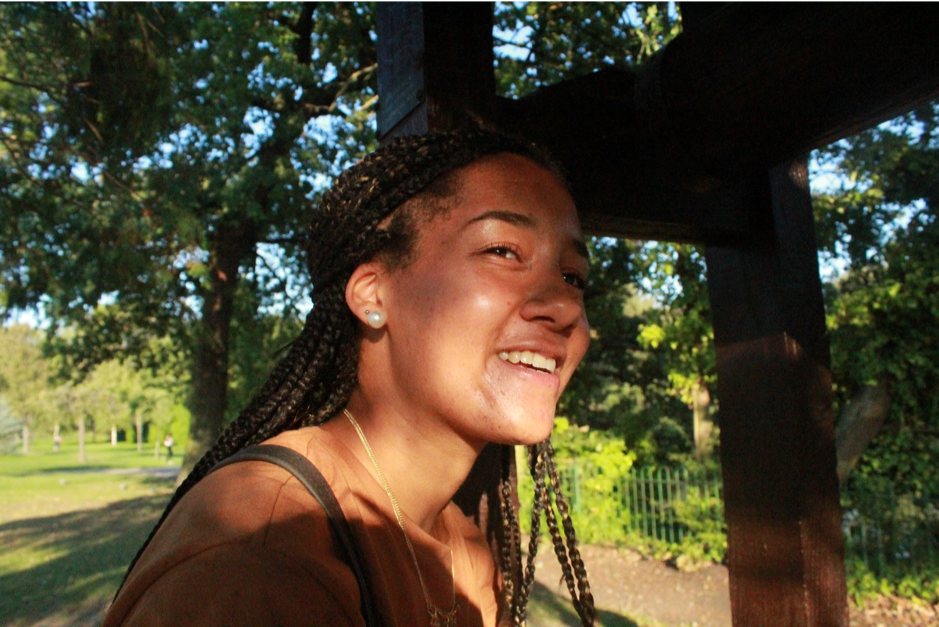 I would like to begin by proposing an approach to the end of the world.

As writers, poets, authors, creators, artists, we need to prepare. Our world – not to be dramatic – is dying.

It is churning at the stomach and the bile is coming out in waves that the news is trying to report, only to be swept away in the sea of nausea. As a writer living through this time, I have to decide how I will write going forward.

There exists a temptation to gravitate towards the dystopian genre, especially when fire, floods and drought are running rampant. Yet, as writers of the future, I would like us to refrain as much as possible from writing from pessimism, and push towards optimism. In fact, let us take on the dystopian genre, depict climate change, all these disasters, but in alternative ways, ways in which we can claim the time in which we are living in – what we are living through.

As the natural world begins to draw the curtain, as we wait on the imminent storm, there comes a challenge for writers everywhere.

In the UK, there is currently a war being waged on the arts. I have seen proposed cuts being made to the study and practise of the creative arts by the education secretary and others. Why do I bring this up? Well, to some extent, current and aspiring writers might think that our writing has no place in the saving of the planet, but, on the contrary, it does. Our stories, depictions and imaginations are needed to sustain hope and envision a solution. So, should you put down that pen? Never!

As writers, we can be a driving force at this time; one that reconciles people to nature. After the incredibly intense and opinionated opening to this piece, I will tell you how we should approach what could be our ends.

I went to Fort William in the summer after my first year of university. During that period, I worked diligently in a three-star bed and breakfast. It was exciting, tough and totally removed from what I was used to, but I eventually fell in sync with the rhythms of the local people.

For a while, I struggled to know what to write. It wasn’t necessarily a bad thing, nor did I get strangely hung up about it, but I knew that what I was seeing and what I experienced – the peace and solitude – was something I needed to harness.

One of the greatest things I realised as a writer, and hope I shall never forget, is what is often forgotten: our natural world. As I sat upon a quiet hilltop, near a slow-moving but beautiful town, I reflected upon my life. London (my closest city back home) was all-consuming, able to cause distraction at every turn. It’s not that I didn’t enjoy it. I loved sitting on the tube surrounded by people, being whisked beyond a barrier into a bustling street, walking through a crowded park, watching the lights coming on at night: glowing, pulsing and bursting. Everything was part of a mindless expectation that speed and efficiency and intensity never ceased.

In Scotland, every day, or most days, it seemed, the weather was devoid of rain and intoxicated with sunshine. I could not go one day without someone either reminding me of how lucky I was to see Glencoe and The West Highlands without mist, or reminding themselves that that wasn’t normal. I was given the opportunity to slow down, and, after my shift, I would spend hours sitting under a tree or by a river, encircled by mountains that humbled me immensely. I am aware it is not feasible for most people to spend hours looking at mountains, and this is in no way an encouragement or criticism that dictates you must do that. For me, used to running around all the time, I was made aware of nature’s volatility for the first time in my life. It is that volatility that saddened me greatly; a realisation that my summer was Scotland at its best, creeping towards its last.

Resist, resist, and resist again, fellow writers, in depicting this game of quick succession. Slow down with your metaphors, lengthen your sentences and consider, but also resist, making the natural world merely a background to your stories – leaving the trees, the fields, and the animals to be spectators in narratives of characters who are infatuated with buzz and radicalised with racket.

On to my second point, and I urge you to reconsider writing about the world or the future with pessimism. Dystopia and speculative fiction, those genres that often are pessimistic, are phenomenal in getting readers to think about the scariest aspects of the future and what a society plagued by anarchy could be. It is precisely that: it gets us to think. Yet, it also gets us to fear. In and of itself, fear is a construct that, while helpful in identifying what is good and what is bad for us, will ultimately not inspire hope. If, when you reach into your arsenal, dystopia and speculative fiction are the best weapons to hand, by all means, use them, but use them wisely.

I would encourage you, when writing a story set in this current age, to consider an approach that could be a future we can work towards. If yet another glacier is melting away into the ever-growing abyss, then within that abyss bring forth something else, and let’s call that something else a determined generation that will live to see another day.

Nature is treated as a supplement to stories, as the soundtrack for the characters we are bringing to life. But we know human nature, we know what people want and what people do, think and feel. What we need to consider is how we are in regard to nature; nature at the centre, with us at the edge.

I entered Scotland as a selfish student, ready to spend all that I earned the moment I came back, prepared with a puffer coat to enter the dreary land way up north. I left Scotland as a broken student, affected by beauty that I wasn’t even aware existed. In fact, I was so troubled by my time in Scotland, so blissfully enlightened by my stagnation, I resolved to write a short story.

It was somewhat cathartic, to frame myself within a narrative where nature troubled the decisions and opinions of my main character. It was so raw and unfiltered, I ended up struggling to read it back and viewing it with disdain. I didn’t dislike it because it wasn’t good; I disliked it because it highlighted the ironic truth that, within the ‘slow burner’ of a story, all you want to do is leave the narrative, then go back to something quick and gratifying. When I revisit my story, I struggle to reconcile myself to the character, because I recognise that ignorance. That fear of slowing down is still present within myself.

If an end is to come, don’t spend the last of your time fantasising about scorched grass and houses drowning in cold muddy water. Instead, tell me of an earth, of a people, that revolves around the sun and that stirs something in my heart to think: ‘Why don’t I go outside and enjoy my planet for the first (or last) time?’

This, I present to you, is my proposal for all the writers who live in the age of the impending.

As writers, poets, authors, creators, artists, we need to prepare. Our world – not to be dramatic – is dying.