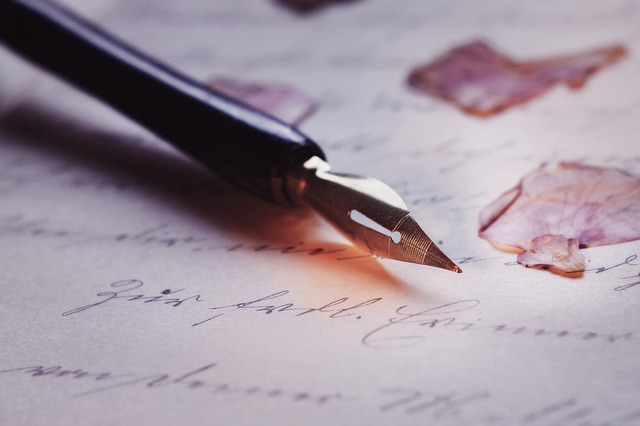 I’ve lied about my age for as long as I can remember.

It used to be to get into pubs.

Then the local disco.

I think it started when, with a birthday in October, I was deemed bright enough to go ‘up a year’ in primary school.  What good are rules, I thought, if they can be bent like this?

But as a writer, I’ve hit a real, unbendable brick wall.  My novel, Four Kinds Of Shipwreck, is one of Pen to Print’s Book Challengers this year (and what a thrill it is to be able to see that sentence on the screen)!

Here’s the problem.  My main characters are not rosy-faced (or pimply) social media darlings, but 50-year old lovers who go way back. My job has been to make their love, desires and motivation as real and relevant as it was when they were young.

On a first read-through, a trusted reader picked up a reference to Hyacinth Bucket.  Everyone knew who I meant, but it didn’t sound … current enough.

So the author’s job is to convey the essence of the scene into present-day parlance.

One member, Ali Boots, whose own novel, Salamander, will be published soon, had this to say about the problem of writing the age you feel:

“My feeling is that the age of a writer has little to do with the quality of the work they produce. After all, Enid Blyton, Judith Kerr (The Tiger Who Came To Tea), Jacqueline Wilson (Tracy Beaker),  JK Rowling or Roald Dahl were all able to put themselves in the soul of a child and write successfully for children. And who hasn’t been gripped by the carefully measured tones of George Smiley – a creation by John le Carre of a man much older than himself when he first set out to write Call For The Dead in 1961?

So why shouldn’t the old write young and vice versa?  When the one certainty of life is the inability to turn back time as we get older, keeping a finger on the pulse at the heart of the world is important. I may be a granny, but I still feel 17.

Knowing your characters and your setting and never resorting to cliché, in either character or setting, is crucial. There may still be grey-haired grannies knitting in rocking chairs dispensing wisdom and home-baked scones, greeting with, “Hello deary” and wincing over their arthritis. But these days, they’re more likely to be out shopping at Sainsbury’s, picking up the grandchildren from school, going to salsa and yoga classes and (in my case, anyway), committing nightly genocide in World Of Warcraft.  And most people I play with, think a paladin tank (a euphemism for a homicidal maniac) is a male 15-year-old with attitude; not a granny. They’re still trying to get their heads around that one.

In a similar vein, not all teenagers are out to cause trouble, take drugs or get drunk. Actually, today’s 13-year-olds are a pretty scary bunch. They do not suffer fools gladly and they have a purpose. I don’t know what it is, but they intend to accomplish it, and we’d better not get in the way! This is the next generation down from Greta Thunberg and they make her look like a pussy cat.

All of fiction is a pretence. Writers and actors set themselves up to present a world that doesn’t exist and their task is to convince their audience that it does. Who at one time or other in their life has not groped the back of the wardrobe and yearned to land up in Narnia? Or covertly checked the wardrobe at bedtime to be sure that Benedict Cumberbatch is not lurking in there after seeing his portrayal of Shakespeare’s Richard III?

Everyone has their own story, regardless of age and everyone loves a good one. To quote Doctor Who: “We’re all stories in the end”. Engaging with the world, listening to those stories, using what you see and hear, applying it to your own work, is what brings your own characters to life.

Writing your age is not about age at all, but about the keen observation of the human condition combined with a lively imagination and a sense of the real. If you believe in the world you are creating, and pay attention to the detail that makes it come alive, the chances are your reader will too, regardless of your age, or theirs.

Well, there it is.  In a week when Sir Ian McKellen was quoted as saying, “How can I be 82?  Inside I feel 15,” I think real writers can pen characters with whatever characteristics they choose.  You only need to inhabit their mindset and show us what you see through their eyes.

The frustrations and ambitions, the fears and the certainties – believe in them and build them into the scenes and dialogue and you’ll be any age you write!  Oh and don’t forget, if you spot my profile on Tinder – I’m 49 years old, right? 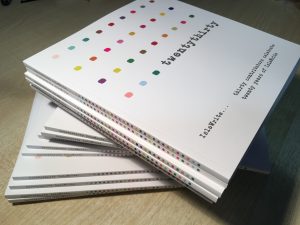 twentythirty is available on Amazon.

My feeling is that the age of a writer has little to do with the quality of the work they produce.