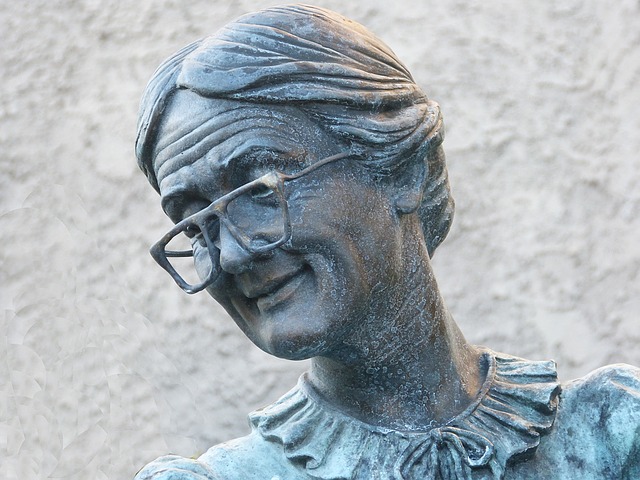 This is the second of my July showcases. I came by Pen to Print through a competition called ‘What If YOU Spoke?’ which I entered with a poem called Loss Of Limb. I sent it to the nature competition, judged by Zakiya Mckenzie and it was a runner-up. I really appreciate Zakiya picking my poem for publication.

The theme for this showcase is ‘Worlds Apart’. With that in mind, I’m delighted to introduce a couple of pieces from the Write On submissions folder.

I picked the first one, Grandma, by Amber Hall, because it reminds us of the importance of intergenerational connections.

My great-grandmother was a kindly woman, saucer-eyed and pink-cheeked. She grew purple pansies in her front garden that were so richly hued, passers-by would comment on them. She showed her love in small ways, rather than through grand gestures. I’d always leave her house with freshly washed laundry that smelled faintly of her – tinged with lavender – and a Tupperware box of cakes or sandwiches. She’d make boiled eggs for breakfast and get the yolks just right for dipping.

My grandma was stoic, too. She held deep within her private heartbreaks and griefs that were too big to bear. Often, I would catch her crying silently. I never knew why; she never said. But I did know that she’d suffered many great losses; burying her only husband, a child, and a grandchild before the age of 60. These griefs showed up in the ​​minutiae of everyday life. She kept a tissue up her sleeve which, when the pain came, she’d take out and use to wipe away the tears.

It amazes me now that she carried on as she did. She only ever circled the edges of her grief, observing it at a distance; she never explored its depths or allowed it to take over. It always stayed somewhere out there, on the periphery. Perhaps I’m more sensitive, but I don’t think I could maintain my sanity in the face of such profound losses. I’d break down in Aldi, in hysterics over the carrots and cabbages.

Lately, I’ve been thinking a lot about her and the other women in my family. We’re all women, on my mum’s side. And each of us learned early on, from our mothers and grandmothers, not to make a fuss. We felt it in side glances and raised eyebrows; in the questioning looks whenever a new opinion was put forward or an idea refuted. Don’t make a scene. Don’t take up space. Don’t get too big for your boots.

My grandma, despite her endless love and warmth, used to say these things to me. She sensed an inner wildness, a discontent. I was prone to daydreaming and impossibly stubborn. “We’ve never had one like you before,” she’d say to me.

Working class women inherit an identity; one that’s designed to keep them small, unnoticed. My grandma, with her untapped sorrow, embodied this completely. I often wonder what she’d have done if she’d had some faith that she could take up space in the world – explore it a little.

Now, I think of her home. It was cosy and, like her, unassuming. It wasn’t sparsely furnished, but everything in it dated back to the 70s. Presumably, this was the last time she’d had enough spare money to redecorate. The walls were covered with foamy, 3D flocked wallpaper. I’d press my fingernails into it, wondering when tactile interiors fell out of fashion. And, alongside the obligatory family portraits and holiday photos, she’d hung a copy of L.S. Lowry’s Going To Work in the lounge.

It always struck me as a fairly awful picture, and my opinion of it hasn’t changed. It’s bleak and colourless. The faceless crowd of matchstick characters – factory workers, of course – flock with their heads bowed, carrying the weight of their hardships on stooped shoulders. Behind them, in the background, stands an ominous red brick building set against a washed-out sky. The original painting was commissioned in 1943, at the height of the Second World War, by the War Artists Advisory Committee. Today, it’s agreed that the Committee dealt in propaganda; works were commissioned to raise morale and Britain’s image abroad. When I look at Lowry’s piece now, it strikes me that these folk, these nameless figures, had their lives assigned to them, conscripted to the army or to a life of industry. Whether or not he intended it to be, it’s the working-class condition, the very worst bits of it, reproduced in oil on canvas.

So it seemed strange to me, at the time, that this should be the one piece of art my grandma would choose to hang.

Now, though, I see that this picture spoke to that inheritance. You have two things, it said. The factory and the family. So, of course, that’s what she hung. For her, it represented the two things that she, a working-class woman, lived her life by: honest labour and community. But I felt differently about it. To me, this picture represented everything I wanted to escape. And to want anything else, to even consider it, would be a betrayal; a radical rejection of my destiny.

Because the truth is, life is hard without money or prospects. And now, many of those factories – those pillars of community – have gone. I left as soon as I was able to do so, fleeing to the city. What else was I supposed to do? These streets are paved with gold, after all. I’m too sensitive, too much, for that place. Unlike her, I can’t hold it in. I cry at the smallest things. I don’t have tissues up my sleeve, but my heart’s up there, somewhere. I’ve lost that hardy outer shell that working-class northerners have. I’ve gone soft. Hell, I’ve gone vegan!

Again, I think of my grandma and her grief. What did she see, I wonder, when she looked at the Lowry print that she bought all those years before? Did she recognise her parents in the crowd? Did she ever pause before it and think of what else might have been? Or, in seeing the faceless characters – void of emotion – was she reminded not to cry?

It’s funny what we remember, and how big the littlest things can be.


The above is a personal photograph. I believe this picture holds a different message for different people. For me, it holds two messages. The first reflects the journey I’m going on through my own life.

Though I have had both light and dark in my life, the experiences taught, morals I hold and choices I have made, show who I am and who I am becoming. I still have a long road ahead of me; different paths and walls I have to walk past. The curves represent the obstacles I am facing and have yet to overcome.

This picture also feels as though we’re entering a fantasy, a wonderland, helping to represent our poisonous addiction to technology. We can become so invested in computers, yet there is a world away from technology. A beautiful existence that was here long before technology was invented and long before our minds became consumed with it. There’s something slightly ‘off’ about looking at nature through a screen!

I like the texture on the trees, as it shows not every journey is straightforward. There are bumps. Thinking about the picture in this light leads me to think about what the exact same photo looks like when frozen in time. This picture could have been taken at any moment, even in a time when technology didn’t exist. So I made a grey scale picture to illustrate the passing of time. There is something haunting and beautiful about doing this.

I’ve put the following two pieces together because I feel they reflect two important elements of the human condition. You’ll recognise the first image as the title image of last week’s Showcase. 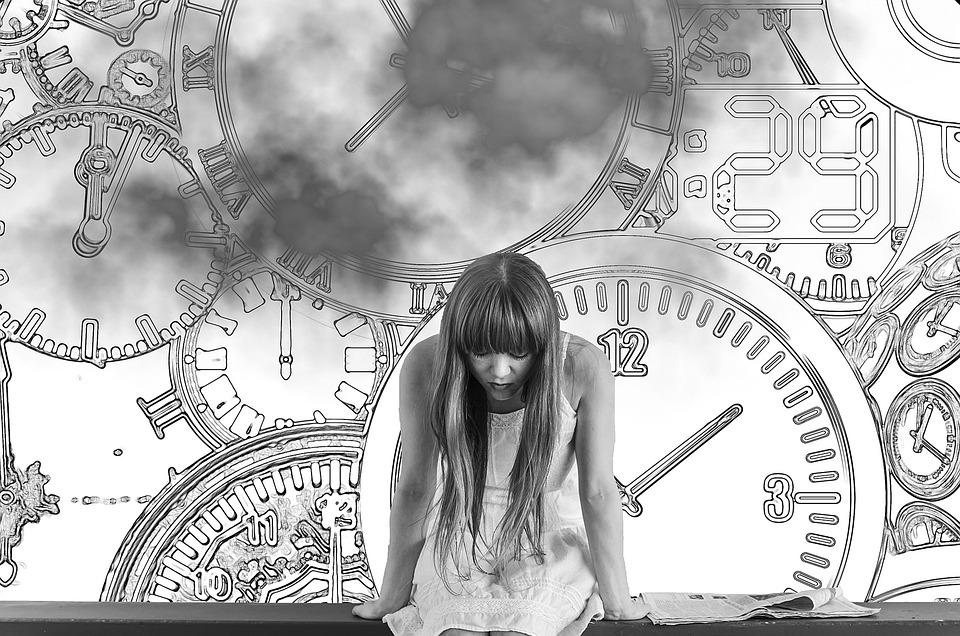 The image from last week depicts how quickly time is moving by. This is shown through the use of different clocks and times. The vulnerability of this young woman represents the hardships of time, and how time and the negative events which occur can impact our mental health.

This next image is a poem by young writer, Laila Fatnassi, telling us what love means to her.

To my mind, this connection of anxiety and love, reminds us of how so many troubling things can be overcome if we allow ourselves to focus on the positive.

I hope you’ve enjoyed this week’s showcase. I’ll be sharing some more wonderful submissions next week. 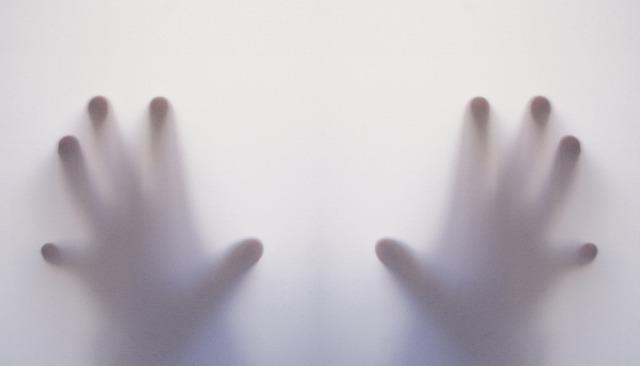