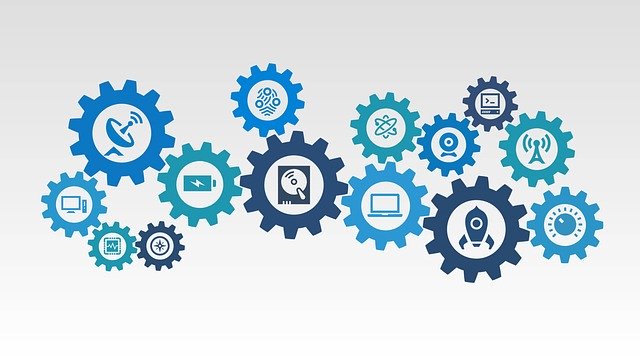 This winter, we were burgled. A laptop had been pulled out of a cupboard along with its expensive bag, only to be discarded. It wasn’t worth stealing; no built-in camera or microphone. Actually, the desktop I use for most of my writing has neither of those features either.

It makes you think about people relying on technology in these lockdown times. Not everyone has the tech.

We’re lucky: with smartphones, a younger laptop and some smart devices, we’ve been able to turn up for Teams and Zoom meetings and have been ‘Housepartying’ our way through the long days since March. We have been able to meet all our obligations, both work and social. And we’ve not suffered too much from being cut off from the world.

Many, though, do not have the luxury of modern technology. Making a video call on a traditional landline is impossible, as is being part of the jokes on WhatsApp if your phone isn’t able to open them. I also know, some people have been having trouble deleting posts that are clogging up their phone memory, making it hard for them to use it properly. The saddest thing I heard was a friend trying to speak to her elderly mother using FaceTime. Because her mother was holding the iPad like one would a traditional phone, she found herself FaceTiming with an ear!

Schools have been proactive in getting online lessons and meetings for their children. Although they will have surveyed and checked that students have access to a computer or a laptop, they may not have dug any deeper than that. For example, some families might only have one computer between them: five people trying to use it with Mum or Dad taking precedence because they work from home. I’ve heard of schools lending iPads and laptops. This does help, but not every child has space to sit and quietly engage with lessons at home. It has become clear, though, that most are very good at using their smartphones for a variety of reasons and this must have helped, especially if they have access to broadband or free WiFi. It is worth remembering that there are no libraries open and those who might usually have gone go to cafes and bars for free WiFi will have been at a loss also.

As for the teachers and the schools, technology has brought extra work and new challenges. They’ve had to learn to teach online, using new and difficult-to-learn programmes. Teaching in this new way has meant learning new techniques and getting up to speed with the programmes. Although many will have become used to putting work on online platforms, being faced with the challenge of managing groups in virtual classrooms goes way beyond that. Having said that, school leaders have been making good use of YouTube training videos and other tools, sending relevant links over to support teachers working from home. It’s been full-on for the ICT support teams though,  the task of supporting their colleagues getting to grips with this tech has been never-ending.

And these online resources aren’t necessarily right  for everyone, either. I’ve heard of a deaf teacher who is finding it hard, as he can’t easily pick up the non-verbal cues he’s used to recognising when teaching. Being able to see students’ lips adds to his understanding of what they’re saying to him. Many students depend on visual stimuli and bright colours to help make things easy to access and, of course, these aren’t possible in the jigsaw of faces that is a Zoom meeting.

I’ve also heard parents and grandparents say that these online lessons may have smaller groups attending, but it’s still not easy to get the kind of help you might get in class when a teacher can come and look over your shoulder to help with a maths problem or, to look at your first draft of writing. Sadly, some youngsters will do the computations they can manage and then give up!

Lots of workers are praising the benefit of working at home; they are saving hours when they would be commuting. They can have meetings in their tracksuit bottoms and slippers (have you seen the clip going round of the man having a serious meeting who looks as if he had no trousers on? I’m not sure I believe his explanation that he was wearing shorts). It’s lucky that we’ve had good weather; working from home might not be as easy if there was worry around meeting heating bills. When I hear friends and family explaining the benefit of working from home, I think of my young friend in a house-share who does her work perched on the edge of her bed as there is no other space for her to work. She’s only able to use the kitchen on a rota basis, so has to time her drinks and snacks.

For university students, we’re hearing they are missing the contact, the discussion and the atmosphere of learning. They can access books online – but can’t wander around a library perusing the volumes at leisure, hoping they’ll inspire. Liam, a second-year student told me he’s missing the library and taking books out. He added: “I miss the feeling of using a pen and paper! I’m writing all my essays online,” adding that it “felt odd writing birthday and Father’s day cards. But I guess it’s all good now it’s at my fingertips, but I feel like reading hurts my eyes more when it’s on a screen.”

I’ll leave it to Liam to have the last word, and I’m glad he’s able to end on an upbeat note. Maybe our old question about whether you’re a glass half-full, half-empty person could be adapted post-corona to: “Were you a plugged or unplugged fan in 2020?”

It makes you think about people relying on technology in these lockdown times. Not everyone has the tech.