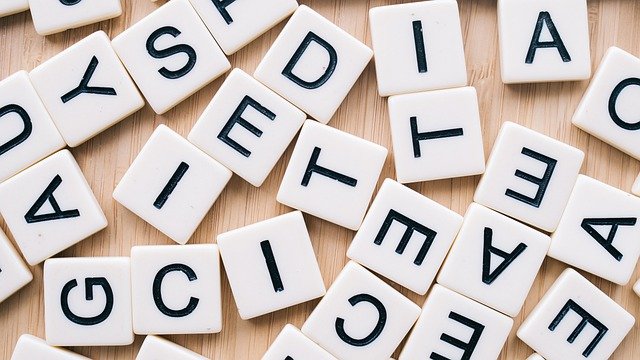 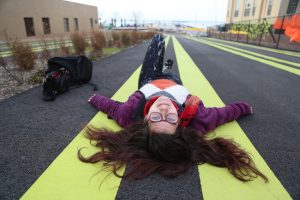 Time softens most shards of glass. I didn’t know how long the iridescent remains of beer or mineral water bottles had been on the asphalt in the courtyard of École Jean Moulin, but to my nine-year-old self, they were infinitely fascinating. They’d become soft enough to touch, so I’d pick them up and put them in my backpack as part of a collection of rocks and trinkets I was amassing. I rarely stayed long in the lunchroom, instead electing to wander the courtyard while the Bretagne wind whipped my braided hair. I was a picky eater, and the French custom of serving actual food rather than flimsy burgers and milk cartons at cafeterias was something I’d never gotten used to. As a result of this, I’d gotten rail-thin. My thick, bushy hair looked like enormous burrs growing on a slender birch tree.

I was scarcely nine years old when I left my life behind in Inwood, a hilly New York neighborhood where Manhattan touches the Bronx and traded it for Rennes, a university town in central Bretagne. My father had a job teaching American high school students at School Year Abroad, and my family had packed up and moved. I didn’t really have close friends I saw often until I was around 13. I was one of those children who seemed much older than their actual age and had trouble relating to other students at the prep school my father taught at, which I’d attended since kindergarten. Instead, I corresponded with a friend who lived several States away, who I wrote short stories with over lengthy gmail threads. And I talked to librarians and older teenage neighbors, so it wasn’t as though I was totally alone. But in Rennes, I experienced what it was like to have absolutely no friends at all. To know nobody. To not even be able to speak to most people. This was one of the greatest gifts I’ve ever received in my life.

Before I went to Jean Moulin, a school with some English-language instruction, my family tried putting me in a French public school, Camille Claudel. I couldn’t even tell when exams were taking place and frequently embarrassed myself in front of everyone around me. Once, I had the misfortune of passing gas, and a gaggle of French boys burst into laughter and cried, “Tu as pété!”—”You farted!” — every time I walked past them. But it was at Camille Claudel when I felt the most miserable and alone, that I realised I was not completely powerless. Though I was the frequent target of bullying, as an American, I was also something of a novelty to my classmates. One of the boys who tormented me asked me, “Que ce que c’est ‘tu as pété’ en anglais?” He was inquiring how he could torment me with this phrase in English as well as French. To this day, I don’t know why he expected to be given a truthful answer. I coolly responded with,  “Ah, en anglais on dit.” “I am stupid.” My mother later reported at a parents’ visiting day that she heard the boys running around yelling that to each other, as though I had given them a legitimate English translation.

Though this is a humorous story I pull out at parties now, Rennes was where I learned the creativity and ingenuity that would one day turn me into a novelist. I learned the power of language, because it was the only thing I had. I was alone with my own thoughts, 24/7, with my mind smushing French and English together to occupy myself by daydreaming, or writing in a journal. It imparted a fearlessness in me that has been invaluable in my writing career. Many authors fear the blank page. When I worked in education, one of the most frequent complaints I heard from students was that they couldn’t start, because they were afraid that what they wrote wouldn’t be good enough. Though I have plenty of other writing hang-ups, the fear of failure is not one that plagues me often. At a young age, I learned that I could rely on my own thoughts and didn’t need anyone around me to speak the same language in order to come up with my own ideas and assert myself. And whatever I was afraid of—what’s the worst that could happen? I was already completely alone in a foreign country with nothing but my own abilities.

Though I was angry and miserable for much of the time I lived in France, upon reflection it was a turning point in my maturity. I now look back on the ornate rose gardens in Parc Thabor, the ‘Loisirs’ on Wednesday—a mid-weekly day off from school, another culture shock for me – where I worked on a local farm and got bitten by snaggled-toothed white geese, the apples I ate for breakfast on the public bus while I Gotta Feeling by the Black-Eyed Peas played on the stereo and I watched the sun come up over the trees. I think that was where I learned the eye for detail that turned me from someone who was simply interested in storytelling into a professional writer. It wasn’t sitting in workshops and getting a diploma. It was having to confront my own thoughts and be alone with myself. That’s not to say that formal education isn’t useful, but that I believe the discipline necessary to become a writer develops out of the situations that force you to have guts. There are hundreds of MFA programs out there that promise connections and educations, but certain things can’t be taught in the classroom.

Just recently, I was on the Amtrak back to Pennsylvania from my book launch in New York, and I struck up a conversation in my now somewhat subpar French with a Haitian man who had questions about where the train was stopping. We spoke in a combination of French, Spanish, and English, and it brought back memories of my time in France and just how much wisdom that experience gave me. “La vie est très compliquée,” my new friend and I agreed, as the conversation turned to life experiences and how difficult it was to find people who could communicate with you. “Life is complicated.” Worlds away from you, whole countries and societies have built-in languages you can’t understand a word of, and each human being lives in their own unique stream of thoughts. As hard as we might try, we can never share our inner lives with each other in their entirety. Having self-assuredness and tenacity as creative writers, and making the effort to learn the languages of other places, are perhaps ways we can get close to sharing our brains with others. In a lot of ways, I’m still fascinated by the beauty in shards of glass that otherwise would be garbage.

Emma Riva is the author of Night Shift In Tamaqua. She is a shortlisted Wilbur and Niso Smith Foundation Author of Tomorrow, and a graduate of Eugene Lang College at The New School. Emma lives in Pittsburgh, Pennsylvania.

Rennes was where I learned the creativity and ingenuity that would one day turn me into a novelist. I learned the power of language, because it was the only thing I had.