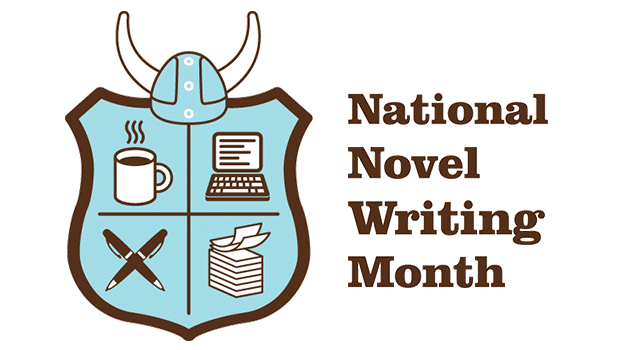 The first, which started when I was 13, is unfinished. It’s called Necropolis, which probably tells you all you need to know. It’s a weird, angsty, stream-of-consciousness dystopian thriller (some might call it a ‘mess’), with a plot that doesn’t go anywhere, characters who speak only in repetitive metaphor, and gratuitous violence. Re-reading it now, I can discern while cringing intensely, imitations of the authors I was fanboying back then: Joseph Heller, Philip K Dick, and Mervyn Peake (I was a precocious teenage cliché, yes). I managed 65,000 words in two years until I wrote myself into a corner and found I lacked the discipline and skill to write my way back out of it. The last sentence is still incomplete, and part of me is sad that it will dangle forever with no resolution. Another part of me is relieved I put Necropolis out of its misery at that point, before it could get out into the world and make other people miserable, too.

The second, The Snare (a much better title, which I recycled for a much better short story in 2018), was begun when I was 16. I did finish it, which I suppose makes it superior to Necropolis, although that’s a bit like saying that one rotting fish behind a radiator is superior to two. This novel – which, like Necropolis, will remain locked away forever – is more coherent, but still heavily influenced by other works; in this case, Trainspotting. As in Trainspotting, characters in The Snare speak in dialect and do and say horrible things to each other. Unlike Trainspotting, The Snare is bad. The first draft was 93,000 words, but I couldn’t bring myself to start a second. The prospect of editing it felt too much like putting up shelves while your house falls into a sinkhole.

And then, at 21, I stopped writing for a decade, discouraged by my two failed ventures and distracted by a new career that required a lot of self-development. I occasionally wrote dreadful poetry in this interval, but I didn’t attempt prose again until what I (and only I) like to call ‘Wixey’s Revival Period’.

That came in 2018, when I started writing again, sticking to short stories and plays and focusing on developing my own voice. This time I actually sent things out into the world, submitting to competitions and scratch nights. In between rejection emails, I’d occasionally have some successes, like winning the Pen to Print Short Story Competition in 2019, which was wonderful and restored some self-confidence.

But the spectre of the novel, the pinnacle of my writing ambitions, still loomed large. Was I good enough to get one published? Would anyone want to read it? I didn’t know, but I still wanted to find out. I had an idea that wouldn’t leave me alone, so I wrote an outline and first chapter and applied to the Pen to Print Book Challenge in September 2020.

And then, itching to get started whilst waiting for the results, I heard about National Novel Writing Month (NaNoWriMo).

NaNoWriMo began informally in 1999, with a few friends challenging each other to write a 50,000-word novel in a month. Now, over two decades later, hundreds of thousands of people take on the same challenge annually.

It takes place every November, and you’ve got 30 days to write 50,000 words, which means a daily target of 1667. The percentage of ‘winners’ (anyone who completes the challenge is awarded the title) varies, but is usually around 15%.

Of course, 50,000 words is too short for most novels, so many people extend the challenge into December, or try to squeeze more words in during November. You can also commit to a ‘Now What?’ month in January, where you edit your rough manuscript. It’s completely up to you.

That’s one of the best things about NaNoWriMo: flexibility. Some (‘Rebels’) write anything but a novel: screenplays, poetry pamphlets, collections of short stories. Some (‘Planners’) have an outline; others (‘Pantsers’) freestyle it. A few, incredibly, write the entire 50k in the last weekend of the month. I have no idea why, but hey if it works for them…

So, if you want to try it this November, sign up (for free, at nanowrimo.org). You’ll get a dashboard where you can record your daily word count, accumulate progress badges as you hit various milestones, and access the very supportive forums, which are full of advice, tips, and guides to NaNoWriMo.

Now, you might be thinking: 50,000 words in a month? Surely the end products are awful! Well, as someone who has written some awful fiction, my rationale was ‘it can’t be worse than what I’ve done before’. I would, if all went well, at least have a completed first draft. And part of the joy of NaNoWriMo is putting what the organisers call your ‘Inner Editor’ in the hutch for a month: letting go of self-doubt and nitpicking, and only writing. NaNoWriMo is about getting your story on the page, and worrying about the editing later. Not everyone agrees with this approach, of course, but that’s fine too. It’s your month, so you can write however you like; nobody’s looking over your shoulder, and you don’t need to upload your manuscript anywhere. Think of it as a time-limited framework to help you to complete a project.

It’s a supportive environment, too, which I needed. What I loved about the experience was how kind everyone was – something especially important in 2020. From the emails with pep talks from authors to writing sprints and the handwritten postcard I got from the London chapter encouraging me to keep going, there was a genuine sense of community and togetherness. For each of those 30 days, I wrote, knowing that hundreds of thousands of people across the world were working towards the same goal, and there’s something very reassuring in that.

So here’s a week-by-week diary of writing my NaNoWriMo novel, followed by some tips.

Starting at midnight on the 1st, I get off to a flyer, and follow my outline closely, although a flash of inspiration takes me in a slightly different direction. I thought I’d struggle to do 1667 words daily, but I’m surprised at how easily the words come when I’m not triple-checking every sentence and second-guessing an imaginary reader. I realise I’m incurring some editing debt for later, but I’m on target and the story’s moving. After a few days I’ve established a comfortable routine: write a thousand words after work, and the rest late at night.

A UK-wide month-long lockdown begins this week, so there are few distractions.

NaNoWriMo’s second week is infamous; many people’s initial enthusiasm wears off and the routine drags. I don’t do too badly, buoyed by hitting the 50k target and seeing a burst of virtual confetti on my stats dashboard. I do, however, have what would turn out to be my worst day for word count (2519).

In terms of the novel, what seemed like a rock-solid outline now occasionally appears structurally unsound. But I carry on, caught up in the story, and take time to add notes about obvious areas for improvement.

Interestingly, I’d envisaged struggling during the week and bringing my word count up to par at the weekend, but the opposite has been true so far.

What looks like a huge week is largely the result of one anomalous day of 15,000 words, by far my most prolific.

My attitude to my novel changes regularly. On some days, like the 15k wonder-day, visions of agents and publishers hugging me in gratitude and delight enter my exhausted mind. At other times, my previously rock-solid outline wobbles like jelly when I prod at it, and I’m acutely aware of every cliché and clumsy sentence in what is obviously an inept mockery of literature.

At least I’m not stuck, and while there are structural flaws (which I continue to note down as a favour to Future Matt), I know how I’m going to fix them.

My routine is firmly established. Each night I automatically go to my desk, without any thought of anything else. I can’t even remember what the Netflix start-up drums sound like. But I’m enjoying it, in a way I haven’t enjoyed writing before. It’s the freedom of just telling a story, without worrying about whether I’ve used the word ‘suddenly’ too much.

This week I receive my postcard from the London chapter, which gives me a boost, although I fret about finishing the novel in time.

My fears turn out to be groundless. I finish my novel on the last day with a final burst of 7000 words.

I’m tempted to read the whole thing now, but I committed to taking December off, so I take a deep breath and close the stats dashboard for the last time.

The draft needs work. There’s more research needed, plot-holes to fix, and a lot of editing to come. But I’m looking forward to the rewrite already, and a fortnight later, I’m thrilled to learn that I’ve been shortlisted for the Book Challenge, so I’ll have a year and the help of a mentor to rewrite my unsightly NaNoWriMo draft and make it ready for publication.

Now for a well-deserved month of Netflix and sleep.

And as promised, some tips:

Final thought: if you’d asked me when I was writing Necropolis or The Snare, if I’d ever participate in NaNoWriMo, I would have said no. “You can’t write a novel in a month,” Hypothetical-Me would have said, probably with an insufferably smug expression. “Proper novels take years.”

Well, every November, thousands of people prove Hypothetical-Me wrong, and in 2020, so did I. Not all the completed novels get published, of course (and some people aren’t aiming for that; they just want to see if they can write a novel). All of them, including mine, need revision and editing before going out into the world. But some of them make it. A few have even become bestsellers.

So what’s stopping you? Worst case: you lose a month. Best case: you write something others want to read. Either way, you’ll have a story to tell.

If you’re interested in taking part in NaNoWriMo this year, visit their website and sign up: nanowrimo.org NaNoWriMo also runs events called ‘Camp NaNo’ in April and July which have the same writing targets so you might even write three books in one year!

Matt Wixey is a writer from Redbridge. He started writing (again) in 2018, and has since had various short plays produced at London fringe theatres and online. In 2020 he won the Hammond House International Literary Competition in both the short story and screenwriting categories, and was longlisted for Channel 4’s 4Screenwriting scheme. He is a previous Pen to Print Short Story Contest winner and a member of the London Library Emerging Writers Programme. Matt enjoys writing horror, sci-fi, and dark comedy, particularly about the interplay between science, technology, and culture. When not writing, Matt works in cybersecurity, studies for a part-time PhD, and collects typewriters.

One of the best things about NaNoWriMo: flexibility. Some ('Rebels') write anything but a novel: screenplays, poetry pamphlets, collections of short stories. Some ('Planners') have an outline; others ('Pantsers') freestyle it.