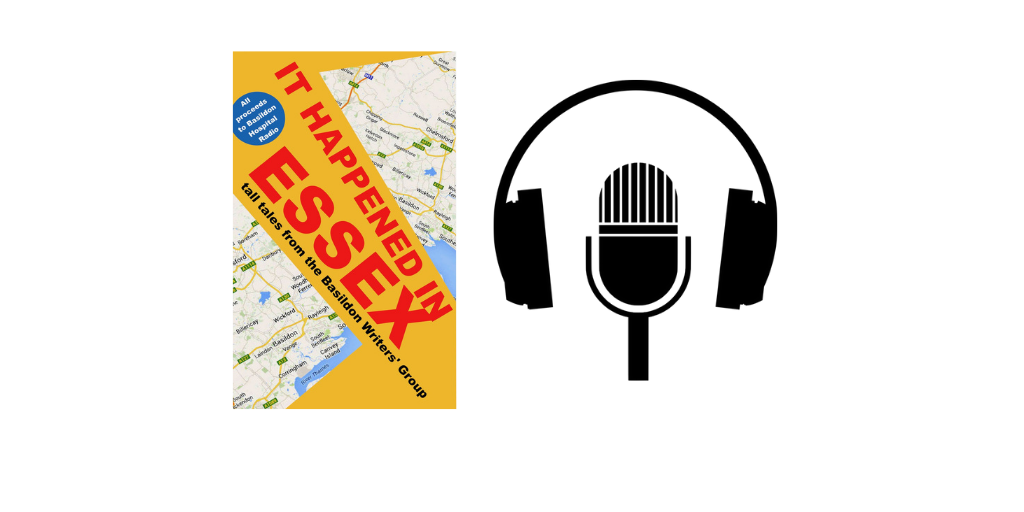 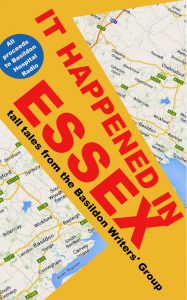 It’s not often that two branches of the arts get to work together on a fund-raising drive for NHS volunteers but, recently, Basildon Writers’ Group released a book to help raise much-needed funds for Basildon Hospital Radio, BHR 87.7 FM.

The volunteers at the radio station had to leave their studio when the hospital went into lockdown with COVID-19, of course. They usually broadcast to staff and patients 24/7, but with no studio, or access to their equipment, they had to reinvent themselves within weeks and get a licence to broadcast on a local FM frequency and the internet.

How they managed to patch together the programmes to cover 24 hours a day, so it sounded as though they were live, was a wonder of technical wizardry; the equivalent of Blu Tack and gaffer tape!

However, they could no longer raise the much-needed funds to pay the bills. Then, in stepped Basildon Writers’ Group, with an offer to donate all their royalties from their new book. Last year, at the invitation of Chairman, Jacqui James, many of our writers had been on BHR, reading their stories.  Jacqui also has a programme on Basildon’s local community radio station, Gateway 97.8FM, and our group had, until the pandemic, a slot called Book Club, featuring one of our writers each month.

We also do outreach work with a local primary school. The Book Club hour to showcase their work was such fun! Lots of proud parents and grandparents tuned in to that programme; the children had a ball.

Basildon Writers’ Group is just a small affair, with a limited membership of ten people and one single rule. Everyone attending has to bring along a piece of their writing: fiction, poetry, non-fiction, even scripts for plays or television (still waiting to get one of those accepted!), to read out. This means the meetings take a long time, as each contribution is discussed in a friendly critical forum. Since COVID, we meet every month by Zoom. It’s not as good as meeting in person, but better than not meeting at all.

We decided to write an anthology during 2019, but other commitments meant we had to postpone it until later this year, as we wanted to try for the Christmas market. We knew other groups had published their own books but had no idea how successful they’d been. We made several decisions early on, as COVID became a factor.  Firstly, distribution was going to be difficult through shops. Even if were able to persuade some of them to stock our book, many had to close, and we couldn’t risk that situation when the book came out.

We were lucky some of us had self-published through Amazon, and we had a professional book illustrator and an editor in the group. Distribution ticked.

Deciding on the contents took some discussion, as the price point we wanted to achieve, £4.99 paperback and £1.99 Kindle, had an effect on the total word count.  We estimated approximately 30,000 words would enable about one pound royalty on either format. So, what to write? Ten, three thousand-word stories, or combinations of shorter contributions? In the end, we did neither. One of our members suggested a fractured fairy tale – a traditional fairy story told from a different perspective, or set in a different age, or with a twist.  We did all three.

Now we had the first part of the book with ten individual stories set in Essex, or, more specifically, Basildon, each around two thousand words. Then, part two, the first half of a ‘revised’ ‘Sno’ White and the Witch, followed by ten different versions of how the story ended.  Imaginations ran wild. If I mention that one involved ‘Sno’ and the witch taking part in a pole-dancing competition, and that, in another, the broomstick had a Harley Davidson motor, you’ll get the idea!

Part three was the bios of the writers with references to all their publications.

The title was chosen from half a dozen after we had the main stories written. It Happened In Essex identified the geographic market we expected to provide most of our sales, and the bold cover design emphasises that.

Writers are, by nature, very individualistic, some would say anarchic. Getting ten writers to stick to a tight schedule brought to mind the herding of cats. Registering the book with Amazon led to the primary author being Bas Write, and I won’t go into the dealings with the IRS in America to get the payments made directly to a voluntary organisation!

Amazingly, we hit the scheduled date for publication with only two weeks slippage, having gone through many editing iterations, including on the day the first eBook was available.

We didn’t launch the book for three weeks after publication, as we had a marketing plan which involved getting local personalities on board with quotes and photos: the Basildon mayor, a local MP and a previous MP, now Baroness Smith of Basildon. With those as bastions of integrity on board, we then tried for well-known names with connections to Essex. We were lucky to get an immediate response from Richard Madeley:

“Basildon Writers’ Group and Basildon Hospital Radio are one of the good things to come out of the COVID crisis – as an Essex man myself, I’m proud of them.”

As yet, no response from anyone else we’d approached, but we had enough to launch, which we did with our first video on Sunday 18th October. Other videos went out on Monday, Tuesday and Thursday, with massive efforts to ‘Like’ and ‘Share’ by the ten writers and all the volunteers on BHR.

We’d also limited the first published book sales to authors and selected people who guaranteed to review on Amazon, so we could aim to hit the highest placing on Amazon charts when we launched. By launch day, we had seven good reviews, mostly five-star. And we’d hit our target: one hundred copies sold within a week of the launch!

Link to It Happened In Essex on Amazon: mybook.to/ItHappenedInEssex

Link to our promotional video: www.youtube.com/watch?v=dxlPfmWe35I

Issue 7 of Write On! Magazine is out today. Find it here.

It’s not often that two branches of the arts get to work together on a fund-raising drive for NHS volunteers but, recently, Basildon Writers’ Group released a book to help raise much-needed funds for Basildon Hospital Radio, BHR 87.7 FM.