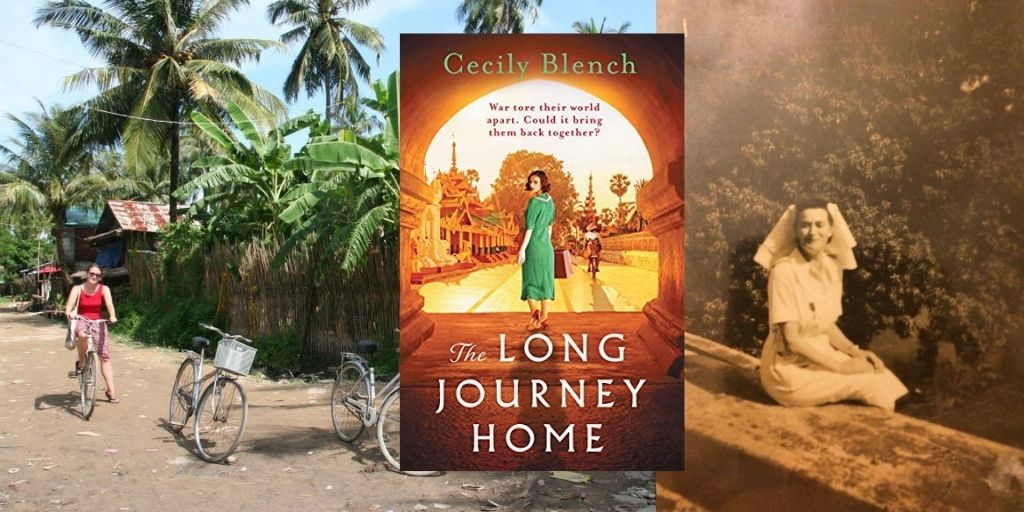 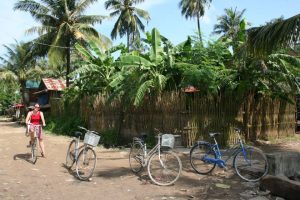 Throughout my twenties, I quietly harboured the conviction that one day I would be a published writer. The only problem was that I wasn’t writing anything. After a few months in Asia in 2013–2014, I had worked, on and off, on a travelogue, but I knew deep down that my tame ramblings through Myanmar, Cambodia and other countries that were then on the backpacker trail were unlikely to make me the next Paul Theroux.

Eventually, I laid it aside and there were a couple of years when I wrote nothing at all. I knew I wanted to write and to be a writer, but I couldn’t see how to start. The idea of writing an entire book was overwhelming when even a few hundred words was a struggle, and I had no idea how to structure a book. I thought I wanted to write non-fiction, as that was what I mostly read, but I had very little material to work with. I had a London-based desk job and my dreams of exploring the world and writing about it seemed remote.

My grandmother was one of the main inspirations behind my desire to see the world and do something exciting with my life. She had been in India and Burma during the war as a British Army nurse, and the tales she told me were thrilling. It seemed amazing 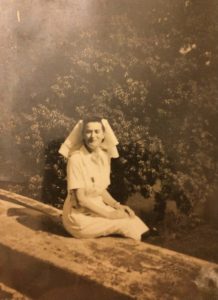 that the woman I knew, widowed and living alone in a small Herefordshire town, had once spent years under the hot Indian sun, nursing on the front line of a bloody conflict.

I made notes about the things she told me, with the vague idea that I might use some of her experiences as the starting point to a book. I even tried to interview her once, with the aid of a tape recorder, but her memories were becoming cloudy and she found the process frustrating, so our sessions petered out.

In 2016, Grandma died at the age of 101. I was ready for it, but it was still a blow. Our main consolation was that she had lived and died well, that her departure had been peaceful. She was ready to go; that had been clear for some time.

A few months after she died, I found myself writing. I was thinking a lot about Grandma and what constitutes a good life, which naturally led me to assess my own life and what I wanted to do with it. My uncle had put me onto a book called The Maturing Sun by Angela Bolton, a nursing colleague of Grandma’s, which mentioned her several times by name. I wrote an article about Grandma and the book and sent it off to Slightly Foxed, a lovely magazine about forgotten books. They accepted it and, what’s more, paid me well for it. It was as if someone had taken me by the hand and said: You can write.

More articles followed for various publications. Some were accepted and some were rejected. It hardly mattered – I had the bit between my teeth. Then, in late 2017, it occurred to me that I should try to write a novel. I knew roughly what it would be about: Burma, probably during the Second World War. I had read and dreamed about Burma for years, and since spending a few months there in 2013, I had been mildly obsessed.

I had no idea who the characters were or what the book would be about; I barely knew what had happened in Burma during the war except that it had been invaded by the Japanese. But I remembered a hotel that I had been to for tea, on the riverfront in Rangoon (now Yangon), which had stood for over a century. I pictured it again, saw the lazy ceiling fans and the marble floors, and imagined them through the eyes of a new arrival, someone standing outside on the hot street, in the middle of the last century, as war raged out of sight. I wrote the words: The Strand Hotel had seen better days. 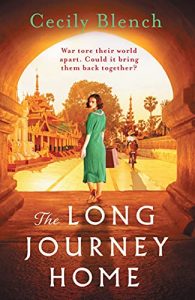 This was the first line of what later became The Long Journey Home, and while that scene didn’t make it into the final draft, it was the catalyst for all that came next. There was no outpouring of words – I was achingly slow, sometimes only writing a few hundred words in a month. I began with a young man, Edwin, adrift in the city, and then found a woman, Kate, increasingly dominating the story.

I read everything I could get my hands on about the war in Burma. I had no idea that hundreds of thousands of people had been forced to flee the country to India, knew nothing about General Aung San and his men, who first allied with the Japanese to overthrow the British and then later returned to the Allied fold to enable the retaking of Burma.

I learned what life had been like before the war, how the Japanese treated civilians who were left behind, about POW camps, and what it was like in India for those who survived the journey. I read Grandma’s wartime diaries, soaking up her descriptions of Calcutta and nursing life, and visited the British Library to read the handwritten reports of others who had been caught up in the war in Burma.

The story crept along. I remember texting a friend to say that I had reached 20,000 words – it seemed an unthinkable milestone. I did not write in any linear way. Whenever I got stuck, I tried something else – a scene from further ahead that I had already thought of – and used this as a goal, something to work towards and use to shape the story in between. I had no clear ending, and much of the middle was murky. But I was writing.

I had no sense of when or if it would ever be published; I just hoped to finish it, then I planned to look for an agent. In early 2019, about 18 months into writing it, I read about the Wilbur Smith Adventure Writing Prize and decided to enter. The book was unfinished, and I blithely reasoned that it didn’t matter, as I wouldn’t win. I plodded on, slowly adding to the manuscript, and by the time it was shortlisted a few months later, I had a rough ending.

Shortly after this, for the third time in my life, I left my full-time job with nothing solid lined up. I had had enough of working in a dingy office. It was unrelated to the prize – I had wanted to go freelance as an editor for ages, so that I could travel and work at the same time – but having this nearly-done book made me feel sure that writing, too, lay in my future. It was time to embrace uncertainty, and take the risk that a life of editing, writing and travelling, and being my own boss, was within my grasp.

The book won the prize in September 2019 and went through rigorous revisions with the editor at Bonnier Zaffre, who were publishing it. I know many writers feel protective towards their work, but I was fairly relaxed about having to make changes. Publishers are experts and know what will sell. I made some substantial changes and fleshed out characters who had been walk-ons. I added a little more romance and removed characters without purpose. I did more research and fixed as many factual mistakes as I could find, although I imagine many more made it through. I polished the writing; it is very pleasing to write what you know is a beautiful sentence, and there are several in The Long Journey Home of which I am very proud.

I knew from working in publishing that the process was glacial, but in the end it seemed hardly any time had passed when the book was finally published in June 2021. It had taken just over three and a half years from conception to publication. Nothing has changed radically since it came out; it has had some nice reviews and people have sent many lovely emails. I am proud of my first novel, and at the same time I know that I will write better books in future.

The change, the pivotal moment, came much earlier, and it wasn’t a moment so much as a process. In the space of those three and a half years, I have learned that I can write; that I have plenty more to learn; and that I may one day be able to make a career out of writing. From the writing wasteland of my mid-twenties, at 31 I have one book under my belt and am revising my second.

Ideas breed ideas. Five years ago, I couldn’t have told you a single idea for a novel. Now, I have more ideas than I know what to do with. While working on my second book – a wartime thriller set in the Mediterranean and the Middle East – I have been developing an idea for a third, and at least two other solid possibilities have presented themselves. None of them have any flesh on them yet, but they are something to work with.

I used to grumble when writing experts said, “Just write” – couldn’t they see it wasn’t that simple? But, annoyingly, I have learned that it is true. The only way to write a book is to start writing: write a sentence, then write another one. Eventually, you’ll have a paragraph. Write another one. It doesn’t have to be linear; if you’re anything like me, your manuscript will be a patchwork of bits, stitched together: a scene that came to you in a dream, a snappy bit of dialogue that sounded clever, a long indulgent sentence, the sex scene you wrote with red cheeks, hoping fervently that no one would ever read it. At some point you’ll look at the structure and see what’s missing, the new fragments needed to take you from here to there.

You’ll tear your hair out and take long breaks, some of them months long, and you’ll give up hope often. Or you might have much more willpower than I do, and power through to the end. You might not do it in fragments at all but know the plot already before you start. You might find writing easy. I don’t understand you, but I salute you.

It’s the hardest thing I’ve ever done, but I’ve known all my life that I wanted to be a writer, and I seem to have called my own bluff. I write in between paid editing work and hope to gradually alter the balance so that I do more writing and less editing. It will be a long time before I can do it full-time, but that’s fine. Me of five years ago would be astonished at the progress I’ve made. Many people would hate this lifestyle; it’s financially precarious and I rarely know how much work I’ll have next month. I often take on too much. But I have achieved much of what I hoped for: freedom, a creative life, and a future that sparkles with possibilities.

The Long Journey Home is available on Amazon

You might find writing easy. I don’t understand you, but I salute you!