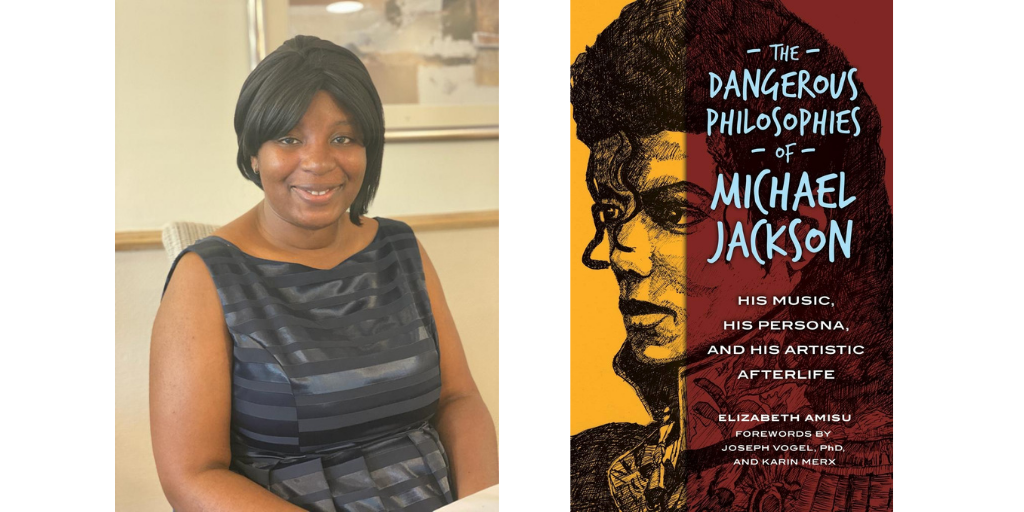 Rubbing Shoulders with Giants: How I Published My Academic Book On Michael Jackson

Before publishing my first academic book, The Dangerous Philosophies Of Michael Jackson: His Music, His Persona, And His Artistic Afterlife, I published the Companion To Michael Jackson Academic Studies 2015 for free. This inaugural edition boasted work from a wide range of academics in many forms: from journal articles and monographs to blog entries and essays. I wrote the companion with a view to providing the reader with a very strong overview of the challenges and interpretations around the artist’s work in the past 30 years. It can be accessed here: michaeljacksonstudies.org.

The first thing to consider (and to question) is where did I get the idea to write an academic book about Michael Jackson?  Michael Jackson himself is an inspiration but, for me, it was really a process that stemmed from 2014, when there was a big change for me, namely, a change of career.

I’d been a college lecturer for some years and was facing a real personal dilemma. One of my students had died in quite tragic circumstances. I had what they call a ‘quarter-life crisis’, where someone reaches the pinnacle of where they can get to in their profession and realises they can’t do what they are doing any more and find fulfilment. This was a really dark night of the soul for me and, in this darkness, I recovered a key part of my life experience, which is my love of Michael Jackson’s music.

In 2014, when my life was very uncertain, I went on a journey of research, rediscovering everything to do with the artist. At that time, I was ‘between careers’ not knowing what to do with myself. I embarked on a Masters degree at King’s College London in Early Modern English Literature, specialising in the works of Ben Johnson and William Shakespeare. There was a beautiful synchronicity of doing a qualification at King’s while researching Michael Jackson.

Then, on April 21, 2016, Prince Rogers Nelson tragically passed away. My academic book, The Dangerous Philosophies Of Michael Jackson: His Music, His Persona, And His Artistic Afterlife, was due for publication in a few months.  I felt there was much still to be said about both artists: Prince and Michael Jackson, so I gathered together a group of academics to discuss them. This discussion consisted of seven questions focused on the critical reception, biography, artistry and the worthiness of comparisons between the two artists and led to both unique historical and musical perspectives from guest contributors, setting a fantastic foundation for writing.

Early Modern research is great, but is intense and very demanding in terms of time, especially while writing Dangerous Philosophies. My Masters degree consisted of plays and the printed word from the Early Modern period and involved finding out about the early Caxton-style press with metal type. I loved every minute, as my studies taught me how to make a narrative from disparate things. In doing this, I discovered many connections, driving  an amazing cross-pollination between my MA and Michael Jackson.

When I started writing in my journal, I came up with an idea around all this. What I wanted to emphasise was the artist’s humanity. Even though he seemed superhuman at times, he was very much human. I wrote the first of 21 essays. My plan was to publish 12 of them on my blog for free and to put the others in my publication. Back then, this was on my Tumblr blog and was receiving around 90 shares a day; more action than it had ever seen! So, I started engaging with people on the subject of my essay, which is free to read online: Throwing Stones To Hide Your Hands: The Mortal Persona Of Michael Jackson. This can be found here.

The essay was all about Michael Jackson’s mortality. I started engaging with people online and suddenly, we were a whole community. I worked every hour I could on the project and getting many moments of inspiration. Before I knew it, I had planned out 21 chapters for my book; enough to start approaching publishers.

Around this time, I also published my second free essay, On Michael Jackson’s ‘Dancing The Dream’, which is also available here. The essays took off and I started making even more new connections.  I also realised there was so much more to be said, and the only person who would do this, was me.

When I got over the fact it was down to me, I started saying, “I’m going to do as much of this writing as I possibly can.”

I wrote the book so that every chapter would be like a little morsel in a box of chocolates. I wanted people to say, “That’s interesting! I never thought of that!”

As to the process behind publication, I started with a compelling title, then did a map of ideas and gave them some form of sequencing.  After planning each chapter, I would write three pages, without thinking. I can recommend both freewriting and ‘the Morning Pages’. Three sides of unstructured writing at the start of every day really gets the creative juices flowing. Writing an academic book is one of the most creative things I’ve ever done in my life!

The Dangerous Philosophies is 130,000 words long. I used  Scrivener and Microsoft Word software and, at the beginning, I didn’t include references, as I’d been encouraged to put my own ideas down first. It’s definitely important to support your ideas, but the first thing to do is to write them down.

Following on, my writing became more concrete with quotations and references. I tidied up the punctuation and spelling. This was passed on to my editor at Praeger (an imprint of ABC-CLIO based in Santa Barbara, California); the publisher who eventually chose to publish the academic book. I’m very fortunate my publisher was so supportive. They sent me a typeset with the images I wanted in my book. Finally, I was asked by Praeger to create an index.

Indexing was fantastic. I chose to create it by hand, a real joy to do, as I felt every word of the book was handcrafted for the reader. There were still a few more stages to go, though. The index went to the publisher and all of it came back to me. After this, the book went through the editorial process again, passing through several checks to ensure accuracy. Finally, in the autumn of 2016, The Dangerous Philosophies Of Michael Jackson: His Music, His Persona, And His Artistic Afterlife academic book and digital version went to print! 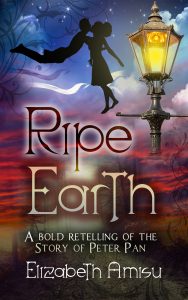 Earth and Gild Your Shadows, a collection of short stories.  All are available via Amazon Kindle and Lulu.com. I am most proud of the writing style of my book, Ripe Earth, which is a Twilight-Esque retelling of the story of Peter Pan. The main character is a girl called Gwen Oluran, who, on approaching her 18th birthday, can feel something changing and she meets Myron Myne. He is the king of a place called the Island where no one dies… unless he kills them. Ripe Earth is a standalone novel. Gwen’s life balances on a sword’s edge and she must find a way to escape. I chose to write a story that focused on the dangers and challenges of immortality. The book was written in a style for budding writers to learn from.

Writing an academic book is one of the most creative things I've ever done in my life.