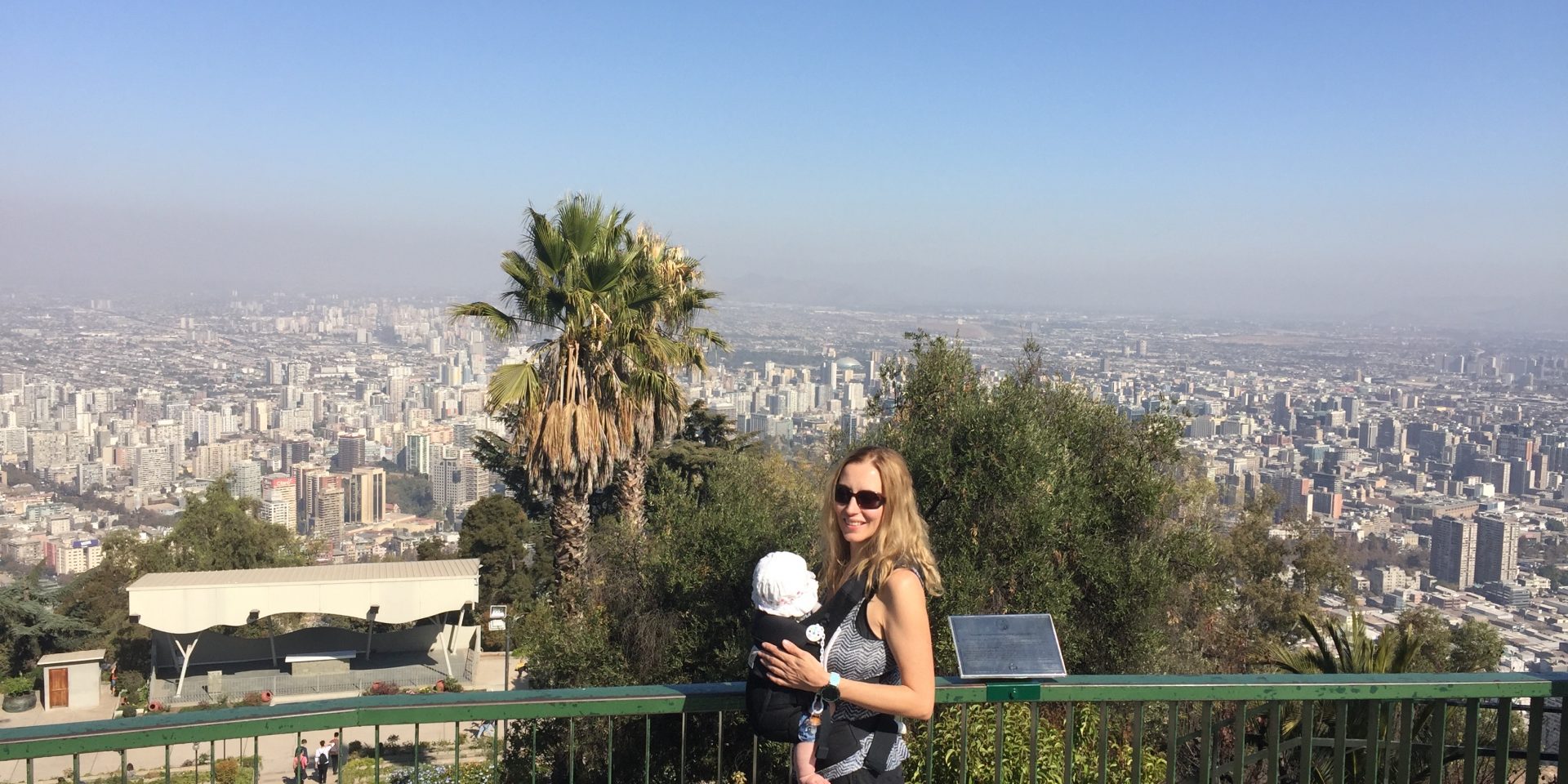 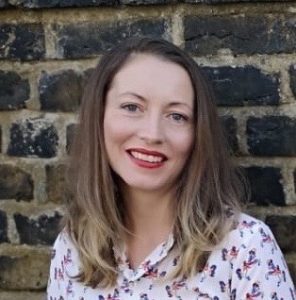 I never thought of myself as a non-fiction writer. It felt horribly pretentious to imagine that anyone would want to read about something I’d done. Not only did I feel too young to share anything that amounted to wisdom, I also thought it would be too personal to share significant things in my life with a wider audience. Yet here I am, halfway through the second draft of a book which is essentially ‘What I Did On My Holidays’. Only it was a six-month global adventure that started when my baby was three months old.

So what changed? Why did I decide my life was now interesting enough to write a book about it? Partly the fact that, whenever we tell people what we did, they tend to look at us as if we’ve grown another head. Most parents of small babies find the thought of leaving the house or showering challenging enough, so I thought it would be good to share what we did, to show that it is possible. That it’s tough, but also fun to carry on being adventurous after you’ve had a baby.

But there was something else, too. In the aftermath of birth, I gorged myself on books about motherhood: And Now We Have Everything by Meagan O’Connell, Motherhood by Sheila Heti, The Book You Wish Your Parents Had Read by Philippa Perry, French Children Don’t Throw Food by Pamela Druckerman. In them all, I was desperate to find other women who found being a mother difficult. At the age of 37, I felt unprepared and completely overwhelmed by motherhood in a way I wasn’t at all expecting. Some of it was really hard, and writing these things down and sharing them felt more important now I knew that I would have wanted to read an honest account of motherhood at a time when I was struggling.

The process has thrown up some surprises. I wasn’t expecting how it would feel to dredge up old memories, to process what was an incredibly chaotic time in my life. I didn’t know how it would feel to take the events of my lived experience and try to turn them into a structured narrative.

Emotionally, writing non-fiction has been a difficult experience. In the initial sleep-deprived muddle after she was born, I didn’t have time to understand, let alone express my emotions. I knew it was difficult and I knew I wasn’t coping very well but I didn’t know why. Everyone else seemed fine. Although I’m so pleased we took our trip, it added an extra layer of difficulty to those early months. Shifting a small baby between time zones is hardly desirable when you’re trying to get them to sleep. And while we were there, we wanted to see so much. We went on hikes around Mayan ruins, boat trips to rainforest tours and drove a camper van hundreds of miles up the Australian coast. I breastfed my baby on the chilly streets of Tokyo, on a boat surrounded by snow-capped mountains in New Zealand and on a tropical beach in Costa Rica. She was weaned on guacamole and frijoles in Mexico and rolled over for the first time in an apartment in Singapore. We were constantly on the move and it was exhausting. 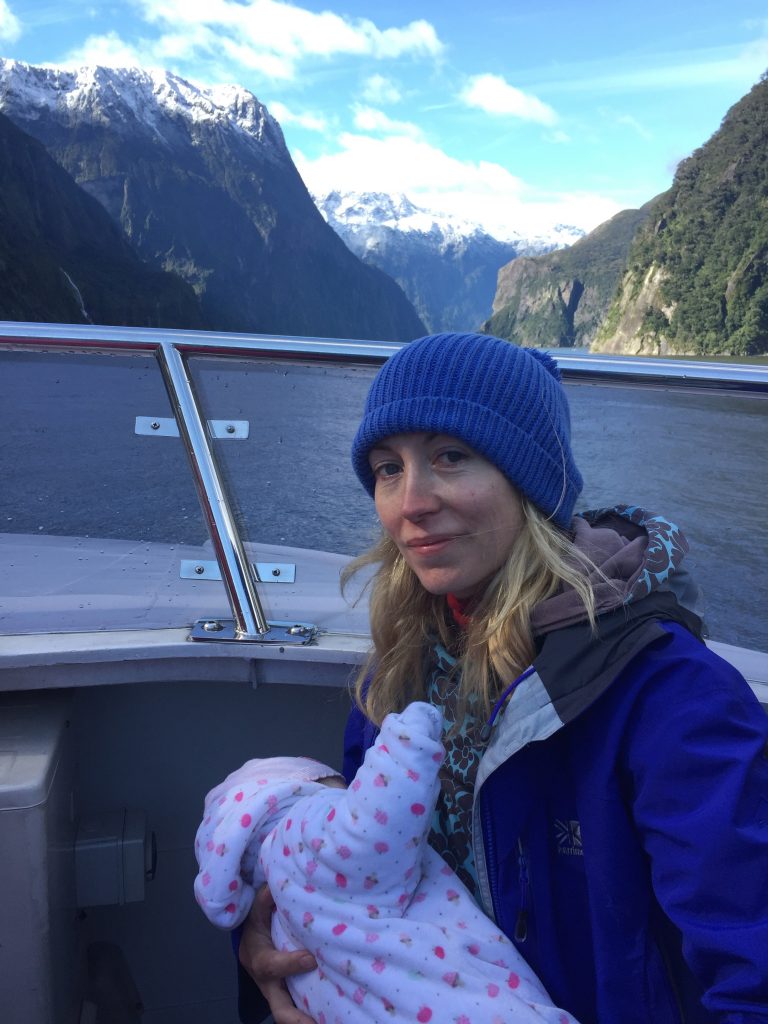 Writing the book has been a release. A way of turning my feelings over and looking at them more closely. In the process of putting them into sentences and linking them with the things we were doing, I can understand them more. And it changes and develops each time. I finished the first draft in December, and am now churning back through it all, from the beginning. Each time I read over my words and decide how best to put them back together, I’m gaining a better understanding of how I felt and why I felt it. And that it’s OK. Being overwhelmed was completely understandable, considering what was happening in my life. I can forgive myself for what felt like horrible emotions at the time, because I have more clarity over why they were there.

Another interesting element of turning myself into a book is how non-narrative life is. Even in this case, where there was a clear timeline, it was hard to find the threads of a proper story. What would be the beginning? What would be the end? How could I sustain tension and interest throughout an entire book?

To help me, I looked to other writers who had gone on a physical journey while also experiencing emotional changes. I re-read Eat Pray Love and thought about how she segmented her experiences into three distinct areas to give each stage of her journey a focus and a theme. I did an in-depth analysis of Wild by Cheryl Strayed. This is something I’ve done a few times, and always found it incredibly revealing when understanding how books are structured. I wanted to see how she combined past elements of her life with the present story of her hike on the Pacific Coast Trail. I also wanted to figure out how she plotted the story to make it feel effortless; as though we’re just following her experiences.

I was surprised to notice that when the book was two-thirds finished, it was actually only halfway through Cheryl’s journey. It made me realise that narrative can be stretched or condensed to better suit the story you want to tell. Before, I had thought that it would be good to spend about the same amount of time writing about each of the eight countries we travelled to. Then I realised it would make more sense if the early part of the journey took up more of the book, as it would be establishing the context of who I was, why I went on the journey and how we managed in the early days.

I also wasn’t expecting the process of creating a narrative to be so empowering. Most of the time, we are all crashing around from decision to decision (maybe it’s just me?), with no clear idea of where we’re headed, figuring it out as we go along. Simply by taking something as basic as the three-act structure and applying it to a lived experience, it allowed me to focus on things such as the key points of anxiety and difficulty, to make a clear distinction between how I felt before I left, and how I felt after I came back. In the process of forcing even a small amount of my life into a coherent narrative, I found it became easier to understand myself and my choices.

As I continue to write my book, I think this is something I want to carry on with in the future. As it is, an awful lot of my fiction since having a baby has revolved around narratives of the choice of having a baby for women, and the impact it has. I wonder if using this as a kind of writing therapy might be something I do in the future, especially if there are experiences that take a while to process.

If you want to take a life event and turn it into a narrative, long or short, here are some recommendations you might find useful, based on my experience:

Think about internal and external journey. This is usually fairly easy for a character we’ve created, but might take a bit longer for yourself. Think about the physical experience or event you’re describing, and then plot it against the internal changes that happened to you during it. This will help you to find the emotional peaks and troughs, as well as give overall shape to the story.

While I’m not suggesting you make anything up, you can bring a lot of fiction techniques into your work. Once you’ve figured out the overall arc, try to work out which elements or feelings need to be highlighted. Those can be the parts you describe in more detail or spend time reflecting on.

For me, this didn’t really become clear until the second draft. At its heart, I thought I was just writing about something interesting that happened to me. But once I re-read it and delved into what was happening, there were some clear ideas I knew I wanted to convey. Challenging the idea that you ‘get back to normal’ after a baby and that motherhood is something natural and innate for all women was just as important as how we managed such an epic journey.

It’s always good to see how other people do it. Not only will it help to give you a better understanding of the market (very important when pitching non-fiction), it also helps you to solve your own problems. Take a book you’ve already read to make sure you’re not focusing too much on getting into the story. As you’re reading, step back. Make notes on the structure, how the chapters are put together and anything you find interesting or you think would be relevant to your book. It’s enormously helpful, even if your style is different to the writer you’re reading, and especially useful for the big stuff like plot and structure.

Using your own lived experience can be a really powerful way to understand yourself and stretch your writing skills. Here’s hoping I can develop and grow as my book gets closer to its finished state.

Sarah is a writer and writing coach. She runs workshops and coaching sessions for a range of writers and creatives. She also runs Write By You, a project for underrepresented young female writers in North London. Her fiction has been published widely, including in Mslexia and Litro. She’s in discussion with publishers about her first novel, which deals with sexual assault. You can follow the progress of her memoir here, where you can also support her writing and get poem postcards and exclusive access to other writing. You’ll find her blogs, advice and reviews here and you can follow her on Twitter or Instagram: @sarahtinsleyuk

It’s tough but also fun to carry on being adventurous after you’ve had a baby.