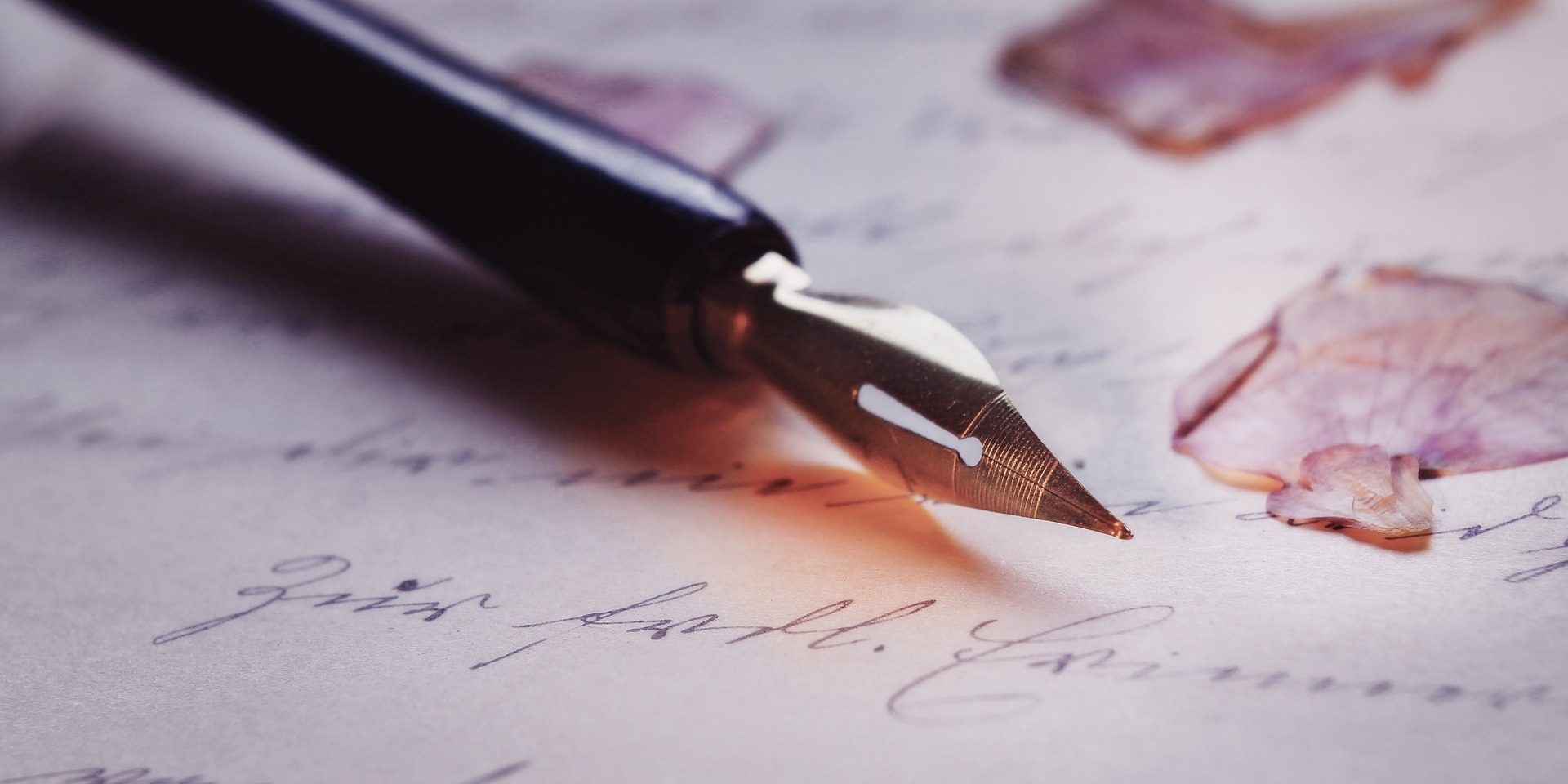 I plead guilty to being a writer who doesn’t write half as much as he should. It’s easy to assume most successful writers must have cultivated their gift on a daily basis, sitting down every morning (or night) without fail and churning out a couple of thousand words as routinely as blinking. I’m going to be honest with you: I am not like that.

In fact, developing a routine seems to be the most commonly suggested solution to overcoming this problem, particularly if you’re an aspiring writer. The trouble is:

1. To the average person, the idea of a routine is often impossible

For me, it’s hard to form a routine and write regularly when life conspires to rob me of all the time I need to get the words out. In my opinion, routines are for people who have a lack of things to worry about—we can’t all go J.D. Salinger and lock ourselves in a cabin to write. On the rare instances when I am home, there are carpets to hoover. DIY to do. Dishes to clean. Clothes to wash. You can gasp, but trust me, you’ll be amazed how far writing falls down your list of priorities when you start pushing thirty. In the end, I just do what needs to be done, and unfortunately writing can occasionally fall by the wayside. As H from Steps might say, it’s a tragedy.

2. Looking at the habits of many famous authors won’t help you

Most successful writers existed in a time when they couldn’t be distracted by smartphones or tablet PCs. Many authors, such as Virginia Woolf and Evelyn Waugh, were moneyed enough to have servants, maids or butlers, so of course they had the time to write. Even the bestsellers, like James Patterson or Dan Brown, are multi-millionaires now and can amble around their mansions from noon until night at a leisurely pace if they so desire—trust me, they have plenty of time to finish their books. But if you’re holding down a day job whilst chasing your dream of becoming a writer, face it, any insight into the routine of an established writer is going to be totally divorced from your reality.

3. Being a morning person is not easy if you’re a parent / have a day job

I’m not arguing that being a morning person doesn’t help you get things done. Haruki Murakami gets up at 4am and writes until 10am, then spends the rest of his day swimming, reading and listening to music, the lucky sod. Stephen King is also an early riser, but I suppose that’s his prerogative, given that he has a net worth of $400 million and doesn’t really have to worry about holding down a day job anymore. If I was that rich, I’d probably be getting up earlier too.

Now I know what you’re thinking—Stephen King used to be a teacher back in the early 1970s before he got published, surely he must understand the struggle? And you’d be right—it does indeed look as though Stephen King once had the same problem as the rest of us:

“I would teach, and I would come home tired, like I’d been on stage. And then I had to correct papers—more of the same. And there was very little time left for my own work.”

So, for unpublished authors, I feel a lot of this stuff about writers sitting around all day, doing lots and lots of writing, must be something of a myth. Unless you’re unemployed, of course, or a rich kid of Instagram, or in prison. For the rest of us schmucks, huge chunks of our day are going to be devoted to earning a wage, which leaves us very little time left to follow a creative pursuit such as writing. Unless doing so keeps you up extremely late into the night, in my case.

Am I alone in finding it difficult to squeeze in the time to write? Should I be ashamed of this? I don’t feel like I should. Obviously, I am ambitious, but I’m realistic—the only time I get to write is in the twilight hours, once my kids have gone to bed. Mind you, I’m often far too tired to engage my brain in any challenging tasks by this point. Not without a strong cup of coffee anyway.

Given the time it takes to write short stories or chapters of a novel, I often find it’s easier for me to focus on poetry after work, as I personally feel they are more satisfying and less arduous than prose. So I found it heartening to learn the poet Philip Larkin also favoured this way of working:

“It was in the evenings, after work, after washing up […]. It was a routine like any other. And really it worked very well: I don’t think you can write a poem for more than two hours.”

Unlike Larkin, I stop short of calling it a ‘routine’, as it’d only depress me if I failed to live up to it. I’m organised enough to plan ahead with what I’m writing so it’s easy not to feel like I’m going out on a limb when I do actually write, but I no longer beat myself up when I fail to write for any reason. To me, being too hard on myself would be a recipe for giving up completely.

But I do sometimes worry that if I don’t write as often as I’d like to, does this lack of compulsion mean I haven’t earned the right to call myself a writer? Surely writers have a natural impulse to be creative, don’t they? If that writerly instinct is denied, or if it hasn’t become a regular habit we cannot shake off, is it possible we aren’t really genuine writers at all? Are we guilty of deluding ourselves?

Think of it this way: If Mo Farah hadn’t felt the need to run very often, would he still have been able to call himself a runner? Possibly, but he might not have won an Olympic gold medal if he hadn’t have practiced so much, least of all been able to do a 10K run. Does that mean those of us who treat our calling as a hobby should take heed of this? Maybe.

But the problem is writing can’t be anything other than a hobby for people who have day jobs. Much is made from the assertion that some people are natural born writers, which may be the case for some, but if it isn’t for others, then the dictum that practice makes perfect can only also be true if you have the time to practice in. I’m sure for a minority of us, writing may be an obsession bordering on OCD, but I don’t think that’s healthy either—a boxer sparring in the ring to his heart’s content is only going to end up with a brain bleed.

So, what’s the answer? Can you call yourself a writer if you don’t write very much? My gut feeling is yes, anyone who writes, however little, is a writer. But what’s the answer to solving the problem of not writing enough? Well, I’ve given this a lot of thought, and I’ve come up with 5 of my own golden rules (which, obviously, you are quite free to ignore):

1. Find the time where you can. Nothing more, nothing less.

Don’t make routines if you’re concerned they’ll be hard to stick by. If the evening is the only time you have, fine, take advantage of it. Similarly, if you can get up at the crack of dawn and write before your next work shift, I’m not going to tell you not to. No matter when you write, whether it’s up with the lark at 4am or burning the midnight oil, you’ll find your brain will naturally gravitate towards the time when you are at your most prodigious.

2. Inspiration doesn’t need to be forced. If you have it, it will come.

Throwing a bunch of monkeys with typewriters into a room for a thousand years isn’t going to create a genius. Don’t overdo it—trying to do too much too quickly will only give you burnout. Writers should not be churning out factory fodder. Just try to produce something you enjoy writing, first and foremost, in the hope that others will enjoy reading it. It’s as simple as that. Some ideas will take longer than others, others won’t, but inspiration is a fickle mistress and she will whisper in your ear when the time is right. And remember, a writing session doesn’t have to be a long-lasting romp—a quickie is sometimes just as satisfying.

3. If you can’t find the time to write, try doing it in fits and starts

Not everything you write has to be finished in one hit. Just write scraps. Jot down fragments. Scribble ideas, forget about them, and then come back to them the next day. You’ll be amazed how easy it is to build up enough words to sculpt something out of it later, when you might possibly have more time to weave all those loose threads together.

4. Don’t worry about how productive you’re being—just enjoy it

If you have a talent, and you enjoy what you do, it will shine through. It doesn’t matter if you spend hours on it, or just a few minutes, the time spent writing is always spent well, especially if you’ve got something—anything—to show for it at the end of the day. It doesn’t have to be neat. It doesn’t have to be tidy. Like Goldilocks’ porridge, it’s just right, so just get it done when you can, and don’t sweat too much over it.

5. Trust your gut and don’t beat yourself up

Luke Edley is a humorous fiction writer, poet, novelist, and Consultant Editor for Thanet Writers. He is fond of satire, interested in comic novels, black comedy and tales of satirical derring-do.

If you can’t find the time to write, try doing it in fits and starts