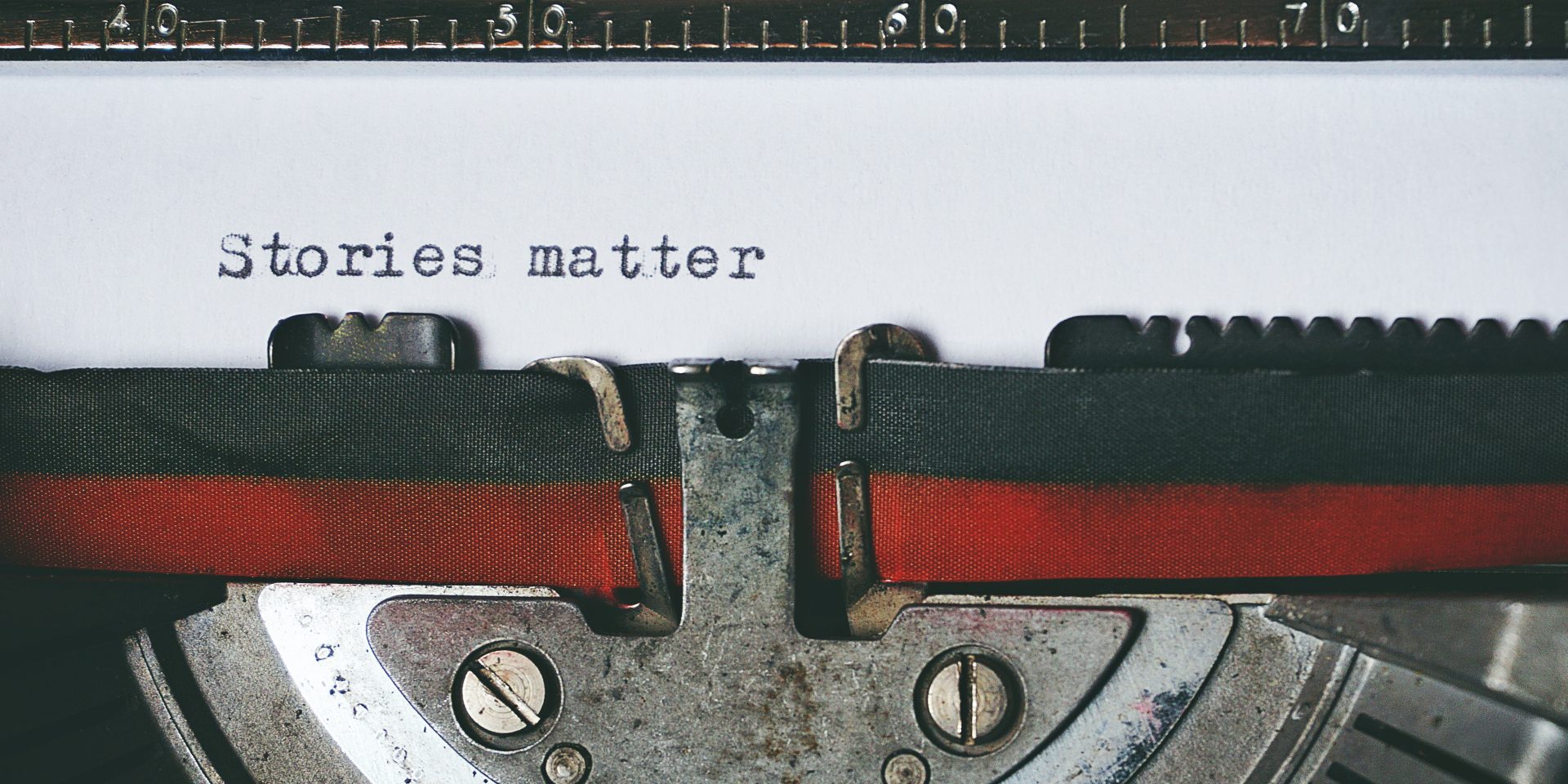 I’d like to tell you a story. The first full-time job I had was in an investment call centre. We were given two weeks of training before being let out ‘on the floor’, and even though I only spent six months there, I was given lots of additional training. I was trained in courses such as how to speak to people, how each person prefers to talk and how to answer their questions in the best way. (I prefer lots of information, but some people just want the headline, and others want to be able to talk without much need of a response other than acknowledgement.) The session that sticks with me most came a month after I began taking calls, and starts like this:

About 12 of us walked into the training room, some holding coffee, some picking up the ever-present tray of biscuits that followed us about in training sessions. The ‘coach’ idly chatted to someone at the front about how they were finding their job since they last met.We congregated with our colleagues we progressed through induction with, who we were split off from when we were divided into investment teams based on our strengths. Then the session started. The coach, David (isn’t it funny how I can remember his name, having spent a total of three weeks with him six years ago?) got us to sit in pairs, facing each other, in a line down the room.

The task was to keep the other person engaged while speaking to them for three minutes straight. Now, this seemed easy to me initially, but it’s inorganic to have someone (who doesn’t regularly lecture or vlog) to just speak at you for that long without your mind wandering, especially if this person isn’t a close friend, or someone you’re invested in. While I can wax lyrical about a variety of topics, I find that conversations need time to ramp up (unless I’m venting to my mum) and, while I spend long periods talking, I also spend long periods listening to responses. It felt odd to imagine speaking ‘at’ someone, and receiving no input from them.

I realised the best way to continuously speak about anything in an engaging way for three minutes was to pick my favourite story and retell it. So I thumbed through my mental index of literature and came up with Franz Kafka’s Metamorphosis. It was short enough to re-tell quickly, and weird enough that anyone who hadn’t heard the tale would at least be interested to see where on earth the story went. David started the clock and I began (badly) telling the story of a man providing the sole income for his parents and young sister, who wakes up one day to find out he has transformed into a giant cockroach, and therefore cannot work, and quickly loses all worth in the eyes of his family and society.

Of course, my partner and I won (I can’t remember his name, although I remember his kind face and the fact he had two little girls at the time). I can’t take all the credit; he was a very conscientious person who I believe would have tried encouragingly to listen to me talk about how to cook cabbage for three minutes, but it turned out I was the only person who had a structured narrative planned for the task.

What am I trying to say, other than my theme today is in celebration of National Storytelling Week (30th Jan – 6th Feb) I’m trying to show the importance of storytelling, even in such an unlikely setting as a corporate training session. I’m saying that ideas, concepts and truths are important, but you have to know how to impart them for them to hold someone’s attention for longer than 30 seconds, for the seed to take root and grow inside others. Perhaps some stories lay dormant for many years until they reach out onto a page like this, and once again bring up new life. Mostly, I’m trying to tell a story.

Maire Buonocore is also someone who understands the importance of storytelling, as we find out in our first feature:

Who among us is not a teller of tales, a spinner of yarns? Who is not engrossed in the tittle-tattle of the goings-on in the family, in the neighbourhood, or in the media?

For some, storytelling may have begun at the bedside or the fireside. Growing, we developed a hunger for tales, be it sagas, epics or adventures, through reading books and bonding with favourite authors. I was lost in the land of Fairy Tales. As a child in the forests, I would search for `that` cottage. On the beach, I would strain to hear a distant mermaid. The literature I craved was Tales From Many Lands – all of them – or The Arabian Nights.

Later, I designed colourful costumes. I wrote rhyming stories. The rhythm gives the story pace and rhyme provides opportunities for predictable endings. This is a useful tool for children who are reluctant readers and for those whose second language is English. I occasionally perform some magic tricks, too, which wow the children. Stories are for everyone. You, too, can lose yourself in the Radio Four ‘Short Story’ or ‘Book At Bedtime’. The young mind, open to learning on so many levels, needs fantasy as well as information in order to develop fully.

I hear the mermaids singing each to each.
I do not think that they will sing to me.

Next, I was interested to hear how Claire Buss from the Write On! team incorporates storytelling into her many daily tasks:

As a mum and a writer, being a storyteller pretty much fills my entire life. I tell myself the ‘make it until bedtime story’ more times than I can count, especially as we stumble through a second round of home-schooling.

Being a storyteller is a huge responsibility for a parent. You must be well versed in the myths of the Tooth Fairy, the Easter Bunny and Father Christmas, among other smaller celebrities such as George’s Dragon, who likes to eat donuts, apparently. Then there’s the all-important bedtime story. It’s not enough to simply read the book; you must read with humour, empathy and all the training of a thespian. Character voices matter. Because if the performance is not up to scratch, then the little darlings may not go to sleep.

There is another, more devious side to storytelling that parents can encapsulate and that transpires along the lines of perfecting harmless white lies convincingly, such as: Eat your crusts, it will make your hair curl. If you don’t eat your vegetables, you won’t be able to play at the park, because you’ll have no energy. When the ice cream man plays his music, it means he doesn’t have any ice creams left. Finally, the really big one: No, I don’t have any chocolate!

As a writer, it’s often at the end of a busy, child-filled day that I manage to sit down and begin writing for me. It requires a significant shift in thought process; although, at the moment, I’m recording my own audiobooks, so a degree of polished bedtime story reading is occurring. And yes, I’m doing the voices! But the storytelling I try to weave in these brief, precious moments must be cognisant of plot, character arc, dialogue and hit a minimum of 500 words a day if I’m to reach my writing goals. This storytelling can often feel more pressing, more fraught and more intangible than any I complete so effortlessly during the day.

But consider this: every story begins with Once Upon A Time in one form or another. And don’t forget those character voices!

Rounding off the page is Juneha, who takes us on a journey, highlighting the importance of growth. You can take many things from it, including how to properly weave and build a story. It would be a good prompt for writers to use! As always, Juneha’s writing transcends the world of books (as all good writing does), and imparts important truths for us to consider in our everyday lives, especially this year:

It’s the zone between comfort and fear. In between what we are accustomed to, and what we have no idea about. That middle ground, that’s where we grow. Uncharted territory plagues us with uncertainty and reinforces our belief that what we don’t know will hurt us. And sometimes it does. But when we challenge ourselves and make most of opportunities arising from these unfortunate circumstances, we become, on the whole, stronger and more resilient. Above all else, we prove to ourselves that life may be tough, but we are tougher. Pushed against life’s wall, with little place to go; that’s how we grow.

If you’re interested in writers whose words surpasses the page, you’ll want to read my interview with Mark Haddon in our latest issue of Write On! magazine, out now. And if you’d like to know a little more about the history of storytelling, you can turn to the digital edition of Write On! Magazine, issue 4, where our Spotlight page focuses on storytelling throughout history.

For now, I leave you by building on Juneha’s sentiment. You become the stories you tell yourself; the mind is more powerful than the body, the pen mightier than the sword. Read stories that further your goals and spark happiness in you, tell stories that inspire others and place some good into the world. Above all, you are the storyteller, and you must look after yourself, so that vibrant and rich stories can continue to be told in conversation, in poems, in anecdotes, books, voice notes and group chats. Happy storytelling!

But consider this: every story begins with Once Upon A Time in one form or another. And don't forget those character voices!