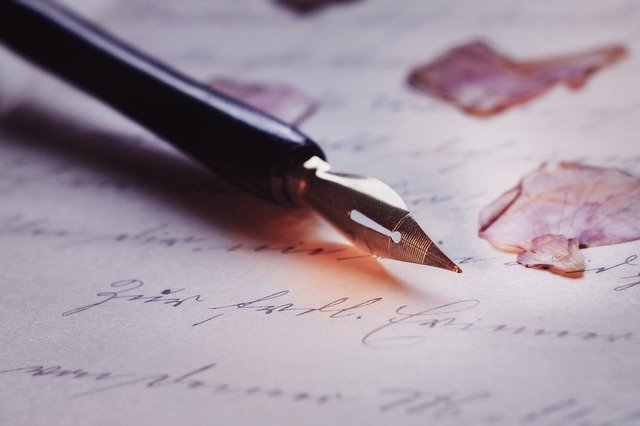 There are lots of writers who choose to write under pen names for many different reasons. But few seem to acknowledge why the popularity of certain names can be a determining factor in a writer’s decision to embrace a nom de plume.

Joanne Rowling, for instance, may have chosen J.K. Rowling to escape the trappings of gender bias and allow her novels to be more at home in the fantasy genre. However, once the Harry Potter series grew in popularity, becoming a household name meant Rowling was forced to adopt the pseudonym ‘Robert Galbraith’ to ensure her works of crime fiction weren’t judged by the same measure.

In contrast, some writers choose pseudonyms to hedge their bets. Disillusioned with how little money he was making with his early novels, Dean Koontz spent years perfecting his craft by writing under several different pen names, often tailoring his style depending on the genre he was dabbling in. Even Michael Crichton did the same thing in his early days, moonlighting under multiple pen names as a pulp thriller writer whilst studying as a medical student at university.

Stephen King also went for a similar tact to J.K. Rowling, adopting the pen name ‘Richard Bachman’ when his publisher expressed concerns that releasing too many ‘Stephen King’ books each year might over-saturate the market. By adopting the Bachman pen name, King was able to increase his output in secret, although it wasn’t long before his true identity was outed.

There are times, conversely, when a writer might have to decide early on that their birth name is not fit for purpose (i.e. John Smith, David Taylor, etc.). The chances of your book flying off the shelf is going to be incredibly slim if your name isn’t memorable enough to stand out from the crowd in the internet age, if we’re being brutally honest about it.

I think every writer owes it to themselves to face some harsh truths: in order to make a big impression, you need a unique name. Like it or not, we are living in an era where an author’s success is determined by how easy it is to find you on Google. This means if your name isn’t easily discoverable in search engines, then it is likely you will struggle. If a quick Google on your name reveals more than 5 million unique results, it should be obvious your name is already far too pervasive to make a big impact when you’re promoting yourself.

Let’s just say you’re one of those poor suckers lumbered with a popular name: How on earth can it be possible to get yourself ranked highly in search engines? Well, for authors who have been snapped up by a major publishing company, I imagine it isn’t so much of a problem, because if you have the financial backing of Random House then why is it not such a surprise that a generic name like ‘Dan Brown’ ends up on Page 1 of Google’s search results?

For the most part, however, unpublished authors are unlikely to have the knowledge, expertise, nor the money, to invest in SEO to boost the searchability of their names. This makes things difficult if you’re open to the idea of self-publishing, so you may have to consider adopting a pseudonym to make that mountain a less steep one to climb. But—let’s be honest—unless you have a fairly unique name to start with, it’s going to be very difficult to promote yourself, let alone your work.

The best advice I can give to other aspiring novelists is that, of course, we must all accept self-promotion is integral to our success. If that means you have to kick your given name into the long grass, then so be it. You probably won’t miss it as much as you think. In my opinion, if adopting a pseudonym makes it easier to get yourself recognised, you should be open-minded to it. Ultimately, it depends on you.

Just make sure you don’t forget the most important thing—be confident that your writing is of a high enough quality to merit the attention from the offset. If you don’t have a distinctive voice to start with, it’ll make little difference to your commercial prospects either way, no matter what your name is. Whatever you do, just make sure your writing makes a splash. How you do it—whether it’s sticking to your real name or choosing a pen name—is down to you.

Luke Edley is a humorous fiction writer, poet, novelist, and Consultant Editor for Thanet Writers. He is fond of satire, interested in comic novels, black comedy and tales of satirical derring-do.

Like it or not, we are living in an era where an author’s success is determined by how easy it is to find you on Google.