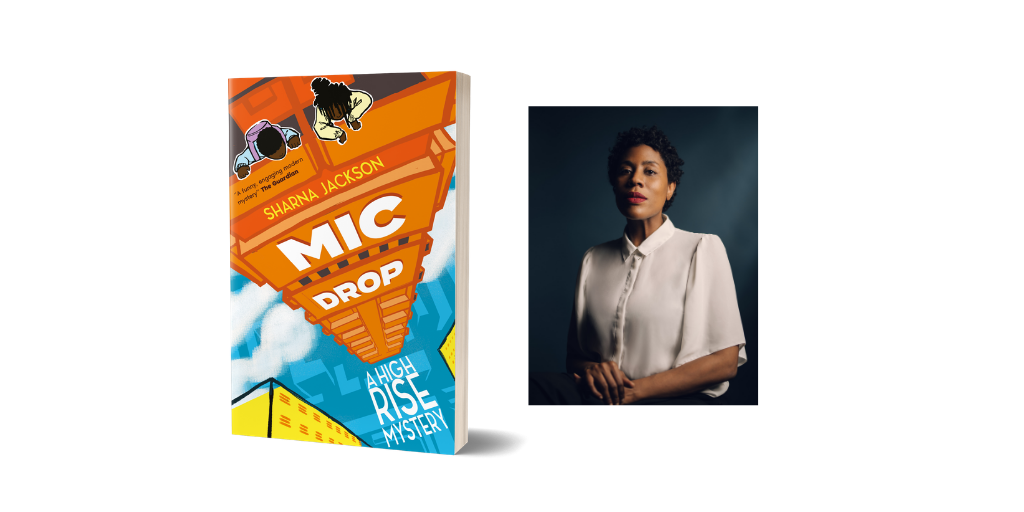 The Writer. Curator and Artistic Director speaks to Write On!’s Juneha Chowdhury about writing for children, the importance of being visible, and why the Mystery genre is so appealing. 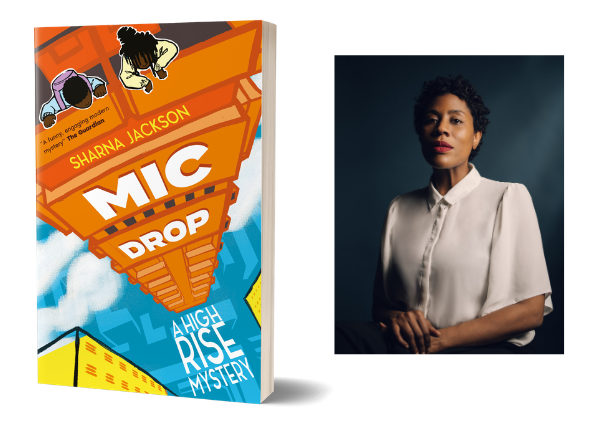 On a bleak and chilly morning, there’s nothing like a good interview to warm things up. With pen and notebook in hand, I sit scanning the questions one last time before I call my Interviewee – Woman of the moment, Bestselling children’s author: Sharna Jackson. A telephone interview is easier in some ways but still has its drawbacks. On the one hand, I don’t have to give much thought as to whether my lipstick is too garish or not. But on the other, there are only so many times I’ll be able to say, “Can you repeat that please, I didn’t quite get it?” without sounding as though I need my ears checked.

In the end, my nerves are unnecessary, as Sharna is a real delight, right from the start. I think it helps that I tell her my questions won’t be “too deep,” and she has “nothing to worry about.” Her slight chuckle reassures me further and I get going: asking her to describe her writing to someone new to it.

“I write real, contemporary fiction for children,”  she tells me, “The characters are smart, clever and funny and those that children of all backgrounds can relate to.” Moving on to her writing ambitions, she says her goal is “to encourage reading in the younger generation. That simple act of opening a book and reading the words on the page and letting it mean something may seem small, but it is, in fact, a huge achievement if you can make it happen.”

I ask her to further elaborate on her latest writing projects, and she talks about her last published book:

“Mic Drop is the second book in the High Rise Mystery series. It features the same two black sisters and detective duo, Nik and Norva in High Rise Mystery. This time, they are on a mission to find out what really happened to Trojkat, a famous singer, who dies under mysterious circumstances while shooting a music video. As with all mysteries, the story is about getting to the truth of what happened, as all is not what it seems.”

She tells me about her fascination with the Mystery genre – “It appeals to me a lot because it’s like a game, using clues to figure things out in the course of a story; much as you would in a problem-solving board game.”

It seems the perfect time to ask her about her writing inspirations, and it’s interesting how Sharna sees writing as an instrument for change.

“I’ve long been fascinated with storytelling and how telling stories enables lots of other things to happen. For example, I’ve always wanted to help others, especially children, be visible in the literature they have access to, identifying with the characters I have created. Writing empowers me and, through it, I want to empower them.”

The conversation absorbs us and we digress. She asks me about my own writing, so I tell her about the novel I’m working on and the hurdles I’m encountering; not least that internal struggle to keep going when there’s nothing tangible to hold on to. Dreams are visions and not guarantees, I tell her. “That’s so true,” she says.

Talking about the editing process, I tell her it’s a difficult call when editorial advice conflicts with personal choices. Agreeing, Sharna briefly recalls her own experience of being advised to change things. Before we know it, we’re having a laugh about how writing is about tastes and flavours. We both agree, there are people that will ‘get’ you, as well as some that won’t. I throw in one of my usual lines: “My writing might not be everyone’s cup of tea, but surely someone’s cup of coffee!”

Sharna laughs. “I know exactly what you mean,” she says.

I call it ‘The Asian thing’ – that need to prove yourself: “You call yourself a writer, but where’s the book and why’s it not on the shelf?!”

Sharna disagrees.“It’s a writer thing,” she says firmly and tells me to keep trying; reminding me of the importance of not losing hope and exhausting all possible avenues.

I get back to my questions. Funnily enough, the next one is centred around hope. I ask her how hope keeps her writing, keeps her inspired and keeps her motivated.

“Taking from the Whitney Houston song, The Greatest Love Of All, I really do believe that ‘Children are our future, teach them well and let them lead the way.’ Writing for children gives me hope, because I feel I can help change things for younger readers. I wish to instil hope in them: hope that they will and can aspire to great things. It is through these younger readers that we can change what the future looks like; making it much brighter.”

Sticking to the theme of hope, I ask her to think of the following scenario:

“You’re stuck in a lift with a pessimistic person who’s convinced the world is going to end before they get out. What three things would you say to give them hope and convince them otherwise?”

She chuckles and tells me to repeat the question. I simplify it: “Basically, you’re stuck in a lift with ME. Convince me I have everything to live for!”

Still chuckling, we move on to a more serious question.

“Whatever doesn’t kill you, makes you stronger,” as the saying goes. I ask her to elaborate on a hurdle, weakness, or unpleasant experience she’s overcome in terms of her own writing journey and what she has learnt from it.

“It was during the time my first novel High Rise Mystery was published, around April 2019. I was interviewed for the BBC website by a really nice interviewer, but the interview got the wrong kind of attention when it was published with an inflammatory headline. This sparked a lot of controversy around the novel, leading to me trending on Twitter and being trolled. It was tough getting so much racial abuse for a book I had written, but ultimately it worked in my favour, as the book became a number-one bestseller in the Amazon Children’s Fiction charts. Although I wouldn’t want to wish my experience on anyone, it proved a hard lesson in life: good things can come from the worst experiences. Without the controversy, my story might not have touched or reached the audience it ultimately did.”

Only a few more questions left, so I keep them short and sweet.

Complete the sentence: Writing is like… (I love this answer!)

“Writing is like having a split personality, because you have different sides of your brain working together and you have to be critical and creative all at once!”

I ask about her future projects. Her laugh hints at her tight-lipped response:

“I can’t disclose too much, but I’ve written two books about art, which will be published in 2021. I’m also writing a game, but can’t say much about that right now, either!”

Lastly, I ask her to give me two words that best describe her as a writer and two words she aspires to. She laughs. “At the moment, I’m very ‘last minute.’ But I aspire to being ‘perfectly structured,’”

By the time we get to the end of the interview, talking to Sharna is like chatting with a mate. And, in true mate style, I cheekily ask her to follow me on Twitter. Like the lovely person she is, and without any hesitation, she obliges while we’re still on the phone! All in a day’s work: had my cake, got to eat it, and came back with the cherry on top. Tweet, tweet!

Writing is like having a split personality because you have different sides of your brain working together - you have to be critical and creative all at once!