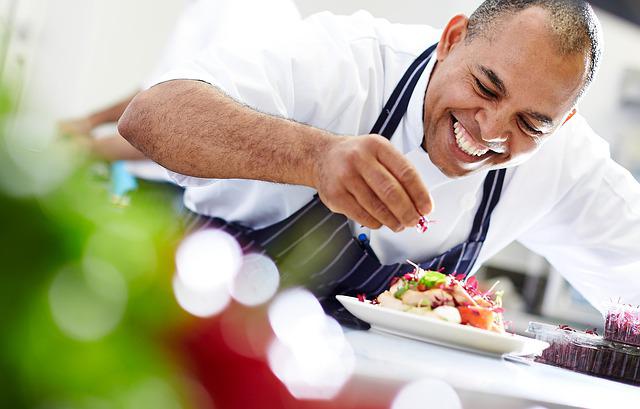 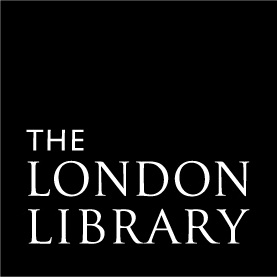 This month, we use our Write On! Showcase to celebrate the graduates from the 2021/22 programme. The majority of pieces we’ll be featuring here will have been written by former Emerging Writers, as well as a few from some of our more established members and Write On! Regular contributors. This week, we’re excited to showcase Watching Food by Vic Howard.

People tell me I take odd holidays. Personally speaking, I find flying 2000 miles in order to lie beside a hotel swimming pool for ten days seems really odd, but everyone to their taste.

Well, there I was, wandering through Highgate Cemetery on a wet and dull day during my summer break a year or two ago when I stumbled across Philip Harben. He was snuggled up against Patrick Wymark; just inside the gates. An odd sleeping companion, I thought, but who knows what his preferences were when he was with us.

Philip Harben. I wonder if you remember him. He was the first of the TV cooks, back in the days of black and white TV. Little did he know what he was starting. Here in Sweden, where I now live, the TV schedules are filled with those food preparing programmes. They even hold competitions in cooking and baking. It’s reached the stage where it’s now being referred to as Food Pornography; probably because more people watch it than do it. The average modern Swedish house or flat has a kitchen that costs as much as a small car and is equipped with all the gadgets man can think of, but none of it gets used much. People have to go to work and their children are left at nursery or playschool. They get home late and tired and have no desire to cook anything; besides which, they had a very good restaurant lunch at midday and are not hungry. When they do get around to cooking something, they go into the garden in summer and incinerate some marinated meat on the barbeque. Food preparation has become TV entertainment for long winter evenings–and almost every other evening as well, judging by the schedules. I suppose it makes a change from cold-case murders or gruesome autopsies of recent murders. Urgh! It wasn’t always like this, though, was it?

Dear Philip Harben, with his neatly-trimmed beard and soft voice, showed us how easy it could be done. Nothing fancy. No expensive 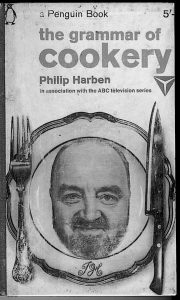 ingredients. No Atlantic Cruise Liner kitchen units. Just enthusiasm and knowledge. And it was live, too, which is why he had to go through the “and here’s one I made earlier” routine to speed up the process. He published The Grammar Of Cookery in 1960 and it was revised and reprinted several times over the following years. What a gem! Our copy has been rescued by being professionally rebound, but it was only a paperback to start with. The cookery bookshelf in our kitchen is three-tiered, but it’s Philip Harben who gets referred to most often. There are no mouth-watering pictures, just solid, good advice.  He is basic and thorough and tells you why as well as how food behaves when being cooked. He wasn’t the first famous cook, of course, but he was the first to enter our homes and talk to us sensibly about cooking.

Compare Philip Harben with Constance Spry, for instance. I bought her Cookery Book in my early 20s, when I wanted to learn about food. I was more interested in the eating than the cooking back then. The book cost four pounds at the time, which was about eight times the price of the average book, but it did weigh-in at four pounds, so was pretty good value for money in that respect. Constance Spry was no TV star. I doubt if she ever owned one. She belonged to the “First kill your cow” generation of cooks. I didn’t have a cow, but I did hope I might one day be invited to a weekend house party where classic Constance Spry dishes were served. We all have our dreams.

Mrs Beeton is perhaps the one who started it all a hundred years earlier, with her Book Of Household Management. No doubt Mrs Bridges of Upstairs Downstairs would have used that one. I can still hear her telling Ruby, “A stew boiled is a stew spoiled.”

But TV cooks were something else. They produced soufflés like rabbits out of a hat, with a flourish. I remember one TV cook, Mary somebody-or-other, who wore a wide, multi-petticoat skirted dress when performing at the stove. She would walk across the kitchen swinging her skirt like a church bell. The outfit was more suitable for the school prom than a kitchen. Then, of course, there was Fanny Cradock and her apparently hen-pecked husband, Johnnie, though I suspect the hen-pecking routine was for the cameras only. Fanny and Johnnie would always be dressed as though they were going to the opera. How they managed to keep their clothes free from food stains, I shall never know. The one that was “made earlier” was probably made with an apron in place.

Sarah Brown was one of the first to introduce us to the benefits of a vegetable diet and since then there have been many attempts to improve our eating habits and, more recently, to consider the environment when buying ingredients. But despite all the good advice, the fast food and pizza joints still make remarkable profits and the pharmaceutical industry makes a further fortune selling cholesterol-reducing drugs, which we’re supposed to take to compensate for our bad eating habits.

Love him or loathe him, Keith Floyd was a flamboyant cook who travelled the world upsetting people and slurping red wine as he went. He was no educator and,  although very experienced in his profession, chose to perform as though he had no regard for the food he was preparing; throwing things into the pot before taking yet another slurp. I well remember him almost setting fire to a hotel room when filming a scene in the Far East; and when he visited Sweden, he outraged the TV public by boiling crayfish as though they were potatoes, instead of killing them quickly and (almost) painlessly in boiling water.

Today’s generation of TV cooks prefer the complicated, exotic, “mucked-about-with” approach. Somebody said once the more you pay for a restaurant dinner, the more you can be certain it has been “mucked-about-with” in the kitchen. Philip Harben never mucked about with food. He never put flower petals into a dessert or, dribbled sauce in a line around the plate and he never leaned closely over the food and busied with both hands while breathing into it.

TV cooks have come and gone and fashions have changed. Have we learned anything from them? I wonder. We’ve been introduced to many ingredients we’d never heard of in the post-war period. Olive oil or cooking oil was unheard-of in an English kitchen; lard was more common. Herbs and spices were exotic, expensive and unavailable in the local grocers. I didn’t taste spaghetti until I was in my 20s and cheese that wasn’t hard, dry and came from Cheddar hardly existed in my world. Food is no longer seasonal. I sometimes look at my plate and try to count the number of different countries the ingredients have come from; often from the other side of the globe, in order to allow me to eat anything I please at any time of year. Not very environmentally friendly, is it?

I once saw a programme about prawns. I believe it was a coastal town in Holland that was under review. Local consumers were asked if they knew where the prawns came from. “Locally, of course!” And where do you think they were peeled? “Also locally, presumably.” Wrong! They were shipped by lorry to Rumania, peeled and shipped back again for sale locally. It was cheaper than trying to find local people to peel them, so to hell with the environment. If you ever buy peeled prawns, stop and think who peeled them, and where.

We’ve become consumers of products presented to us by the food processing industries. Fewer than a dozen international companies control the food we eat and avoiding extra sugar or, worse still, modified maze products that have been turned into sweeteners and emulsifiers, is a full-time occupation for the informed shopper. What would Philip Harben have said about that? I bet he’s glad to be in Highgate.

After growing up in Barking, I left to live in Somerset when I was newly married. Our local butcher reared his own animals and slaughtered them behind the shop. He let the meat hang and when cooked it melted in the mouth. Animals died quickly and painlessly and were not stressed. Today, cattle are herded through metal pens in factories while being prodded to keep them moving. They see others being killed and are stressed at the point of death. Quickly jointed, the meat is often frozen immediately and packed in plastic. Not infrequently, in Sweden at least, it’s injected with extra water to increase weight, or with chemicals to make it ‘mature’. When we collect it from the supermarket, it’s a product and not a cut of meat. It releases the water when being cooked, shrivels and ends up like shoe leather on the plate. Chickens no longer taste as they did when Mother raised them in our back garden and Father killed them in the shed. Studies have shown that the average factory farm chicken and even those that are supposed to be free-range, i.e. are not in cages but still have a little room to move, have less vitamin and nutritional value than they once had. We fill our stomachs with fodder that’s tasteless and harmful unless we make every effort to obtain unprocessed ingredients or grow our own.

Food Pornography continues to titillate on TV and many find it entertaining, but has the genre of the TV cook really contributed to progress since Philip Harben? I doubt it. I hope he rests well in Highgate.

The London Library is one of the world’s greatest literary institutions, providing a centre of creativity, inspiration, and ideas for over 180 years.

Tucked away in central London on St James’s Square, The London Library has been at the heart of literature since the day it was founded in 1841. Throughout our history, writers, and researchers, no matter their genre or discipline, have consistently found the Library to be an unrivalled resource. Previous members have included TS Eliot, Mark Twain, Virginia Woolf, Harold Pinter, Charles Darwin, Charles Dickens, Bram Stoker, and Angela Carter. Current members include Sarah Waters, Kazuo Ishiguro, Raymond Antrobus, Stephen Fry, Inua Ellams, and Jessie Burton.

In addition to our beautiful building, and collection of around one million books, and periodicals (almost all of which can be borrowed), membership to the London Library includes: a vast eLibrary, atmospheric workspaces, a members suite, free nationwide postal loans, discounted tickets to the Library’s popular public events programme, and a number of member-run discussion groups, covering a diverse array of topics including everything from philosophy to history, gender studies to non-fiction writing.

The London Library is a home for everyone who loves the written word. We’re an independent charity and memberships start from less than £24 per month. Find out more and join our community: https://www.londonlibrary.co.uk/join/join-online.

You can hear extracts from Showcase in our podcast. Write On! Audio. Find us on all major podcast platforms, including Apple and Google Podcasts and Spotify. Type Pen to Print into your browser and look for our logo or find us on Anchor FM.