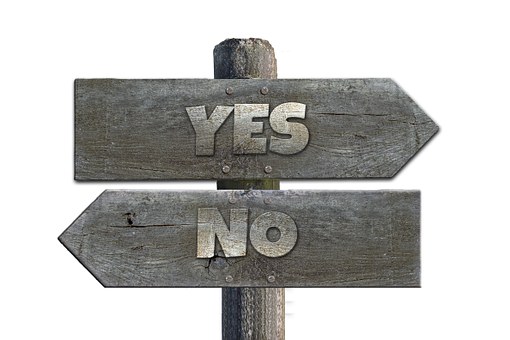 A few months ago a writer presented two book ideas to me and asked which, in my opinion, they should write. I was one of many contemporaries this writer approached, and whilst I cannot state what the other responses were, I know both what I said, and what the outcome eventually was.

The first concept was described in detail, with an intriguing narrative arc and fully-fledged characters. The proposed story was unique and caught my attention with its strange approach. The second idea was simply, and somewhat dismissively, explained as: “A techno-thriller, a bit like Michael Crichton, about a conspiracy to cover-up genetic experiments.”

The first question I asked, although I was fairly sure I already knew the answer, was which of the two ideas the writer wanted to write. Their response was to list all of the elements of the first story that excited them, which characters they most enjoyed creating, how the plot would twist and turn as it progressed, and then they said: “But techno-thrillers sell well, so I just don’t know.”

It transpired that their main issue was the oddness of their first idea would make it harder to market, and even if they did find an agent and publisher willing to take a gamble on it, the story may still fail to find an audience. The only benefit of the techno-thriller that they mentioned was the size of the market already reading those kinds of books and the ease at which they could sell it to that demographic.

The second question I asked was if they could take over the life of one author, would they want to be David Mitchell, of Cloud Atlas fame, or Dan Brown, best known for the Da Vinci Code. Both are successful, both have had their books adapted into films, and both have first names beginning with D. I know who I’d choose, but I was interested to see which this writer would pick. They immediately answered, without even taking a breath, selecting David Mitchell. “That’s your answer then,” I said.

I am glad to report that after speaking to several other people, the writer in question opted to pen their first idea; the one that excited them, not the techno-thriller that was both at odds with their usual style of writing, and also would have been written solely to be sold and not as a work of artistic merit.

Unfortunately, not every writer decides to carve their own path like that. For every ground-breaking bestseller there are hundreds of pale imitations riding on the coattails of success. I suppose it is inevitable, but it is our choice as writers as to whether we stand out or sell out.

Standing out means telling the story we want to tell. Who cares if dystopias are en vogue? If you want to write about a drug-smuggling pensioner with a penchant for asparagus then that is the book you should write. Why produce another angst-ridden teen vampire romance carbon-copied from Twilight if you can create something original? Craft it from your imagination, breath it into life.

Selling out, on the other hand, is where you write what people want to read instead of what you want to say. Your main character needs to murder their sister? People won’t like that. It doesn’t matter that’s what the story requires, however gruesome or difficult it may be, if it might reduce your sales or turn people away, don’t put it in.

I think my position on this issue is quite obvious, but just in case I will clarify: stand out. Write what you want to write. Tell the story you have to tell, the one burning inside you to escape. Hold your nerve. I’ve written things that have resulted in family members asking me awkward questions, as they have struggled to separate fiction from real life. People’s opinions of me have changed after they’ve read my work, but that doesn’t matter. The story will endure well beyond the length of those difficult conversations. When it comes to the choice of standing out or selling out, for me it isn’t even close.

Seb Reilly is a writer, fiction author, and occasional musician. He has been published internationally and is Editor-in-Chief for Thanet Writers. He lives by the sea in Thanet, Kent, with his family and two cats.

Pen to Print alumni author, Juneha Chowdhury also tackles this tough topic in her article Tell My Story VS Sell My Story which you can read in Write On! magazine here: https://pentoprint.org/product/see-write-on-edition-2-here/

Tell the story you have to tell, the one burning inside you to escape.