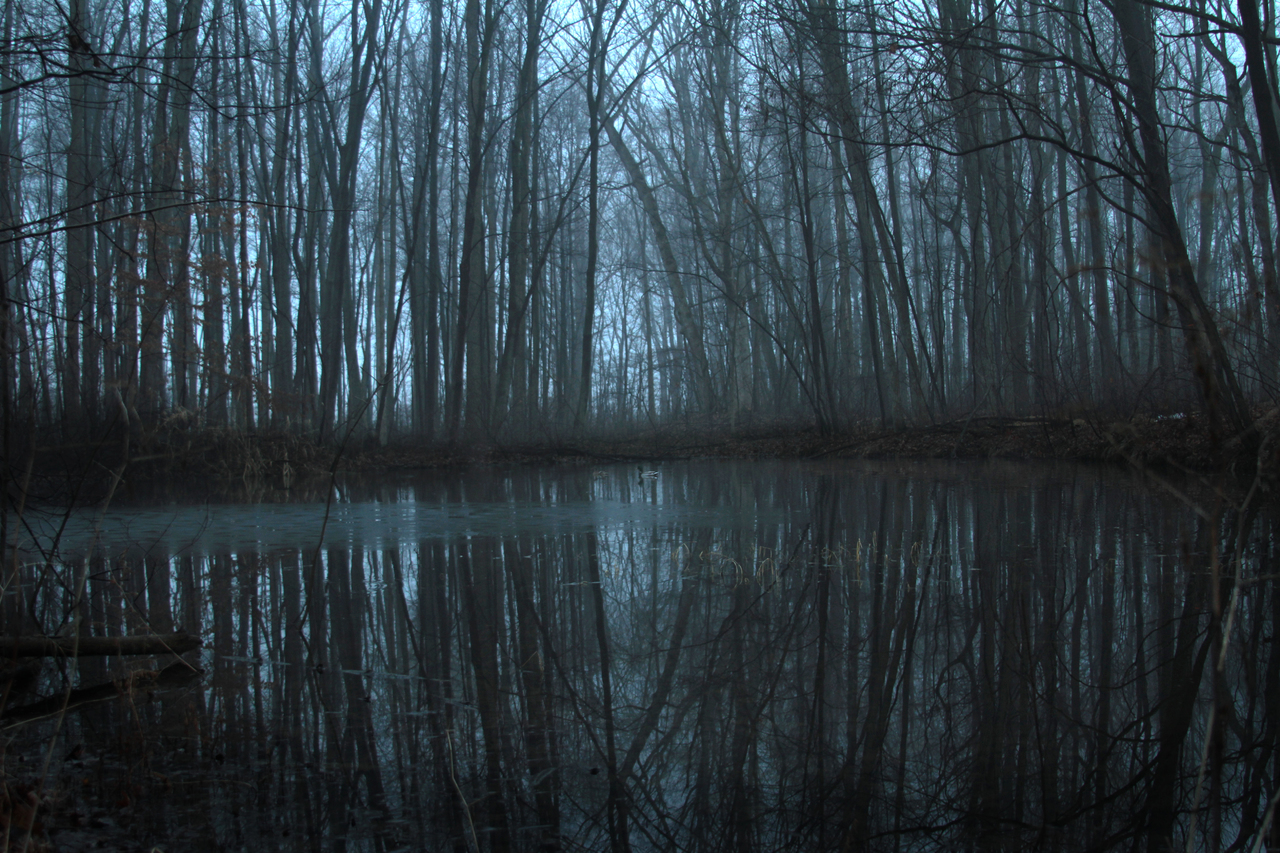 Nestled deep in the heart of the Atchafalaya Basin in Louisiana is the Bay Sirius Swamp. At the bottom-most edge of Butte La Rose Parish, the swamp used to be home to Bayou Chene, a thriving logging community. After the flood of 1927, twelve feet of silt covered everything Chene ever was, or would be again. Before that, it was the Village of Bones and occupied by the Chitimacha Tribe. No one knows who was there before the Chitimacha, or when the Witch first came to the swamp.

For generations, Cajun grandmothers passed down legends of the Bay Sirius Witch. Told as a cautionary tale to not stray too deep into the swamps, the threat was always an effective one. Young boys and girls would stay close to their mothers when crawfishing, lest the Witch snatches them away. Older children would dip their toes at the edge of her swamp and dare each other to go find the Witch. It was always an idle threat, a silly game.

It happened in the Summer of 1935, before the sun dipped below the horizon and the air was still thick with the day’s heat. Two young girls set off to test their bravery. Agnes Marie and Odette, both twelve years old, pushed out on a homemade raft for the direction of the swamp. Odette’s parents thought she was having a sleepover with Agnes Marie, and Agnes Marie’s parents thought she was staying with Odette. With lanterns full of oil and hearts full of courage, they pushed off from the muddy banks behind Odette’s home.

Agnes Marie was the bossy one of the two and, as such, insisted that Odette be the first to steer them. With a stick as big around as her forearm, Odette guided them through the waterways. She would push the stick deep into the mucky swamp bottom, lean on it to propel them forward, then pull it up with a “schlock” and start all over again. It was tedious work, and Odette was soon tired of it. She was thankful for the setting sun and its implied coolness from the scorching day. Deep in the swamps, the sun couldn’t reach you much anyways. Day or night, it didn’t matter. The same dense, wet air clung to your clothes and seeped into your bones.

Excitement soon dwindled to nervousness as they meandered through the swamp, steering their homemade raft around the towering tupelo trees. The crooked roots twisted from the brackish waters like outstretched arms, lit only by the twin beacons from the girls’ lanterns. The flared, moss-covered trunks narrowed as the trees rose in the night sky; majestic giants who ruled the swamps. A nutria rat glared at the girls from within a tangle of roots at the base of a particularly large tree. It, too, seemed eager to see what would happen to them that night.

The girls kept on their path, steering clear of water moccasin snakes and gators as best as they could. Odette was growing more uncomfortable by the minute.

Small waves billowed out in circles around their raft and broke against the tree trunks. Cypress trees mixed in with the tupelo as they went deeper into the swamp. The red knobby roots reached out to the girls as if to say, “Stop. Beware.” Dark lines on the trunks loomed high above the girls’ heads, revealing the depth of the 1927 floodwaters.

Agnes Marie and Odette drifted by the trees, oblivious to their warnings while the swamp rose around them in a chorus. Crickets sang, bats flapped their wings, and crawfish and other creatures splashed in the water.

Odette nodded her agreement, eager to get back to her home. She hadn’t wanted to go into the swamp in the first place but couldn’t let Agnes Marie think she was a scaredy-cat.

They turned around, rowing faster than when they had first come into the Bay Sirius Swamp. Holding their breaths, they didn’t dare speak. Something was in the air. Something… different, heavy. Something they no longer wanted any part of.

Before they had gone two feet, a large splash echoed behind them and water flew over the girls, washing away any remnants of bravery. A thin scream pierced the night as an unseen force jerked Odette off the back of the raft and into the shadows beyond, rocking the small wooden vessel violently. Agnes Marie flew through the air and into the water, followed by both lanterns. Panicked, she swam as fast as she could towards home. Once there, she fell onto the muddy banks, gasping for breath. With every remaining bit of energy she had, she rose to her feet and ran inland as fast as she could. She did not look back.

Agnes Marie eventually returned to the banks and waited all night for Odette. That’s where Agnes Marie’s parents found her, right before lunch the next day. Shivering, even though she was dripping with sweat and baking in the late morning sun.

Odette never made it home.

Search parties combed the Swamp for a week before giving up. Every group that came back had bloodshot eyes, trembling hands, and wouldn’t talk to anyone for hours. When they did, they spoke of hearing Odette’s scream and the clunk of wood on wood, like a raft pushing through the trees. The noise would get closer until it felt like someone was breathing on the back of their necks. Then, a loud cackling would pierce their ears, causing them to bend over in pain. They would turn around, yelling, “Who dat!?”, but there would be nothing behind them but the tupelo trees.

So it was, with the Bay Sirius Witch of Atchafalaya Basin. Sometimes, when the crickets take pause and the wind catches its breath, you can still hear Odette’s screams, and the faint thud of wood on wood.

The Bay Sirius Witch of Atchafalaya Basin is one of the stories featured in the free anthology, Haunted, available to download here: https://books2read.com/u/bowXZZ

She would push the stick deep into the mucky swamp bottom, lean on it to propel them forward, then pull it up with a “schlock” and start all over again. It was tedious work, and Odette was soon tired of it.