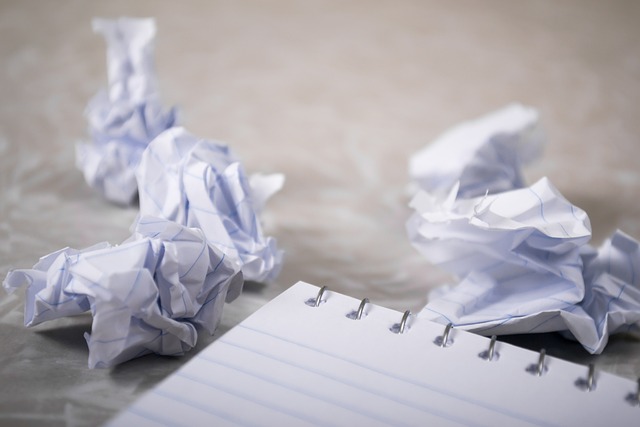 I have writer’s block. Yes, I know there are those who say writer’s block doesn’t exist. That it’s not a ‘thing’ at all, but merely a psychological issue, all ‘in the mind’. That may be true, but this invisible issue is causing a major wedge between me the writer and the work I know needs doing.

This is not the first time I’ve hit this brick wall. In the past, there were years I didn’t write, couldn’t write. During one of those particularly barren times, I read up on what writer’s block is, and what to do about it when it strikes. The American advice-giver suggested that it’s often because the writer has things on their to-do list that are more pressing, weighing them down. His advice was to clear those things out of the way first. To paraphrase: “If you need to clear the garage, clear the garage.”

It may be more than coincidental, then, that what I’m doing this Autumn – rather than the writing I ‘should’ or ‘ought’ to be doing — is decluttering my entire house. I’m compelled to do this after packing up my elderly mother’s house last summer, when she downsized from the five-bedroomed semi that what was once my teenage home into a one-bedroomed sheltered flat. As I was stuffing what seemed like my mum, dad and three siblings’ entire lives into black sacks and charity boxes, I vowed never to hang on too long to the items in my own home. I was keenly aware that, inevitably, one day, all my ‘stuff’ will have to be sifted through and disposed of. So, I will save those people half the hassle by getting rid of much it myself. Now.

Decluttering an entire house is daunting and time-consuming but, ultimately, addictive. I’ve broken down the job into small areas to be tackled one-by-one, and have put these onto a spreadsheet. Every time I sort through an area, I fill the corresponding cell on the spreadsheet a satisfying neon yellow. The spreadsheet is now one-third yellow, even more satisfying! All the while, though, the writer part of me, the part that ‘ought’ to be writing, is wagging its finger, saying, “You’re procrastinating!” And, in many ways, this venture does feel like the ultimate in procrastination. But in other ways it feels like the right thing at the right time.

It’s not entirely lost on me that I’m approaching a (cough, cough) Big Birthday in a few months’ time. The kind of age that stops you in your tracks and causes you to reflect on what has been, where you are now and what you still want to do. But this is not some kind of mid-life crisis. No, just a mid-life declutter; a lightening of the load I’ll be carrying with me into the next however many years.

Not only is clearing surfaces easier on the eye, chucking out the non-essentials from cupboards and drawers is therapeutic. Once I’ve wiped the nostalgic tear that springs every time I come across my boys’ ‘Little Star’ school certificates, their pencil drawings and birthday cards To Mummy in child’s scrawl, I’m able to determine which things I value enough to keep and those which are excessive. I’ve never been a hoarder but there are some things I never throw away and, it appears, my biggest hoard is my writing.

When I was clearing out my mother’s house, it was tricky to know what to do with my late dad’s stuff: his exquisite pen-and-ink drawings of buildings, his felt-tip pen cartoons and commercial artistic impressions. In the end, I kept all of the originals and recycled the boxes and boxes of prints. It was hard to do, knowing what those prints had once meant to him. How, when he was unemployed in the recession of the early 80s, with four kids to feed, he had trudged from door-to-door, desperate to drum up business from his artistic talent. My dad was always a trier, someone who persevered against all odds and never gave up. A creative man whose endless ideas spewing from his head eventually earned him the nickname ‘Vesuvio’.

I’m reminded of this when I go through my own cupboards and see the stacks and stacks of typed manuscripts, notebooks, A4 pads and folders filled with research. I see all this through the eyes of the future person who will one day have the unfortunate task of chucking it away. I’m shocked at the sheer volume of work: two double cupboards and two chests of drawers full. I realise I’ve been doing a lot more, over the years, than sitting on my backside drinking coffee. All those hours, all those projects – so many novels and plays, there are some I had clean forgotten!

There were projects that were triumphs and some that started out hopefully but, due to bad luck, external obstacles, or lack of sheer determination, led to nothing. All are now resigned to lying in darkness. There was the novel I put aside to help someone very close through a difficult year, the novel that came third in a competition but no agent picked up, the YA novel I spent years on but finally abandoned. The play that had a rehearsed reading at the Bush theatre, but required various permissions that would have been too difficult or expensive to acquire. They are all there, my babies, in their various Times New Roman drafts, plotted onto index cards and developed and crafted in the handwritten notes.

All this reminds me I’ve been here before. The reality of being a writer is that I have faced disappointments and had major rejections. One huge one recently, after having been extremely lucky to find myself on a prestigious shortlist. It’s this knock-back, no doubt, that’s sent me spinning on this downward spiral into writer’s block. Maybe I’m filled with self-doubt? Yes, I’m most definitely filled with self-doubt! I feel lost and unsure where best to place my energies and which of my projects to spend time on. There’s the first draft of a novel I wrote in lockdown that’s begging to be rewritten, my audio drama that could be scripted, the murder mystery that keeps calling to me but I keep ignoring, and the literary novel with a twist in the middle. There’s the desire to write a Netflix series, and a six-part BBC TV drama.

My dad died at 60. He died just 18 months after his career, his success as an artist, had finally begun. The sculpture he completed at 59 was the first to stand in the Thames. I know what he’d say to me, if he were here: “If at first you don’t succeed, try, try, again.”

I’m sure I will try again. But first, there’s a house — and mind — that needs decluttering.