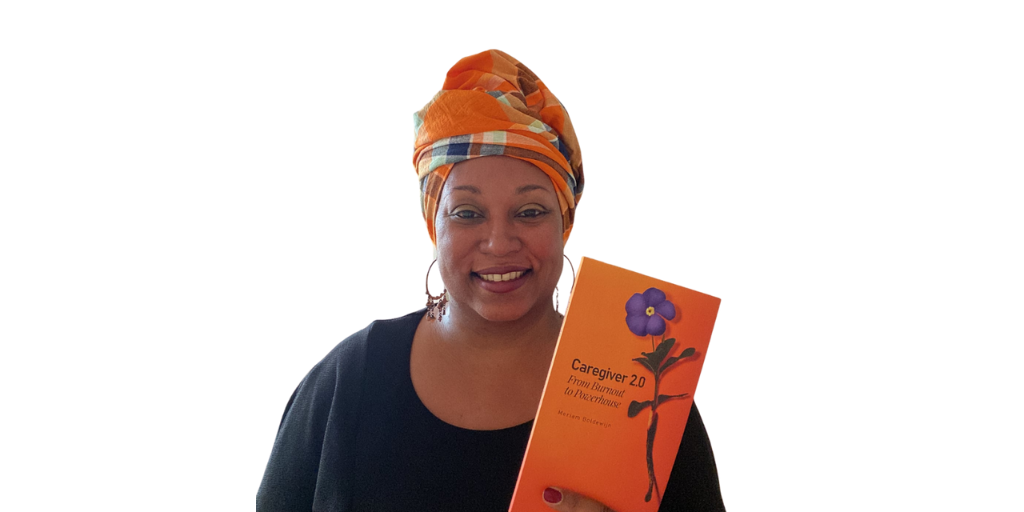 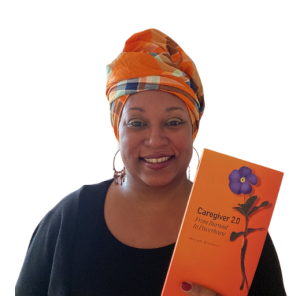 In 2003 I had burnout while taking care of my husband. He was a diabetic, on dialysis and finally had kidney-pancreas transplant surgery. Besides caregiving, I worked full-time and was also the cook, cleaner, driver and more. Not only that, but he had so many other surgeries that I lost count. When I finally came out of that roller coaster, my brother had a stroke and was partially paralysed.

Caregiving is hard, both mentally and physically.

Even though I went through tough times, I chose to invest in myself after my burnout and created a step-by-step system that helped me prevent another burnout when my brother had a stroke. Between 2013-2019, I owned a webshop in exclusive clothing for full-figured women and inspired, motivated and gave more than 1000 beautiful women (more) confidence and let them see the beauty in themselves. When I closed this webshop in 2019, I didn’t yet know what I wanted to do.

It wasn’t until I had a meet-and-greet Zoom call with a friend whom I had met online. While I was telling my story, I noticed she had tears in her eyes.

“I’m sorry, it wasn’t my intention to make you cry. Maybe I should write a book,” I said. Immediately followed by: “Nah, I’m just kidding. Who would want to read my book?”

“Meriam, that’s exactly what I wanted to suggest and since I’m a writing coach and editor, I’d be honoured to help you. People need to hear your story. Not only that, but you can help others by sharing it.”

I had so much to share and I didn’t know where to start. That’s where my writing coach came in, by providing me with prompts. Some stories were hard for me to write, because I had to get out of my comfort zone. But it became easier for me when I thought of how it could help others. I cried and laughed while writing my book, so it was also therapy for me.

Today, I get comments from fellow caregivers who thank me for sharing my story, because it resonates and they feel heard. Non-caregivers who read my book are shocked, because they’re not aware of what caregivers go through. My book is for everyone; the world needs to know what we do.

Caregiver 2.0: From Burnout To Powerhouse (extract):

Diabetes is a nasty illness, and unfortunately, it has caused neuropathy for Martin. The nerves in his foot are damaged and he can walk with a pin in his foot without feeling anything. That’s why he isn’t allowed to walk with bare feet. Martin broke his ankle on July 7, 2009, while playing football with my nephews in the park. He didn’t notice it because of the neuropathy. We thought his ankle was sprained. I was concerned about his ankle still being swollen after one week, and we went to see the doctor in the hospital. He had to stay the night, and an x-ray showed that he had a fracture on the left side of his left ankle. He had a cast for almost eight weeks and the fracture healed. We had planned a Panama Canal cruise in September to celebrate our 4th wedding anniversary. But Martin’s ankle was still swollen, and we thought that it was because of the healing process of the fracture. Since we didn’t trust it, we went to see the doctor again in the hospital.

“I’m sorry, but you have to cancel the cruise! Martin needs surgery.”

Martin had taken a wrong step and broke the lateral malleolus bone of his ankle. We just don’t know when this happened. He had surgery and a cast for another six to eight weeks. During that time, I was working, the driver, cook, cleaner, caregiver again. But that’s not all! When the cast came off, we saw that Martin’s ankle had grown crooked. After many appointments and x-rays, they found out that the surgery didn’t go as planned. They hung the bone too high and that’s why his ankle grew crooked. Martin made more bone but at the wrong place: on top of his ankle bone.

Another time of appointments, anger, and disappointment arose. Martin didn’t fit in his shoes anymore and needed orthopaedic shoes. These shoes had to be adjusted at least twenty times. Accepting the fact that he couldn’t wear his modern shoes anymore, and the constant pain in his foot wasn’t doing his mood any good. Not only that, but Martin also started having an ulcer under his foot, and because of the neuropathy we found out too late. At a certain point, the ulcer was almost an inch deep. In the hospital, they removed calluses many times, but that didn’t help because the nasty stuff was underneath. He even had a cast for six weeks, but that didn’t help either. The ulcer was very deep, all the way up to his bone. One day I went into the treatment room with Martin and watched the nurse clean the ulcer. Blood and pus were coming out of it.

“Are you ok Meriam?”

Then she took a syringe and filled it with disinfectant and went into the ulcer. I can imagine if you feel nauseous right now.

Yes, we caregivers go through a lot. During the procedure, Martin was having a conversation with the nurse, because he didn’t feel any pain. I told you: diabetes is a nasty illness! Note that this procedure was done without anaesthesia. As I was watching this all very closely many things went through my mind. I was the one who should do this at home three times a day. Doing it myself would save me driving back and forth to the hospital daily. I asked the nurse for help; I needed to know how to clean the ulcer, I needed sterilized syringes, compresses, band-aids, tweezers, and all other medical supplies. Martin used crutches for weeks, and I cleaned the ulcer every single day, and we could go for a check-up every four or five days. Within a couple of weeks, it was healed, but we still had to be careful and check his foot daily. It happened a couple of times that we noticed an ulcer too late, but as soon as I started the cleaning procedure it healed within a few days.

One year later, in September 2010, we went on the Panama Canal cruise and celebrated another victory. Yes, Martin needed extra care, accepted the orthopaedic shoes, and this will be the same for the rest of his life. Because his ankle is crooked, we have to stay on top of any hidden ulcers under his foot. But we won’t let this dominate our lives.

Dear Caregiver,
Do you clean your loved ones’ wounds, and do you ask medical professionals for help if you’re stuck?

It took nearly eight months to write my story. I blocked every Thursday, Saturday and Sunday from 8am – 12pm to write. It was my me-time; my self-care moment.

I ask questions in my book which may make you feel uncomfortable. However, you need to know that, answering those questions helped me transform my caregiver’s life. Besides telling my story and asking these question, I also provide tips on how to own your well-being. I want you to think about your situation, how to change your lives so you can have more ease and balance.

I chose self-publishing and  hired a freelancer on Fiverr to help me convert my Word document to Kindle and paperback. I also did research on how to self-publish on both Amazon and IngramSpark. This way I could reach more people and book stores worldwide.

On June 10, 2021, Caregiver 2.0: From Burnout to Powerhouse was self-published. It has been the #1 Amazon Hot New Release three times in a month. IngramSpark is our fan and has even shared a post on their Instagram page. Together with my sister from another mister, Ashley Jackson-Thompson,  I am on a mission to reach as many caregivers from all over the world. They should know that they’re not alone and that they are appreciated. We share our stories in interviews, magazines, virtual events, in person and on social media.

If someone had told me 18 months ago that I would be an author of a #1 Amazon Hot New Release, I would have laughed so hard and said: “You must be the funniest person at home”.

Believe me: many people have a great story in their belly. It’s time to get it out y’all!

Connect with Meriam on her website, social media and find the buy links for her book at her Linktree: linktr.ee/meriamboldewijn

Some stories were hard for me to write, because I had to get out of my comfort zone. But it became easier for me when I thought of how it could help others.