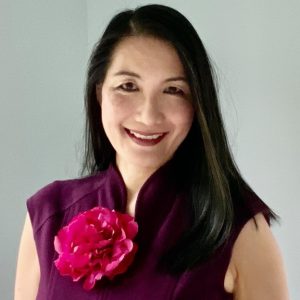 One of the top questions readers ask about my Goodbye, Orchid series is, “How autobiographical is your writing?”

The answer is not as straightforward as the question may appear. My fiction features a heavy dose of imagination, mixed with research, and sprinklings of personal experiences. The clearest links to my life are mirrored in my main character, half-Asian Orchid Paige. She’s a successful business person who’s overcome childhood adversity.

Friends often note they see my sense of fashion in her. Case in point, this description draws inspiration from my wardrobe: Dolce & Gabbana made Orchid’s love of leather and faux fur look good, even when worn together in a seemingly unplanned flurry.

Like my twin sons, her ancestry is half-Chinese, half-European. In my latest book, Orchid Blooming, Orchid is driven by a desire to visit her mother’s ancestral land. She wants to win a work role in Beijing to feel closer to the memory of her mom:

[Orchid] tapped open a new window to search for information about expatriate assignments. She lost herself in photos. Pictures of smog and crowded highways competed with images of cherry blossoms and temples. She knew that her mother’s nostalgia was for China’s ancient history rather than its present-day complications. Still, she nearly forgot to breathe as she sought her mother’s features in the faces of pedestrians.

Similar to me, as an American-born citizen with Chinese ancestry, her view of the country begins clouded in mystique. In Orchid Blooming, she thinks that: China had always seemed a place of mystery, even though her mother’s ancestry gave her a direct link to the country. Her mother rarely spoke about her parents’ turmoil of leaving behind family, property, and wealth when they fled the Communist regime in 1948. When stories did emerge, they were relayed in whispered tones that alerted Orchid to secrets and shadowy unknowns. Since no one spoke of it openly, China had formed in her imagination as an unreachable and mystical place. 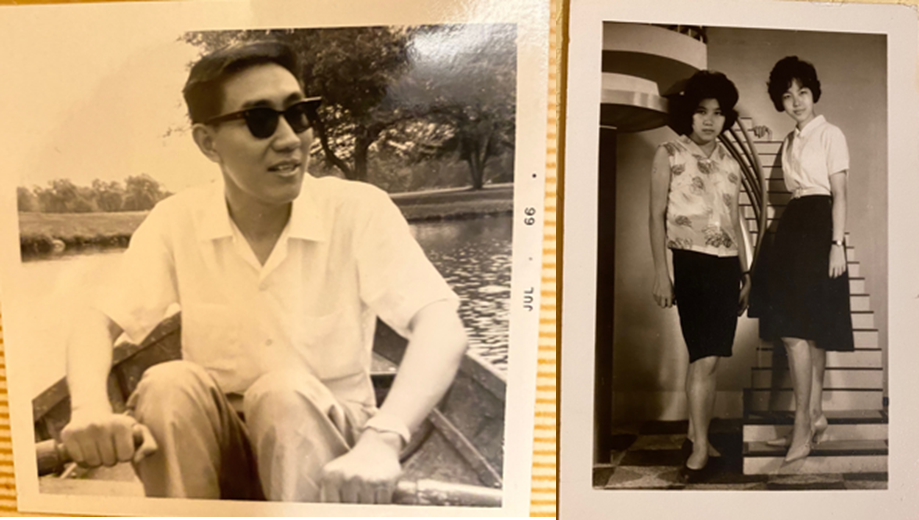 Caption: Photos of the author’s father, mother (R) and her mother’s friend

For me, that fog began to lift when my company asked me to run our Chinese gifting business based out of Beijing. Moving there for a two-year ex-pat assignment, my family and I absorbed the colourful language, lively vendors, and unexpected customs. 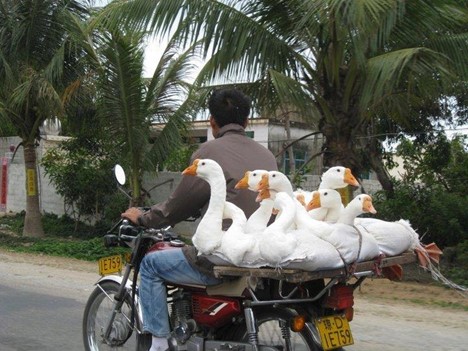 Caption: Beijing gentleman biking with more than a half-dozen geese riding in the back 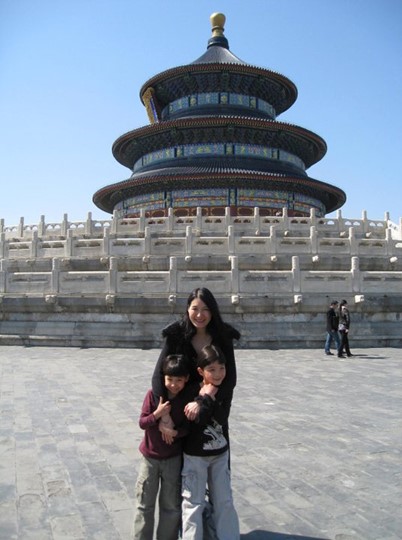 Caption: The author and her twin sons at Beijing’s famous Temple Of Heaven

One aspect I’d expected was a feeling I would completely fit in, as opposed to being ‘other’ or ‘exotic’ as I’d sometimes experienced in the U.S. Walking along Beijing’s streets, I was surrounded by people with similar colouring and features to me. I’d scan the crowds to find a sea of dark hair and dark eyes. Even though I’d intellectually expected this reality, the lack of diversity felt startling.

But my biggest shock was that Chinese citizens didn’t interpret my Asian ancestry to mean that I was Chinese. One night, a pair of my coworkers burst my assumptions over dinner. We sat around one of the restaurant’s Lazy Susan tables, our multi-course meal rotating from one person to the next.

“How come you learned Chinese so much faster than the other ex-pats?” my friend asked, her chopsticks plucking a tasty morsel from one of the porcelain platters.

I blushed, aware that I still had much to learn. “Well, they’re waiguoren,” I said, using the Mandarin word for foreigner, which universally indicated anyone not from China. “And I look Chinese, so I figured people would expect me to speak Chinese.”

She swallowed her mouthful and put down her utensils, her eyes crinkling. “Silly you, of course you don’t look Chinese.”

“What? What do you mean? How could I not look Chinese? I’m 100% Chinese,” I said, thinking about my Shanghainese parents and the cobblestoned sidewalks where they’d played in childhood.

“Oh no,” she corrected me. “We’d never mistake you for Chinese. Never with that toufa, or with those clothes.” She pointed at the angled flip of my hair, and stylish black layers.

Our colleague chimed in, her ringed fingers jabbing towards me in good humour. “We can tell you’re Western from a mile away,” she laughed. “It’s your mannerisms. The way you carry yourself.”

Soon, they changed the subject, the observation obvious to them. But I remained floored.

I’d thought this would be the one place where being Chinese meant I completely belonged; compared, for example, with the schools where I’d grown up being viewed as an ethnic minority. It was a strange paradox that, at home, people’s surface judgement classified me based on my Asian appearance. Yet in the land where I thought I’d be assumed to be Asian, Chinese Nationals highlighted I was truly a blend!

So, how autobiographical is my writing? There are certainly echoes of my life in Orchid’s but also, writing her story has deepened my insight into my own experiences. I realised that living in Beijing demystified the land my parents’ generation rarely mentioned. And after growing up trying to be more ‘American,’ my time abroad helped me appreciate that there’s no ‘either-or’.

All told, fiction and life intertwine to illuminate new truths. The biggest truth I hope for is that, over time, we will increasingly find we have more in common than our superficial differences might indicate.

This essay is also available at https://rememberingshanghai.com/2022/09/how-heritage-shows-up-in-my-fiction  and was originally published Sept 13, 2022

Carol’s mission is to unlock optimism as a writer, speaker, digital strategist, Board Trustee and Climate Reality Leader. One secret to her good fortune? Her humorous husband and twins, who prove that love really does conquer all!

Please sign up for Carol’s newsletter at: carolvandenhende.com/contact or via her Linktr.ee.

But my biggest shock was that Chinese citizens didn’t interpret my Asian ancestry to mean that I was Chinese.