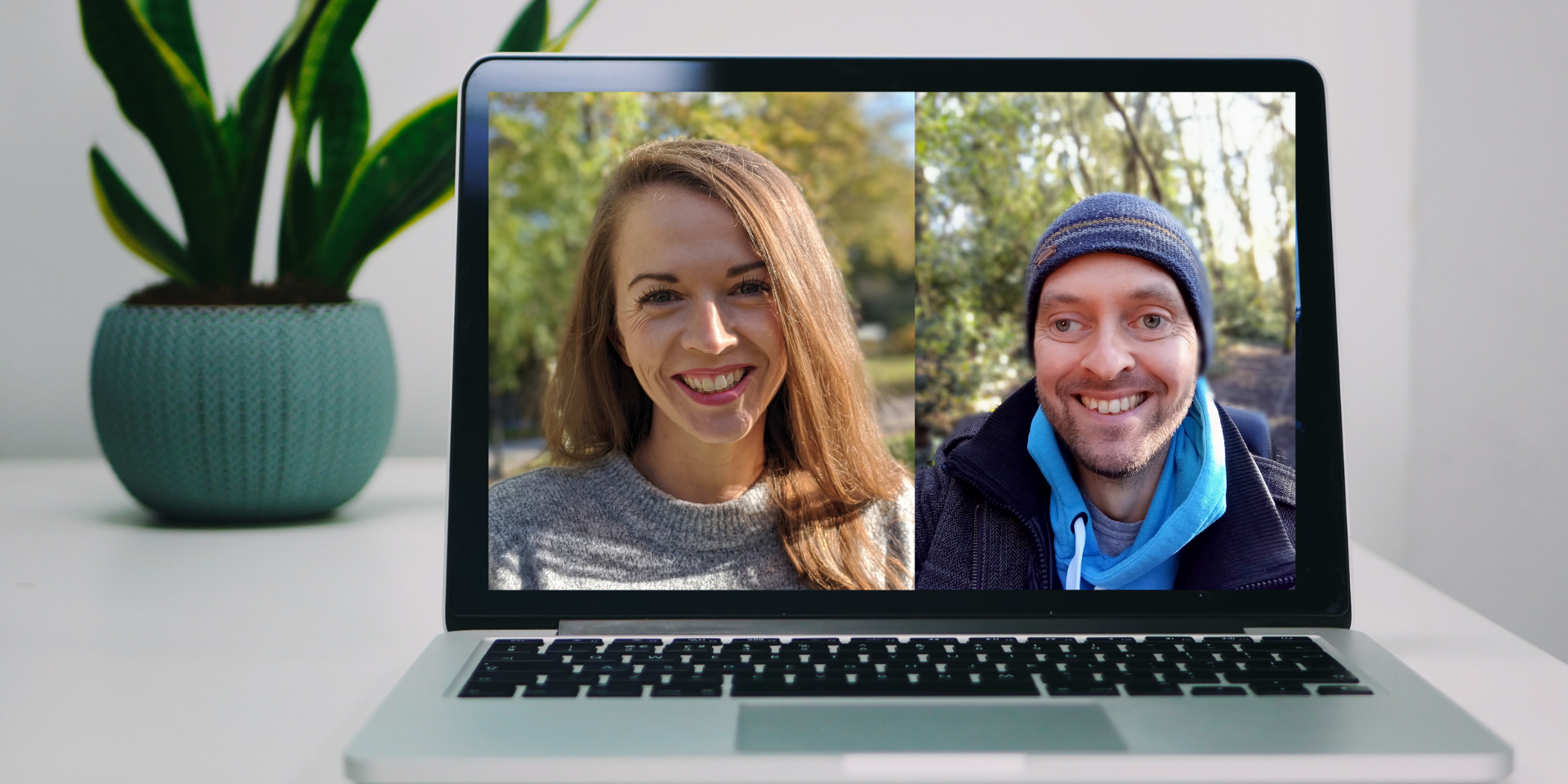 Catherine Coe has a fascinating career. I interviewed her for the Write On! Issue 11 Sponsorship Page, Writing Doesn’t Have To Be A Solo Job and in our Zoom interview, I was struck by one comment in particular:

“I love change. Adults tend not to; however, I do. I love a new adventure.”

Catherine Coe – Where It All Began

The bestselling author of more than 40 children’s books spent her childhood by the sea in Lowestoft, Suffolk, the most easterly town in the UK. Eighteen-year-old Catherine moved to London to read English Literature at Roehampton University. Her career began as an editor, first at Hodder Education in adult trade non-fiction, then at Orchard Books, an imprint of Hachette Children’s Books. 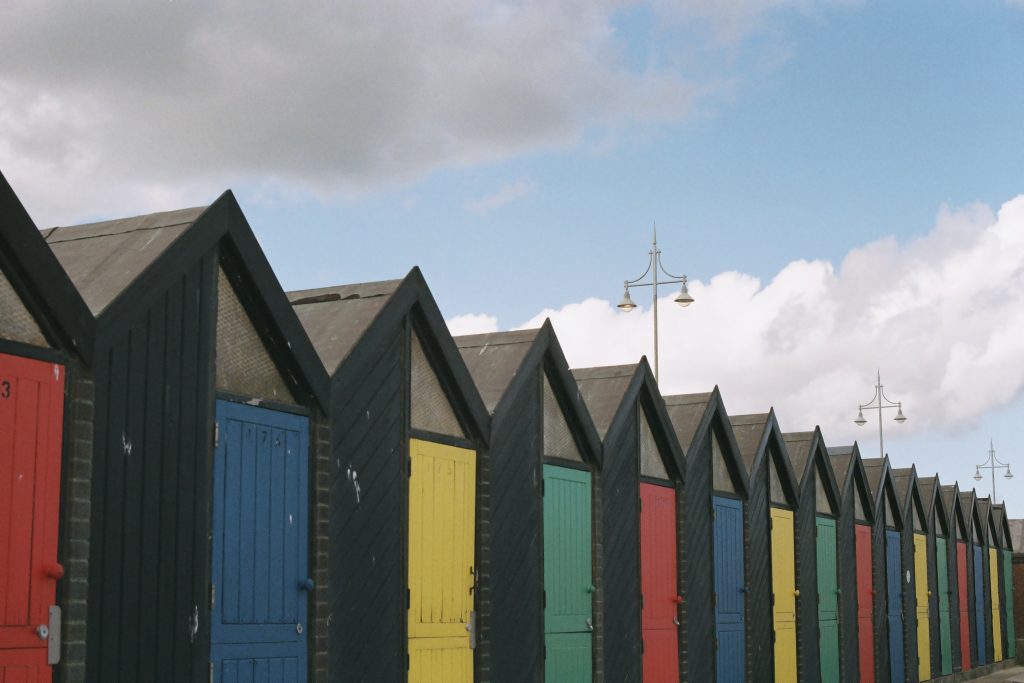 In 2011, she left to start a freelance business. Her clients are writers, publishers and agents. Catherine’s website showcases a portfolio which includes proofreading two of David Walliam’s books and one from the Vampire Diaries series.

She’s co-editor of the British Society of Children’s Book Writers and Illustrators’ Undiscovered Voices, a biennial competition. As for Catherine’s extensive bibliography, some written under a pseudonym, it began with an eight-book Kid Cowboy series in 2012, published by her former employer, Hachette.

She has written five other series from 2014 to date:

These books were published by Scholastic, the world’s largest publisher and distributor of children’s books.

The eight other individual books she’s written since 2013, range in content from camels to skateboards and aliens. 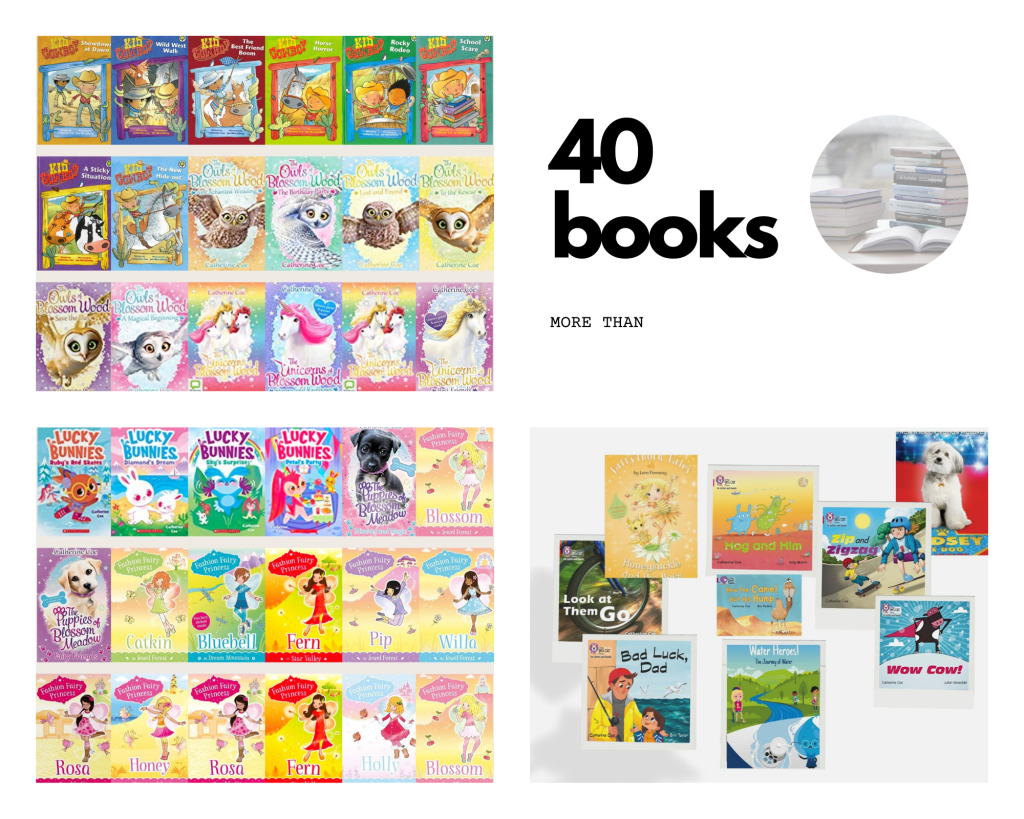 On Learning And Mentoring

I mention how many books she has written. Catherine is modest. “They are short, though, not 100,000-word epic novels.” She reveals she attends courses, reads books and participates in writing critique groups. Early on, she realised the importance of being open to what others are saying: “Just because I’m an editor, it doesn’t mean I can edit my own work.”

It’s refreshing to meet an established author willing to talk about how fellow editors, who are also friends, mentor each other, often asking for advice about a particular subject, what’s going on in the market and engaging in peer-to-peer editing too.

Catherine says, “I’m always learning. You never know it all!”

In 2021, Catherine founded the All Stories Mentorship Programme for underrepresented children’s book writers unable to pay for editorial support. Thomas Thomasson, Catherine’s mentee in the All Stories programme, who also attended the Zoom call, says his first impression of her was of a warm and playful person. 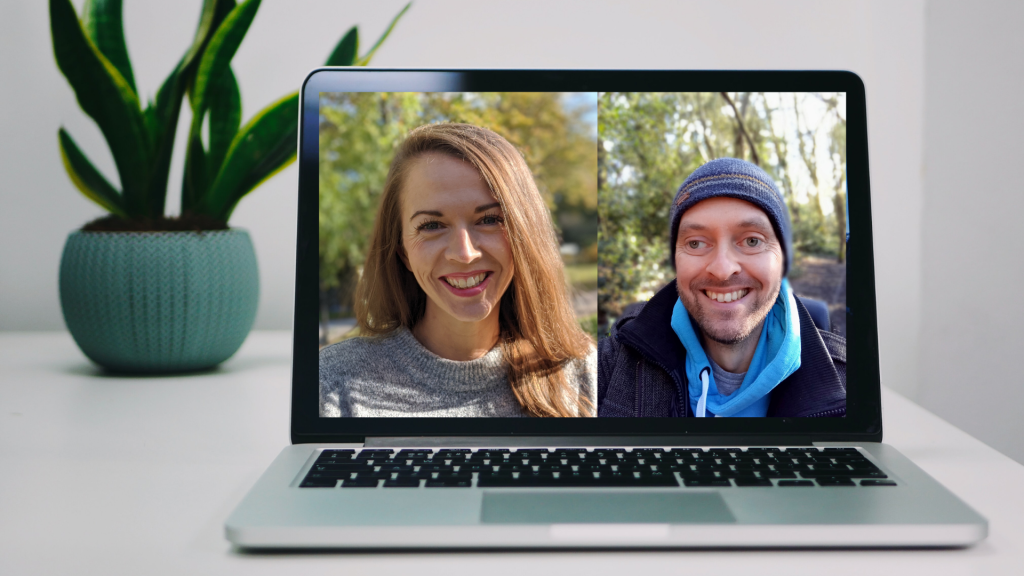 “I felt this sense of connectedness from the beginning. I think we both appreciated fun, slightly whacky, anarchic things.”

From the outset of the mentorship, Tom identified goals, one of which was to complete half his manuscript within six months. They discussed word count per month and how conversations about new chapters in each session would benefit his writing and support momentum.

On Acting And Writing

“He was by far and away my top choice,” Catherine says. “What stood out for me was the initial scene. Tom’s vivid characters jumped out from the first page. The alien tourist was sitting in a car with a duck and I immediately wanted to find out what was going on. The duck is escaping from something and we don’t know why. It all felt incredibly honest and authentic. In his application, Tom talked about being an actor and characterisation.” She adds, “Applications are hard, because you’re making yourself vulnerable, not just about your writing history, but what you need as well.”

Tom reflects on the application stage.

“It was important to do a few drafts and plan, to take time to really connect with what I wanted to say. A piecemeal approach allowed my brain to relax and I did at least three drafts. Some areas I knew exactly what to write, for example, having dyspraxia. I was quite clear the kind of help I needed – around description, for example.” 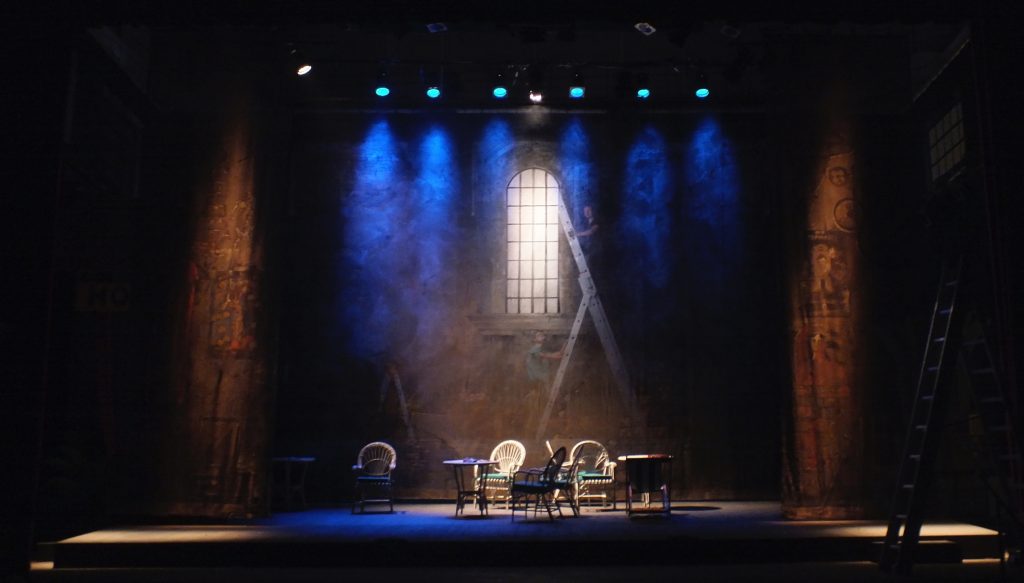 Our conversation reveals similarities between the acting and writing worlds, with Tom wanting to express his passion for writing, just as an actor conveys his passion on the stage. He tells me about how one of his tutors talked about if you can taste a word, what would a road taste like? It seems as though actors grapple with words, like poets juggle diction.

Tom tells me the spirit of improvisation and play in mentoring sessions with Catherine involves discussing what characters do next and how they evolve. Together, they examine the structural integrity of pineapple in space, the sort of car a duck drives and what an alien takes on holiday.  Questions come up on who characters are drawn to, why, and whether a character is stressed or happy.

He’s also been encouraged to build more comprehensive backstory and emotional drivers for stronger, more believable characters. Tom compares it to basic rehearsals for actors. They examine a character’s overall objectives for each scene; even goals which may be subconscious.

Catherine observes it’s funny how often she’s collaborated with actors and been linked to scriptwriters.

“They bring a certain style. Plays and drama rely on dialogue, which is often quite sparse.”

Her own background in performance is limited to when she was little and played with friends. They created a dance show, charging 50p, with proceeds going to Great Ormond Street Hospital For Children. Catherine momentarily flits to treasured memories from the past  – on being obsessed with books, walks with her grandfather at the park and seaside, where he sparked her curiosity, while an aunt, employed in a primary school, told stories too.

Tom grew up near a small wood. He loved to explore, though his sense of direction was all over the place. The natural world captivated him. Legends his father told him, of fantastic lands and mythical creatures, resonated with him as a ten-year-old and still do so today.

I recently contacted Catherine via email. She tells me that, after completing his mentorship, Tom is now focusing on the second draft of his novel and developing online meditation to support performing artists. The second year of the All Stories Mentorship Programme was launched in April and they are about to announce the new cohort of mentees.

In other news, two more Lucky Bunnies books were published this year. Plus, Finish UK, the dishwasher detergent manufacturer, and environmental charity WWF UK, approached her about their joint campaign.

“They had quite a strict brief, which is not for everyone, but I enjoy writing to a brief and pulling information into a fictional story.”

The educational story Water Heroes: The Journey Of Water, which she wrote for them, features a humorous Water Wizard who teaches “RIVER-ting facts for you to POND-er on” and jokes that, “Only a drip would waste a drop!” 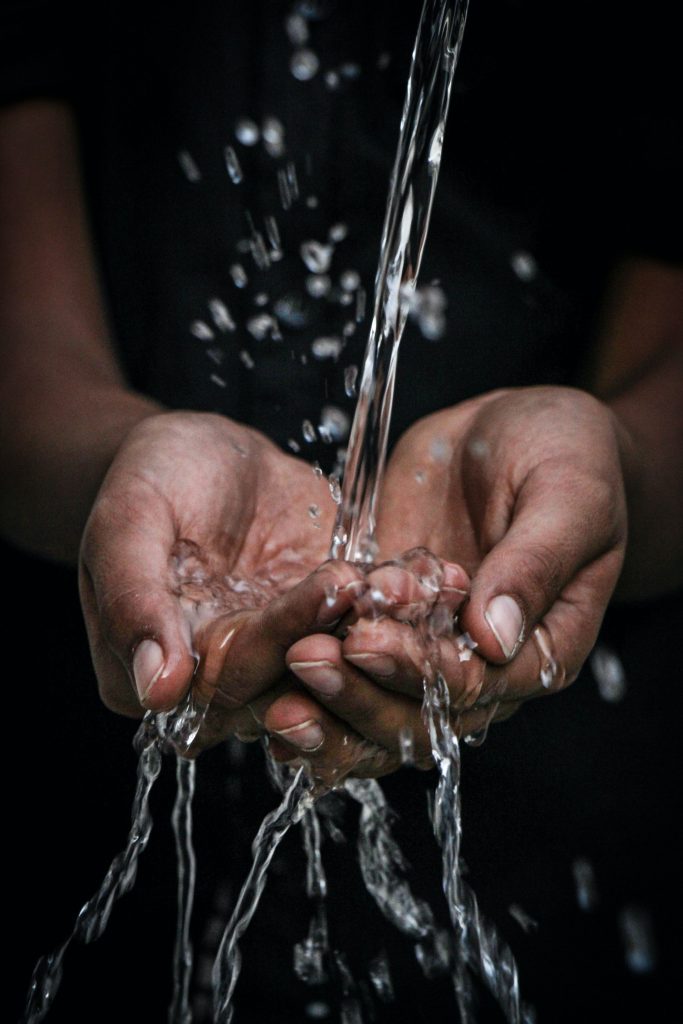 Additionally, Catherine is currently busy with a new young adult fiction project with an author friend. She can’t disclose much, but says: “It’s been great to have a writing buddy. We bounce our work back and forth.”

Meanwhile, two Puppies Of Blossom Meadow books will be out in September. A timely move, given the Dogs Trust found 3.2 million dogs joined UK families during lockdown, resulting in a dog population of 12.5 million.

In the Blossom Meadow series, three best friends discover an enchanted collar that transforms them into puppies and whisks them to Blossom Meadow. The characters literally change and go on adventures, which reminds me of Catherine’s love of change and adventure. Is it this mindset which might be one of her secret ingredients to success?

Blossom Meadows is set in the same world as the Blossom Wood series of ten books that have their own web page, where you can play the game of an owl avoiding flying objects, a word search, maze and other amusing activities.

Catherine says in her YouTube video about The Owls Of Blossom Wood: “The very best thing about writing these books was imagining what it would be like to fly as an owl, because who doesn’t want to fly! I can’t imagine anything more magical. Think of skipping once, twice, three times and hopping off into the air, soaring over the tree tops, feeling the wind ruffling your feathers.” 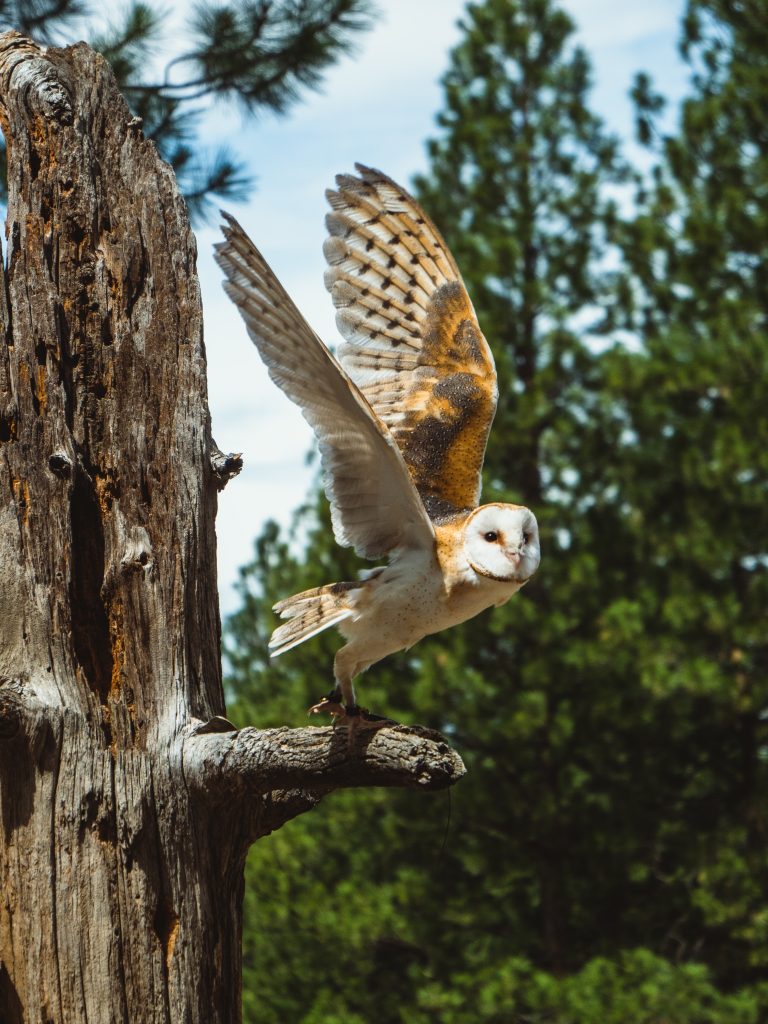 Find out more about Catherine at catherine-coe.com, on Twitter and check out the mentorship programme allstories.org.uk. Water Heroes: The Journey Of Water is free to read online.

Ellie M Blake is a contributor to Write On! and Write On! Extra. She’s on Instagram and at mycreativeeveryday.weebly.com.

I’m always learning. You never know it all!