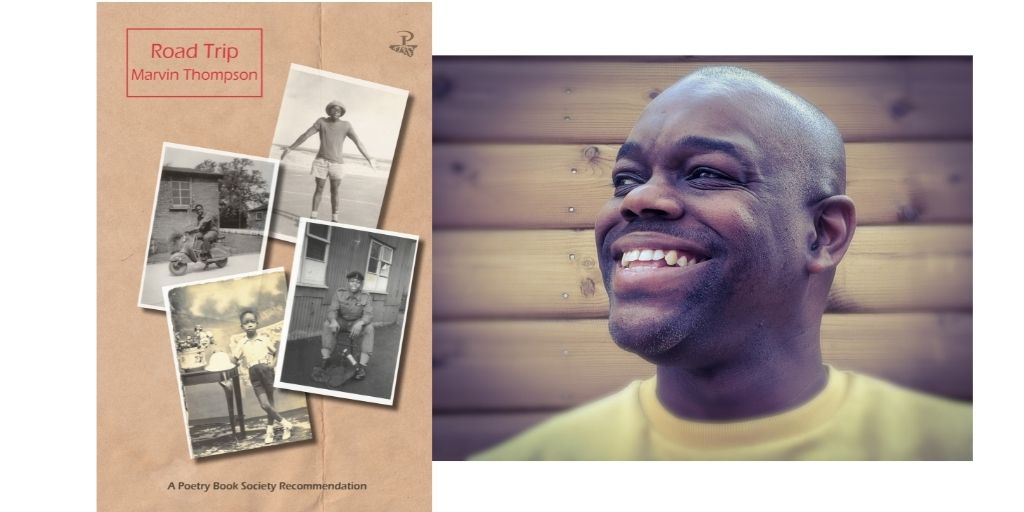 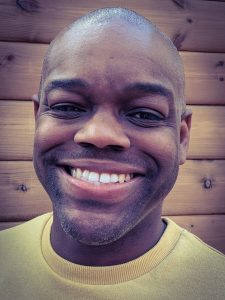 Rushing home from college to meet award-winning poet Marvin Thompson on Zoom, I’m a bit nervous; it’s my first-ever interview! I’ve been delayed by an interesting CPD (Continuing Professional Development) session. Little do I realise how relevant the discussions about diversity at Southwark College will be to my conversation with Marvin over the next hour.

As well as a being a teacher, Marvin is an established poet. But, despite his status as the Poetry Society’s 2020 National Poetry Competition winner and an ambassador for Literature Wales’ new professional development programme, his passion for communicating what matters to him, moves me past my initial nervousness.

We start by connecting around the fact neither of us lives in the place we come from originally. Having moved from Poland, I’ve been in London ten years; while Marvin, who migrated from Tottenham 11 years ago, lives in Newport, Wales. We compare day jobs. He’s a secondary school teacher, while I’m also a poet who teaches. Marvin says he’s planning on going part-time, sharing his excitement at a recent call from a literary agent.

He tells me “It’s been a long journey”. Our theme is ‘Keeping Going’, so this seems like the perfect place to start. Marvin shares that his starting point is based around his children: three natural, two step-children.

“As a father, the legacy I want to leave is based on uncovering voices and ideas black British children can relate to: from the past, but also in the present.”

I decide to delve more deeply into what has shaped his creativity. Marvin tells me that, though he hails from London, his strong Caribbean roots are a natural connecting force to the educator and writer he has become in south Wales. He makes a compelling case for embracing other cultures as if they were our own, sharing how he sees himself as: “A citizen of the world.” This idea of absorbing cultures and identities as part of a living, poetic journey really appeals to me.

Marvin explains, “We’re all human and should enjoy each other’s cultures. I love the idea of embracing – learning from, and then owning – the cultures I come into contact with.”

He explains that, having lived in London for the first 30 years of his life, he identifies as English. However, it’s a layered Englishness: one infused with Bangladeshi, Traveller and Irish; reflecting the polyglot cultures he was exposed to in north London. He gives voice to this in his poetry and sees The Fruit Of The Spirit Is Love (Galatians 5:22) as his benchmark. It’s the poem he won the National Prize with, and rightly so, as his powerful words allow these layers to shine through.

Marvin tells me about his English identity and how he sees its plurality as one of the reasons he is a proud black spokesperson. He shares that, despite living in Wales, he’s been cheering for England in the UEFA European Football Championships.

In an odd twist, our discussion takes place a few days before the Euro Final. So, the ‘horror’ we start talking about as being part of his writing, provides a haunting backdrop to the aftermath of the final match against Italy. The abuse levelled against the three young black players is a stark reminder of this; tentacles of a bloody legacy in today’s world.

Given the current relevance, I think a football analogy quote from his award-winning poem makes this point beautifully. Here, we see the mocking attitude of fans towards Jason Lee, pinpointing the racial injustices by referring to his hair as a pineapple on his head: …a pineapple on his head…’ sang the football fans and a comedian blacked up Jason Lee, mocking Rastas. Did Jason beg Jah…The poem finishes on a positive note: with the blood of the lamb verse signifying purification for people of colour on a very profound level.

Black Lives Matter issues, with some of the embedded colonial legacy, are also depicted poignantly in the twisting narrative of The Many Reincarnations Of Gerald Oswald Archibald Thompson. This poem kicks off Road Trip, Marvin’s first full-length publication. In a style reminiscent of TS Eliot and influenced by magical realism he credits Salman Rushdie with, he takes us on a journey of discovery that includes his father.

It references the myriad documentaries about British Empire they watched together and is his response to the skewed perspectives. His family’s story and his own truth becomes the backdrop to the history of black people and how he wants to see things today.

“Identity is a plurality – I am all the things that touch me: past, present and future. As a poet, I can exist in this state of flux.”

This is reflected in Marvin’s narrative poetic style. He pays homage to Caribbean storytelling tradition, albeit in traditional poetic form, and credits the focus of this heritage with his love for recording and the spoken word.

This is probably another great place to take a journey pit stop, as his poetry itself is a way of encompassing his hunger for myth and legend: for example, the legendary figure of Anansi, half-boy and half-trickster, who came to the Caribbean from West Africa.

We talk about how often things that are missing (in this case African mythology), tell more of what has shaped our human consciousness, than what is present. By slotting these missing pieces back in to our cultural experience, generally based on Greco-Roman traditions, it’s possible to reshape a wider narrative.

“In our family we have Santa, but we also have Anansi at Christmas.” I love this idea and ask Marvin to explain.

“Mythological figures from Africa can pass on important ideas to mankind. I wanted my children to feel this connection, so Anansi became part of our household at Christmas and his gift-giving generosity is appreciated!”

We’re back in fatherhood territory again. I want to ask about iambic pentameters, poetic form and the beauty of his work, but, buoyed by Marvin’s ability to bring what matters to life, realise we’ll get there in a different way.

He tells me his next project is The History Of Britain in 45 villanelles (a type of poetic form). Inspired by wanting to create identification for his daughter, 95 per cent of the protagonists featured are women of African heritage.

“I want to write poetry that is at the pinnacle of the art form, using traditional English line structure to encompass nontraditional subjects and narrative.”

This embraces where he is now, embedded in the great Welsh tradition of poetry and language. His assimilated ‘Welshness’ puts a stamp on his writing also. Marvin draws great strength from nature and has been described as an eco poet. To him, though, it’s simpler:

“I love trees and woods. There is a connection with fairy tales. Readers will naturally go there. It’s an important literary trick when writing narrative poetry, as it inspires an open mind. A mindset I want for my readers.”

Connection with nature gives him mental space to be creative, enhancing his writing. While we’re speaking, he tells me he can see the mountains stretching into the distance. I imagine embarking on a spiritual journey of my own: reaching deeply and widely enough to call out injustice and other things that need to be changed.

This takes us to the final stop of our journey. Activism, and the idea that his own comes in the form of poetry. With a nod to his Christian faith, Marvin believes in non-violent battle for the equality of rights for black people and adds that we all need more love; referencing it as a way of healing social injustice.

Faith, hope and love drive his own courage and perseverance and this, coupled with a passion for excellence and truth, give Marvin’s words the power to drive change.

So, we come full circle: back to Literature Wales. Moving Welsh language poetry and Welsh writing into a more inclusive literary world is part of the ‘Race Equality Action Plan’. Wales, with its long tradition of verse and song, is perfectly placed to make this happen. Marvin’s poetic description of Anansi in Welsh woodland is a great illustration of how this new paradigm might fit, and he speaks with the passion of a true educator about finding funding for his poetry to be translated into Welsh.

As our conversation draws to an end, I realise I’ve become invested in Marvin’s dream. I want his poetry to be translated into many languages, because I believe young people will be  touched by its core values. I do hope Marvin and I can meet in person one day. Maybe by then his poetry will be a part of the school curriculum, influencing a new generation, and we’ll be discussing the impact the truth in his poetry has had in catalysing the shape of a braver, kinder world. 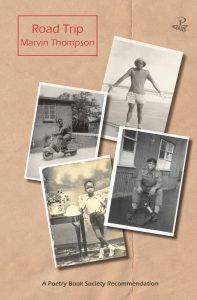 Marvin’s book, Road Trip, is published by Peepal Tree Press (peepaltreepress.com) and can be found on Amazon and other retailers.

I want to write poetry that is at the pinnacle of the art form, using traditional English line structure to encompass nontraditional subjects and narrative.