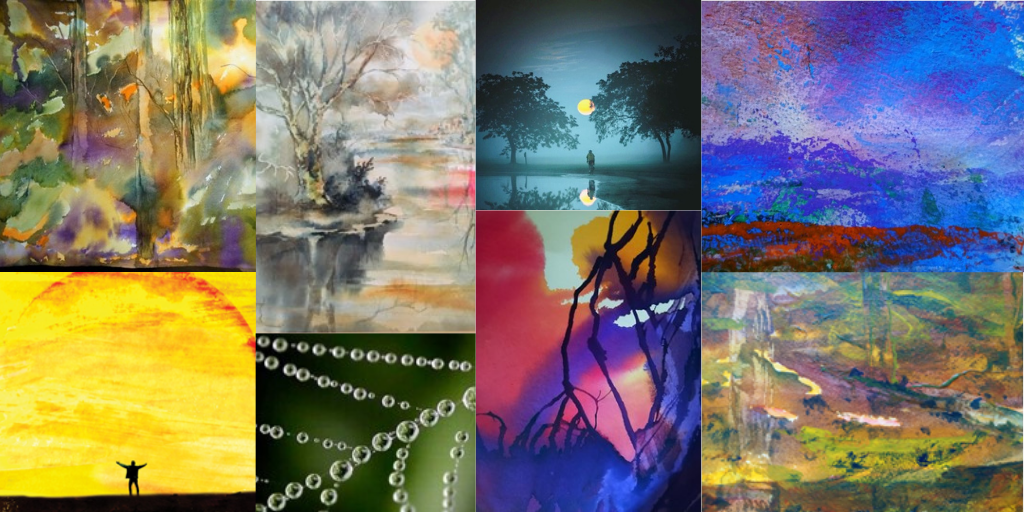 Our writer of the month is poet Julie Dexter. Julie trained as a dancer at a ballet school in Chester, studying many forms of dance as well as choreography.

“I think choreography and composing have a similarity, as you have to select carefully what you will leave out, rather than filling the page full of extraneous material. Clarity is important* and, for me, simplicity in complexity reigns supreme. In dance, this was about line and alignment; in writing, it is about the metre, sound and delivery: how the words read, and how they sound.”

Julie’s poems often don’t rhyme and are written in free verse, so rhythm is really what’s important to these poems, and perhaps to most poems. She has travelled extensively and has been involved in various productions in UK theatres and as far afield as Japan, home of the Haiku. While in Japan, she read Basho, a master of Haiku, and was inspired by his work.

Although many poets do not adhere to the traditional Haiku form of 17 syllables on three lines of five-seven-five, Julie has. Here, she gives us three traditional haikus with a focus on nature and seasons and an emphasis on imagery over exposition. 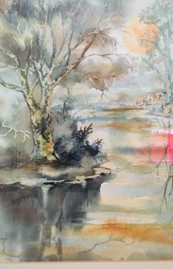 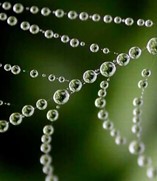 silently. Each droplet a tear. 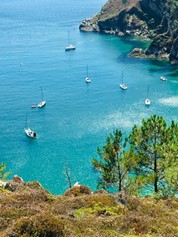 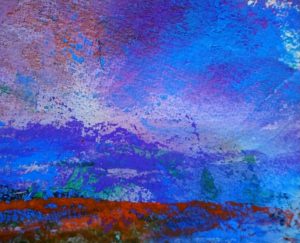 In the following poems, Julie captures the essence of each season with well-observed detail. In the first poem, Spring, we see nature come to life through vivid descriptions of creatures, plants and weather. 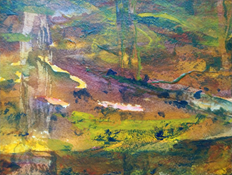 Spring has announced itself again.
Birds’ shrill song echoes all around
percussioned with whimpers and scurries,
and the pad of beasts’ paws prowling.

Fresh sap-green buds unfurl to reveal their beautiful rose-madder hearts.
Diurnal torch-ginger flowers emerge from earth-red cones as if by magic,
and the music of the gentle rain
gives a sweet-amber-honeyed scent to the air.

The forest is like a lung.
It lets air breathe through it tirelessly,
pumping life into all creatures,
above and below and
into the vast arcana of nature.

And the sun, peering dappled through the leaves,
traces its arc over the distant mountains.
Then, the sapphire sky, torn like a sail,
folds over the forest jewel
as the spring day closes like shears.

We are all familiar with the suddenness of a summer storm. However, in this poem, Julie captures details we might miss: The refuse gathering at lock gates and the abundance of food for birds.

The sky is washed with grey,
overcast by teasing clouds slowly releasing their droplets.
Then the full pelt of summer rain.

The earth, hammered torrential, dredges up its offerings:
fat, juicy worms,
which gulls,
turning in the height of the tempestuous sky,
swoop down, hungrily, to snatch with their beaks.

Rolls of thunder resound in my ears
as I track them disappearing
in the lightning sky.

Still with summer, we see the season’s end captured in one day: from sunrise over the Thames to the end of the long day at dusk. 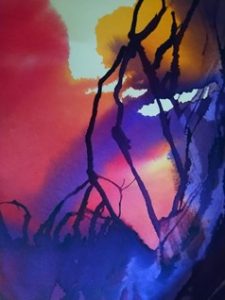 The sun has risen over the purple Thames,
launched on the bosom of the golden silhouetted city,
trailed long shadows over the warm earth.

It’s past nine o clock.
Bathed in an ochrous glow,
the children are still out playing.

From afar I watch as they catch or kick footballs,
calling to one another,
their youthful bodies moving
sinuously, languorously.

I turn to track the ball as it rolls towards me.
The sun is still warm on my back,
beads of sweat form on my brow.

I kick it back as hard as I can.
They give me the thumbs up.
My tongue is slow to answer, so
I smile and wave instead.

I’ve stood here for an age,
happily forgotten the time,
with the long days,
the warm sultry nights.
Nothing matters any more.

One focuses on the distinction between the oneness of the elements of nature: the water, the sky, and their sense of constancy, juxtaposed against the capriciousness of humans. 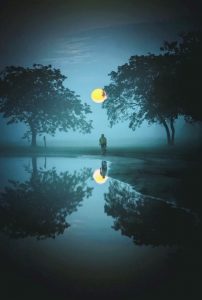 One moon shining;
One water gurgling in a thousand thousand streams.
One sun casting a million shadows;
One earth that we each inhabit.

Through the years of humankind,
our life spans last but for the burn of a child’s sparkler.
And the ghosts of souls long ago passed
swim around sitting rooms.

You run to your boot, for your saw,
carrying your chains and binds.
Wash your things clean;
hang up your towel, wrung fresh from the rain.
In spring, run to verdant grass below,
to find sweeter there?

One moon and one sun shines and secrets all of this.
One earth, one water
gurgling in a thousand thousand streams.

And now, in Autumn End Julie turns to autumn and captures the sadness of the season ending. 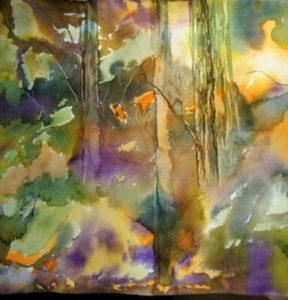 At the end of autumn, the sun
hesitates low over the wheat fields,
before vanishing downwards
behind the golden ash,
trailing rays of red copper and yellow bronze.
Autumn’s riot of colour dazzles
and umber leaves mulch softly underfoot,
instruments of sadness in the October rain.

In the last hours of the shorter day,
I walk
on into the half-light of the
cold, dead of winter.

Finally, winter holds joy and the promise of spring in Winter’s Light. 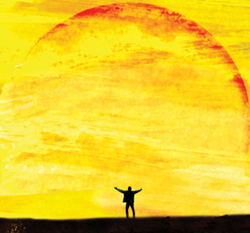 Onwards we go, on into the depths of winter,
the crisp clear air, biting sharp in your throat.
There’s joy to be found on children’s faces when the snow arrives, as they stoop to scoop large handfuls, gasping how cold it is even though they know.

Comfort can be found in the watery sun as it reaches its
lowest point in the sky, casting wide stripes of
pale lemon, grey, and rose pink,
offering promise as the sun hovers, momentarily mocking through bleak branches stripped of life.

Be stunned by the beauty of a single ray as it bounces bright white off the snow,
Just as the evergreen yew from dank darkness comes, so too does the promise of spring.
With the melodious sound of bird song
to waken us from the long dark days and night,
we must be patient, and wait.
Drink in the beauty of the natural world, and hope.
Springtime will arrive once more,
and together
we will step out into the light.

I hope you enjoyed these poems as much as I did.  Eithne Cullen is our next Writer Of The Month. Join us on February 22nd to enjoy her work!

You can connect with Julie on Twitter: @JulieADexter and also artists Beryl Touchard: Www.Beryltouchard.com and artist /illustrator: Simon Pemberton @pemberton_simon

Julie's poems often don't rhyme and are written in free verse, so rhythm is really what's important to these poems and perhaps to most poems.