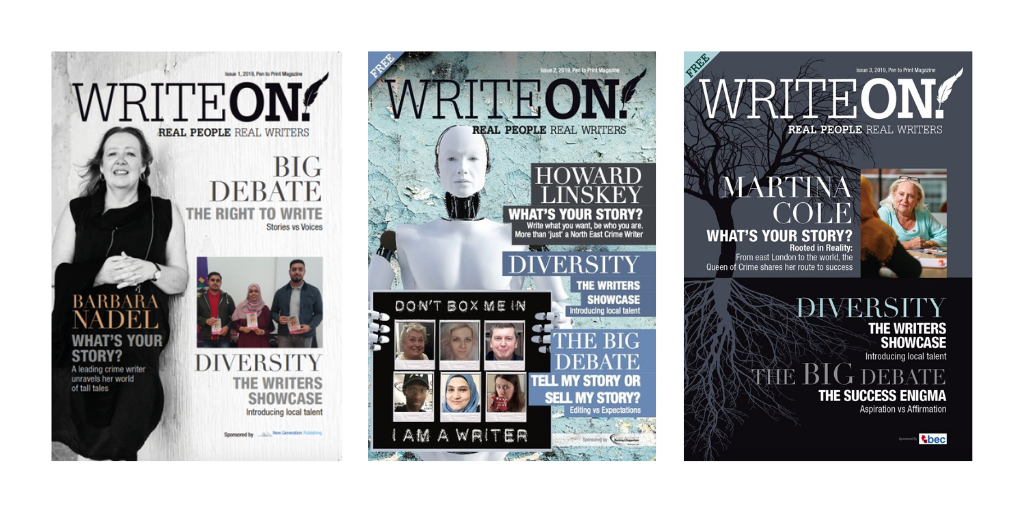 These days everyone is a writer. You might not think so, but if you use social media, email, or Whatsapp with conviction, you are able to say you write. However, in this digital free-for-all, something has also gone missing. Beyond the algorithms that feed us with whatever they think we want to hear, the traditional magazine and newspaper publishing industry is scrambling to define itself. This is worrying, as it means there are fewer trusted news sources available. At the same time, this chaos presents an opportunity if we writers can rise to the challenge of becoming publishers.

Once upon a time, few writers made it to publication. Trained as journalists or trying to make it as authors, writing commercially in any shape or form was very much the domain of the middle class. Newsprint was a vehicle that frame-worked what the market was and trained writers from certain backgrounds served this market with relevant content that would also incentivise advertisers. The purpose of a magazine or newspaper was to establish a distribution network which would make it easy for new and existing readers to engage. This would attract advertisers. The format of a decent cover price, sponsorship and advertising revenue was the basis of rapid growth in print media over the 20th century.

Enter the 21st century and the novice content creator. Increasingly, we write within a space provided by the digital giants such as Facebook and Twitter, allowing algorithms to box us into what they think we should be. Typical responses of engaging or ignoring are both driven by this invisible hand. If we want to be read and engaged with, this also dictates what we choose to write. Our work therefore often sits in echo chambers, our voices ringing hollow.

As an ex-journalist and educationalist, I spotted an opportunity in 2004 to take advantage of a burgeoning desire that was emerging through organisations such as Bebo and MySpace at the time. People wanted to be seen, to be heard in their own right, with their own voices. I created Oi! Magazine which allowed young people to do just this but through a traditional publishing format. The authenticity of their voices stood in direct contrast to the young people demonised by the popular press. This was a thirty-two-page magazine by and for young people, and distributed for free in Kent’s schools. Opportunities quickly expanded and articles were quoted widely—the Archbishop of Canterbury and Boris Johnson interviews being cited by the national press.

Fast forward a few years—and a few magazines—and this process of co-creation has held true. Being able to help people tell their own stories has never been more important, but this content still needs somewhere to be. A purpose and a platform that is democratised because it is dependent on a group of people who buy into the concept is significantly more trustworthy than something set up with a purely commercial agenda. For example, Nina was created with the World Bank to help shine a light on Iraqi women, connecting the diaspora to women in Iraq to share their experience, strength and hope. A wealth of contributors from many countries were magnetised around this idea and four years after funding finished it is still going, albeit digitally, and widely-read.

More recently, I have been involved in launching Write On! Magazine, following the same model. I started working with Pen to Print, a not for profit library organisation based in the United Kingdom. Established by the London Borough of Barking and Dagenham Libraries in 2014, Pen to Print became an Arts Council England National Portfolio Organisation in 2018 and is now lead by libraries in conjunction with an advisory panel that includes local people, founding members, and industry experts. Lauded by the Bookseller upon its launch in April, Write On! Magazine is growing extensively in reach and contributor base. The magazine and wider platform, including the website, welcomes submissions, and includes contributions from Thanet Writers staff. You can find out more about getting involved at pentoprint.org.

All of these came from ideas, and were realised by writers becoming publishers, myself included. You may well be sitting on an idea or opportunity that you could manifest in print or online. To help you decide your next steps, I’ve compiled a few things you might wish to consider.

It helps to write this out clearly, and have agreement from everyone involved in decision-making from the start that it will be adhered to. For example, this statement is at the heart of Write On! Magazine’s purpose:

“Write On! Magazine was created, in print and online, to link local writing communities to the publishing industry by showcasing the work of emerging writers, while propelling writers from working-class and minority backgrounds with something to say into publication. An authentic storytelling platform, Write On! inspires readers, writers and commercial entities to come together in new and innovative ways to build positive social change.”

You need to decide whether you have a target market. Initially, it might just be a small one. You could, for example, pull together some people who share the same interest around a particular local concern. An allotment association might wish to raise awareness for the opportunity of tending an allotment, while selling some of its produce and benefits of mindfulness and being outdoors. By working as a group, with you as the lynchpin, you are co-creating the platform and some of the content. It is also worth noting that by working with your market directly as content creators, you do not have a financial overhead as your supporters have a direct interest in volunteering to make this happen.

Once you have purpose and some of the content shaped, you need to reach out to a relevant distribution network. Oi! Magazine, aimed at teens, was distributed for free in schools. Nina, aimed at Iraqi women everywhere, was distributed through organisations wanting to promote women’s economic empowerment, and Write On! has its main distribution base in libraries. Again, if your purpose and content is strong enough, you will find many organisations willing to take it for free. You can even deliver door-to-door, or find regional stockpile hubs within local shops, which is what often happens with local papers. Alternatively, you might want to work with formal distributors, such as Marketforce, who can approach national retailers and supermarkets. It is worth noting that print costs a lot, but advertising revenues are potentially greater. In the end you need to weight up what works best for you.

Finally, you need to bring in some money. In order to drive these, you need to decide how many pages you will put towards advertising and sponsorship. Too many and you lose your content relevance, too few and you don’t have enough revenue coming in. The same goes for an online platform. Too many adverts distract from the main purpose. You must be able to clearly communicate to potential commercial partners what your distribution is likely to be, who your readership is and decide what monetary value this has. A sensible way of doing this is to create a media pack, and if you are not sure how they work then take a look at the Pen to Print Media Pack as an example.

Whether in print or online, we writers have an important task. Even if we aren’t in positions of power, it is still possible for us to focus on what we can actually do. In order to document, influence, and make history through our writing, it is possible to create the platforms and networks that will allow us to be heard authentically. If we contribute our knowledge, our networks, and our time, we may just catalyse the one occurrence that might have a direct impact on something that matters.

If you’d like to submit a piece of creative work or a writing article, please send it to pentoprint@lbbd.gov.uk

My debut novel, Mother of Floods is now available to request on netgalley for anyone who would like to review it.  Can’t wait to hear what you think!     http://bit.ly/NetGalley-motherofloods

An authentic storytelling platform, Write On! inspires readers, writers and commercial entities to come together in new and innovative ways to build positive social change.