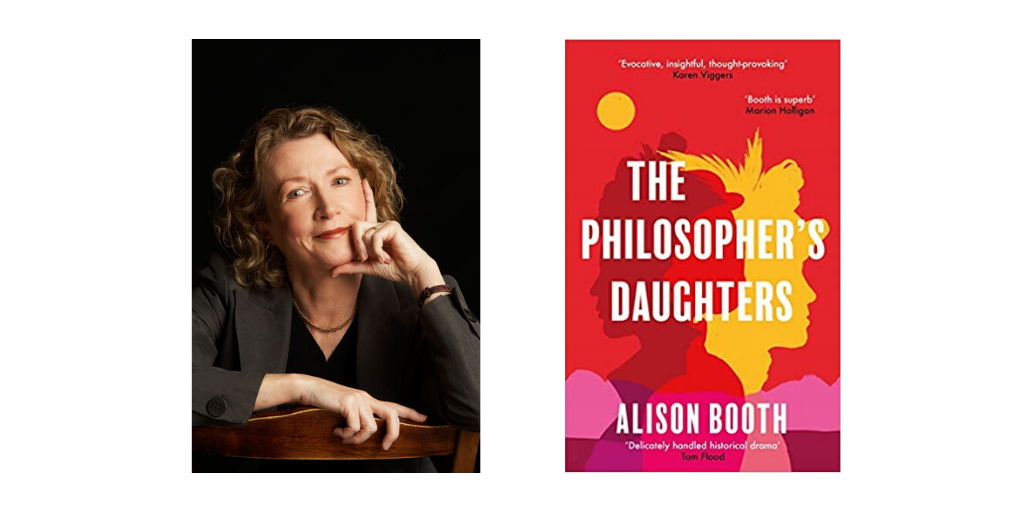 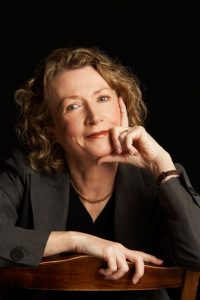 Alison has worked in the UK and in Australia as a professor and a novelist. Her most recent novel, The Philosopher’s Daughters, is set in the 1890s in London and Australia. Her previous novels include A Perfect Marriage, a work of contemporary fiction, while her first three novels (Stillwater Creek, The Indigo Sky and A Distant Land) are historical fiction spanning the decades 1950s through to the early 1970s. Alison’s work has been translated into French and has also been published by Reader’s Digest Select Editions in both Asia and Europe. Stillwater Creek was Highly Commended in the ACT Book of the Year Award in 2011 and A Perfect Marriage was Highly Commended in the 2019 ACT Writing and Publishing Awards.

AB: Evocative, insightful, thought-provoking, lyrical, delicately-handled. (Here I’m picking from words that others have used to describe the novel.) But in addition to these few words, I would describe my work as entertaining, combining careful plotting with a focus on character development.

WO: Can you tell us a bit about your latest book, The Philosopher’s Daughters?

AB: The Philosopher’s Daughters begins in 1890s London. It’s written from the perspective of two sisters, strong young women who were brought up by their widowed father, an eminent moral philosopher (the philosopher of the book’s title). I imagined him as a younger version of John Stuart Mill, who was a great advocate for the emancipation of women. The girls thus had a relatively modern upbringing. Then I altered the sisters’ circumstances so that they separately choose to journey into remote and wild Australia. What might happen to them?  How would they view the world and life at the frontier? And how would this affect their own personal development and happiness once they moved away from their father’s influence?

The second half of the novel mostly takes place in the Northern Territory of South Australia. Together with the top of Western Australia, this was one of the last areas of the continent to be appropriated by white colonisers.  At that time and in that part of Australia, the ‘frontier wars’ were still being fought, largely over the establishment of the cattle industry, although they weren’t recognised as frontier wars back then. I wanted to see how The Philosopher’s Daughters would cope with being thrust into this challenging environment.

AB: I began to write because I felt driven to, and I carry on writing for the same reason. I find it a challenge, but also a liberation.

WO: The current issue of Write On! explores the theme of Head In The Clouds – exploring inspiration and creativity along with the need to stay grounded. Can you tell us a bit about how you manage to combine the two in your writing?

AB: That’s a great theme! Inspiration and creativity are vital when developing the initial concept for a novel. But after that first burst of ideas, I find I need to stay with my feet firmly planted on the ground to work out the plot. To map out the main scenes, I use a scene log – basically, a table. When I have multiple perspectives, I put each in a separate column, as this helps me keep track of important scenes as I move down the columns, and helps make sure I’m getting the balance right. It also reminds me of where the story is going. Once I’ve done this scene log, I start writing. Here I follow my instincts and gut feelings. This is the fun part!

WO: Question from Twitter user: @farzanahakim – Do you read books from a different genre to how you write?

AB: I read history and I write in several different genres.  The Philosopher’s Daughters is literary historical fiction, while my previous novel – A Perfect Marriage – was contemporary domestic noir. My three earlier novels are a trilogy – The Jingera Trilogy – in the genre of historical fiction and what the publisher terms ‘quality commercial’, and were set in 1957, the early 1960s, and 1970.

AB: I’m working on two novels. Both are historical, although not in the purists’ definition of historical as being set more than fifty years ago. I’m at the re-draft stage for both projects, so would prefer to keep them under wraps until I work out what needs doing to each of them.

AB: Definitely a dog. One like the kelpie in Louis de Bernières’ novel, Red Dog. Such a loyal and courageous creature and, being a kelpie, it would require lots of walks that would be good for us both. My partner and I don’t have a dog now because we shift around a lot but that may well change in the future. I think COVID-19 is teaching humanity that we can no longer travel as much as we used to. 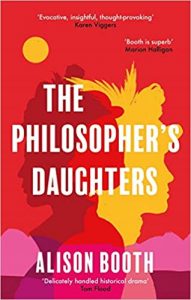 I began to write because I felt driven to, and I carry on writing for the same reason. I find it a challenge, but also a liberation.