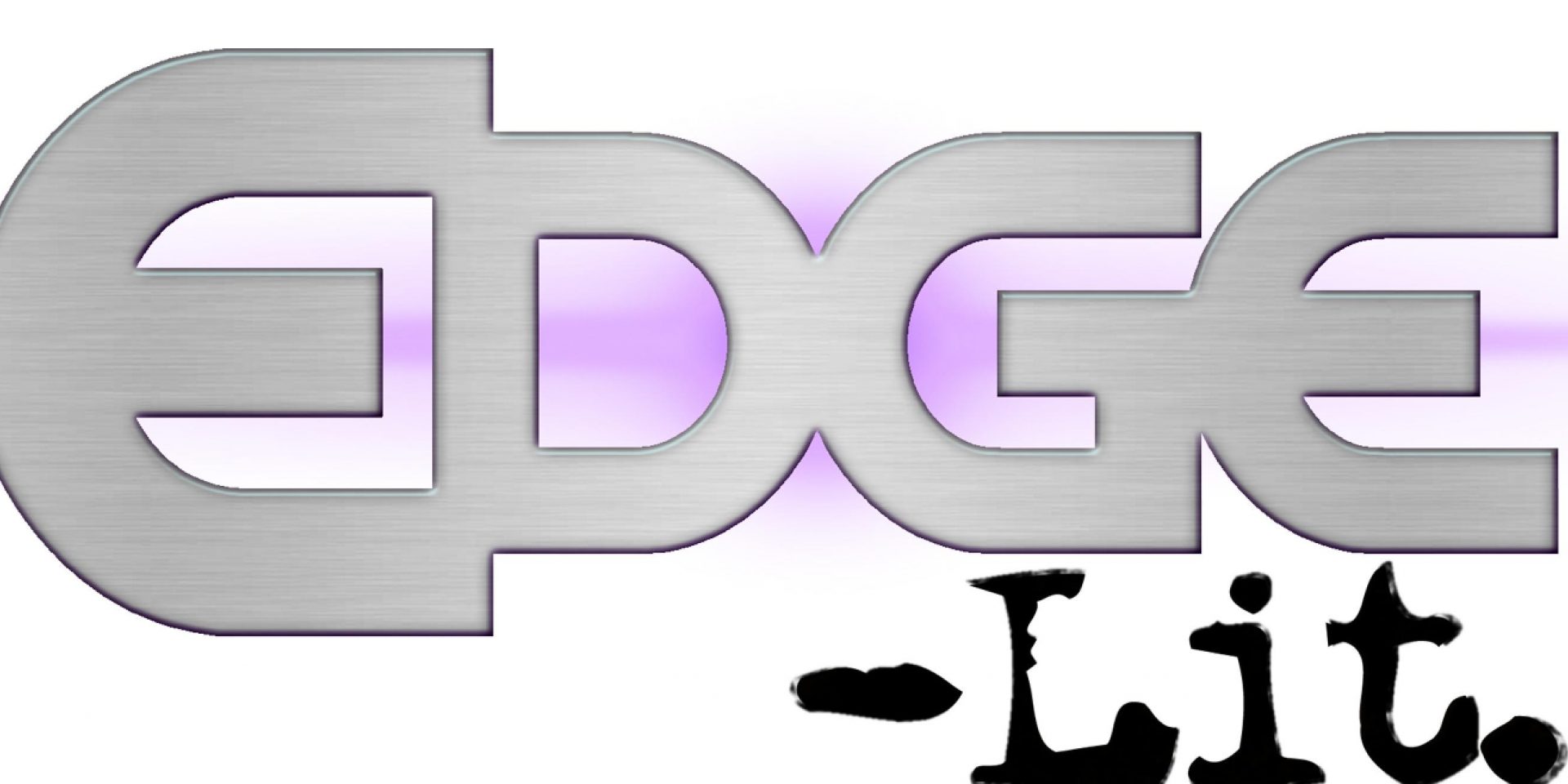 My first experience of EdgeLit

I had been persuaded by Pen to Print writing duo LM Towton (Lauren and Michelle) to go along to Derby Quad EdgeLit, and as the organiser Alex Davies had been kind enough to agree to put copies of our first issue of Write On! in the EdgeLit goodie bags, I felt the added obligation to go along.

Having not ‘knowingly’ being an avid fan of Sci-Fi Fantasy novels, I must admit I was approaching my first EdgeLit with trepidation.  I took along my long-suffering Hubby for moral support and I knew he would enjoy the experience, having always been a reader of Stephen King and Dean R Koontz, and having just recently discovered Ben Aaronovich, I thought it wouldn’t be too much of an ordeal for him!

The event was being held at The Derby Quad a cinema, theatre and arts complex in the centre of city.  As we enjoyed our Premier Inn breakfast, I noted a couple of writer types in the restaurant, and they looked pretty normal, so my fears we alleviated somewhat!  If I had realised who they were, then I probably would have gone over and had a chat! But I’ll return to that later!

We made the short trip from the hotel to Derby Quad and was made to feel so welcome by the organisers, we even had a little ‘crafty moment’ where we had to write out our own name tags!

Looking at the programme I was amazed at the number of top writers there and it was a struggle to choose what we were going to take part in, there was so many talks and workshops to choose from.

Initially, we chose to sit in on the main discussions and started off with Short Cuts: Does a background in Short Fiction Help you build a career as a Novelist? Discussing the value of short story writing, does this lead you into novel writing and there were some great tips. It is never a waste of time going to listen to authors talk about their tips on writing, there are so many ways to approach writing and you never know what will be the next tip that will resonate with your style.  My best tips from the session:

The second session Has the Magic Gone? As Fantasy gets darker, what role does magic have to play? Was fascinating too, as the speakers discussed whether the advent of Grimdark* has changed what we expect from a fantasy novel. Having never heard of Grimdark I was riveted.

After experiencing a couple of panel discussions we decided to take a bit of time out to have a stroll around Derby, it just happened to be having a arts festival This is Derby just outside the Quad, so we hit the bar for some much needed refreshments and then, whilst we enjoyed a fortifying G&T in the Café, we were entertained by a huge animated Tiger making is way past! We then went on to sample the delights of the myriad of EdgeLit stalls and bookseller stands to see if we could pick up something new to try out.

We had some really great discussions with delegates. We managed to meet up with Lauren, who I have never met in person before, with writing partner Michelle, and another Pen to Print Book Challenge alumni, Sue. It was fantastic to catch up and see how they are all doing.  Lauren and Michelle were thrilled to have been approached by Alex Reeve who had already had the chance to read their article in Write On! and had congratulated them. I managed to have a quick work with him too and passed him my Pen to Print business card!

I made several connections including the fascinating and slightly Bizarre, British Bizzaro Community, who are such a lovely group of people, I am now hoping to work with them in the future,  along with several other authors, editors and publishers.

Amongst the delegates were writing legends Christopher Golden and Tim Lebbon, they along with Stephen Volk were fascinating to listen to. Having shelved Stephen Volk’s books many times in my previous iteration as a library assistant, I must admit I got a bit star struck!  Tim and Stephen were the ‘author types’ at the next table to me at breakfast that morning! But I digress.  Between them they have been involved in writing for and creating novels for so many iconic film and TV shows, I went into Sci-Fi fan heaven! Stranger Things, Alien, Dare Devil, X-Men to name just a few!

We were also treated to the presentation of the Starburst Magazine Brave New Words Book Award, who presented the winner with their own version of an OSCAR!

The winner was Empire of the Sand by Tasha Suri

Although I think the highlight of the day, and I must admit it was most  hilarious too, was the spectacle of the EdgeLit Raffle draw at the end of the day, you have to remember that most of the writers had spent any time away for the stage in the bar socialising , so you can imagine!

Sara Pinborough and Tim Lebbon had the honour or ‘drawing’ tickets but by the end of the draw I think there was more tickets on the floor than in the hat, as they were scattered around the stage like confetti. It ended up with tickets being draw out of Sarah’s, hoodie! They had also decided that when announcing the titles of the books being given away, to substitute a key work in the title with an expletive, it got very raucous!

Michelle and Lauren had had to leave early so had entrusted us with their raffle tickets and I was really please to say they won a prize! It happened to be the biggest pile of books in the draw, so we looked forward to the challenge of getting them back to Barking in our already rammed suitcases!

I am defiantly going to come back to EdgeLit and you may be wondering about hubby? He had a blast and wants to come back again too.

I may just have to arrange for us to have our own Pen to Print stand and bring along some of our own Fantasy Sci-fi writers  to Edgelit, so they can enjoy the experience too!  Next year EdgeLit will be held over two days and I hope I get  a better chance to experience the joy of listening to so many more fascinating speakers and maybe, one day a Pen to Print writer will be amongst them! Watch out Derby EdgeLit, Pen to Print is on its way!

Lena Smith is the Library Project Manager for Pen to Print

For any queries regarding Edge-Lit, email Alex Davis at alexd@derbyquad.co.uk

*Grimdark fantasy is a subgenre of fantasy that revolves around stories that are thematically both grim (in terms of setting and worldbuilding) and dark (in terms of style and characterisation). There tends to be an emphasis on realism in the grimdark genre; even when set in a fantastical world. Life in these narratives is often cruel and unforgiving, the world is harsh and unfair, and plots rarely unfold without tragedy, bloodshed or disaster. (Source: https://www.theazrianportal.com/blog/what-is-grimdark 26.09.2019)

It is never a waste of time going to listen to authors talk about their tips on writing...