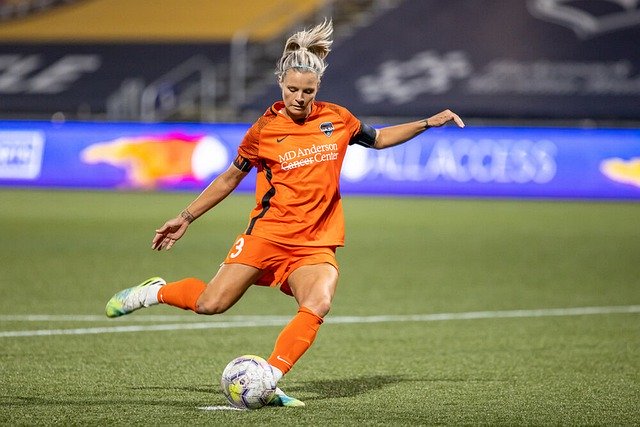 I’ve never been one for stereotypes, perhaps it’s because (as far as I know) I’m not one. Don’t get me wrong; people have tried to put me into pigeon holes and label me many times but there’s always the contradiction. I’ve been called a tomboy, the shy bookish girl, the sporty one, boffin and an imaginative creator over the years and each person built up very different impressions of me — or rather, how they believe I should be.

But where I’ve drawn the most — let’s say negative — comments in my life has been around sport and, in particular, football.

Sport is known for bringing people together, especially on the big stage such as the Olympics (London 2012 being the first time Saudi Arabia had female athletes in their team), and World Cups. However, it can also be rife with degrading comments and narrow views. Especially concerning gender, which, while it’s not all one-sided, is fair to say, more often than not, puts women on the receiving end.

Most recently, Fallon Sherrock became the first female darts player to win a match (beat a man) at the PDC world championship. It was a huge achievement and a historic moment for the sport. However, she was subsequently bombarded with abusive comments and hate online because she dared to play professional darts against men.

Remember the story about the female snooker player who was unable to compete because she wasn’t allowed in the men-only clubs? Or how about female golfers? Let’s not even talk about the prize money and salary differences! How much do the two England Captains, Harry Kane and Steph Houghton, earn?

I started playing football at a very young age. I joined the boys — at that age, they didn’t care I was a girl, just that I could kick a ball decently — during lunch-breaks in primary and secondary school for matches and would usually come back to class with grazed knees. When I started secondary school, girls weren’t allowed to learn football during PE. But, one of our teachers, an ex-footballer herself, started a team and managed to arrange matches for us. Then I took PE for GCSE and I was finally allowed to choose football as one of my subjects. There was only me and one 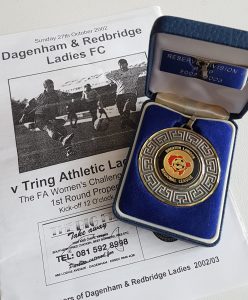 other girl among all the boys, and did we pay for it! The male teacher assessing us didn’t think we should be playing a man’s game and deliberately marked us down. It didn’t matter to him that we were both playing for actual teams at that point (me, Dagenham & Redbridge and her, Millwall), we were just the wrong gender

I played semi-pro football for ten years, starting at the age of 15. Back then, there was no Super League and the only professional team were Fulham, who later folded, unable to sustain their professional status with only a promise of a pro-league to come. Over the course of my playing career my teammates and I were insulted and ridiculed. “Girls can’t play football.” “It’s a man’s sport.” “It’s not proper football.” We were called butch, gay (or more vulgar terms for those who were actually gay), manly, un-female and other not-so-clever things. Just because we dared to play a sport we loved.

The thing is, women’s football in England is a lot older than most people believe. Although the 1990s saw its resurgence, women have played football for over a century in the UK. In fact, there is some evidence they played it much earlier and a ball belonging to Mary Queen of Scots is believed to be the oldest in existence. But it was in the First World War that women’s football really took off.

While the men’s professional league disbanded during wartime, amateur football continued and two leagues were established: the Combination League and the Munitions’ Workers League, from which women’s football took off. Female factory workers began to play for charity and it wasn’t long before the popularity for the sport surged. So much so, they began to draw more crowds than even the top men’s teams. A match between Dick, Kerr Ladies and St. Helen’s on Boxing Day 1920 had an attendance of 53,000 inside Goodison Park. In the same year Dick, Kerr played (and beat), a French team in the first international women’s association football game. Yet, as the war faded, the turning point of the women’s game hit.

On 5th December 1921, the FA banned women’s football at all its grounds and stripped all-female teams of their official recognition. Their reasoning? “…that the game of football is quite unsuitable for females and should not be encouraged.”

Although many teams still played on non-FA grounds, this ban would stay in place for 50 years, with the FA finally repealing it in 1971 after the formation of the Women’s Football Association (WFA) in 1969. Despite this, women’s football was left to struggle by itself and it wasn’t until 1993 (a year after the Premier League was established) that they received funding and were properly overseen by the FA.

Women’s football became one of the fastest-growing sports in England; yet, a professional league still wasn’t established until 2018 — three years after the Lionesses finished third in the World Cup. Just take a moment to imagine if the ban had never happened. What achievements and development were missed during that time? How big could the women’s game have become? That vast gap between us and other countries, such as Germany and the USA, would be minimal. Hell, maybe I would have actually earned a wage from playing?

But the fact remains that an entire sport was held back due to fear and stereotypes. The fear that women were more popular in a man’s game and that narrow views believed a certain activity was ‘unsuitable’  just because of gender.

As for me, despite suffering a bad knee injury in my 20s, I still play football; not for a women’s team, though. I play in a mixed team (as one of the only women) for the Natural History Museum. It’s almost as though I’ve come full circle and I’m back at school again, joining the boys for a match in our lunch-break with no one caring that I’m not the ‘right gender’.

Sport is known for bringing people together, especially on the big stage such as the Olympics (London 2012 being the first time Saudi Arabia had female athletes in their team), and World Cups. However, it can also be rife with degrading comments and narrow views.