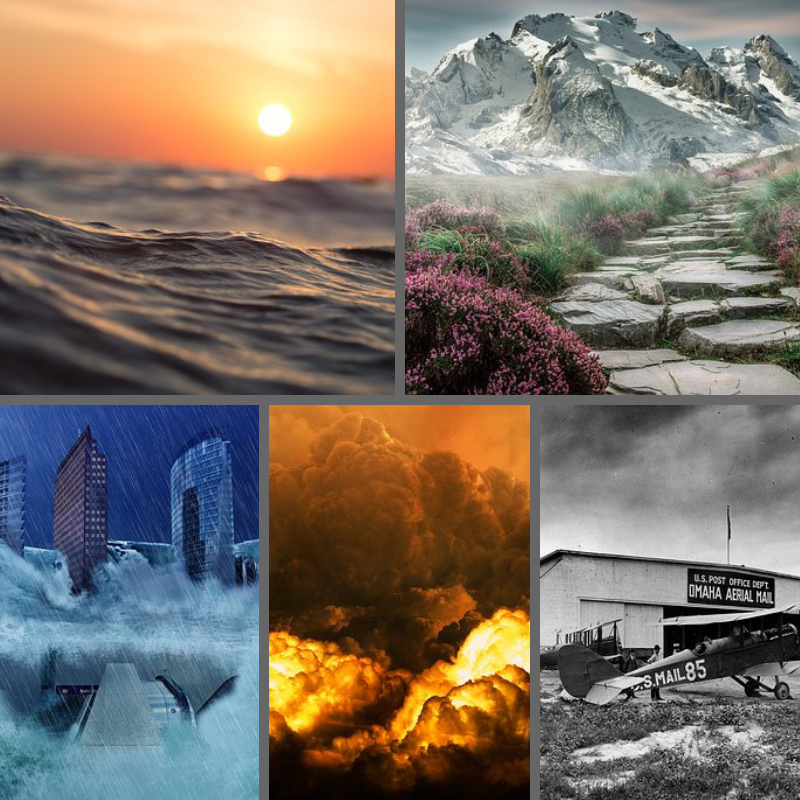 By Dan Bloom – the American Literary Activist you never heard of…

I’m sure most of you reading this have never heard of the term ‘Cli-Fi’ before. That’s exactly why I am writing this.

First of all, I need to tell you that it’s an abbreviation for climate fiction: that is to say, novels and movies with climate change themes. Some are dystopian, while others are optimistic, utopian stories. Secondly, the term was coined ten years ago as both buzzword and wake-up call; a new literary genre.

My father was a doctor and my mother was a nurse who brought up five children in the 1940s and 50s. I was the middle child, and my mind roamed wherever I wanted it to go, even back when I was 13, 16. So yes, I’m the dreamer who grew up watching Sci-Fi movies and TV shows and then, later on in college in the late 1960s, gravitated towards literary fiction and novels and movies from France and Sweden and England.

I coined the Cli-Fi genre term in 2011 as a way to help repair the world.  The short five-letter buzzword is now catching on and regularly pops up in book reviews, newspaper headlines and academic papers around the world. I’m living overseas in Taiwan now, promoting the Cli-Fi term on the internet 24/7 from my tiny home office in a small town in the southern part of this Western Pacific island nation.

In my wayward life, I’ve lived in a variety of places off the beaten track: an island off the coast of Greece, a frozen village on the outskirts of Nome Alaska, and in the middle of the Blade Runner crowded city of Tokyo.

So, Cli-Fi? What’s that all about? Let me explain: It’s a post-sci-fi genre term for novels and movies that deal with the reality of global warming. My teachers were Isaac Asimov and Jesse Ausubel. They spoke about climate change and global warming on YouTube videos in the 1980 and I listened. The theme was not Sci-Fi, but yes, Cli-Fi.

If you Google the Cli-Fi term today, you will see it’s taken on a life of its own, independent of the team that created it in 2011 and there’s no stopping it!

The 2016–2017 Radcliffe Institute fellow Stephanie LeMenager does a wonderful job of explaining the broad and burgeoning genre of climate fiction and how artists, filmmakers and authors alike are using it to tell the story of climate change:

I myself recorded an important message – a virtual future Graduation Speech in 2009 that will change your view of Climate Change:

You can connect with Dan at his website: cli-fi.net

If you’re interested in reading some Cli-Fi for yourself, Fix Solutions Lab has put together the definitive climate fiction reading list: grist.org/fix/definitive-climate-fiction-reading-list-cli-fi-books/

What is Cli-Fi? It's a post-sci-fi genre term for novels and movies that deal with the reality of global warming.