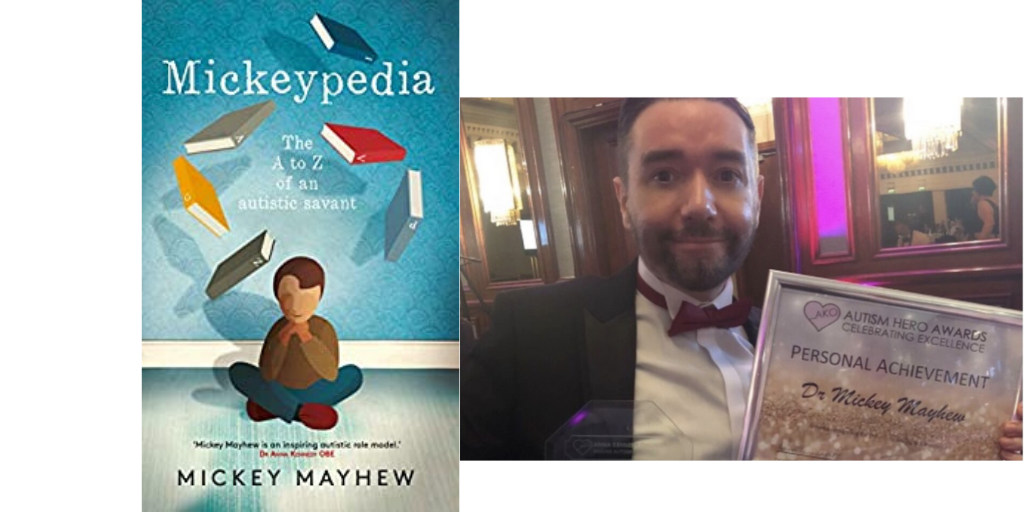 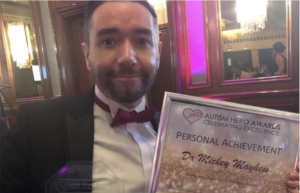 Previously to this, he was a co-author on three books relating to Jack The Ripper, while fictional work includes the urban fantasy trilogy The Barrow Boys Of Barking, beginning with Jack And The Lad and concluding, for now, with Jamie’s Big Bang. His tongue-in-cheek memoir Mickeypedia is also now available, with all proceeds going to the ‘Anna Kennedy Online’ autism charity.

MM: Quirky and chatty, fond of the newcomer; for my factual books, they’re in-depth but accessible.

WO: Can you tell us a bit about your latest book, Mickeypedia – The A To Z Of An Autistic Savant?

MM: This is an autobiographical work, concerned with the experience of growing up with autism in the 1980s and passing through a particularly merciless school system when you have an invisible disability; plus, I’ve had a pretty odd life and thought it would look good upon the page. And it does!

MM: I honestly can’t say; it’s so deeply ingrained that it must be genetic. Likewise, as to what inspires me to write now, well, I just have so many ideas…

WO: The current issue of Write On! explores the theme ‘Writing With Wonder’ – creating stories to fuel the imagination. With that in mind, how do you weave wonder into your writing?

MM: I live with my characters as though they were real: I make sure I know what time they get up, their work hours, etc, then, at any given moment, I can think of them and know exactly what they would be doing – that’s wonderful!

MM: The oldest cliches are best: simply, never give up.

WO: Question from Twitter user: @lisalovesbooksx – How do you select the names of your characters?

MM: Usually they’re taken from historical characters I admire, or else from people I know.

MM: I have a four-book deal from Pen & Sword Books, the first of which concerns the Tudors; that one is due out in February 2022.

MM: K9 from Doctor Who – my favourite programme, by a mile! 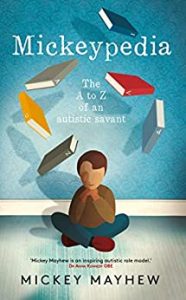 You can find out more about Mickey Mayhew here: mickeymayhew.com  and connect with them on Twitter: @Mickey_Mayhew. Mickeypedia – The A To Z Of An Autistic Savant is available to buy from Amazon and on the ‘Anna Kennedy Online’ website; all proceeds go to the aforementioned charity.

The oldest cliches are best: simply, never give up.