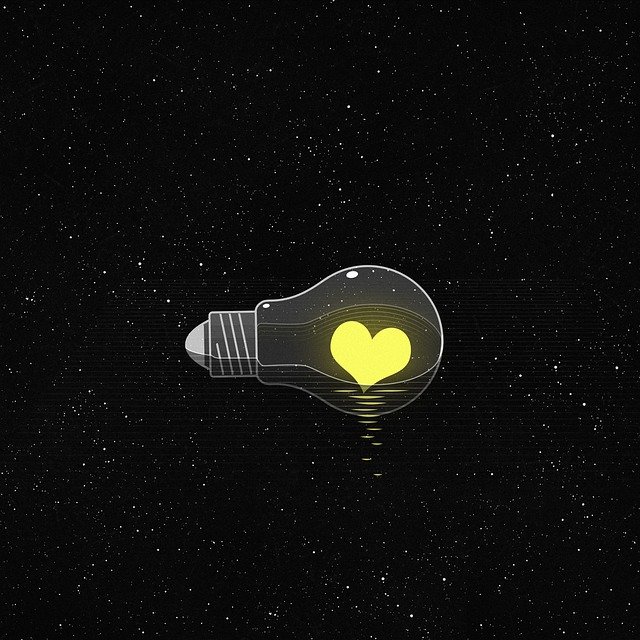 I’ve spent most of the last 12 months not writing. There, I’ve said it.

As Editor of Write On! and storyteller consultant for other clients I have, of course, written: things like press releases, emails and translations. But, other than some poetry and an audio drama script, I have done very little creative writing.

Instead, over lockdowns one, two and three I’ve been consuming: too much social media, too much food, too many opinions, but fear most of all. In these unprecedented times, I’ve revelled in my victimhood.  It’s familiar territory. This means that, at the moment, I’m very far from the absorbed, ideas-sparking me who in November 2019 had broken the 60,000-word halfway point of Sisters Of Storms, my second novel.

I can’t even put my lack of mental energy down to ‘just’ these unprecedented times. The last year has seen me spearhead the successful Write On! Extra, a digital offering which has reached people in over 150 countries and has helped bring the ideals of Write On! and publisher Pen to Print into even sharper relief. I’ve also explored new writing: my script for The Ark, for example.  Based on my debut novel, Mother Of Floods, it was commissioned by the Alternative Stories And Fake Realities podcast and broadcast last October. Both have required drive and creativity. So why can’t I apply this to my second novel?

Part of it, I think, is down to my launch experience with Mother Of Floods. Launched in April 2020, the heart of the first lockdown, it was published through Crowsnest: a US/ Canadian small press. The vital in-person events (both in terms of marketing to shops and readers) didn’t happen. So, this launch, which I thought would be a huge confidence boost, actually had the opposite effect.

It hasn’t been all bad, of course. I’ve tried my best to refocus over the last 12 months, doubling down on what really matters to me and my gratitude for the life I have. But, when you’re trying to get through every day as best you can, working to deliver a huge creative undertaking at some point in the future doesn’t seem tangible enough. It hasn’t helped that my editor has come back to me with something I knew already: that there is a fundamental flaw in Sisters Of Storms, namely Part One! The months of work aren’t entirely wasted, but most of it is too weighed down by my attempted plot integration with Mother Of Floods to fly on its own. The first ten thousand words of Part Two did excite him, so that’s something, at least!

I’m sitting here, knowing I need to draw on the courage to change the things I can and put aside the things I have no control over. As I have done over the last year, I could focus on things offering a more immediate return: more consultancy projects, my social media presence, audiobooks, food. But the sense of failure I feel around my creative writing is infectious. So, instead of battling with my creativity, I’ve been consuming: cramming the place my creativity comes from with things money and time give me access to. In short, I’ve been disengaging. It’s a vicious circle, of course; the more I remove myself from the pain and stress of the creative process by consuming, the less I am able to create. This equation interested me, so I thought I would explore the process and maybe trick myself back into engaging with Sisters Of Storms again.

So, why am I so susceptible to wanting to consume stuff, in the first place? Well, it’s not all my fault. The personal data driving the 24/7 algorithms does an excellent job of reaching into my life. As for all of us, ‘Big Brother’ data is used to target me with subliminal and overt messaging. Billions have been spent to ensure every search, click and preference is registered somewhere, driving me towards buying this or doing that, and, of course, I need money to do so. Presented as organic choices, engaging with ‘stuff’ is offered as the answer to my existential woes. We’re all subject to this brave new world; but why is it particularly damaging to those of us trying to engage with the creative process (in my case my novel), and why does this matter?

We are currently faced with unprecedented challenges: the pandemic, our climate, even political pressures. None of these are answered easily. Now, more than ever, all of us are called upon to be creators in one way or another.  Therefore, the relationship between 21st century consumerism and its impact on human creativity does have wider significance. For example, as a writer, me and others like me, are supposed to be the vehicles by which culture is recorded. Yet, when I’m consuming, I feel like a facsimile of myself, unable to reach past ‘the stuff’ that allows me to connect with my deeper self, the writer.

In order to get your attention, I’ll start with a very well-documented form of over-consumption, said to be particularly prevalent in writers. Six giants of American literature—F. Scott Fitzgerald, Tennessee Williams, Raymond Carver, Ernest Hemingway, John Berryman, and John Cheever—were all addicted to alcohol. There are, of course, many other wordsmiths who have publicly shared tales of over-consumption of a variety of substances. In my case it was food, which is why I reached 21 stone by the age of 30. These days, I’m glad to say, I weigh around half that.

My theory is that, in order to write, you need to feel. Then, in order to truly be able to translate those feelings into words, you, yourself, need to be able to do so more deeply than most. I can tell you from personal experience that we don’t always want to feel everything! Many, though, see this depth of feeling as a ticket into the nature of the muse, or ‘genius’ as Elizabeth Gilbert calls it in Big Magic.

The fact that we have no definite timescales doesn’t help, either; especially if we’re working at other jobs to fund our writing. We never know when the muse will show up, which means we must be ready—always ready—to receive and act when it comes, while keeping our heads down and writing, even if it doesn’t turn up. Emily Dickinson, one of the most important poets of the 19th Century, shared that ideas would hit her like a train, so she always had a notebook handy to capture them before they fled. It’s this combination of being constantly on-call to inspiration, linked to our ever-hungry digital world, which also requires our constant attention, that is dangerous. The digital world, offering an endless stream of stuff to engage with, stands in direct opposition to the focus and strength of mind we need to create ‘a room of one’s own’ to write in. In essence, we have no creative downtime and therein lies the problem. It’s a tall order to be responsible for the creation of new worlds, when the only thing fuelling them is our own energy, split into innumerable compartments!

It would be much easier if consumption and creation were compatible. But, to my mind, they’re not. Contemporary consumerism demands a coinage that is quite removed from the creative one and comes without an off-switch. To fully participate in this world, we need to be able to fund the lifestyle we’re expected to engage in. We are therefore pushed to make money and focus on financial security, curtailing the scope of our words and ideas. In short, this constant stream of information, and the call to engage, dulls our creative energy.

The currency of creativity is quite different. Our imagination feeds on a number of things that bear no relation to making money. It’s as though two worlds are colliding, with us writers performing a mad juggling act with objects akin to a feather and a shotput! At best, they overlap in a mad, Dali-esque counterpoint but, at worst, this peculiar performance can stop us creating altogether.

One of these places of collision is the way we work. A strong, consistent work ethic is necessary for writers. However, this can easily slip across into the consumption process if we work to excess to help us avoid or change the way we feel.  Crashing due to exhaustion will ultimately stop us writing.

Another peculiar overlap between consumption and creation is around how we see success. If we base our creative coinage on traditional measures, such as the numbers of readers engaged or the money we make from writing, it’s difficult to maintain the sense of self-worth necessary to keep ourselves going.

This brings us to the dilemma we writers face. In a quick-fix world of immediate gratification and superficial measures, the very things that make us good writers are not recognised as being of value. This means we have to create and maintain that sense of self-worth ourselves, having faith that the magic moment – when the value of our creativity turns into real monetary value—will happen, while remaining aware that it may very well never do so.

The rules of creativity are ephemeral. Set against this, the rules of consumption are easy. We pay money, or give time or information, in order to consume. Consuming more than we need makes us feel better, so there is a tendency to do it time and again. It’s a vicious circle, which makes it very difficult to create a place that extends beyond ourselves: a safe space that fosters our creative courage, while allowing us to welcome our readers in. In my case, this safe space is all about balance and the creation of personal boundaries: exercising, reading (but not obsessively), spending time with my family, and mindfulness most of all. In these times of pandemic, maintaining this balance is even more important.

As we move past the point of no return, from a pre- to post-pandemic existence, we need to be able to visualise a different future: a new way of life that works better than the one we had before. Having the courage and space to create will, therefore, be more important than ever. However, the digital world, along with the persona we have created to navigate it, won’t just go away. We need to harness it creatively. This means building on lessons learned, including the challenges of the last 12 months. Defining a new creative coinage means taking advantage of the kind of collaborative opportunities Pen to Print, and similar organisations, offer. Supportive communities make us hungry for each other’s creative energy, rather than just ‘stuff’, giving us the strength to create what is needed, rather than what we’re told we need.

Madeleine was born in Germany, with roots in Canada and the UK. A magazine publisher and editor, she has produced national and international web and print magazines, creating a voice for those without one, such as the successful Nina-Iraq, a project she worked on with the World Bank to reach out to Iraqi women everywhere. Since 2019, she has been founder/editor of Write On! magazine and Write on Extra e-zine, published by Pen to Print, an Arts Council NPO organisation.

Mother Of Floods  is available online and in bookshops in the UK, US and Canada and through Amazon and other online retailers. Sisters Of Storms, a companion novel, is due for release in 2023.

My theory is that, in order to write, you need to feel. Then, in order to truly be able to translate those feelings into words, you, yourself, need to be able to do so more deeply than most.