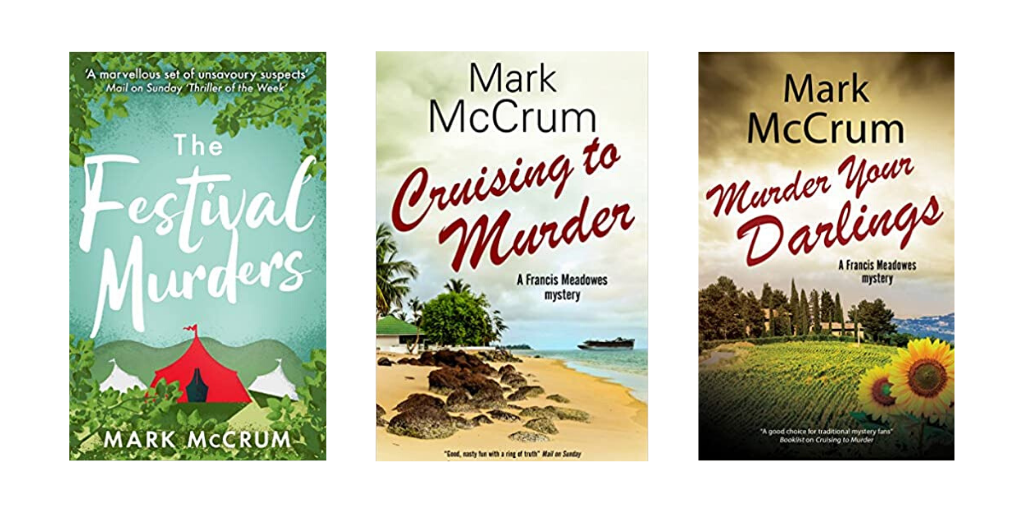 In the words of bestselling author Robert Harris when describing the role of ghost-writers: “We are the unseen operatives who keep publishing going, like the unseen workers beneath Disneyworld.” Mark McCrum is one of the bestselling authors in the UK with six top ten bestsellers. His latest book, Murder Your Darlings, a whodunnit set at a creative writing retreat in Italy, is available in bookshops and on Amazon. Mark achieved his bestseller status by being the silent voice behind some of the best-known celebrities in the UK. Did you actually think Robbie Williams wrote his own autobiography? And what about Victoria Beckham or Sharon Osbourne? In fact, the truth of the matter is that virtually none of these people actually do the work, preferring to delegate to either a paid scribe or sharing a small percentage of the royalties. But how does one become such a figure? Is it by choice, by luck, or because there were no other options? What are the mechanics, pitfalls and cost of being the ghost, and is it worth it professionally and personally?

So, Mark, let’s start with an easy question: “What’s it like seeing someone else taking the credit for all your hard work?” Or, to put it another way: “How does your ego deal with being a ghost?” 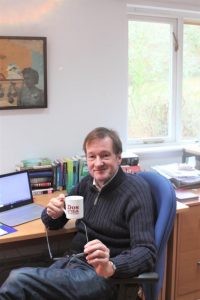 If you want to ghostwrite, I think your ego has to take a back seat. My last agent put this to me very succinctly, when he told me, ‘The clue’s in the name, Mark. You’re invisible.” So, don’t take on this kind of work if you’re hoping for any kind of personal recognition. The named client, whom we ghosts call ‘the subject’, will necessarily take all the credit, do all the promotion, and may even start to believe they have actually written the book. Your rewards are elsewhere. Often you are working with very interesting and/or successful people and getting close to them. Their stories can be fascinating, especially if you are as curious as I am. If you write their book well, there’s also perhaps the feeling of a job well done. If it’s a top-ten bestseller, you’ll still get a buzz, even though people outside the business are unlikely to know you wrote it.

But why did you become a ghost? You already had a successful track record as an author of travel books.

This is true – and I enjoyed writing my travel books, both doing the journeys and writing them up afterwards. But the books took quite a long time to do, and although they sold fine, the whole enterprise didn’t really add up to a living wage. It was my then agent who talked me into ghostwriting, with the immortal words, “How would you like to make some more money, Mark?”

So, how does the process start?

With me, it has usually been set up by an agent, who arranges a meeting between the ghost and the subject. If it’s a very glamorous subject, you may find yourself on what is known as a ‘beauty parade’, where the celebrity in question meets several ghosts before picking the one they like. I have also got work through my website, and sometimes by personal recommendation. So it starts with a one-to-one meeting, and then, if and when you both agree to do it, there is a joint contract with the publisher, and usually a collaboration agreement between the two of you as well. Then you need to find a quiet place to do the interviews, during which the subject tells you their story.

How much of it is just a job, and how much is personal chemistry an important part of a successful book?

As a professional, you should aim to be able to get on with your subject, whatever they’re like in person. If they’re difficult, it’s more your problem than theirs. They can always get another ghost. But it’s a great help if you do like them and find interviewing them enjoyable. Usually, they are keen to tell their story, so it all works fine. Problems only arise if you have a subject who isn’t that interested in doing the book, who has perhaps been talked into it by management or a publisher.

What happens when author and subject disagree in the tone or direction the book is taking?

This can be problematic. In general, experience has taught me not to show my subjects what I’ve done until near the end of the process. Ultimately, the publisher is the judge and the one you have to please. However, I did do one project with a subject who didn’t like the way I’d written his story, and the book never appeared. It was a shame because the publisher loved my material. I have never seen this story since, so I guess it didn’t work out for him either. This is where your contract and collaboration agreement kicks in. You need to make sure you are going to get paid for your work, even if the subject isn’t happy.

But do they always co-operate? You mentioned earlier they can be talked into it by their management. What happens when they don’t want to commit, or put constraints on what they are prepared to discuss?

Most clients have things they are wary of talking about, and often, needless to say, these are the most interesting areas. Part of your job as a ghost is to try and persuade them to open up, though sometimes they can be stubborn. As for overall co-operation, most clients are keen to get on and tell their story. Indeed, sometimes the problem can be shutting them up, or reining them back on areas that are not of that much interest to anyone except themselves. But yes, you do get the odd client who isn’t really that bothered. The managers of my most famous client, Robbie Williams, sent me on tour with him around Europe to give us enough time to talk, but even then, it was an uphill struggle. We got there in the end, though!

Surely, they can’t or don’t remember all the detail that appears in the book. Is it really fact, or a fiction invented by you to tell or sell a story?

You’d be surprised by how much people can remember of their own stories, but no, you’re right, your job as a ghost is to turn the basic narrative they give you into something much more: colourful readable prose, with scenes and dialogue and all the other elements of a good book. To do this, you will need to ask them a lot of questions about the detail. Sometimes you can do this in the first interview. Quite often, you do it later, with subsidiary interviews or email questions.

How were you paid? Or to be really rude, was it worth it financially?

It was when I did it! I used to get around £40,000 a book, and this was ten years ago. My best-paid job was the Robbie Williams tour book I mentioned, Somebody Someday, for which I got £200,000. So you can see why I persisted with him. The book stayed at number one for several weeks, and I got a further £100,000 in royalties a year later. All that represented a quarter of the total fee; he got the other three-quarters. But that was a one-off, and you certainly don’t get money like that these days.

Is that still the case, and is it a viable option for an aspiring author in today’s marketplace?

I have stopped ghost-writing now, so I’m not sure exactly what the rates are, but I’m told they are much lower than they were. There are also lots of flat fees, which I hate, as not having a royalty takes away a fun incentive to make the book as good as it can be. But the publishers rule the roost, and if they think they can get away with low fees for ghosts, they will. My only concern would be that they don’t get a decent writer and take someone second-rate who’ll do it for less. Ultimately, that’s a false economy.

You’ve moved on from ghost-writing. Was that for professional or personal reasons?

Both. I wanted to try fiction, which I have now done, with a crime series with Canongate/Severn House, featuring mixed-race detective Francis Meadowes. I stopped ghosting when the money dropped down to a level which didn’t really make it worth my while any more. The actual crux was when I was asked to ghost a novel for one of my clients and halfway through, arguing with her about characters, I thought, why don’t I just write this under my own name?  That book never appeared, but I’m happy to see my name on the cover of what I’m doing now.  I’ve come to believe that recognition is important for a writer’s soul.

How do you see the situation for new writers starting out in the industry?

I think it’s tough right now. As I said, fees are low, and publishers are always looking for a bargain. On the other hand, I don’t think the flow of celebrities and action people who can’t or won’t write is likely to dry up any time soon. My advice would be to take anything for your first project, learn the ropes, and then try and up your price.

Finally, what was the best writing tip you ever received, or would like to pass on?

I suppose the old quote attributed to Chekhov still stands the test of time: “Don’t tell me the moon is shining, show me the glint of light on broken glass.” Good ghostwriting requires the same techniques and skills as good fiction writing. You have to take a basic story, structure it and flesh it out to make it believable and dramatic on the page. 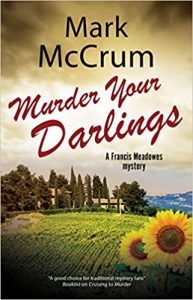 You can find out more about Mark via his website www.markmccrum.com. Twitter @McCrumMark and Instagram @mark.mccrum. The third in the Francis Meadowes crime series, Murder Your Darlings, set at a creative writing retreat in Italy, is published in hardback by Severn House at £21.99.

You can find out more about Richard on his blog https://lighthouseindesert.wordpress.com/  and Twitter @RichardF_author His latest book Rose and Thorne – Lifeblood is available via Amazon.

Good ghostwriting requires the same techniques and skills as good fiction writing. You have to take a basic story, structure it and flesh it out to make it believable and dramatic on the page.