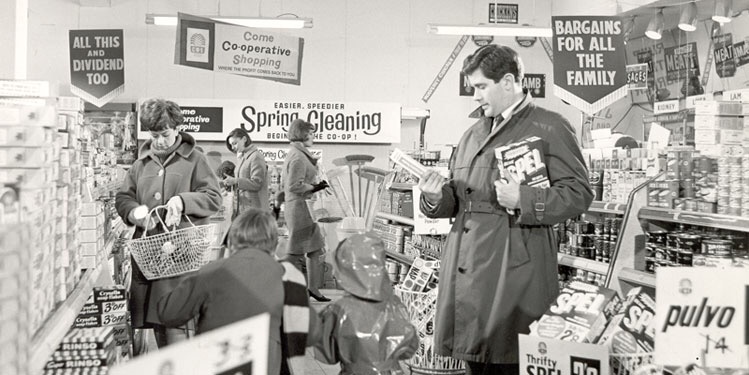 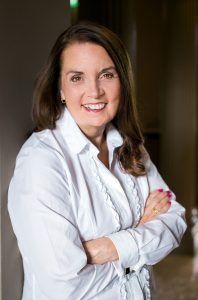 Born a decade after WW2 ended, I’m a baby boomer and as such I was part of the last generation who remember the close-knit East Enders families that lived cheek by jowl in the cobbled streets clustered around the London Docks.

At that time, life had a rhythm of work and play that had gone on for generations. Men worked and women looked after the home. Men’s social life was in pubs and women’s on their doorsteps and in bingo halls. Men put the housekeeping money on the table each week and expected a dinner placed in front of them each night when they got home.

Now this didn’t just mean a leisurely hour or two in a supermarket putting ready meals into a trolley, knowing what microwave setting it needed or how to order food on an app.

To this end for me Saturday, rather than being a day off from school, was a day of trailing after my mother while she bought the family’s food for the week.

My mother took the old Victorian chant of ‘Cleanliness being next to Godliness’ to heart, so first thing on a Saturday morning, I’d help her strip the beds. Then, with them secured in a laundry bag, I’d walk ten minutes from our second-floor maisonette in Redmans Road to the laundry in Adelaide Grove. The bell above the door would summon the assistant from the sweaty task of loading the mechanised washing machines with grubby household linen, then feeding it through the massive rollers to iron it. The place smelt of soap and bleach and to this day just a whiff of starch takes me right back there.

Having given in this week’s dirty sheets and pillowcases and had last week’s returned neatly parcelled in striped grey and white paper tied with string, I trudged home again. After helping my mother remake the beds, we started out, canvas shopping bags in hand, on our next task. The weekly shop.

Our first call was the butchers, where we would wait in line until it was our turn to be served. Ours was between a pub called the Three Cranes and a draper’s store.

We queued along in front of the window which displayed all the various meats on offer that week. Meats that you never see today, such as shiny-fleshed, skinned rabbit, fluted, textured, bleached tripe (sheep’s stomach in case you didn’t know), quivering mauve liver, pigs heart and trotters with the mud still visible and, often hooked up in a neat row above the display, half a dozen pigs heads.

Inside, the shop smelled of metal and wood. Metal from the blood and wood from the sawdust on the floor. As I recall, butchers were always jolly and blood-splattered, wielding a meat cleaver as expertly as any surgeon. They had a good eye, too, as their party trick would be to slap your meat on a sheet of paper, then throw it six feet or so onto their scales. The upright marker would swing back and forth furiously for a moment, until it settled on a weight.

We were lucky we had a fridge, so took all of the Fullerton meat away with us but, for housewives who didn’t, and there were still a great number in the early 1960s, the butcher would write your name on your purchase and keep it in his fridge. Having tucked the coming week’s meat safely in our bags, we would continue along towards the Waste.

Now I’m sure many of you know, but the Waste is the open market that runs along the north side of Whitechapel Road from Valance Road to Cambridge Heath Road. For centuries, Whitechapel Road was the main route into London from Essex, so the market originated when carters, before taking their produce into the city, would sell their surplus to the locals.

It’s still there and, although sari fabrics have replaced Carnaby Street knock-offs and stalls sell avocados instead of turnips, its spirit lives on. There are shops too: like outstretched arms on either side of Whitechapel Underground Station. I remember milliners, a record store, Lipman’s the grocers, where my Aunt Martha traded her husband’s luncheon vouchers for supplies each week, Lyons tearooms, several dress shops and a record store where youths in drainpipe trousers and girls with sugar-starched petticoats, puffing out their brightly coloured skirts, clustered.

Now, if the butchers were the dare-devil showmen of the Saturday morning shopping expedition, the stallholders were the cheeky chappies. Many dressed in outlandish waistcoats or hats. Each had their own cry and patter and they often exchanged good-natured banter with each other. Fruit and veg, trimmed, polished and artistically arranged, filled their stalls between the flowers on either side, adding a splash to the grey pavements beneath.

They juggled potatoes, bicep-bounced apples and whipped away the greenery around cauliflowers with a razor-sharp knife while their eagle eyes darted back and forth looking for customers. But you had to watch them, or you’d end up with yesterday’s stock from the back of the display, or have an extra weight added to the scales.

Fruit was deposited in a brown paper bag and whirled closed at each corner but veg was shovelled straight into your shopping bag. Potatoes and parsnips first, then your greens and lastly tomatoes and lettuce.

Unlike today, when you can buy fresh strawberries at Christmas, everything was seasonal. The root vegetables of winter gave way to lettuce and tomatoes some time around Easter, while, during a couple of weeks in June, you had cherries. Although plums and strawberries cropped in late April and May, they were gone by the time the school summer holidays started in July. Apples and oranges were plentiful all year round, but tangerines were a special treat for Christmas and a staple in ‘50s and ‘60s stockings hung up at the end of the bed.

There were other traders too. Dress stalls selling seconds from local garment factories. Stalls selling underwear, stockings, dress fabric and haberdashery, cooked meat and the Jewish delicacy of salt beef. Bread stalls with bagels and sweet-tasting cholla bread as well as crusty rolls and tin loaves.

Costermongers selling household goods, pots and pans, baking trays, casserole dishes, knives and chopping bowls along with full dinner sets. They would stack the twenty-plus china set on a tray, then throw it in the air to show the quality of their goods.

A stooge, we all knew they were, at the back, shouted they’d take it and then others would follow.

By midday, and with shopping bags weighing us down, we’d be done but, before we made our way home, we had one more stop. The pie and mash shop.

Now I’ll be honest. Although I can’t remember its name, I know the one we always went into was on our route home, so it must have been located in one of the many passageways that ran off the Southside of Mile End Road.

I do, however, remember its cream, brown and sage Victorian tiles decorating the walls, which in winter would drip with condensation. Rough, wooden benches ran down either side of the polished marble-topped tables.  A curled yellow fly-paper dotted with tiny black prey, hung down from florescent strip lighting overhead.

We would often find a seat alongside other weary shoppers and, leaving me to save our place, my mother would go and order our dinner. It was dinner then, not lunch.

There wasn’t a great choice on the menu: it was just a bowl of stewed eels or a steak pie served with mashed potatoes, complete with traditional black lumps, scraped on the side before being smothered with opaque liquor. The pale gravy your dinner swam in was, in fact, parsley sauce, but made from the water used to boil the eels, which gave it a unique flavour and green tinge. The true nectar of the Gods.

Go back to Monday Memoirs: We Need You by clicking here.

The men worked and women looked after the home. Men’s social life was in the pub and women’s on the street corners and bingo halls. Men came home each week and put the housekeeping money on the table and expected a dinner placed in front of them each night when they got home.