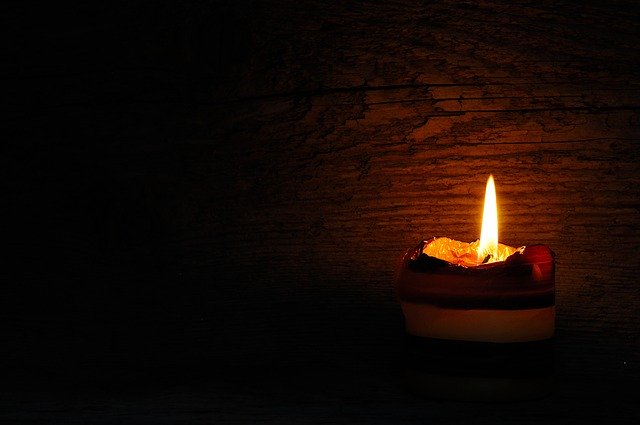 The Blackouts That Echo Today by Amanda King 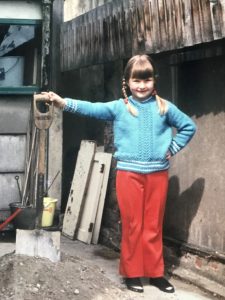 I grew up in the 1970s, a decade of strikes, three-day weeks, blackouts and piles of rotting rubbish on the streets. There was so much more, of course, the long hot summer of ’76 which seemingly went on forever, decimalisation, Space Hoppers, microwave ovens and digital watches. It saw a multitude of music genres asserting themselves on the ever-changing pop scene, the death of Elvis, the break-up of the Beatles and the birth of Punk Rock.

My abiding memories are always of the power cuts, the excitement tinged with fear of never knowing when, or if it would happen. I remember my dad’s factory joining the political chaos, like so many others and going on strike. Although my parents talked openly in front of me about their money worries (children today are much more sheltered from adult concerns), as a child I cared for little else but dolls and drawing and Friday afternoon pocket money trips to the sweet shops with my now present father. A far cry from today’s whispered Facetime conversations with our son and daughter-in-law about mortgage holidays and loan repayment breaks, so our grandchildren are spared.

I wonder which is better. I had little expectation as a child in those times, I knew money was tight and food short. I knew my dad was on strike, which meant he wasn’t bringing home any money and I knew not to ask as the answer would be no. However, I was happy and carefree.

I remember cold dinners by candlelight, as my mum would never know if she had enough time to cook something hot before the electricity cut out. Too many spoilt Sunday roasts had taught her the hard way. We would then huddle by the paraffin heater to keep warm. The coal man had long since stopped his delivery, as the miners were the first to strike. My mum also tried to make bread once as the bakers, too, were on strike. As the shapeless lump of undercooked dough surfaced from the oven, my dad shot me a look that even as a young child I somehow understood. We all marvelled at her culinary skills, whilst the bread sat like a stone in my belly. Mum never made it again. Creeping upstairs holding my long white candle, I would tuck myself into a cold bed, the candle casting eerie shadows on my bedroom wall, before Dad came up to say goodnight and blow it out. That smell seemed to linger until the morning. I found out years later that, even when there wasn’t a power cut, my parents would tell me there was as they were trying to spend as little money as possible. Fuel shortages saw long queues at the petrol stations and panic buying (by men this time). Heated exchanges took place as there was no limit and again greed reared its ugly head. Car tanks would be filled to the brim until the petrol station was drained dry and closed, leaving a large snake of disappointed and frustrated vehicles and drivers.

The current panic buying has brought back these memories to me. I remember queuing regularly with both my mum and nan for toilet paper, candles, flour and table salt, of all things. As today, the greediest purchasers were left months later with drums of salt that had gone rock hard and had to be thrown away – the fashion for rock salt coming decades later. Comparisons are many; when the electricity went off in the 70s, so did the TV and we reverted to board games and conversations, as we are doing now. Recipe books were consulted on how to make your food go further and news would spread fast if the corner shop had a delivery of sugar or flour. Money was worried over and future plans altered.

We regularly popped round to elderly neighbours and relatives to see how they were getting on. I loved these visits, as it would usually result in a glass of orange squash and a biscuit for me, whilst my mum raged about the state of the country. Our weekly visits to my nan became daily, a display of love in difficult times. How strange that we now show love by distancing ourselves. Weekly visits for tea and lunch at my elderly parents are no more, replaced by daily phone conversations and a drive-by hello, waving from the pavement as they stand at their front door. I wait patiently, listening to their concerns before they retreat back inside. Only then do I put their shopping on the door step, making them promise not to open their door and collect it until I am back in the protection of my car, reminding them to wash their hands. We did the same for our grandson’s 6th birthday, singing to him from the safety of the pavement; no glass of orange squash and biscuit for him.

I find myself speaking daily to family, friends and colleagues during this imposed lockdown, far more frequently than usual. I’ve joined a quiz team via Zoom and try to work out with the Body Coach online, things that didn’t exist three weeks ago but people have come together to create as we adapt to this new situation. I’m approaching the virtual meeting I have scheduled for next week with the same feelings of excitement and fear I had as a child. As a mother of ‘millennial’ children, I frequently feared technology would ruin them, harming their wellbeing and mental health. How could social media in all its terrifying forms ever be a good thing? It’s now my lifeline, along with theirs. I regularly scan my local group on Facebook, to find answers to shared questions my local community has on supermarket queues and stocked shelves, the elderly and vulnerable, and how I can do my bit. I chat to girlfriends on Houseparty when we would have been enjoying lunch. I worry constantly about my adult children, needing them with me, knowing they can’t be.

I openly cried in my front garden at 8pm on Thursday when every single neighbour came out to clap their appreciation for the NHS and felt a belonging that was absent before. I had never needed to feel human contact as much as I did then; thankfully my husband provided that. I fear for those who have none. That community spirit, camaraderie, solidarity, is as much alive now as it was back in the 70s and beyond. I don’t think history repeats itself, although I do think it rhymes and echoes, and it’s probably time we all started to listen more carefully.

Go back to Monday Memoirs: We Need You by clicking here.

The current panic buying has brought back these memories to me; I remember queuing regularly with both my mum and nan for toilet paper, candles, flour and table salt of all things.