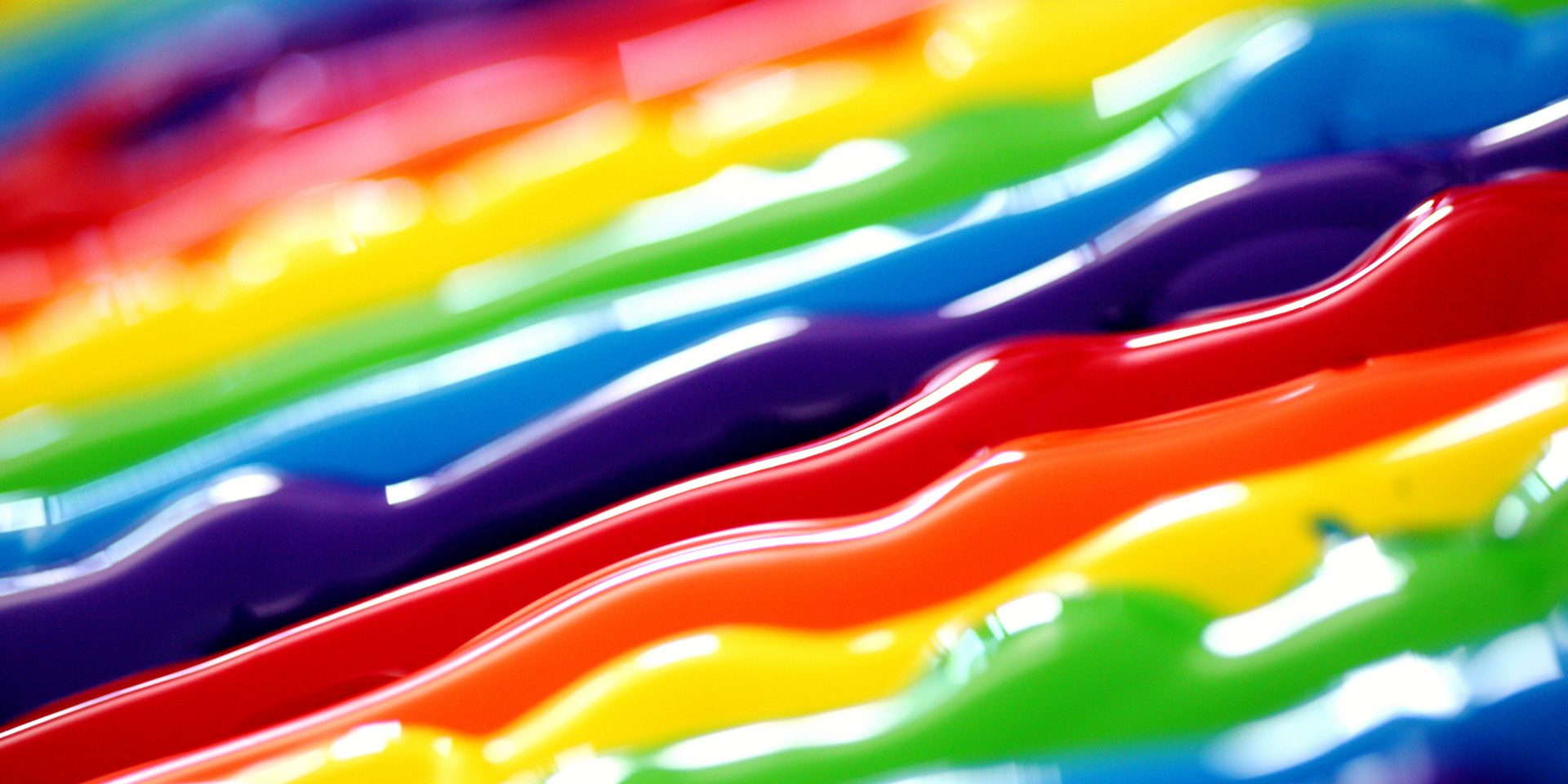 This week, we’re ‘Looking Between The Lines’ and refocusing on how we view history. One thing I learnt in my History GCSE class was that every historical source is biased; it is always told from a certain point of view, always emphasising some statistics or elements of an event, while omitting or minimising others. So, of course, two historical sources about the same event, but told from opposite sides of, say, a World War, would produce two entirely different narratives.

In previous ‘Monday Moments’, we’ve seen that we all view the world differently; our experiences are unique to us. But this isn’t merely a case of viewing with different eyes; there have been choices made in our schools, our history books, our news reports, to tell a ‘factual’ story with a particular slant.

What comes to mind for me is how William Shakespeare is taught to every English schoolchild throughout their GCSEs and A-Levels. Now, I’m not discrediting the genius that was Shakespeare, or ignoring the fact that he was a literary pioneer and someone whose work millions of people enjoy and re-enact on stage to this day, almost 400 years after his death. However, when I began my A-level English Literature course, I was given a play of Aphra Behn’s to read. She was born a couple of decades after Shakespeare died and was one of the first English women to earn her living by her writing. After reading The Rover it seemed similar to a Shakespeare play (don’t descend upon me in rage, Bardolators, I am by no means an expert on either playwright), and I enjoyed it as much. So why had I never heard of her? Why had I been taught Romeo And Juliet twice, and Macbeth, and Much Ado About Nothing and Othello during four years of school, but not something by another playwright?

This is but the tip of the question that essentially asks: What deems one piece of literature worthy of the literary canon title, and therefore read by students across countries, and not another? Everyone is biased. The internet and social media now provide more voices with the opportunity to be heard, posing significant questions about establishments, politics, social norms and the rules we follow (legal, moral, social scientific).

As author and Pen to Print alumni, Juneha Chowdhury says: “Written words have power. We all know that. But sometimes we fail to realise their true impact. We read a headline, the article names a source, however arbitrary and we half-believe it. After all, it’s in print, so it’s due some credit. And by the time we find out it’s not true, it’s often too late. The seed has already been planted; the words already imprinted on some corner of our brain. We’ve processed the information and given it oxygen it probably didn’t deserve. Some might call it a brainwash, some a different perspective but, whatever it is, it isn’t the whole truth.”

Demonstrating Juneha’s thoughts beautifully in her feature, Iesha Denize Ledeatte explores what our theme means in the context of Black History Month:

“Language and meaning are the keys to our contemporary situation. When words like ‘history’ refer to everything that has happened in the world’s past, we will no longer need to use the word ‘black’ as a prefix, because it will be clear we’re talking about the whole world and not just significant dominating aspects and narratives.

We need to ask ourselves how we define or redefine what is considered ‘British history’. We need to ask ourselves how we separate ‘British history’ from ‘history’. Enslavement is not ‘black history’ since it occurred as the core of building the British Empire in the Americas, where the lands were owned and controlled by Europeans as extensions of individual Europe nations. Surely, then, that history is ‘European history’ and should be absorbed within each national narrative? ‘Black history’ could then focus on pre-colonial Africa, in terms of world civilisation, and could also consider (as a collective) those acts of rebellion by the people who have become a diaspora.

If we as a society consider that history is important enough to be taught in schools to future generations, then why is so much of what is termed ‘black history’ removed? Do we really believe we have nothing to learn from hundreds of years of African history, and the many different combinations of black communities and peoples geographically outside the continent? Why are we afraid to include what is called ‘black history’ in our educational processes and create parallels in a continuum of contribution to civilisation? This is not an exceptional way to present human endeavour and continued human contributions. Instead, it simply makes reference to the manner in which ‘European history’ has been recorded and transmitted. It is this transmission which contributes to a foundation that facilitates associations to consideration and acceptance of human beings.

The most obvious question is ‘Why do we have black history month?’ to which the most obvious answer is ‘Black history has been omitted from our education of world history’. The more interesting question to me is ‘Why has it been omitted?’ There are now so many facts about inventions by black inventors, and substantial information regarding achievements reflecting every aspect of life. Figures in history who continued to push boundaries are emerging every year.

History needs a redefinition. These references to black achievement are historical, which means they happened in the past and this information is not new. So where was it? Why was it important for this information to be submerged? What purpose did that process serve and who did it benefit? If a part of history’s objective is to record human achievement, then we must consider how much knowledge humanity has lost as a consequence of suppressing these aspects, purely based on an artificial construct of race.

As a consequence of the British Empire, English is one of the most widely spoken languages in the world. It’s one of the legacies of that Empire that has remained. However, much of the meaning associated with that language contains implicit bias (as would be the case with any situation of dominance), and one of the most important steps is to acknowledge this as a fact, so we have an opportunity to repair the damage caused.

The challenge of transmuting the past of history into future potential, remains one of the toughest. It’s necessary, though, for everybody, because as at some stage, we can make a commitment to repair it. We cannot repair what we cannot communally accept as broken; no doctor ever attempts to treat a patient without some assessment of that patient’s medical history. World history is no different. It’s the ailing patient in the doctor’s surgery in desperate need of healing. As societies, if we accept the concept of one world, our task must include ways of anticipating and accentuating the frustrations of the next generation into something tangible. We do this by understanding and accepting the implications of the uncertainty of our current pandemic context on every aspect of life.

It’s necessary to go even further beyond that chaos, and to graft onto it the reality of the issues of institutional racism, unearthed from beneath the deep, twisted roots of ‘British history’ that are wrapped around every aspect of society. It’s important to then examine how findings manifest in practical reality. Cross-generational conversations need to happen. Allowing honest discussions that reflect generational differences in perspective across all ethnicities, is one of the most important ways forward. Artists are the starting points for facilitating these conversations, so let the artists speak.”

Here at Pen to Print our vision is to create a safe, collaborative environment that attracts and supports a network of diverse writers and genres. By learning to develop their authentic voices, aspiring writers are encouraged to reach communities with their stories, reflecting their own journeys, as well as inspiring potential in others.

Continuing the celebration of Black History Month, here is a video of Miranda Kaufman talking about her fascinating book about the little-known history of Black people in Britain: The Black Tudors back at ReadFest 2019:

Throughout the rest of October, Pen to Print has free online events celebrating the richness of our culture, made better by its diversity. See some of the best writing talent in Barking and Dagenham below, bringing you a free slice of what diverse writers can offer.

Pen to Print Presents: A Tale Of Two Islands Bound By Water with Iesha Denize Ledeatte

When: Tuesday 20 October, 6.30pm to 8pm
Where: Online go to pentoprint.org/events to book your free place.

Artist and Poet Iesha Ledeatte will be showcasing her family history through art.

When: 22 October, 6pm to 8pm
Where: Online go to pentoprint.org/events to book your free place

Author Sharna Jackson teaches you everything you ever wanted to know about making a murder mystery – but were afraid to ask!

When: 29 October, 6pm to 7.30pm
Where: Online go to pentoprint.org/events to book your free place.

That’s it for your Monday Moment, but don’t go yet, because next week it’s our ‘Behind The Veil’ theme and I’d like some of your spooky stories, your devilish drawings and perhaps even a vampiric video showcasing your terrifying talents! Send all submissions to: pentoprint@lbbd.gov.uk

Issue 5 of Write On! magazine is available to read online, just click here!

In previous 'Monday Moments', we’ve seen that we all view the world differently; our experiences are unique to us. But this isn’t merely a case of viewing with different eyes; there have been choices made in our schools, our history books, our news reports, to tell a ‘factual’ story with a particular slant.