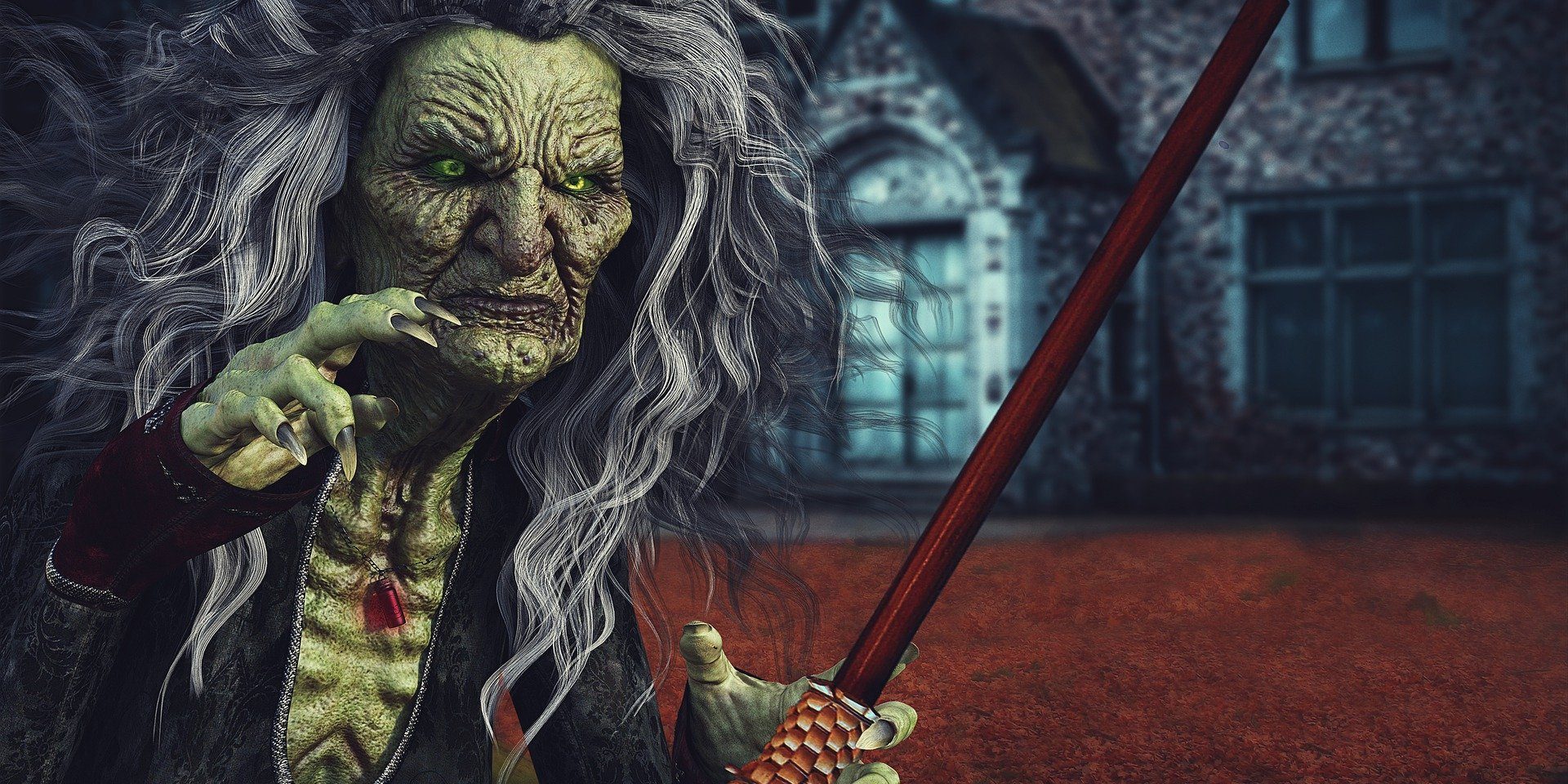 If you’re a woman, you might have been called ‘a bit of a witch’ by someone, or been told to be wary of that woman over there, because ‘she’s a witch’. It’s a pejorative term, and witches across time, cultures and books, are the archetype of an ugly, spiteful and wicked woman.

All things Halloween are typically seen as a bit nasty, gruesome, evil or just downright scary – such is the modern take on the celebration of All Hallows Eve. The premise in the UK and the West is that kids (and now adults) dress up in their spookiest outfits to go out into the world and act as that magical, nefarious character. Tricks and treats are dispensed liberally; all in good fun, of course.

However, there is always another side of the coin, to how we view someone or a situation. For every reason to run away from a ghost, there is a reason to confront it. The witch is both wicked and yet powerful, in that she knows what she wants and uses her knowledge and skills to achieve her goals – an admirable quality. Witches are also closely tied to nature, to aiding heroes in their journey. Witches are independent creatures who are revered (or feared), they have immense creativity and want to change the world. But a witch can also become corrupt, can be quick to anger and is always on the fringe of society.

There is duplicity in all of us. We all experience paradoxical thoughts and feelings and have a habit of banishing the witches, ghouls, ghosts and monsters in ourselves. However, these are powerful characters, and if we approach them carefully and with good intentions, then perhaps we can don the costume for All Hallows Eve and find the fun in scary, wicked creatures.

This month, Monday Moments is looking at the other face of evil. First up is a feature from Syd Moore, author of Strange Magic. She tells us how she became bewitched, and how the story transformed:

The Beginnings Of  Strange Magic

About ten years ago, I was conducting research into the Matthew Hopkins witch hysteria of 1645 – 1647, when I came across a rather 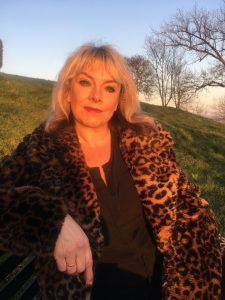 odd photograph of human remains. The caption beneath it read Skeleton of Witch found at St Osyth.

The photograph was clearly an old one in which, despite the blurred black and white print, you could make out a skeleton in an open grave. The arms were pinned down tightly beside the ribcage and pelvis, the palms pressed to the tops of the femur where the thighs would have once been. The knees had been brought unnaturally close together. The whole layout looked peculiar, discordant. But it was the skull that really arrested the gaze. The lower jaw had become disconnected from the upper and, to my mind, it looked like the skull was set into a silent scream that had gone unheard for centuries.

After reading about the state that the bones were found in, I became even more disturbed: iron bolts had been driven into the elbows and knees, pinning it to the ground. There was something grotesque about the vandalism of these remains that had once been a living, breathing person.  The metal was clearly a desecration of the body and, to me, stripped it utterly of dignity, dehumanising it in the process. The skeleton was, I learned, allegedly that of an Essex woman accused of witchcraft. Her name was Ursula Kemp and she was put to death in 1582 and, though the photograph was intriguingly dated 1921, I was reluctant to be diverted from my 17th-century studies.

But the image was to haunt me.  I just could not rid myself of Ursula’s silent scream and so, eventually, in 2013, I gave in to the pull and began listening to her. Over the next months and years, I let her guide me on. First, to the tiny village in North East Essex, St Osyth, where I discovered she had been the local healer and midwife; then on to the village prison, The Cage, where Ursula was confined. Pursued in a zealous fever by the Lord of the Manor, Brian Darcy, Ursula was baited and then easily entrapped. As with many witch hunts, the witchfinder had his own agenda but nevertheless, I was rather shocked to discover that Kemp, unusually for the time, confessed to using magic. In fact, she described in some detail a spell to Darcy. It comprised an outlandish and bizarre potion/ritual which, also unusually for the time, happened to work.  Soon, I became consumed by the story and determined to get to the bottom of what happened to this woman, exploring the reasons why she ended up in the sorry state depicted in the photograph of 1921. What I didn’t expect to find was the strange and twisting tale of what happened to her next.

My investigations were to take me from the dark depths of Essex and London, to the Home Counties and on into the wilds of Cornwall and Plymouth, and finally back to Essex again. It was a journey of wild and unexpected encounters with filmmakers, Wiccans, curators, artists and taxi drivers; all with their own stories to tell about the witch.  Much of these shone an uncomfortable light on the bigotry, hatred and bullying that Ursula endured and which sadly exists in the world today. But they also illuminated the great kindnesses, noble deeds and compassion that were to weave their own strange magic on me as this extraordinary story began to unfold.

Next, Michelle Sutton (one half of the writing duo L.M.Towton), gives us her take on the theme:

I’m one of those people who love things that go bump in the night. Who will watch a horror film or read a ghost story for pleasure. I’m also that person: the one who laughs at the scares, and sometimes others who jump at them. I don’t know why; I’ve just always been fascinated by the supernatural, the otherworldly and the ‘evil creatures’ that are depicted in folklore, mythology, fiction and pop culture. But, I also like the flipside…

Vampires, witches, werewolves, ghosts, demons and monsters – all the usual suspects there to scare, hunt or kill the heroes. We can all think of examples, from Dracula, Pennywise and the Wolfman to The Exorcist, Hocus Pocus and Jaws, or that local urban legend about people going missing on a cold night. However, there are plenty of examples of good versions, too.

Let’s take witches. The word witch is still used as an insult against women, particularly strong ones or those in authority, yet there are numerous depictions of witches as benevolent. The TV series Charmed was one of the first that popped into my head. A late 90s/early 00s show, which followed the lives of three magical sisters who kept the world (well, San Francisco, mostly) safe from evil. Other examples of good witches in fiction would be Glinda (The Wizard Of Oz), Samantha Stephens (Bewitched), Sabrina Spellman (Sabrina, The Teenage Witch), Hermione Granger (Harry Potter) and Serafina Pekkala (His Dark Materials). Yet, the word ‘witch’ is still a negative one – even my seven-year-old niece took some convincing that being called a witch was a good thing when I read her the first Harry Potter book.

I chose witches simply because we (L.M.Towton) are writing a series that has a coven of witches in it, and they’re not evil or scary, they’re just regular people with jobs and lives but also powers and abilities. Some of them are good, others not so much,but that’s not because they are witches; that’s just how humans are. Even though I’m a massive horror and supernatural fan, I’m still not the biggest fan of one thing being only good and another only bad. I like to see things flipped and mixed up: I want to see good demons (Crowley, Good Omens), good vampires (Mitchell, Being Human), evil angels that aren’t Lucifer (Supernatural) and anything else that can be turned on its head.

Most of all, however, I would love real creatures that are given bad reputations in horror (and real-life) to be less misunderstood and shown as the good guys for once. So, to round off, I’d like to celebrate sharks, spiders, snakes, scorpions, wasps, vultures, bats and any I’ve run out of words to list. As humans, we find these scary but they’re amazing in their own right and each plays a vital part in our planet’s biodiversity. Besides, I think you’re probably more likely to get punched by a witch than eaten by a shark any time soon.

Lastly, we end with a bit of good fun (and another demonstration of the duplicity of life). Claire Buss, Deputy Editor, tells us the horrors of Pumpkin Spice season:

How do you spice a pumpkin anyway?
I always thought they were a sort of roasting vegetable
I never really gave eating them much thought
We had one in art class once
Waited till it had moulded before we drew its corpse

I hear that it’s not pumpkin at all but a mixture of other things
Seems sneaky to me to label a thing one but for it to be another
Sign of the times we live in I suppose
And it comes as a latte which is basically warm milk
Where’s the coffee to be found in one of those?

But this is just the tip of the iceberg
This imaginary spice is everywhere
You can buy it in candles and desserts and milkshakes
In ice creams and puddings and lipsticks of all things
It doesn’t even really exist!

I just want a coffee
I’m not being funny
Don’t get me started on the point of a flat white
I don’t want oat milk or soya or coconut
But make sure you give me six sugars with that!

I hope you had a spooky Halloween this year and found the fun in the fiendishness. Next month, our Monday Moments page will be all around how we reimagine childhood Christmas traditions as adults. Remember to send in your submissions to pentoprint@lbbd.gov.uk and check out Issue 10 of Write  On! magazine here.

All things Halloween are typically seen as a bit nasty, gruesome, evil or just downright scary – such is the modern take on the celebration of All Hallows Eve.