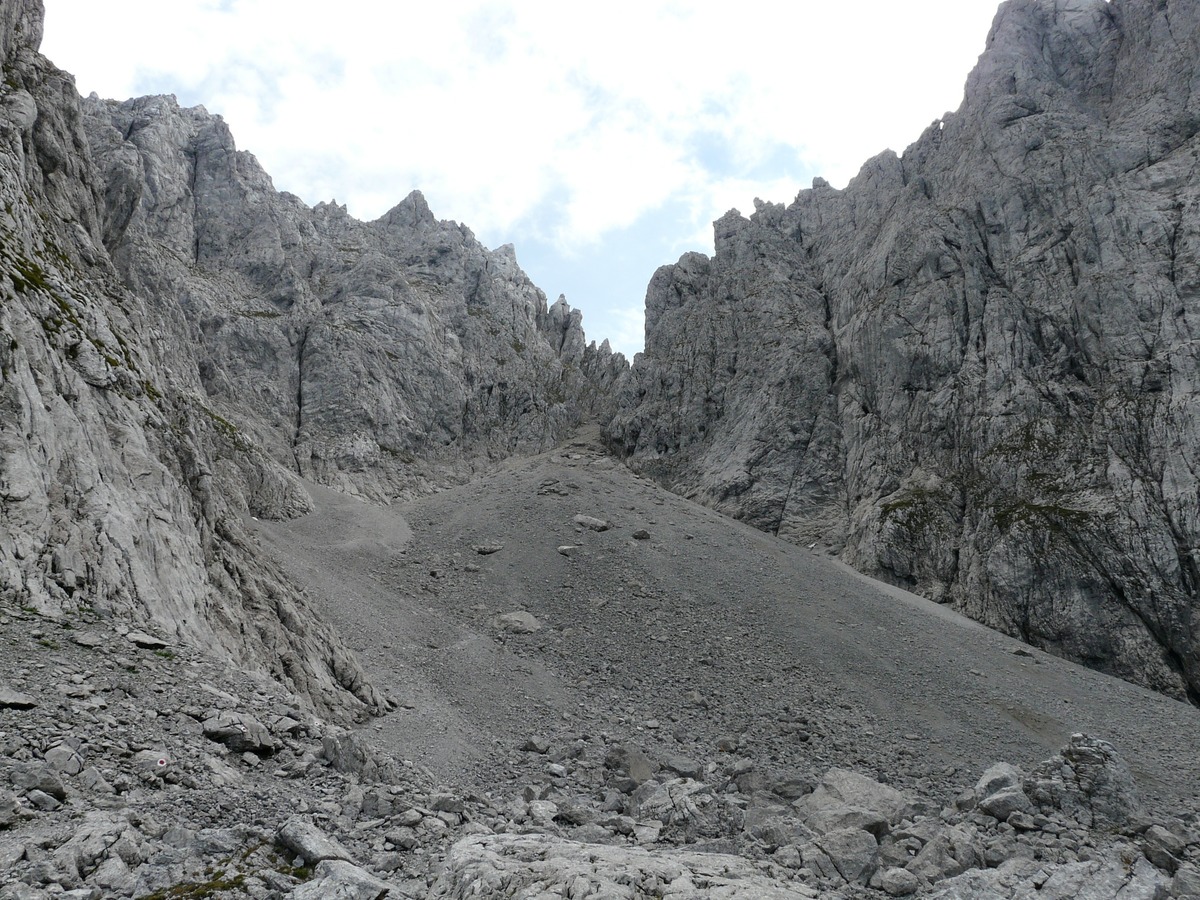 In honour of the Wilbur Smith Adventure Writing Prize, the awards ceremony of which took place last week, I am pleased to welcome Bill Swiggs back to ‘Showcase’. Bill won the Best Unpublished Manuscript category in 2018 and his novel, Blood In The Dust, was published in 2019. You can read an extract of the novel here and our interview with Bill here. Bill developed his writing craft over many years prior to his recent success, and he has been kind enough to share with us a short story he penned a few years ago. The Return Of Darkie Gardiner is set in Bill’s native Australia and switches between the wild outback of the New South Wales of 1861 and the present day. This week, we begin with the first half of the mysterious tale, and we will conclude it next week.

I am also thrilled to bring you a poem by Palak Tewary. Different Yet The Same uses contrasts and comparisons to show how various objects and concepts can comprise different and changing parts, but remain related: just as we human beings may look or sound different to one another, or come from contrasting backgrounds and circumstances, yet still share our common humanity. Not only has Palak written this unifying poem, but she recorded herself performing it and created the video below herself! Follow Palak on her website or social media to discover more of her fantastic work.

The Return Of Darkie Gardiner by Bill Swiggs 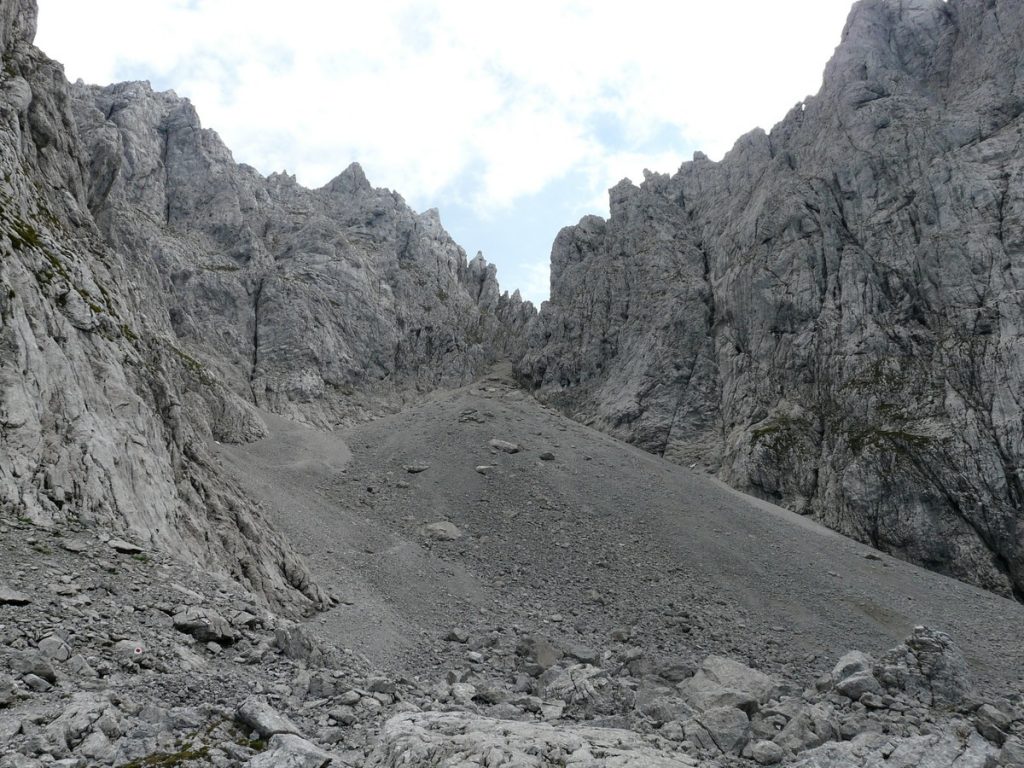 The Weddin Mountains stood as a stark silhouette against the dawn as Darkie Gardiner reined in among a stand of stringybark trees. A few stars still clung to the paling mantle of night, but to the west, a great tower of boiling clouds fast approached. He would need to move quickly, before the storm erased any spoor.

Looping the reins over a branch, he set off towards the mountains. Boulders littered a loose scree that rose the first fifty yards to the base of the cliffs. If the snitch’s information had been correct, he would find the cave at the head of a narrow gully on this western fringe of the range.

His booted feet made little sound on the damp earth, but once he started up the shale, loose sheets of stone cracked and slid and made the devil’s own noise. He pulled a revolver from his belt, his right hand closing familiarly around the grip. Thankfully, the shale petered out near the mouth of the gully and Darkie was able to move forward in silence. A thin pall of night mist still veiled the shadowy depths where something moved in the distance. Darkie paused, swinging the revolver up. A horse stood in the scrub, grazing on the limited grass, unaware of his presence. As he moved forward a peal of thunder boomed out from the mass of cloud scudding overhead and the animal whickered nervously.

To his left, a darker shadow marred the cliff, a horizontal gash in the rock. A finger of blue smoke climbed away from the mouth of a cave and he could make out a figure huddled in blankets beside a smouldering campfire.

Darkie sneered at the sight of the man he had ridden so far to find. Cocking the revolver, he stepped towards the cave as the first drops of rain spattered to the ground.

Steve Channing punched a number into the public telephone and waited patiently.

“Hello?” Mandy’s voice sounded tired. She was always tired lately. They all were.

“Oh, Steve! He slept a little easier last night, but it was just the medication. He’s not any better, really.”

Steve felt the all-too-familiar pang in his guts as he thought about his son nearly a thousand kilometres away. “When I get home, we’ll find another specialist. There has to be someone who can help him.”

“You know there isn’t, darling. We’ve tried everyone. The only people who can help are in that clinic in America. And it will take a hundred thousand dollars to get him there and get the treatment. We don’t have that kind of money.”

Steve slammed his fist against the wall of the phone box. “I’ll get the money. Somehow, someway, I’ll get it. When this trip is over, I’ll sell the truck, I’ll sell everything.”

“Then I’ll get a loan for the rest. Timmy needs to get to that clinic.”

“And who is going to loan us the money? If we sell everything, we won’t have anything with which to secure a loan.” Her voice broke and she started to cry. “My little boy is going to die.”

“No!” Steve snapped. “Don’t talk like that. I’ll find the money. I will, sweetheart. You stay strong. When I get home, we’ll sort it out.”

Hanging up the phone, he strode back to his truck parked beyond a lonely roadhouse in the middle of nowhere. Whirring the engine into life, he pushed the truck into gear and pulled out onto the highway.

“I’ll get Timmy that treatment he needs,” he told the flashing white line as it disappeared beneath his truck. “You see if I don’t.” Tears ran down his cheeks and he swiped at them savagely. A tough truck driver doesn’t cry. But the tears kept coming until he spotted a line of mountains on the horizon, a range that stretched away into the south. Craggy, ochre-coloured cliffs ran for kilometres, interspersed by bush-choked gullies and ravines that cut deep into ancient buttresses.

A feeling of deep familiarity came over Steve, though he had never seen these mountains before. The coastal routes were his domain. He had only taken this inland trip for the extra money, for every dollar more that got Timmy closer to his treatment.

He reached for the GPS unit and scrolled the map sideways. The mountains were marked there, looking just as foreboding on the electronic image as they appeared through the windscreen of the truck. No roads or trails penetrated into their interior, and Steve wondered just what those stone walls concealed. The name of the range had a strange ring to it.

He said the name aloud a few times and a deep, gnawing sensation grew in his guts, becoming intense. The closer Steve came to those rugged peaks, the more intense became the feeling. He found his head constantly turning to the side window, his gaze on the mountains more than the road. There was something in there, something he needed to do. The mountains were calling to him. There was no sound other than the roar of the truck’s engine and the hum of tyres on bitumen, but those mountains were calling to him. And the call was undeniable.

He came to a sign on the side of the highway, pointing to the left down a dusty dirt road. Braking hard, he brought the truck to a stop and looked down the gravel road. The trees on either side formed a verdant tunnel towards the mountains, beckoning him. He shook his head and tried to ignore the sensation. His hand moved to the gearstick and his foot to the clutch pedal.

“C’mon, Steve. You’re wasting time, buddy. Get the load delivered and get back home.” The sound of his own voice did nothing to quell the feeling in his stomach. His hand drifted away from the gearstick to the door. Without thinking, he climbed out, unhitched the trailer from behind the truck and climbed back into the cab. Only then was he able to push the truck into gear and move off. Leaving the trailer on the shoulder of the highway, he spun the wheel and turned down the gravel road.

As he neared the mountains something strange started happening with the light; the once bright and beautiful day had become sullen and dark. The sun had gone from overhead and appeared to be just rising in the east.

He leant forward and peered up through the branches. A mass of cloud had pushed out of the west, cascading against the mountains. A bolt of lightning split the sky and thunder drowned out the engine.

“That moved in quick.”

The track ended at a small parking area. Steve manoeuvred the truck beside a stand of stringybarks and shutdown the engine. Opening the door, he could hear the wind sighing in the treetops like whispering voices. The feeling in his guts was intense now, not a pain, but a deep, emotional yearning, drawing him ever closer to an unknown destination. He climbed to the ground and shut the door.

A trail made its way out of the parking area and towards the mountains. He started down it, treading carefully without knowing what he was being careful of. The trail ended at a scree slope of loose shale and he climbed towards the cliffs. Overhead, the clouds bunched against the mountain, swirling in a vortex directly above him. He reached the cliff and paused only briefly before starting to his right, towards a place where the cliff folded back on itself into a tight gully.

As he entered the gully lightning flashed, searing a bright afterglow on his retina. When it cleared, he thought he could make out a horse grazing on some stunted grass. Lightning flashed again and the horse was gone, but to his right he could see a shallow cave, no more than a narrow opening beneath an overhang of rock. He made his way towards it. Smoke climbed into the sky and someone lay beside a campfire, wrapped in an old woollen blanket.

Lightning cracked so close overhead Steve could smell raw ozone as it split the air. The first spattering drops of rain hit the ground and his face. He made to wipe the water from his eyes, but there was something in his hand. He stared wide-eyed at the old revolver in his fist.

The figure in the cave stirred and sat up, letting the blanket fall. He gasped at the armed man approaching the cave.

Steve Channing looked from the revolver in his hand to the man sitting by the fire and somewhere in the foggy depths of his mind a curtain parted.

He knew why fate had brought him here.

END OF PART ONE. Come back next week for the conclusion of The Return of Darkie Gardiner.

Bill Swiggs is the winner of the 2018 Wilbur Smith Adventure Writing Prize (Best Unpublished Manuscript). His novel, Blood in the Dust, is out not and available to purchase.

Different Yet the Same by Palak Tewary

Palak Tewary, an Indian-born Londoner, is a management and finance professional, who, along with being an ardent writer, is a travel buff, photography and videography enthusiast. She blogs at: www.palaktewary.com and is now focusing on writing books, articles, short stories and poetry. Connect with her on: YouTube/ Twitter/ Instagram  @palaktewary.

If you’d like to see your writing appear in the Write On! ‘Showcase’, please send your short stories, poetry or novel extracts to: pentoprint@lbbd.gov.uk. You can read more fiction, poetry, interviews and author advice in the latest issue of Write On! Available here

His booted feet made little sound on the damp earth, but once he started up the shale, loose sheets of stone cracked and slid and made the devil’s own noise. He pulled a revolver from his belt, his right hand closing familiarly around the grip.