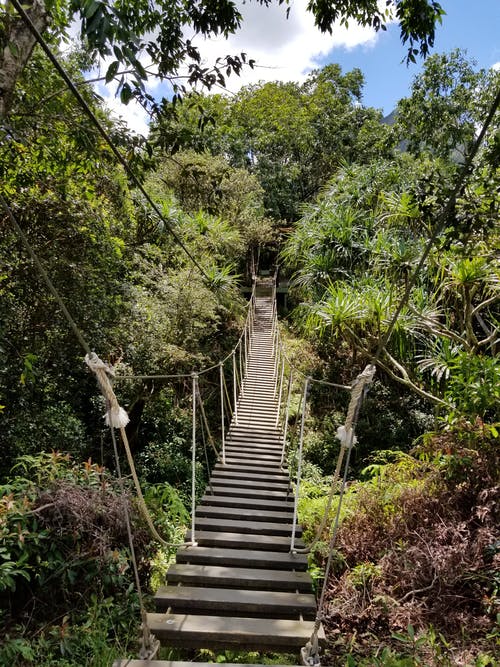 September’s Showcases will be introduced by Georgina Brown, Manager of The Wilbur & Niso Smith Foundation. 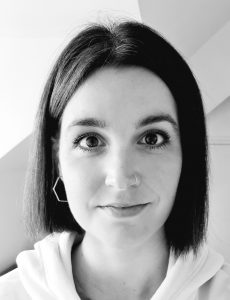 In my second week of editing the Write On! Showcase, I’m continuing the theme of adventure. This week, however, is less about what the idea of adventure means, but what it can do for you.

An adventure is the best way to learn something about yourself. It can show you how you behave when taken out of your comfort zone, open your eyes to a new way to view the world and, in doing so, teach you a little more about who you are as a person. The easiest of ways to do this, of course, would be to hop on a plane and hop off in a different country, to meet new people and see how you fare with the language and culture.

In a year when many of us have been unable to travel or explore, when we’ve been restricted to our local area and often the house, reading and writing have been ways to gain a better understanding of the world. A great adventure novel will show you different countries, different times and, most importantly, life through different perspectives.

In a story, we see how this changes, how pushing a character out of their comfort zone takes them on a journey that enables them to grow as a person. Of course, in real life, this journey takes more time and the neatness of fiction can often only been seen with hindsight.

This week, I’m delighted to share another extract and two poems that share a writer’s perspective – how you might see something, versus how others around you might see it. I’ll start by introducing a segment of Deadly Twist by Kendall Talbot, a manuscript shortlisted for this year’s Wilbur Smith Adventure Writing Prize. 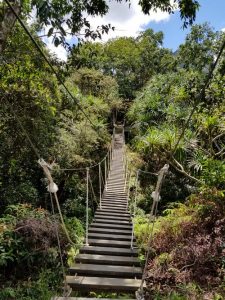 They shouldered their gear again, and set off in the direction of the thundering waterfall. It was only a couple of minutes before an enormous chasm opened before them. Water tumbled from a powerful deluge at their left and poured into a deep gorge in a frenzy of white foam that roared past them.

Branches from the giant tree they’d climbed over stuck out over the void like a hand with long, knobby, outstretched fingers. Their path skirted the edge of the gorge on a narrow ledge that was barely two feet wide. Lily didn’t seem to have any fear as she walked ahead of him with confident steps.

Vines as thick as Carter’s arm crept out from the jungle floor and tumbled toward the water at regular intervals. His foot kicked out from beneath him, and Carter clawed at a tree branch, just in time. His heart pounded at just how close he’d come to tumbling into the barreling water. Sucking in huge breaths to calm his nerves, he couldn’t believe neither Lily nor Otomi had even noticed. He could’ve vanished from sight and they’d have had no idea where he’d gone. Shaking his head, he took another tentative step.

After a couple more paces, he saw how they were going to cross the gorge. A rope bridge.

The recent discovery of this ancient site meant this bridge was new. It must’ve been put up with haste, and based on many Mexican constructions he’d encountered in his travels, it probably would’ve been built with minimal safety checks.

“Look at that.” Lily pointed forward.

From behind, Carter couldn’t tell if she was processing the same concerns as he was.

They arrived at the bridge and offloaded their gear.

Nope, she was not apprehensive at all.

He wished he’d had his camera ready to capture her enthusiasm. At that thought, he unhooked it from his hip and peered through his lens. The scene was straight out of the Avatar movie. Carter had stepped into another world—a glorious ancient world that, other than the rope bridge, hadn’t been ruined by civilization.

He lived for these moments.

The bridge consisted of two thick ropes the size of Carter’s wrist, which were tied between trees on either side of the gorge. These ropes were drawn as tight as wire. From them hung thinner ropes that were strung from one thick rope to the other, in a series of loops that ran underneath long planks of wood. The planks were simply sitting on the thinner ropes, not even tied down. The theory seemed to be they walk along the planks and hold on to the tight ropes to traverse the gorge.

The biggest issue Carter could see, besides one of the ropes snapping, was if the person crossing should wobble it too much, the planks might slip out.

“I go first.” Otomi picked up the rooster cage and held it in front of him as he stepped onto the first plank. The crazy guide didn’t hold on to any ropes as he crossed, and as he obviously couldn’t see his footing, on account of the cage he was carrying. He inched along by shuffling his feet.

One wrong step would plunge Otomi and the silly bird to a certain watery death.

Otomi was a brave man. Or completely stupid.

Lily barely blinked as she watched Otomi traverse the thundering gorge with the rooster cage. It was about eighty feet to the other side, and their guide seemed to take forever. Lily let out the breath she’d been holding when he finally stepped onto solid land.

“Made it look easy too.” Carter sounded skeptical.

Otomi put the bird down, and cupped his hands around his mouth. “Your turn.” His words drifted across the water.

She nodded, expecting as much.

She loaded up her gear and turned her attention to the bridge. Reaching for the rope, she wrapped her fingers around it and was surprised at how tight it was, just like the high-tensile wire they used back home on the dairy farm fencing. With both hands clutching the ropes at shoulder height, she stepped onto the wood. With each step, the plank wobbled more from side to side. Fifteen feet along, it got out of control.

She clutched the ropes and stopped, desperate for the wobble to stop too.

After several calming breaths, she glided her fingers along again. The ropes in her hands didn’t move, but the ropes holding the planks beneath her feet certainly did. Each step forward increased the sway from side to side. Halfway across, she stopped again. The sheer volume tumbling down the waterfall was extraordinary. It fell from a height of about one hundred feet and pummeled blackened rocks at its base in an explosion of white water.

“You okay, Lily?” Carter’s voice reached her over the roar of the water.

“I’m fine. Just taking in the scenery.” She hoped he didn’t notice the quiver in her voice.

Continuing on, she quickly closed the distance to the other side. As she stepped onto safe ground, Otomi reached for her forearm and guided her away from the edge.

Her legs still wobbled, her heart still raced, yet she smiled a triumphant grin. “That was incredible.”

Otomi turned back to the bridge and waved Carter across, and he arrived on their side of the gorge without incident. “That was awesome. Where to now, boss?” Carter nodded at Otomi.

“This way.” Otomi pointed to his right, then picked up the birdcage again.

This extract shows us both Carter and Lily finding themselves out of their comfort zones, but pushing through the fear. We assume that Carter, a National Geographic photographer, is a confident, daring individual but in this extract, we see that he is sensible enough to recognise his fear and our perspective of him changes.

Yet so does his of Lily. Lily is a reporter in search of her Father’s secret history and is determined to do whatever it takes to track down the information she’s seeking. Although Carter has made a first judgement of her, he keeps being surprised by Lily’s tenacity and capability. He reminds himself to question his first impressions and see her in a different light.

The second pieces in this week’s Showcase are two poems about the writing experience, one by Anna Balek and the other by Diya Padiyar.  Both poems show how vital it is to see what is around you and follow your own goals, regardless of what others may think.

To me, I Write is a heartfelt plea to be heard, while When I Write is about hope, seeing things from different perspectives and leaning into that which makes you feel alive. These words encapsulate the writerly dance; language to live by, whether you would consider yourself adventurous or not. 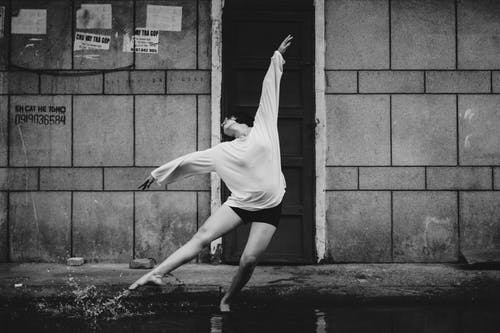 I write to find the peace within me, that I have lost
I write to ask questions, that still aren’t answered
I write in the hope of understanding why and understanding how
things happen to you in life, like a victim of happenstance

I write from my heart and occasionally in tears
I write what I think, while I think with my heart
I write when my heart can no longer
hold the burden of my emotions

When I write,
I breathe in fire from a pyre
and yet, I exhale a life full of hope
I walk, leaving footsteps of faith
Though the bottom of my legs
are cracked with dread

When I write,
I swallow the bitterness of my saliva
and heal the numbness of my eyes
Tears desperate to spill out
The moment I say,
“I can’t”
But I dont say it.
I wont say it.

I wont say it.
Even with that shiver
between my fragile fingers
And with fear stuffing
in and out of my breath.
I wont say it.

Writing is the oil to my lamp
I willingly burn away in wisdom
To light up the world.