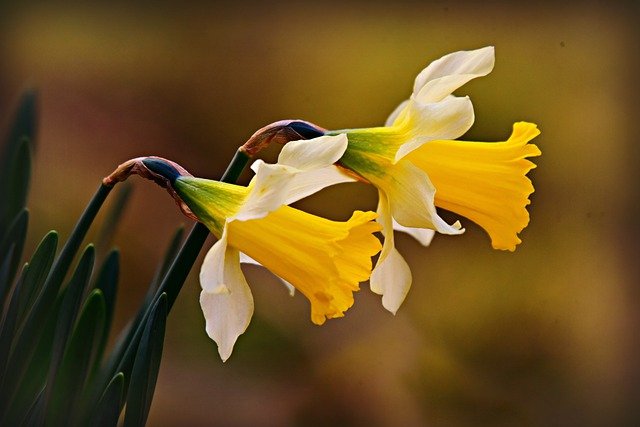 As an ode to spring, I bring you a short and sweet poem from Gloria Maloney. The sunshine, the breeze, the smiling flowers all remind us change can be beautiful too. I believe nature’s way will always remain a mystery to us mere mortals!

In addition, Genevieve Gornichec pulls us into the mysterious world of magic and myth with The Witch’s Heart. This fabulous extract will keep you glued to your screens, as it takes us through the twists and turns of the witch’s journey across lifetimes.

It reinforces that life is like that, too; mysterious and full of twists. We don’t know what tomorrow will bring, so all we can do is hold on and enjoy the ride.

Genevieve Gornichec’s debut novel, The Witch’s Heart, looks at Norse Mythology from a fresh perspective. Delightful and engaging, I’m pleased to share a short extract from her book. You can also read her Friday Feature here: https://pentoprint.org/friday-features-growth-journey-ragnarok

Long ago, when the gods were young and Asgard was new, there came a witch from the edge of the worlds. She knew many ancient spells, but she was especially skilled with seid, a magic that allowed one to travel out of body and divine the future. This greatly appealed to Odin, the highest of the Aesir; when he learned of her abilities, he offered to impart upon the witch his knowledge of the runes in exchange for teaching him seid.

She was uncertain at first. She’d heard enough about Odin to make her hesitate. But she knew he did not share his secrets lightly, which meant her knowledge of seid must be of great value to him indeed. So she swallowed her suspicions about this grim one- eyed god and accepted his offer.

As they practiced seid together, the witch found herself drawn farther down than she’d ever traveled before, where she brushed against a place darker than the beginning of time itself. This place frightened her, and the secrets contained there were great and terrible, so she did not dare go deeper—much to Odin’s displeasure, for the knowledge he sought above all else was hidden there, and it seemed to him that only she could reach it.

The witch was also teaching her magic to the Aesir’s rivals, the Vanir, a sister race of gods whose home she had passed through on her way to Asgard. The Vanir could think of naught but gold with which to reward the witch for her services, though she cared little enough for it.

But when Odin realized she was traveling between Asgard and Vanaheim, he saw an opportunity. He turned the Aesir against the witch and called her Gullveig, “gold-dust.” They drove spears through her and burned her three times, and three times she was reborn— or she was very old, very hard to kill, and far more than she appeared. Each time she burned, Odin tried to force her down to the dark place to learn what he wanted to know, and each time she resisted. And when the Vanir heard of the Aesir’s treatment of her, they became furious, and thus was the first war in the cosmos declared.

The third time she was reborn, Gullveig fled, though she left something behind: her speared heart, still smoking on the pyre.

That was where he found it.

Some time later, he tracked her to the deepest, darkest forest at the farthest edge of Jotunheim: the land of the giants, the Aesir’s bitter enemies. This forest was called Ironwood, where the gnarled gray trees were so thick that there was no real path through them, and so tall that they blocked out the sun.

He did not have to venture into those woods, though, for by the bank of the river that divided Ironwood from the rest of Jotunheim he found the witch, staring across the water at the dense forest and mountains beyond. She sat upon a rough woolen blanket with a thick cloak about her shoulders and a hood pulled over her head. The sun was shining, but she sat in the shade, hands folded in her lap, leaning against a tree trunk.

He watched her for a time, shifting from foot to foot, scratching his nose, listening to the quaint gurgling of the river and the whistling of songbirds. Then he sauntered up to her, his hands clasped behind his back. He could see only the bottom half of her face, but her skin looked pink— ender, healing, new. When he got closer, he noticed the skin of her hands was the same. She seemed to be resting peacefully. Part of him didn’t want to disturb her.

Then again, he’d always found the idea of peace to be quite boring.

“How long are you going to stand there?” she rasped. She sounded like she hadn’t had anything to drink in an age and a half. He figured that breathing in the smoke from one’s own pyre three times would have that effect on a person.

“You’re a difficult woman to find,” he replied. Truth be told, he wasn’t sure how to proceed. He’d come to return what she’d left in Odin’s hall—and for something more, though he didn’t know exactly what.

Something had drawn him to Ironwood that day with her heart tucked into his haversack.

And he had a feeling that whatever was pulling him down this path was important, was special, was interesting, for he was so very easily bored.

And now here he was, enticed by the possibility of some excitement and hoping the witch would not disappoint.

She didn’t reply at first, opting instead to study the strange man who’d approached her.

The sun was shining behind him, so she couldn’t quite make out his features—just a deep green traveling cloak and hood, brown pants, brown leather shoes, and the silhouette of wild hair.

“I really admire your work,” he said conversationally. “You know—sowing chaos wherever you go. Making mighty beings fight over your talents. It’s impressive, really.”

A moment passed before she said, “That was not my intention.”

She did not reply.

“Well, if you’re planning on doing it again,” he said, “I would love to watch and possibly participate, so long as I don’t get caught. But I’ll let you know up front that I shall not, under any circumstances, make you a promise I can’t talk my way out of. I’m not usually this straightforward about it, so consider yourself lucky. I’m letting you know as a friend.”

“A friend?” The word was foreign to her.

“Yes. I’ve decided it just now.” He cocked his head. “Am I your first friend? What an achievement for you.”

She ignored the question. “Seems a rather one-sided decision on your part.”

“Well, I see you’re not exactly surrounded by admirers.” He studied her. “You seem to me o be nothing more than a harmless witch from the backwoods—I haven’t heard anyone talk like you for a very long time. I’m surprised the Aesir could even understand your accent. Who are you? Where do you come from?”

“I don’t know,” she said after a moment. She inclined her head such that she could see him, but he couldn’t quite see her. “I could ask you the same question about yourself, and you probably wouldn’t know the answer, either.”

“Oh yes?” He settled down on his haunches and peered at her. She could see now that he had a pale, angular face, a sharp, slightly upturned nose that gave him an impish look, and shoulder-length dark blond hair that fell somewhere between wavy and curly. His eyes were grass green; his smile was mischievous.

The witch nodded once in reply. His smile faltered a bit. “And how could you possibly know that?”

“I may have heard that your knowing of things was what got you stabbed and lit on fire, multiple times. Perhaps from now on you should just play dumb.”

“Well, that’s no fun,” she said, only half joking, her hand moving instinctively to the vertical slash between her breasts—the place where they’d stabbed out her heart.

“That’s the spirit!” He laughed as he rummaged around in his bag. After a moment he pulled out a wad of cloth and held it out to her.

She took it—and started when she felt the bundle pulsing rhythmically in her hands.

“Your heart,” he explained. “I was going to eat it, for some reason, but I decided that maybe you should have it back.” 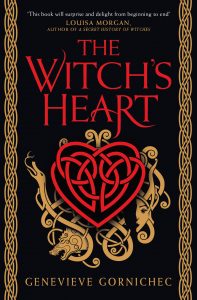 Connect with Genevieve at genevievegornichec.com

The Witch’s Heart is available to pre-order on Amazon, release date 4th May 2021.

‘The Myth, Legend & Lore Podcast’ will be having a special episode in April with author Genevieve Gornichec & The Witch’s Heart. Catch up with the podcast here: mythlegendlore.podbean.com

Don’t forget, Issue 8 of Write On! magazine is out today. Read it online here.