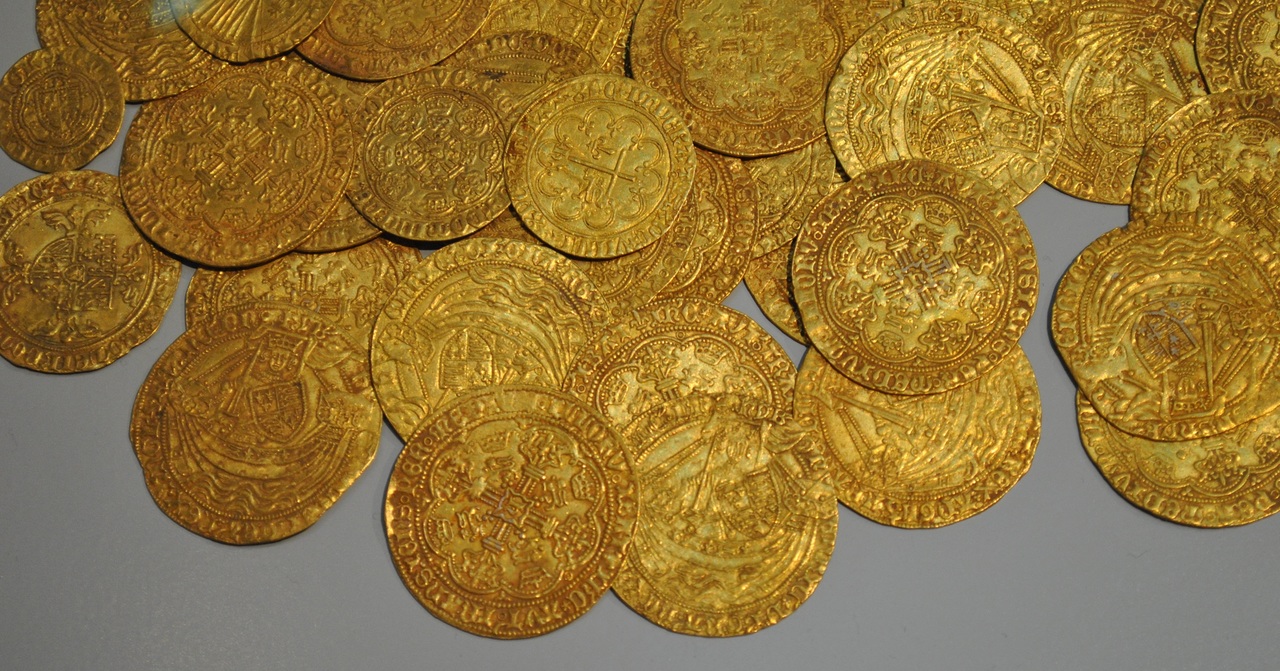 For those of you feeling the suspense from our previous entry, fear not! This week on ‘Showcase’, we feature part two of Bill Swiggs’ short story, The Return Of Darkie Gardiner, the time-spanning adventure of treasure and justice, set in the mountains of Central New South Wales, Australia. In case you missed it, you can read part one here. And don’t forget, you can learn more about Bill and his award-winning debut novel in a previous Showcase entry and interview feature.

Also this week, I am thrilled to share with you one of the wonderful video poems to emerge from Pen to Print’s ‘Love Letters To The World’. The event was held over the summer via a series of free online workshops and invited attendants to explore their writing and creativity. Claire Steele helped lead the workshops, alongside Carole Pluckrose. By working with the event’s talented participants, Claire was inspired to write her own poem about love, what it is, why it transforms over time and how we so often take it for granted.

Do you have a ‘love letter to the world’ you would like to share? Are you writing your own adventure short story? Wherever your creativity lies, we would like to read, see or hear your work! Submit your compositions to feature on Showcase!

The Return Of Darkie Gardiner by Bill Swiggs 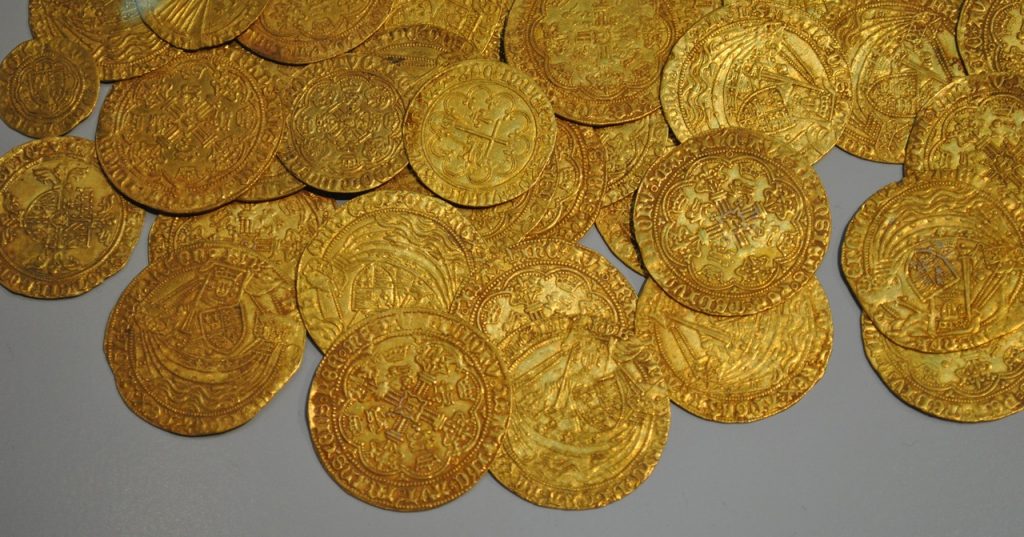 “Darkie?” The man’s hand reached under the saddle he had been using as a pillow.

“Easy, Jackie. Don’t do anything rash.” Darkie raised the revolver.

The hand stopped. “So, you found me at last. I heard you were looking for me.”

“You heard right, Jackie. I’ve ridden many a mile to hunt you down. You know why I’m here, don’t you?”

A look of fear flashed through the other man’s eyes. “I had to do it, Darkie. The traps had me dead to rights. I was looking at twenty years on Cockatoo Island – maybe even a noose.”

Darkie shook his head. “That won’t fly, Jackie. We have a code. Maybe we’re just highwaymen and bushrangers, but we stand together against the traps and the courts. You broke that code and two good friends of mine swung for it. You know I can’t let you get away with that. It wouldn’t be right.”

“Are you just going to shoot me down like a dog?” Jackie’s voice quavered, his wild-eyed stare locked onto the revolver in Darkie’s hand.

“You’ll get your chance, Jackie. Go ahead and pull that horse pistol of yours and get to your feet. But do it slowly.”

Jackie’s hand came out from beneath the saddle gripping a cavalry pistol. Careful not to point it towards Darkie, he climbed to his feet. The two men stood ten feet apart under the rock overhang.

“It doesn’t have to be like this, Darkie.” Jackie’s voice took on a pleading tone. “I bailed up a group of diggers a few weeks ago. They’d struck it big.” His free hand pointed to the back of the cave. “There’s a fortune in gold nuggets buried right there. Take it and let me go.”

Darkie shook his head again. “That gold should belong to the men you betrayed. When I’m done with you, it will stay where you buried it, as a tribute to them.”

Jackie took a step back and his eyes flicked from side to side as he sought a way out of his deadly predicament. In the end, his gaze came back to the man standing before him, and he was surprised to see Darkie lower the revolver to his side.

“I won’t gun you down in cold blood, Jackie. Like I said, you’ll get your chance.” Darkie nodded at the horse pistol hanging in Jackie’s hand. “Whenever you’re ready.”

Jackie squared himself with his opponent and cocked the hammer of his pistol. They stared at each other across a distance of three paces, perfectly still while the storm raged beyond the mouth of the cave.

Jackie moved. The pistol came up with all the speed he could muster. The barrel was almost level when Darkie’s revolver barked, the muzzle flash lighting the cave, holding that brief, deadly moment in its grip, like a photographer’s flash.

Jackie staggered backwards, but even as he did so he tried to get his pistol up. Darkie took a step forward and shot him again. Jackie fell backwards and lay motionless beside the smoky remnants of the campfire.

Gunfire still echoed about the gully as Steve Channing ran from the cave as fast as he could. Rain slanted down into his panicked face and wet bushes slashed against him, soaking him to the skin. He came up against a rock wall, his head turning left and right, a trapped animal, searching for a way out of this madness. Then he found the entrance to the gully and was running again. His feet slipped and skidded on loose scree, but somehow, he managed to stay upright. Desperately he searched for the parking area and his truck. He caught sight of a pale shape among the trees and realised it was a horse, saddled and bridled and waiting patiently for its rider. Water streamed into his eyes and he wiped it away. When he looked again the horse was gone. In its place was the Kenworth and he ran for the door, yanked it open and climbed thankfully inside.

Steve jabbed at the starter and the diesel roared into life. As he pushed the truck into gear the view ahead of him glared with brilliant sunshine. He leant forward and glanced up through the windscreen. The storm was over. Only a few scattered clouds remained along the highest reaches of the cliffs. As he watched, these too burned away and the sky was once again that perfect dome of blue he had last seen back on the highway.

The returning sunshine flushed some of the panic from his mind. He killed the engine and leant back in the driver’s seat, taking a few deep breaths to calm his racing heart.

“What the hell just happened?”

He looked over his shoulder into the sleeper behind his seat. “Did I fall asleep and have a dream?” But the bed was unruffled and cold. Besides, he was soaking wet. He had definitely been outside during the storm.

Climbing from the cab, he stared up at the walk trail. The sensation that had drawn him towards it before was now gone, replaced by a deep worry that Steve knew was entirely his own. Curiosity got the better of him and he set off down the trail. When he reached the scree he looked up to where the gully opened in the mountainside and climbed towards it. The last time he had come this way the storm had been building, but now the sunshine warmed his back.

He found the cave near the head of the gully. There was no horse, no campfire, no dead body. He studied the stony floor and could see pieces of charcoal that might once have been a campfire. The roof of the cave certainly seemed blackened in that area.

The scene he had witnessed, dreamed, played a part in – he wasn’t sure which – played through his mind. Jackie had pointed to the back of the cave as he bargained with Darkie for his life. Steve had to stoop low to fit beneath the sloping rock. He dropped to his knees beside a stone the size of a loaf of bread. He didn’t know much about geology, but he thought the rock was a piece of basalt, out of place in the sandstone cave. Someone had brought this stone in from elsewhere. He tossed it aside and started digging into the sandy floor. He had only gone down a few inches when he uncovered someone’s buried rubbish. There were little bits of brown material that appeared to be old leather. Digging a little more, he found a piece with the remnants of a drawstring still through it and realised they were the rotted remains of little leather pouches.

Steve looked down into the hole he had created and something yellow glittered brightly in the gloomy confines of the cave.

The girl at the boarding gate scanned their passes and waved the family through with a beaming smile.

Steve Channing strode along the skyway towards the airliner with his wife holding one hand and his son the other. Timmy tugged at Steve’s arm, urging him to greater speed. This was his first ride in a plane and excitement showed in the huge smile on his face. But the disease had taken its toll and he also panted breathlessly.

Just hold on a little longer, buddy. We’re getting you to the help you need.

Mandy squeezed his hand. “I can’t believe this is happening.”

“It’s happening, sweetheart. We’re on our way. By this time tomorrow, Timmy will be in the clinic.”

“But… I don’t understand. Where on earth did you find the money for this?”

“A gift?” She looked up at him, a frown creasing her face. “But from whom?”

Ahead, Steve could see two flight attendants beyond the airliner door, waiting to show them to their assigned seats. He squeezed his wife’s hand.

“Someone from the past,” he said vaguely. “The distant past.”

Bill Swiggs is the winner of the 2018 Wilbur Smith Adventure Writing Prize (Best Unpublished Manuscript). His novel, Blood in the Dust, is out not and available to purchase.

Love Letter To The World by Claire Steele

If you’d like to see your writing appear in the Write On! ‘Showcase’, please send your short stories, poetry or novel extracts to: pentoprint@lbbd.gov.uk. You can read more fiction, poetry, interviews and author advice in the latest issue of Write On! Available here

Jackie moved. The pistol came up with all the speed he could muster. The barrel was almost level when Darkie’s revolver barked, the muzzle flash lighting the cave, holding that brief, deadly moment in its grip, like a photographer’s flash.