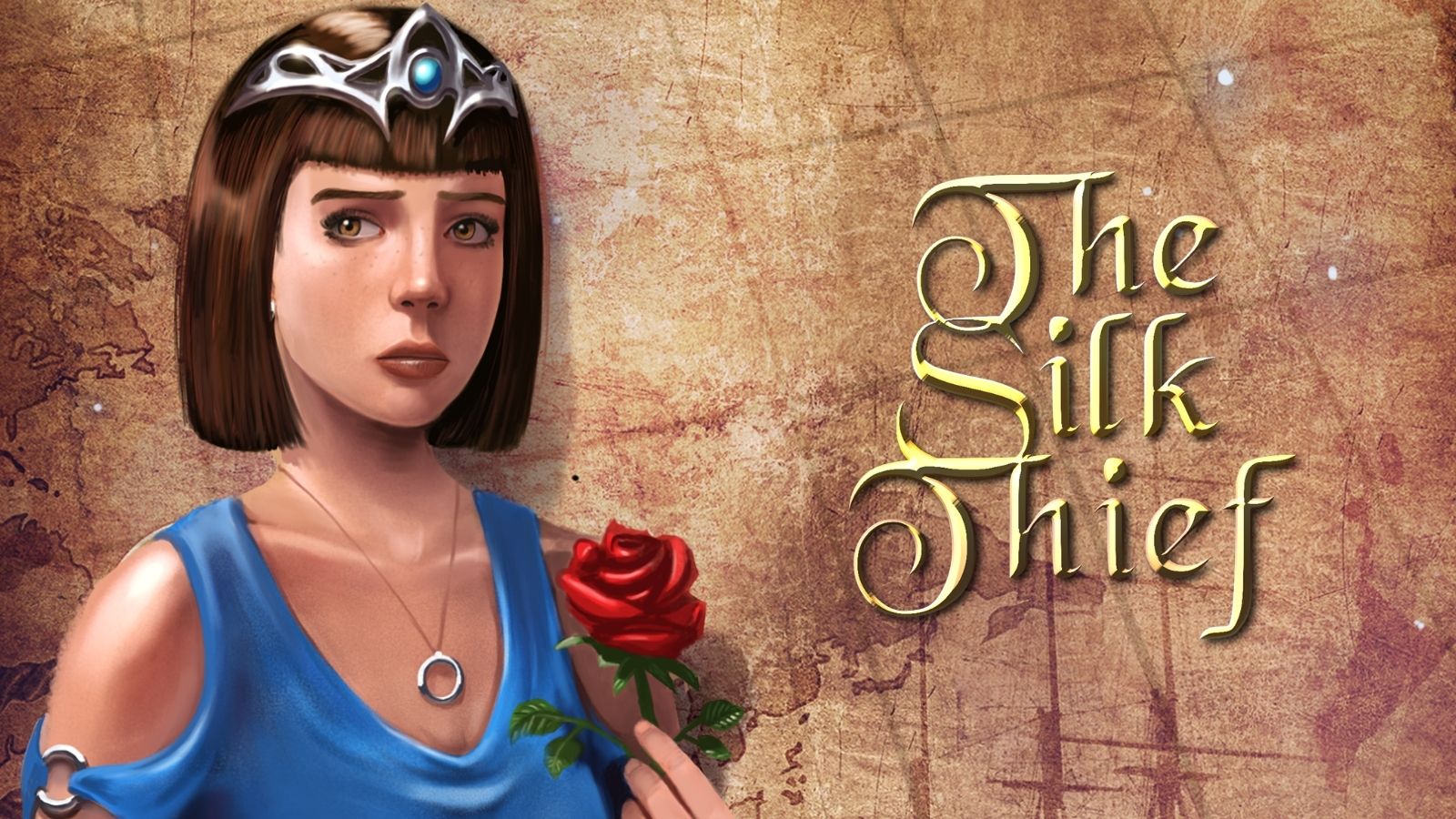 Welcome to my fifth and final showcase this month. I’ve thoroughly enjoyed showcasing such wonderful and diverse pieces of writing which illuminate what it is to be human. This week I am showcasing an extract from one of the Write On! team’s brand-new novel, which was released earlier this month.

From award-winning author, and Pen to Print regular, Claire Buss comes the second in her Roshaven series, The Silk Thief. The Roshaven empire hangs in the balance in this humorous fantasy romp, as the scheming villain plots to steal trade, crown and empress while our heroes scramble to thwart his dastardly plan…

Over the past weeks, I have been guiding you on a voyage through the various life stages of a human being. This week we have come to the end of that journey, and in Claire Buss’s first chapter below, the end of a life; one honoured by a state funeral.

“Themes of transformation make a strong appearance in the novel. One of the characters, Fourteen, must transform herself with a new name,” Claire tells me, “and Ned Spinks, the main protagonist, goes through a period of transformation to gain new status while his second-in-command, Jenni, must deal with a very different change of circumstances.” 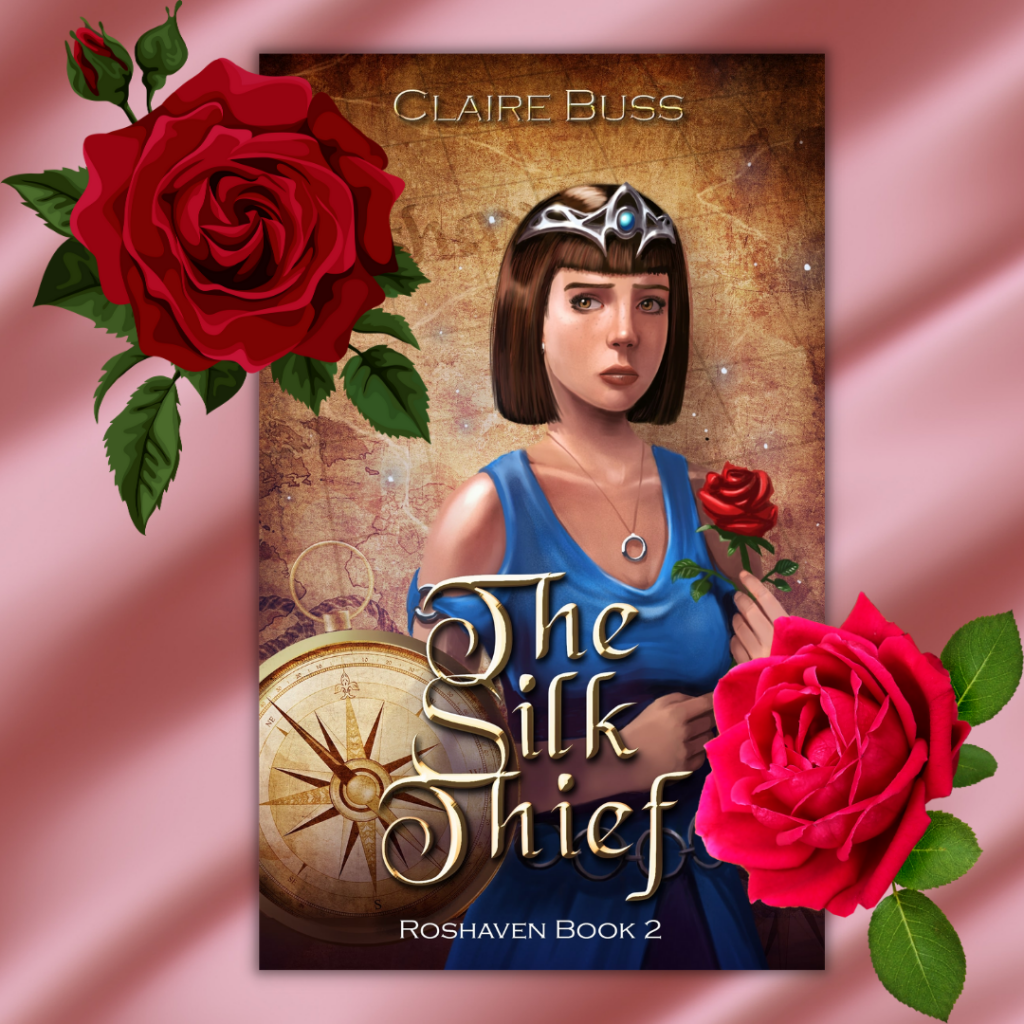 An Extract From Chapter 1

It was Griff’s funeral. Ned Spinks, Roshaven’s Chief Thief-Catcher, watched from his elevated vantage point on the upper part of the shore as the crowd congregated by the water. He scanned the throng for any suspicious behaviour. A cool sea breeze carried some freshness his way, combating the aroma caused when you get lots of individuals gathering in one place. It gave him small comfort to see such a large turnout, his own grief was too raw.

‘Yor not on the clock now, Boss.’ Jenni the sprite remarked as she nodded a greeting at the Gingerbread folk. Wary of the water, they stood as far from the damaging liquid as they could without removing themselves from the ceremony.

Jenni pointed and they both stared at the elegant Imperial gazebo erected upon the Dead Pier. This was the other reason such a great crowd had assembled, and why the air hummed with animated chatter and gossip. The Emperor of Roshaven had recently revealed she was a woman, and this was her first formal event since that announcement. Unfortunate that it was a state funeral.

‘Mhm.’ Ned’s reply was as nonchalant as he could make it. He hadn’t seen Fourteen since they returned from their quest to save love and defeat the Rose Thief. After their triumphant return to the city, Fourteen had been immediately swept up by her administrators, the High Left and High Right. Every time Ned tried to get in to see her, the Highs cited important imperial duties that couldn’t be disturbed. After several tries, Ned had resolved to leave it for a while. He wasn’t certain if it were the Highs or Fourteen that were keeping him away.

Ned knew she was trying to get a response from him and his gaze flicked over again to where Fourteen stood, slightly apart from her retinue. Her short black hair framed her face and her silver gown was shining in the sun.

It relieved him when the opportunity came to change the subject as Momma K, Queen of the Fae, glided past bestowing regal smiles upon individual members of the crowd. Ned noticed he didn’t receive one and Jenni had ignored hers.

‘Things not going smoothly at home?’ Ned inquired. Jenni was the eldest of Momma K’s children, but she stayed with him in the city more often than not.

‘S’complicated.’ She was looking over at people on the pier again. ‘Who’s that talking to Norris?’

Ned decided not to push it, families were complicated, and his was no exception. Despite himself, he glanced over again at the dignitaries assembled on the pier. Fourteen was busy greeting some bureaucrat or other. There were representatives from all of Roshaven’s trade partners and a few cities they had not yet connected with. He could make out Fat Norris, otherwise known as the Lower Circle, whose responsibility it was to maintain existing trade agreements and keep them running smoothly while working on establishing new ones. He was talking to a familiar looking man, dressed in blue. Ned squinted and then stiffened.

‘Wot, your bruvver? Wot the ‘ell is ‘e doing ‘ere? Murderous scumbag!’ Jenni took a couple of steps in the direction of the Dead Pier before Ned stopped her.

‘Not now. He’s probably here as a trading partner. I don’t like it any more than you do, but we’ve got a job to do. We can find out what Theo’s up to later.’ Ned tried very pointedly not to look at the people on the pier.

They had been escaping from Theo’s clutches in Fidelia when Griff had helped them get away. That help had cost Griff his life. Both Ned and Jenni blamed Theo despite the fact the actual murderer was probably one of Theo’s henchmen. When Ned had tried to find out using his official catcher authority, he’d been told that Fidelia had dealt with and executed the individual involved. Ned wasn’t sure he believed it but he couldn’t put his own city at risk, rocking the boat. Especially when Fourteen had just revealed her gender. A female Emperor was unheard of.

Centuries ago, Roshaven had been the epicentre of a vast empire that spanned from coast to coast. It was that imperial lineage that Fourteen’s forebears had clung to, downsizing yet keeping their Imperial Palace and fighting tooth and nail to keep their crucial trading position on the coastline of Efrana. Now Roshaven was a bustling commerce city. It might not be a centre of industry, but it facilitated the shipping of both essential and luxury items up and down the coast, in particular the fine silks that were coveted throughout Efrana. It also provided the perfect location for trading vessels to restock their supplies and gain additional crew. Many of Roshaven’s trade agreements had been meticulously negotiated and arm twisted into place by Griff. Ned hadn’t known that about his friend before he died, but it was the reason he was being honoured with a state funeral.

Ned winced. He had been trying not to think too much about the circumstances of Griff’s death.

‘I ain’t reading yor fawts, I can’t do that. It’s plastered all over yor face.’

Ned sniffed and blinked. Damn sand was in his eye.

‘I can’t ignore that Theo is my brother, no matter how much I want to. And if I don’t take responsibility for his actions, who will? I cannot call myself innocent of any wrongdoing. It was my idea to appeal to Griff for help when we needed it on our quest. And it cost him. It cost him everything.’

‘No, but he is my brother, and it’s a debt I will never clear.’ Ned stopped speaking as the funeral rites commenced.

Pristine white wrappings concealed Griff’s body, and it lay upon a stack of firewood. There were blossoms and offerings of food pushed in-between the sticks and branches. Various runic symbols of protection and safe travels had been painted in gold around the decoratively carved canoe that held the pyre. Fourteen placed a single red rose on the torso and bowed her head in respect. She stepped backward and the many and various priests of Roshaven chanted a simple farewell prayer, each of them dedicating it to their own deity and chiming bells.

Ned shivered as the chanting and chimes made the hairs on the back of his neck stand up.

Several druids came forward to push the canoe into the water. Ned spotted Kendra, the High-Priestess among them. Their druidic incantation danced across the breeze, and he heard snatches of their melodic prayers. A sudden swirl forced them to hasten back, allowing the canoe to be taken by a gossip of mermaids. Pearl’s distinctive golden blond head bobbed above the water and Ned half-smiled to himself.

The harpies were next. They flew over the aquatic procession, scattering petals—a tender side to them Ned would never have expected. Fred, the young palace guard, led the Imperial Band in a farewell fanfare and Momma K sent a magnificent shower of silver stars shooting out across the harbour.

Ned took a deep breath. It was his turn now.

Dipping a pitch-tipped arrow into the bowl of flames nearby, it lit with a whoosh and, taking another steadying breath, he nocked and drew, mindful not to singe himself. He could sense all eyes on him with the heavy pressure of expectation, and his arms began quavering. Focusing on the body and canoe below, Ned shakily exhaled and released his flaming arrow. The crowd watched mesmerised as it arced high over the water before landing. The pyre had been doused with scented oils both to mask the stench of rotten flesh and also to serve as an accelerant.

For a long moment nothing happened and Ned half stretched out his hand to pick up a second arrow, but then the fire took and ran hungrily over the body. There was a collective stillness on the shore. Then the crowd began stirring, returning to their lives. Ned remained standing, watching the flames devour his friend as the canoe drifted further and further out to sea, his thoughts bleak.

So that’s it from me for this month. I trust your voyage through the human life-cycle has been a transformative one. Next week I will be passing you into the capable hands of Iesha Denize, ensuring the smooth continuation of this Write On! Extra showcase journey.

Don’t forget issue 9 of Write On! magazine is out now! Read your copy here.

Lucy Kaufman is an award-winning playwright and author. 34 of her plays have been performed around the UK and Australia, to critical acclaim. A person-centred/integrative therapist for 18 years, Lucy now writes full-time and teaches Playwriting and Screenwriting for Pen to Print. You can connect with Lucy on Twitter: @lucykaufman_ and on Facebook: https://www.facebook.com/LucyKaufmanAuthor

Claire Buss is an award-winning multi-genre author and poet. Since placing second in the first Pen to Print Book Challenger competition, Claire has published seventeen novels and poetry collections and had her short fiction published in six anthologies. Working with Pen to Print, Claire delivers regular Book Surgeries offering marketing help and advice to new and established authors. Claire was part of the original team involved in creating and establishing Write On! Magazine and continues to support, work and promote the magazine in her role as Deputy Editor, championing new writers and helping them share their creativity. Claire continues to write passionately and is hopelessly addicted to cake. You can connect with Claire at her website www.clairebuss.co.uk, on Twitter: @grasshopper2407 and on Facebook: https://www.facebook.com/groups/BussBookStop