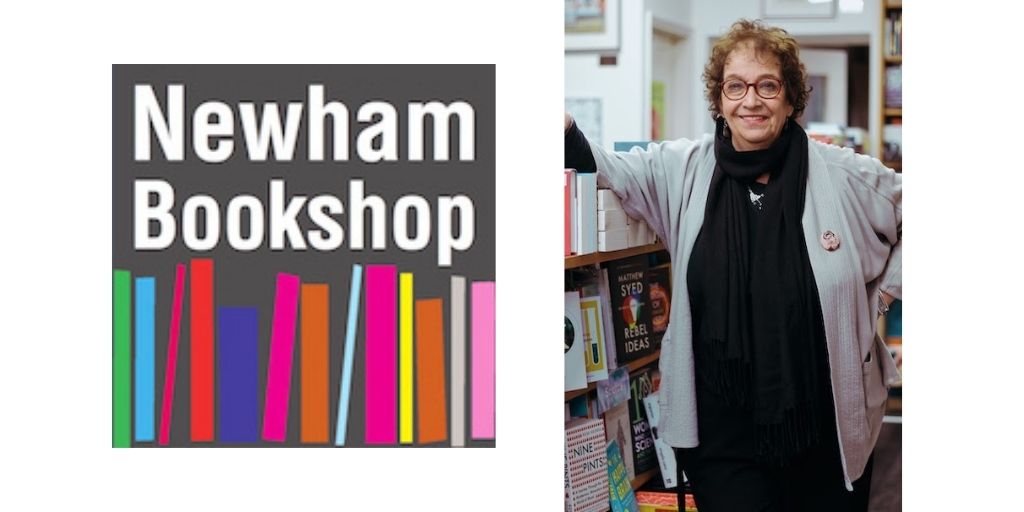 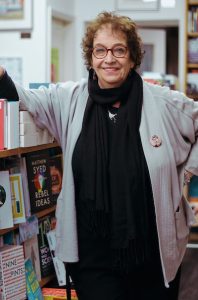 Eithne Cullen, Write On! page editor, discusses books, community and inclusion with Vivian Archer, manager of Newham Bookshop for over three decades. The impact of Newham Bookshop in the community was recognised by the ‘Books Are My Bag’ Readers Award for outstanding contribution to bookselling in 2018 and by the Regional Independent Bookshop of the Year Award in 2019. Vivian has partnered with libraries, schools, charities and community organisations to share the excitement of reading for children and adults.

I was due to speak with Vivian at six o’clock on a Monday evening in early March. When I got a message through at five saying she was running late and could we maybe postpone, my heart sank. However, a few messages later and confirmation that Zoom audio was fine, and no, we didn’t need to have the camera on, and we were back on track. This breathless, slightly chaotic start was a great way to get a sense of the dynamo that is Vivian Archer. Daughter of refugee parents who fled to the UK from Nazi Germany, she feels the current Ukrainian crisis keenly and is trying to do something positive through her bookshop.

I press the record button. She tells me that, with the support of numerous publishers and dear friend Michael Rosen, she’s in the middle of organising a charity event to support aid efforts in Ukraine. I hear a baby gurgle in the background. Vivien explains that daughter Rachel and granddaughter Audrey have popped in for a visit as well, her assertion that just isn’t enough time in the day starts to make sense. As a grandmother myself and writer and editor of the Thoughtful Tuesday page for Write On! Extra, I smile in wry recognition.

Things matter to Vivian. She feels things deeply and looks to the words in books and the worlds she can create by selling books to bring people together. I ask her about her commitment to community and how she pulls this together through Newham Bookshop.

She tells me about the event she is organising in support of Ukraine, and how her appeal to publishers and authors to donate books for auction had met with resounding success.

David Grohl of the Foo Fighters and David Gilmour of Pink Floyd are just some of the big names supporting her event. The books received are also going to be part of a book sale at the Wanstead Tap, the venue where many Newham Bookshop events now take place. It sounds like quite an enterprise, motivated by Vivian’s empathetic response to a terrible situation and drawing on the world of books and writers she is familiar with.

She speaks of the power of culture and words and books to change and mitigate the situation we’re in, adding that: Words express what’s happening today and in the past and we’re reading books to make sense of both. The example she gives is of Michael Rosen (a great friend of Newham Bookshop), who has reflected on and written about his Covid experience: he touches and enables people to make sense of the world.

Vivian’s granddaughter, cooing in the background of our call, adds to the warmth of her voice when she talks about the bookshop, the community it serves, and its place at the heart of this community. This year, the bookshop celebrates 44 years serving this community and Vivian has been involved for 34 of these!

She hadn’t planned to work in a bookshop from the start; training as an actor before finding this place, which she has shaped and inspired.

Newham Bookshop is different, because it is solidly community-based. For example, helping new immigrant families feel welcome in Newham by providing bilingual dictionaries and books in various languages. I was interested to hear that the bookshop can see an indicator of just how diverse the community is –and how it changes –by looking at the dictionaries they sell: they’ve sold many Bangladeshi dictionaries, then later many Polish ones, and now many French and Italian copies.

She feels the people who run Newham Bookshop listen to and understand their community. And she’s very happy to talk about the community. The area serves what she regards as the most diverse in London; even in the country. The bookshop spreads culture and words and it has always stocked diverse books, reflecting the culture and community.

Says Vivian: We wouldn’t have survived, otherwise. Listening to the community has kept us current and relevant.

This is, of course, essential, to reflect an ever-changing London. I’d seen a feature about independent bookshops highlighting that Newham Bookshop is known for its extensive range of books connected to the city. Vivian tells me the London section is the biggest in the bookshop; people travel to the shop to look at them and buy them. She also mentions a connection with John Rogers, who is a vlogger – find him on YouTube – sharing his London Walks. (I’ve had a look and will be watching lots of these videos!)

She enthusiastically talks about a book that’s coming out, featuring people linked to the bookshop. On The Record will be out soon, with a foreword by Michael Rosen. Something to look forward to!

I want to talk about the events that Newham Bookshop organises (I have attended many, myself) which bring writers and ideas to people in libraries and local venues, including the Bishopsgate Institute. Bookshop events are a big part of the Newham Festival of Words (which will be back after a break in 2022), too. And, of course, through the events, the bookshop sells books all over London.

Vivian is passionate about her events and the power they have to connect people with books and writers: I’ve made these part of things from the word go.

She tells me how this has grown, beginning with the Bishopsgate events playing an important role in her bookshop event diary and, most recently, using The Wanstead Tap as a venue. I’m delighted to hear that the programming of events will be coming back to libraries, too.

For Vivian, Michael Rosen and Benjamin Zephaniah, who actually lived opposite the Bookshop for a while, have been prominent speakers and leaders. When asked about other stand-out events, she shares that, though it would be hard to single out one stand-out event, a recent evening with Michael Cashman, in which he spoke about his life and work and his book One Of Them as part of Newham’s LGBT History Month Programme, was amazing.

Talking about other favourite things, I want to hear whether she has any preferred sections in the bookshop. Vivian tells me the adult section and the poetry shelves were up there, with Russian Literature (she’s read Anna Karenina twice) topping the bill. She also mentions a love of Zola and Germinal and her reference to L’Assommoir has made me want to rediscover it.

Audrey chooses this moment to pipe up. It reminds me that we haven’t spoken about children’s books yet. Vivian is known as a passionate advocate of children’s reading, encouraging reading for pleasure as much as she can. She mentions a book she had enjoyed with her daughter, When Hitler Stole Pink Rabbit, by the late, great Judith Kerr. And, in the context of other things we’ve talked about: war, refugees and the fear war brings, her reference to this book seems particularly relevant.

We connect on the subject of libraries. She tells me that, at the bookshop, they do as much as they can with libraries. Her emphatic ‘books are everything’ response makes me realise she sees the bookshop and libraries as important resources to everyone. The events she organises promote libraries and encourage library use. Says Vivian: People who can’t afford books can go to libraries – they are crucial. She’s all too aware of the fact that many children don’t have books in their homes and tells me there was a drive through the bookshop to get books into homes.

As a writer myself, I want to connect with her around the best way for writers to get their work into independent shops. Unsurprisingly, Vivian isn’t too keen to be drawn, though she mentions that she gets many, many approaches. In her opinion, the best bet, in particular for Indie writers, is to go via community groups to get started, rather than approaching bookshops directly and that a better way for authors to get into bookshops is via a small press.

I know that, when we’ve finished speaking, Vivian will be going right back to the Ukraine event, and I’m sure there’ll be many more to come. With her passion for community, she’s turned the Newham Bookshop into a safe haven for those staying, passing through, or simply needing the steadiness of words to offset the challenges offered by an ever-changing present. Vivian is a true citizen of – and ambassador for – a living world of books! 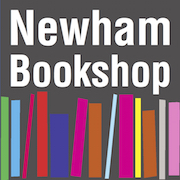 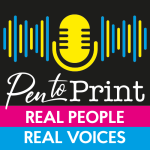 You can hear the interview on the March edition Write On! Audio Out Tues 29 March). Find us on all major podcast platforms, including Apple and Google Podcasts and Spotify. Type Pen to Print into your browser and look for our logo or find us on Anchor FM.

Vivian feels Newham Bookshop listens to and understands its community: "Listening to the community has kept us current and relevant."