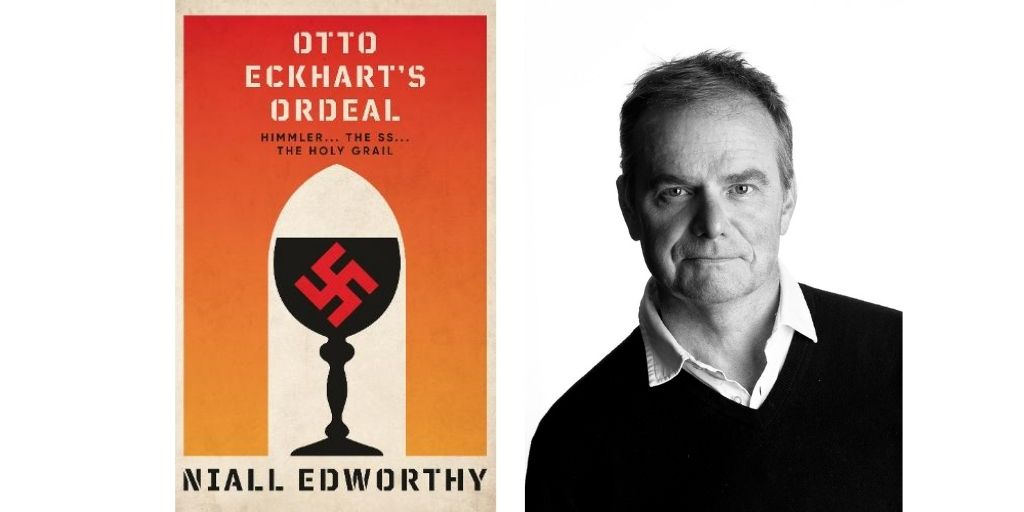 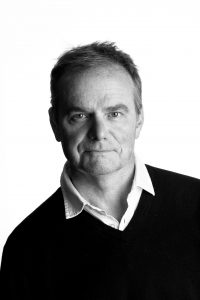 Niall, a former reporter with wire agencies AFP and Reuters, has been writing and ghosting books for 25 years. Otto Eckhart’s Ordeal is his first work of fiction and is shortlisted for the 2021 Wilbur Smith Adventure Writing Prize. His work has covered a range of subjects including military history, biography, natural history, sport and humour. He is currently working on his second adventure novel, set in Syria and Iraq, and he is researching a sequel to Otto Eckhart’s Ordeal.

Niall has lived in the Sussex Downs for 20 years. When he is not writing or reading, he can often be found up in the hills and woods, walking or cycling.

NE: I have written many non-fiction books, but I’m fairly new to fiction. I’m on my second novel now, but my approach is the same. I try and give the story energy, stir curiosity. I ask myself all the time: ‘OK, fine, but what next?’ When I read through, if it’s boring or drags a little, I cut it out or cut it down. If I get carried away and the writing reads like ‘writing’, I re-work it until, I hope, the reader is unaware there is an author at work. The aim is always for the reader to lose themselves in the story.

WO:  Can you tell us a bit about your book, Otto Eckhart’s Ordeal?

NE: I’d say it was an old-fashioned adventure story, taking a light touch to a grave period of history, with the spotlight on the characters, not the great events taking place in the backdrop. Set in pre-war Germany and France, it is told by a naïve, feckless historian, tasked with an absurd, almost impossible task by the Nazis (the premise is based on truth). I didn’t set out with any specific themes in mind, but it has turned out to be a coming-of-age story about courage and love – the staples, when I think about it, of all the great adventure stories I have read.

NE: I have always been a voracious reader except, ironically, when I was at University studying English Literature. Fresh out of school, I was too busy having fun and I neglected my studies, the pub serving better beer than the lecture hall. I never thought I’d be a writer. I never knew what I wanted to do. By a slow process of elimination, I closed the door on a number of career options, and found myself first a reporter, then a ghost-writer then an author of narrative non-fiction and now fiction too. I wonder now whether that was inevitable, that writing was always what I wanted to do but I just didn’t know it. Or that I wasn’t cut out for life in an office and writing was one of the few options remaining. I don’t know. What inspires me now? Getting better at my craft. The harder I work at it, the more I read, the faster my confidence grows, the more rapacious the hunger to put down stories.

NE: My writing has been driven by a positive panic. Panic to put bread on the table, to meet deadlines and do each book as well as I can. One poor book and your journey can be derailed, or at least shunted down a siding; one fallow period with no projects on the go, and I’d have to start looking at alternative or supplementary sources of income. I have been writing books for 25 years and I have had to dig deep, year after year, to keep going. There have been times when I’ve almost had to throw in the towel owing to exhaustion, or lack of funds, but there’s always a way out if you want to find it, if you want to keep writing that badly. You can always go and live in a hut.

NE: There’s a great quote: First learn your craft, it won’t stop you from being a genius. There can’t be more than a handful who were born great writers. You can only learn and get better by doing it, day in, day out, and you will get better. It will come. Forget trying to write the masterpiece. Tell a story you’d like to read yourself. Be courageous. Remember that all writers, even the greats, are always learning, just like you.

WO: Question from Twitter user @madeleinefwhite: Does writing energise or exhaust you?

NE: The thought of it exhausts me, the doing of it creates self-fuelling energy.

NE: I am currently writing the story of a former elite soldier suffering PTSD, unable to turn a deaf ear to a final call on what’s left of his courage. It’s set in recent times, most of the action taking place in the Middle East and, as with Otto Eckhart’s Ordeal, there’s a story of love in there too.

NE: Bagheera, the black panther in The Jungle Book. What better mentor and companion? 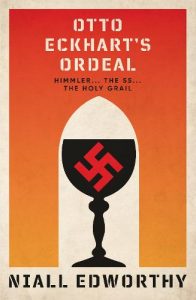 You can connect with Niall on Twitter at https://twitter.com/EdworthyNiall. Otto Eckhart’s Ordeal is available to buy from https://www.amazon.co.uk/Otto-Eckharts-Ordeal-Himmler-Grail/dp/1910787698/ref=sr_1_1?dchild=1&keywords=otto+Eckhart%27s+ordeal&qid=1629819426&sr=8-1

Forget trying to write the masterpiece. Tell a story you’d like to read yourself. Be courageous. Remember that all writers, even the greats, are always learning, just like you.