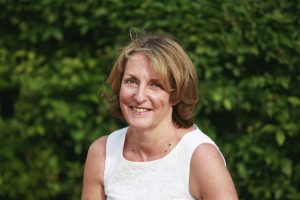 Jules Wake writes bestselling warm-hearted romantic contemporary fiction and has been published by One More Chapter and Little Brown. To date, she has had nine books published, including the bestselling Covent Garden In The Snow.  More recently, she has been writing the witty, armchair travel Romantic Escapes series for One More Chapter under her pen name Julie Caplin. There are currently six in the series with a further three planned.  Under both pen names, she’s been shortlisted for the ‘Romantic Novel Of The Year Awards’ and, as Julie Caplin, is a bestseller in Germany and the Czech Republic.

LS: How would you describe your writing/work to someone new to it?

JW: As I have two writing hats, I have two slightly different styles. My Jules Wake books have developed over the years and are warm-hearted, uplifting romantic stories, focusing on a local community, whether it be in an opera house, a village in the Chilterns or a specific part of London. My Julie Caplin books are witty, cosy, romantic comedies, set in overseas locations with a cast of characters coming together to celebrate the customs/flavour of a particular place. To date, they’ve been set in Copenhagen, Brooklyn, Paris, Iceland, Croatia and Tokyo.  The Little Café In Copenhagen was the first in the series and the characters often reappear in other books in the series, although each book is a stand-alone tale.

LS: Can you tell us a bit about your latest book, The Saturday Morning Park Run?

JW: It’s about the difference joining and taking part in local community life can make to people’s lives. It’s the story of two women, one old, one young. One looking for new adventures. One looking for a purpose. Both needing a friend.

This comes from the blurb but I think it’s a really good summation of what kick-starts the story. Despite their age difference, they strike up a friendship neither of them realise how much they need.  Claire, the main character, is in a bad place and needs to regain her confidence and her purpose, while Hilda, the older character, is living in a care home and rebelling against what she feels is the dull routine she has to endure. Although surrounded by people, she is still lonely.

The novel follows the two women and their growing friendship and how, along with two little girls in need of a family, a gorgeous stranger and a scruffy dog, they bring the whole community together every Saturday morning for love, laughter and a little bit of running… (well, power-walking).

It’s all about how some people come into your life when you need them the most.

I was inspired to write the book based on my own experience of the park run in my home town of Tring. I did my first park run in November 2018 and from the minute I walked over the crest of the hill in my local park (which is actually a landscaped woodland park on top of the Chilterns – think steep!), I found an amazing community of supportive, like-minded, friendly people. I’m not a natural athlete and am always grateful I’m not last. The run has become a vital part of my weekend and over the last two years I’ve met and spoken to lots of amazing people, including the lady who’s lost 12 stone, the couple who met at the run and have subsequently married. I’ve made friends there. It’s a wonderfully welcoming environment, where the taking part really is the most important thing. I wanted to write about that community feeling and the potential it has to change people’s lives and give them a purpose and an opportunity to meet people.

There are over 700 park runs around the country, all manned by volunteers and when I’ve visited other runs while on holiday or away for a weekend, I’ve been met with the same friendly welcome. I would urge anyone to get involved, whether it’s running, or volunteering to help. If I was ever on my own or had moved to a new part of the country, it would definitely be the first thing I would find out about and sign up for. And this is someone who, by any definition, is a reluctant runner! One thing I’m rather proud of is that each weekend I run the same course as not one but two former Olympians (although at a pace considerably slower)!

LS: What inspired you to write in the first place, and what inspires you now?

I’ve always been an avid reader and have always had stories in my head. I thought it was perfectly normal to hold imaginary conversations in my head with imaginary people.

One year, when I was given six months gardening leave, I decided to write a book. As a child, I’d always be scribbling away and told myself I’d write a book one day.

Three chapters in, I shared it with someone who told me it was ‘crap’. It sounds harsh (especially as it was my father!) but it was the best thing anyone could have done. It made me realise that, although I had a story in my head, I didn’t know how to tell it properly.  As a result, I went to my first six-week course on writing and started to learn about the building blocks of writing. This was just the start, but it made me realise how much more I needed to learn. That first course really inspired me, but the real impetus came when I discovered the ‘Romantic Novelists Association’ and its amazing ‘New Writers Scheme’.  If anyone who is writing romance has not heard of this scheme, I urge you to Google it now.  It inspired me to keep going and persevere in the face of a gazillion rejections.

I’m just writing my 17th book and what inspires me these days are the wonderful comments from readers who have enjoyed my work. When someone tells me one of my books has really helped them through a difficult time, or that they loved a book so much they’ve read it twice … you just can’t beat it!

LS: The current issue of Write On! explores the theme of ‘A Kaleidoscope Of Colours’. The idea is that life at the moment is like looking through a kaleidoscope; ever-changing, ever-swirling patterns we must interpret and adapt to. Can you tell us a bit about how you been adapting to the shifting landscape of this fairly challenging present?

JW: As a writer my life has not changed markedly; although there are more people in my house working during the day, which is not what I’m used to. However, I do miss the company of other writers and have surprised myself by volunteering to take part in Zoom calls and interviews, when normally the sight of myself on video would have turned me into a hunch-shouldered, stuttering wreck. Despite all this, I’m itching to catch up with writer friends; there’s nothing like sharing ideas and talking about our work face-to-face. Somehow, being online doesn’t stir the creative juices in quite the same way!

As I’m writing this, we’re beginning to come out of lockdown and I’m starting a new book. Already, I’m wondering whether my characters should be social distancing, not shaking hands and what about kissing? Do readers want to read about the ‘old normal’, or do they expect books to reflect the ‘new normal’? It’s a question I’ve been wrestling with because, although I write romance, I like it to feel believable and realistic.  I think I’ll probably stick to the ‘old normal’, because it suits romance better and it also gives us hope that perhaps, one day, things will go back to how they used to be.

LS: What one piece of advice would you give an aspiring writer?

JW: Learn to be resilient. Accept there will be lots of rejections and don’t assume your first book will get published.  I wrote five books before I got my first publishing deal. Until then, I didn’t really know what I was doing. I despair, these days, when I see people rushing to self-publish their first book because they can’t get a publishing deal. Because it’s so easy to do these days, people are too impatient to get their book out there. I think you need to learn your craft. You get better the more you write.  I learned so much the first time I was professionally edited and I’m still learning now.

When you’re edited by a publisher, they’re pushing you as hard as they can to get the absolute best book you can write. At the risk of being controversial, is an editor you are paying going to push you as hard or deliver the bad news that perhaps this book needs a complete rewrite?

Never stop learning, reading or practising the craft of writing and try to write the best book you can!

LS: Question from Twitter user: @JunehaChowdhury. Have you ever avoided writing about a theme or issue because you thought you were not the right person to tackle it?

JW: At the moment there are so many subjects which are eliciting a lot of controversy and the pile-ons on social media make me very wary of writing about things I’m not completely confident or knowledgeable about. I think writers and publishers are erring on the side of extreme caution these days. This is a great shame, because it’s shutting down genuine debate and creating a fear of asking the wrong questions.

LS: Can you tell us anything about future projects?

JW: I’m very excited about my next project, which is going to be set in World War II, so I’m busy researching the period to ensure I get the detail right. It’s a fascinating process, as I’m reading history books as well as novels contemporary to the period.  The reason I chose to write this book was based on a story I’d heard, which featured women in roles that in the normal course of life they would never have been exposed to. The war gave women from all walks of life incredible opportunities for empowerment and promotion, which were sadly lost almost as soon as the war was over. I wanted to explore how three very different women responded to these within a specific area of the war effort.

LS: Lastly, if you could choose one fictional animal/creature to be a pet or companion, who would it be and why?

JW: Black Beauty by Anna Sewell.  I was obsessed by the book, the first I think I read about a horse (and the TV series – who can forget the dramatic theme tune?) and as a result, when I was younger, I was a mad keen horse rider. As a child, I read everything by the Pullein-Thompsons as well as Monica Dickens children’s series.

Sadly, as I’ve got older, I’ve developed a terrible allergy to horses. So much so, that even someone who has been horse riding and is in the same room as me, will set off an asthma attack. I’m assuming that a fictional pet wouldn’t set off this allergy!

Saturday Morning Park Run is available to buy from:

Never stop learning, reading or practising the craft of writing and try to write the best book you can!