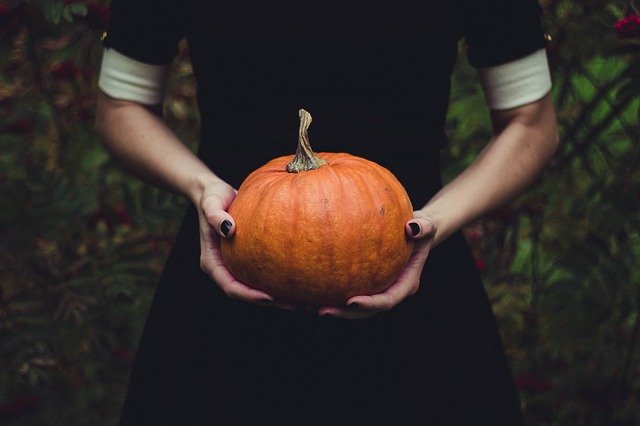 Halloween may be looking a little different this year for all of us, yet we remain possessed by our fascination for the creepy and curious. Clare Cooper explores its origins and some of the traditions around the world and ponders on the hypnotic allure of witches, vampires and all things supernatural…

We’re fast approaching the scariest time of the year when the dead are supposed to rise up from their graves and head out to put the frighteners on us all. That’s if you believe the plethora of books and films on the subject, anyway. Our obsession with the paranormal shows no signs of abating. But is Halloween really as scary as it’s made out to be? Considering the deadly virus that’s stalking streets across the world right now, would a visit from a long-dead relative really be that terrifying? I know I would love to catch up with some of mine!

On Facebook the other day, someone posed the question of what had scared us as children on TV. Top contenders were Dr Who, Armchair Thriller, Tales Of The Unexpected and Sapphire And Steele. My own were The Owl Service and a play about devil-worshipping villagers. I’ve avoided owls and villages ever since…

There’s no avoiding Halloween, though, despite everything else that’s going on, so here’s how it all began:

The ancient Celtic festival of Samhain, celebrating the New Year, which back then began on November 1st, marked the end of summer and the beginning of darker, colder days and nights. People lit fires and wore costumes to ward off other-worldly spirits, who they blamed for causing trouble and damaging crops (handy scapegoats who couldn’t answer back, in other words). When the celebrations were over, they re-lit their hearth fires from the sacred bonfires, to help protect them from the coming winter. This morphed into All Hallow’s Eve and, eventually, Halloween.

Much later, America turned the celebrations into more community-spirited affairs, for religious reasons, wanting to steer people away from any connotations of ghosts and witchcraft.  Our present-day tradition of trick or treating stems from these parties, which were based on games and foods of the season, rather than anything too spooky; although trick or treating goes back much further than that, even, and was only revived by the Americans in the early part of the last century.

Quite how trick or treating is going to work, this year is anybody’s guess. The shop windows in my local town are optimistically displaying costumes, sweets, masks and other Halloween-related paraphernalia. I love to see the children all dressed up in their costumes, but wonder if we are just going to have to keep our distance on our doorsteps (wearing masks of a different kind), lobbing sweets into the darkness and general direction of their voices, instead?

Here are some examples of how others around the world (usually) enjoy celebrating Halloween:

I’m very taken with the Mexican custom of cleaning and tidying the graves of their loved ones: weeding, painting and decorating them, plus playing games, eating by candlelight and sleeping beside them; all as a mark of respect to those who have passed – with the chance of a jolly feast and get-together, of course. But, in line with the current regulations, no more than six people (or spirits) at a time, please!

Transylvania, Romania, is long associated with the Dracula legend.  Feasting, dressing up and tours of the (in)famous castle are all on the cards, and, as long as people keep making films and writing books on vampires, this one will never lose its appeal. Funny, though, that the present-day film vampires are usually portrayed as sexy, brooding, charismatic hunks. And the witches in those films are svelte, glamorous and – er – bewitching; a far cry from the toothless, hideous hags of old.  I guess the well-worn themes of forbidden desire and unrequited passion strike a chord in all of us and will never go out of fashion!

Hong Kong celebrates The Hungry Ghost Festival. They believe that spirits become restless round about now, roaming the world for 24 hours (good luck with that one, this year. They might be turned back or, worse, put into quarantine), and many people like to burn pictures of food or money during this time, believing this will bring comfort to the ghosts and help them in the afterlife – though they still might experience difficulty in getting a timed slot for food deliveries, and what use is cash to anybody, let alone spirits, at the moment?  Best to proffer a debit card, instead.

In Czechoslovakia, chairs are placed by the fireside on Halloween night: one for each living member of the family, and one for each dead member’s spirit. All socially distanced, of course.

People give food and offer up baskets of flowers in the Cambodian temples to respect their deceased relatives; also paying attention to respecting and celebrating their living elderly relatives at this time. Just watch who you’re calling elderly, mate.

They’re fond of fresh flowers in Italy, too: putting them on the graves of their relatives and also on those of strangers, turning the cemeteries into vibrant, colourful displays in the process.  A lovely, cheerful idea I think we should all adopt, don’t you?

However we choose to celebrate Halloween, it appears that all the technological advances and sophisticated gadgetry in the world, alongside our dependence on the internet and obsession with social media, can’t take away the primitive and deeply-rooted part of ourselves that respects, believes in and harks back to the ancient, simple ways and traditions of our ancestors.

So, whether you choose to spend the evening behind the sofa, (those old scary-TV habits die hard – though Craig from Strictly is enough to put the frighteners on anyone, these days), helping your kids to socially-distance trick or treat, or just paying your quiet respects to loved ones who have passed (or none of the above), I wish you all a very Happy Halloween!

Halloween may be looking a little different this year for all of us, yet we remain possessed by our fascination for the creepy and curious.

Here are my tips for planning for NaNo. The takeaway here is even if you don't have time to physically write down answers for each point, if you at least start thinking about them you will have a good idea of what direction to write in when you are trying to hit your 1667 words per day goal.