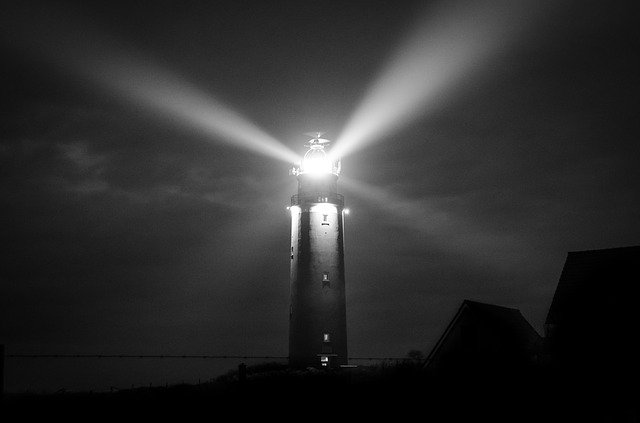 In Aldous Huxley’s Brave New World, the government keeps its people in chains: through distraction, leisure, and unrestricted sexual pleasure. Looking into our past, populations were controlled through fear of angry gods with signs of a solar eclipse, or flooding being presented as evidence of disfavour. Fear is always at work in the human psyche, no matter how ‘civilised’ a people thinks they are. Literature takes this, turns it around and makes us look at things in a new way. In William Golding’s Lord of the Flies, for example, the title is actually another name for Beelzebub, the devil. It is not a matter of a book being soaked in bad intentions, rather it makes us take note. The truth Golding presents us with is a hard one, i.e., what we might revert to given the right circumstances. So, why aren’t we banning it? After all, at its heart is something that might plunge us into chaos. However, chaos, in its unpalatable, disturbing truth is necessary, helping us to rise to our best selves. Good writing sits on the cusp of this, balancing the chaos that threatens to overwhelm and immerse at the core of our existence with order, its own framework, wrought from the author’s imagination. How does this apply to our new hybrid of influence, through the written word, presented in novels, creative work, but also social media and the wider digital sphere?

YouTube CEO, Susan Wojcicki, bragged about removing half a million misinformation videos about COVID-19 on her platform since February 2020, while Facebook CEO, Mark Zuckerberg, planned to censor political extremism ahead of the recent US Presidential election. This is on top of the censorship carried out by Google, having monopolized the search engine market, maintaining a 92.05 percent market share as of February 2021. This problem of censorship mingled with monopoly cannot be ignored when it’s so evidently in our faces. While this article focuses on the war on free speech from the perspective of the publishing industry, this is a wider societal problem which has oozed into most industries. The problem goes back through history, when the English Parliament issued the Licensing Order of 1643 . In response to the heavy criticism it was facing at the time, the act required all books to be approved by the government before publication. This was after the English Civil War. In 1644, John Milton wrote a speech, criticising this act called ‘Areopagitica’, itself a defiance of the government’s censorship. He distributed it through pamphlets.

Nowadays, rather than the government, publishers themselves are the censors. Simon & Schuster (S&S) announced they would be removing Senator Josh Hawley’s book, the Tyranny of Big Tech after he was accused of “helping to incite the mob” that stormed the Capitol in January.  S&S described Hawley as playing a role in a “dangerous threat to democracy and freedom”. Before this, S&S likewise cancelled Milo Yianoppolis’ book, Dangerous.

While every society has its quacks, nobody has the right to censor an opinion exclusively on the basis that they hold unfashionable views. Indeed, some people, who were considered quacks, made significant contributions in human history. Friedrich Nietzsche’s writing has had influence on philosophy, psychology and literary thought, though he was reserved and went mad. How different would history have been had Nietzsche’s writings been banned? But, have his writings also been used for more sinister purposes? Yes. There are some who believe Nietzsche’s ideas about ‘Will To Power’ influenced Nazi eugenic thought. However, who is to say the Nazis would not have distorted some other philosopher’s writing to suit their propaganda? Society progresses as a result of torchbearers like Nietzsche, stepping outside the status quo to shine light on revolutionary ideas.

Milton noted the first instance of licensing books was by the Catholics during the Spanish Inquisition and thus, the banning of books originated from fear. Indeed, both tyrannies by the Catholics and the Nazis were fuelled by anti-Semitism, hostility and fear; in this case, fear of Jews. George R.R. Martin wrote: When you tear out a man’s tongue, you are not proving him a liar, you’re only telling the world that you fear what he might say.

Did S&S have the right to decide to cancel their publication contract with Hawley, when it robbed the public of the ability to decide for themselves whether his book is truly worth banning? Milton argued that each human being has the mental capacity to criticise and analyse a book, that it is better for people to have access to that book and exercise their intellect. In fact, this is an important skill for anyone who values their freedom to develop because tyrannies thrive off, not only fear, but fear bred from ignorance.

Nonetheless, could a book be bad enough to not be published? Milton, despite his position in favour of freedom of publication, did not argue for unlimited publication of books. Too much of anything is always to be wary of. Indeed, some books have proved universally controversial. For example, the book, American Psycho is banned in several countries for being intensely graphic and violent, describing sadistic murders. Upon its release in 1991, it received plenty of negative attention. Indeed, S&S refused to publish it, based on its ‘misogynistic violence’. Nowadays, with its exploration of consumerism and narcissism, it’s considered a classic of black comedy and satire! The author, Bret Easton Ellis, said his book would not have been published in today’s political climate, with the incessant backlash it received from feminists. While extra caution must be taken with sensitive material, the book has provided such value to the literary community for its unique commentary that, arguably, the benefits of publishing it outweigh the negatives. Milton argued for the public to exercise their own intelligence in judging a book; not to ban it before it reaches the public because it could hold equally tremendous value and people have freedom of choice whether to read it.

Some books literally contain classified information, such as Edward Snowden’s book, Permanent Record, which exposed US surveillance techniques and operations, published in violation of contracts Snowden signed with the CIA and NSA. But its impact has been enormous, as debate around privacy and surveillance by governments has had its gates flung wide open.

However, tyranny is not limited to governments. Mobs of people can be just as tyrannical. When S&S announced the publication of Hawley’s book, they received a flurry of angry tweets. In late 2016, S&S tweeted they would continue to publish books of varying opinions from a wide range of authors, even if the public “vehemently disagreed” with those opinions. This reasonable statement, standing up for their authors from Twitter bullies, was met with tweets, arguing they still distributed and profited off ‘hate speech’. So is it any wonder why, having been persecuted by Twitter folks, S&S decides to stop publishing what could have been perfectly interesting, informative and insightful books? If mounting attacks on freedom speech continue down their current trajectory, publishers will be among the last beacons defending freedom of speech.

More recently, writers for the Star Wars series claimed they were owed royalties long overdue from Disney, who acquired their publishers. A task force called #DisneyMustPay was set up to help authors receive the royalties they were due when Disney acquired Lucasfilm and 20th Century Fox. It’s led by major authors and writing associations, who are using social media to boost writers. Social media can be used for genuinely productive activism instead of the harmful activism which crushes, both writers and the average person with an opinion.

Nowadays, it’s easy for anyone, who is even slightly tech-savvy, to replace the role of the publisher, taking on the responsibility of editing and marketing themselves. Hawley could have self-published his book. A unique benefit of this, is that the author is free to craft their own narrative on social media. There’s no need to kowtow to people demanding your book be removed from shelves for publishing an opinion they disagree with. Of course, the benefits of indie publishing cannot be reaped without tremendous hard work and dedication. Plus, without the professional support and network a publisher provides, there is no guarantee of success; though, there is a huge market indie authors can tap into.

The power of books is no better summed than by the poet, Milton, himself:

For books are not absolutely dead things, but do contain a potency of life in them to be as active as that soul was whose progeny they are; nay, they do preserve as in a vial the purest efficacy and extraction of that living intellect that bred them.

Unprecedented levels of censorship on massive platforms like Twitter, Google and Facebook currently lead a war on free speech. The fallout of this war will shape the way we communicate for generations. And how we communicate now can either kindle our intellect, like stars, burning in the night sky, or imprison us in a deep black void of ignorance, for generations to come. The time is now for publishers and writers to take pride in their duty; to light the way as one of the last beacons of free speech.

Connect with Chandni on LinkedIn.

For books are not absolutely dead things, but do contain a potency of life in them to be as active as that soul was whose progeny they are; nay, they do preserve as in a vial the purest efficacy and extraction of that living intellect that bred them. (John Milton)