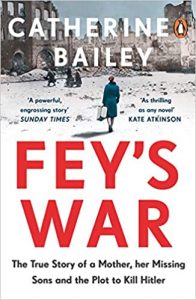 In September 1944, the SS march into a remote Italian castle, arrest a mother and seize her two sons, aged just two and three. If Hitler has his way she will never see them again.

Fey Pirzio-Biroli is the daughter of Ulrich von Hassell, executed days after the failed assassination of the Fuhrer. Mercilessly cast into the Nazi death machine, Fey must cling to the hope that one day she will escape and rescue her lost children . . .

The Target Of Lies by Edie Baylis 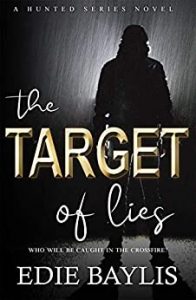 Neil Sparks has a score to settle. In fact, he has several.

His first port of call when returning from France after a five-year exile is to catch up with his estranged wife. Secondly, he wants to even a score with the people instrumental in his departure and thirdly, he wants an explanation from the man who promised his marriage would be free from hassle. The trouble is, he’s not the only one with an agenda…

Reeling after the recent devastation in her life, Tori wants an end to all the revenge, suffering and pain. When Hunter makes the decision to return to the Reapers, it seems his decision has brought more grief, just as she feared it would – but that is only one of her problems.

Her own life, and that of those around her is still blighted with Richard Stevens’ deceit, but his deeds are catching up with him and the net is closing in from all angles – including places he hadn’t expected.

There are too many people about to become caught in the crossfire, and everyone could be a target.

The Strange Book Of Jacob Boyce by Tom Gillespie 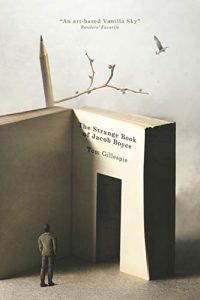 A spiralling obsession. A missing wife. A terrifying secret. Will he find her before it’s too late?

When Dr Jacob Boyce’s wife goes missing, the police put it down to a simple marital dispute. Jacob, however, fears something darker. Following her trail to Spain, he becomes convinced that Ella’s disappearance is tied to a mysterious painting whose hidden geometric and numerical riddles he’s been obsessively trying to solve for months. Obscure, hallucinogenic clues and bizarre, larger-than-life characters guide an increasingly unhinged Jacob through a nightmarish Spanish landscape to an art forger’s studio in Madrid, where he comes face-to-face with a centuries-old horror, and the terrifying, mind-bending truth about his wife.

The One That Got Away by Egan Hughes 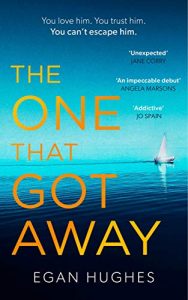 Mia thinks she has escaped her controlling ex-husband, Rob. She’s found herself a new home, a new boyfriend and a new life.

But when the police arrive to tell her that Rob has been found dead on his boat, things quickly fall apart. Mia is terrified she’ll be suspected. The police are keeping all options open and they know Mia had reason to hate her ex-husband, but she’s not the only one. Plenty of people wanted Rob Creavy dead – not least his new wife, Rachel.

What they don’t know is that Mia has a secret: one she is desperate to protect. But someone else knows. Someone with very dark secrets of their own.

A claustrophobic, twisty, psychological thriller about love, trauma and revenge – perfect for fans of, The Holiday, Something In The Water and The Woman In Cabin Ten. 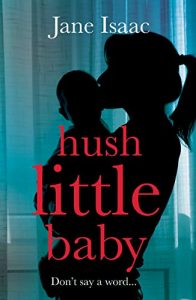 Someone stole a baby…

One sunny day in July, someone took three-month-old Alicia Owen from her pram outside a supermarket. Her mother, Marie, was inside. No one saw who took Alicia. And no one could find her.

They silenced her cry…

Fifteen years later, a teenager on a construction site sees a tiny hand in the ground. When the police investigate, they find a baby buried and preserved in concrete. Could it be Alicia?

But the truth will always out.

When Alicia disappeared, the papers accused Marie of detachment and neglect. The Owens never got over the grief of their child’s disappearance and divorced not long after. By reopening the case, DC Beth Chamberlain must reopen old wounds. But the killer may be closer than anyone ever suspected…