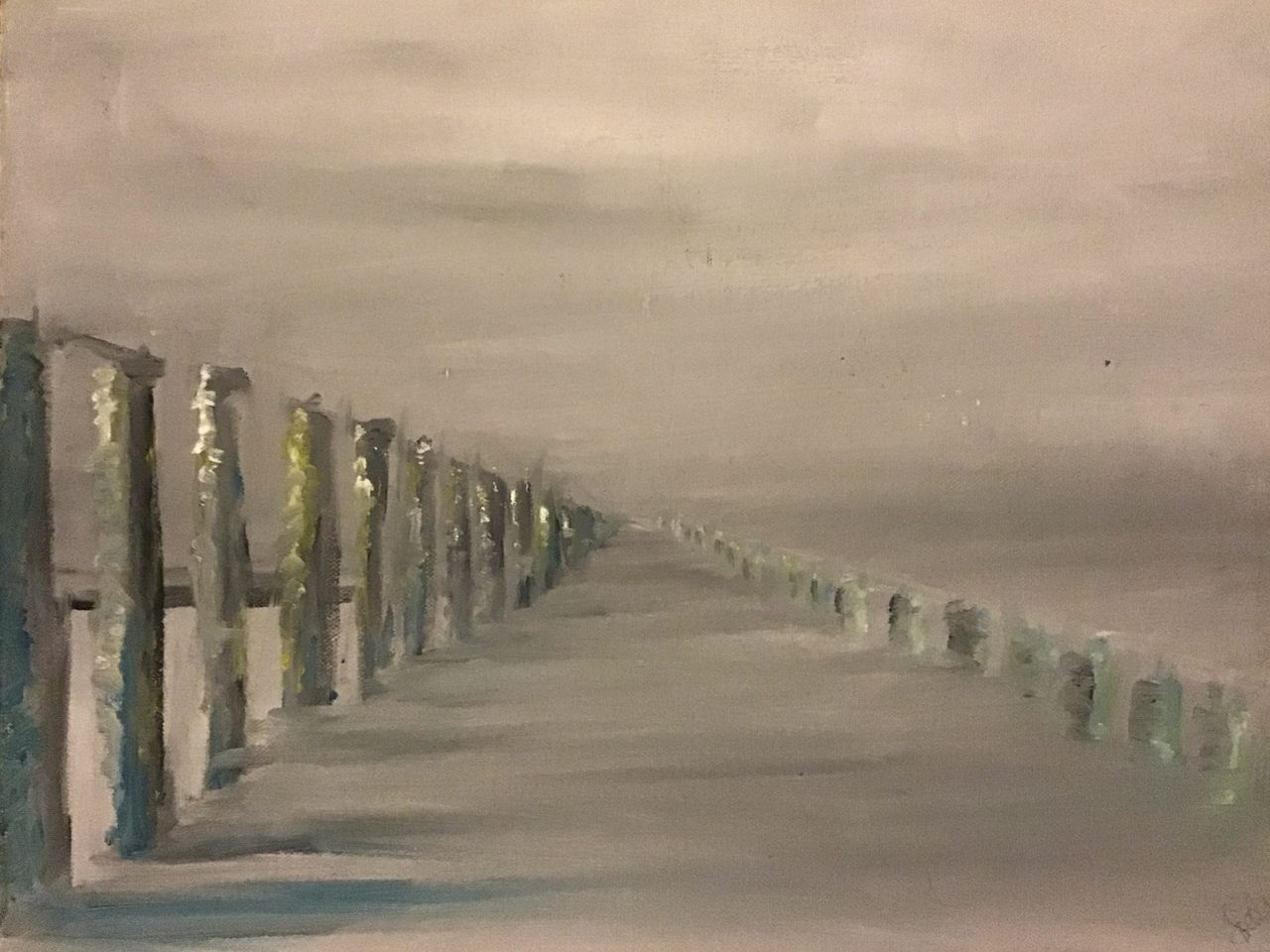 The Courage To Persevere And Grow Through Internal Challenges

Tolerance is a very personal intimate dialogue with ourselves; navigating the landscapes of those judgements we make about others as we go through our daily lives. Like many words in our language, tolerance and judgement have been polarised and seem to have lost nuances that broaden their capacity to serve us. Judgement implies penalty, redress, finality and conclusion from a superior position. Similar to many living things, language has family: some close, others more distant. Wisdom, discernment assessment, rationale and calculation also belong to the ‘judgement’ family. We use our rationale to make decisions; we calculate our multi-layered journeys to work and more recently, we now make enhanced daily assessments about our safety.

As we evolve into the fullness of our ‘human being’ – ‘often labelled personal transformation’; the dialogue we have with ourselves shifts. Sometimes it is subtle, but the opposite is also true. The focus of the UK shifted to the game of football in the last month and people bound themselves together as a nation.  Many judgements about the difference of others were temporarily suspended for the greater good. As a nation, we demonstrated our capacity to celebrate, sharing the joy and commiserate, sharing the sorrow. Those changes were evident in the atmosphere; we acknowledged and shared commonality; we wanted to win as a nation. Our national team needed the skills and experience of every player so every player was valued.

Let’s take a moment to imagine how it would feel to live in a society capable of sustaining that momentum.

Transformation and tolerance seem to be curious allies. This week, I showcase writers who courageously persevere with both these challenging topics in very creative ways. Patsy shines a light for us on transformation in a very intimate way by looking at the courage it takes for self-reflection and those facing historic consequences. Brian’s narrative presents us with a twist on our judgement of others and illustrates the reality of how much we really need each other; even though, as a society, we often stubbornly refuse to acknowledge the value of our differences. 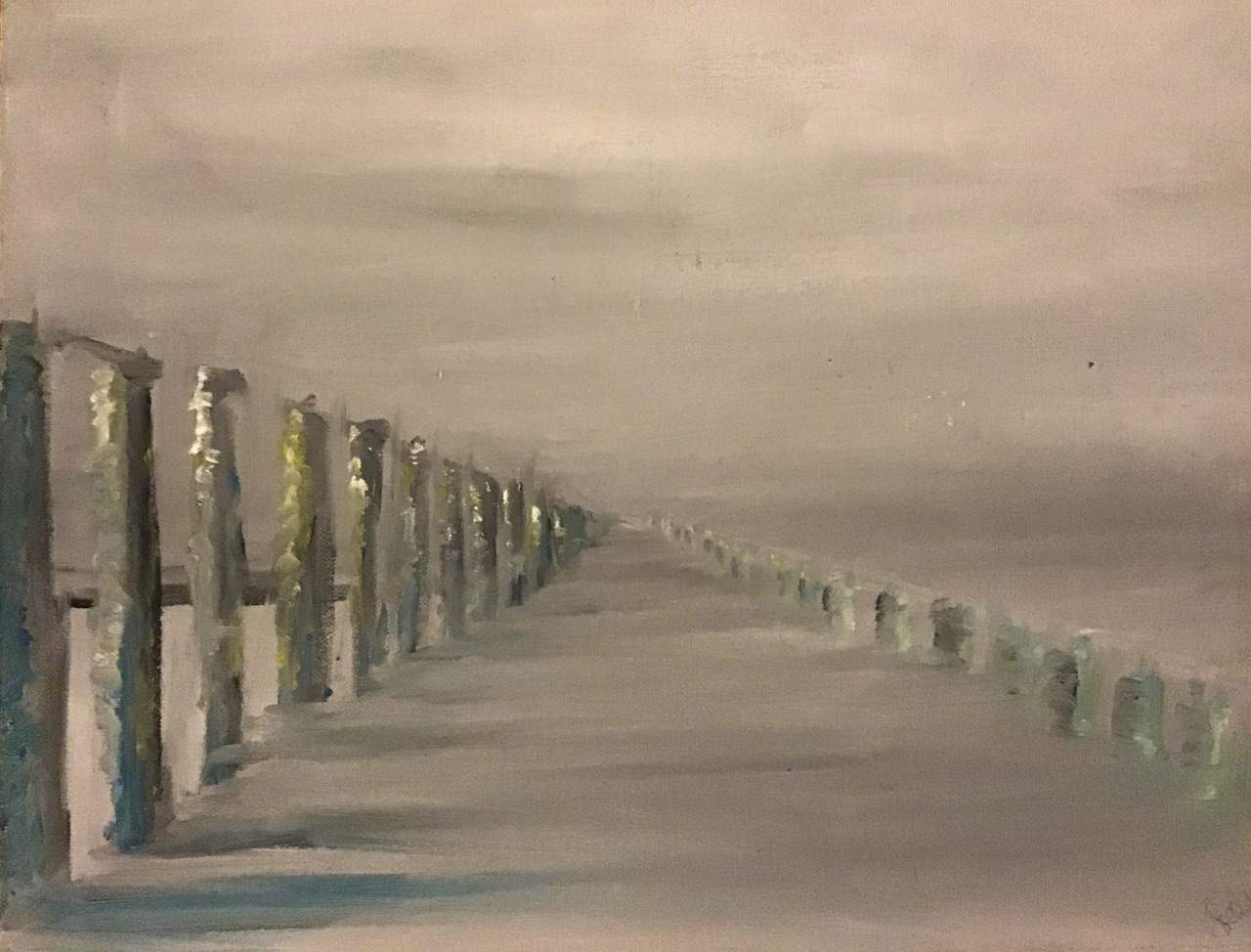 Jean’s life transformed when she met Tom. Their romance was a fairy tale. They were in love and looked forward to a marriage full of wonderful experiences.

for Jean, though, it only took a just a few months before,  the shine wore off the relationship. She still loved him. She always would. She knew he loved her. However, she soon realised that her life was no longer her own.

Tom was a soldier, a Captain in the British army, used to being in charge of 120 men. When he ordered, they obeyed. Unfortunately, he took this attitude home with him, and Jean was expected to go along with everything he said.

She would not have called him a control freak; nevertheless, he made all the decisions without any input from her. He chose the furniture and the décor. He decided where they went on holiday. He picked her car. Jean had no say in anything.

Their physical relationship was not a problem – as long as she went along with his needs. He seemed not to realise she needed something more. Jean was inexperienced and didn’t know what it was she wanted. She only knew something was lacking.

When she told him she was pregnant, he gave her a blank look and asked, “What’s for dinner?”

Their son was born, and Tom named him Michael after his own father.

Being a mother was a turning point in Jean’s life. Tom loved his son but was happy to leave his upbringing to her.

Tom was proud of Michael when he got his degree in psychology.

He wanted Michael to join the army. But Michael’s ambition led him towards a professorship.

Tom and his father drifted on to different paths.

Years went by, with Jean following Tom’s lead. He was never physically abusive, but sometimes he shouted. Other times, he sulked if Jean tried to oppose him.

They had been married for almost 30 years when Tom died. It was a shock. Jean cried. Everyone said he was a perfect husband and how much she must miss him.

‘How am I going to cope without him?’ she thought. She never had anything to do with paying bills, or knowing who to phone if the washing machine stopped working. Tom saw to all that. However, she arranged the funeral and put all the finances in her name.

At first, Jean balked at all the forms she had to deal with and the people she had to notify, but she did it. All on her own, she did it. Yes, she missed him being around. He was her companion – or was she his? – his little pet tag-along wife. Then she began to feel guilty for not missing him enough.

But once her new-found freedom bore in on her, she rejoiced. She could do what she liked. She was in charge. She was transformed.

Still good-looking, men in her social circle asked her out.

But the transformed Jean always said no – because she could. 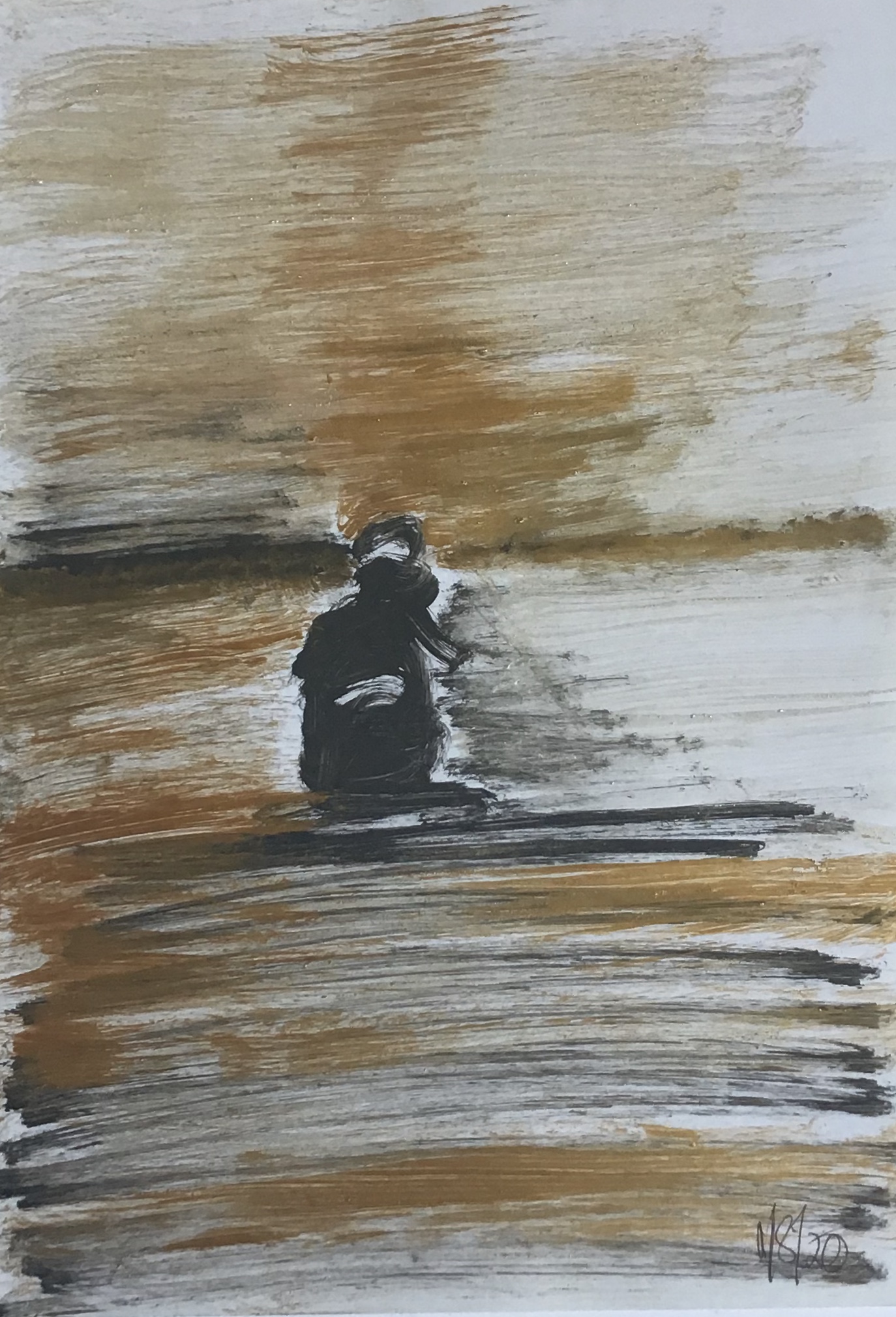 Building on the momentum galvanised in Patsy’s translation of transformation and the transition it presents us with regarding the choices we make to move ourselves forwards; I thought I would share a piece of work that does the same.

Even through the spy-hole in the front door, I recognised her. I always check first. Well, you have to nowadays, don’t you?

It was the woman from the family upstairs. They’d moved into poor Sandra’s flat about three years ago, just after she passed away. I’d never had much to do with them. Sometimes, I’d pass her and her daughter on the stairs. We never spoke. Just nodded. She probably didn’t speak English anyway.

She rang the bell again. I waited – hoping she might just go away.

Sandra and me, like sisters we were, always in and out of each other’s flats.

‘Want anything down the shops? I’m just going.’

That’s what it was like. Good neighbours. Looking out for one another.

But this lot, I barely knew them. I’d hear them through the ceiling moving about. Playing their music, jabbering away ten to the dozen like they do.

In the hot weather, they’d have all their windows open and the smell of their spicy cooking would waft down to me. Don’t get me wrong. I love a good curry I do, but the proper ones, not that Indian stuff.

She rang again. I could see her looking at her watch, moving to go, then changing her mind.

That kid of theirs, she’s only about eight. Long black hair and thin as a rake. One day she was playing with her friends on the patch of grass in front of our block. I was fumbling with two shopping bags at the entrance, trying to find the stupid fobby thing they give us to let ourselves in.

This little ‘un, she runs over, uses her thing to open the door and offers to carry my shopping upstairs. Natural as you like. It’s the way they’re brought up, I suppose. Respecting their elders.

I said no, of course, but you’ve got to admit, it was a kind gesture.

The woman leant forward to peer through the peephole.

I dodged out of the way so she couldn’t see me.

It’s not that I’ve got anything against them personally of course. It’s just that they’re different. They don’t think like we do. It’s like what that nice man in the suit said; the one who knocked on my door before Christmas telling me I had to vote Brexit.

Well, I told him, he’s got my vote. Always had had. And, don’t you worry about me, I said. I keep my distance.

Rap! Rap! Rap! On the door with her knuckles.

I took the catch off and opened the door a little.

She looked relieved. “Oh! Thank God! I thought something had happened.” She smiled; a big, toothy smile. “I’m Mrs Gupta, from upstairs. We were wondering if there was anything you need. Sunil, he says to me, she’s all on her own, Binnie. She might be self-isolating. You know, with what’s been going on. Sahri, my youngest, she said maybe she could do some shopping for you. She said she’s seen you struggling up the stairs.”

I didn’t know what to say.

Mrs Gupta stretched out her hand. In it was a handwritten note. “I won’t get too close. Just to be careful. That’s our email address and phone numbers.  Call if you need anything. We’re just upstairs.”

I thanked her and took the note.

She went on. “My Javid, he’s only 16, he said she won’t have email. But I said don’t be disrespectful. A lot of older people are online nowadays. Er … are you?”

“Do you have a mobile phone? Javid said you can have one of his old ones. Not the latest model, of course, but that doesn’t really matter, does it?”

I told her my son-in-law had bought me one for Christmas but I hadn’t really used it.

“No problem,” she laughed. “Javid will show you. That boy, what he doesn’t know about computers is nobody’s business.” She looked at her watch. “Oh my God! I’m late! I’ve got to be back at work in 40 minutes. I must rush. I’m so glad you’re OK.” She started down the stairs.

She turned at the foot of the stairs and said, “I’m a nurse.” And then she added, with a laugh, “For my sins.” 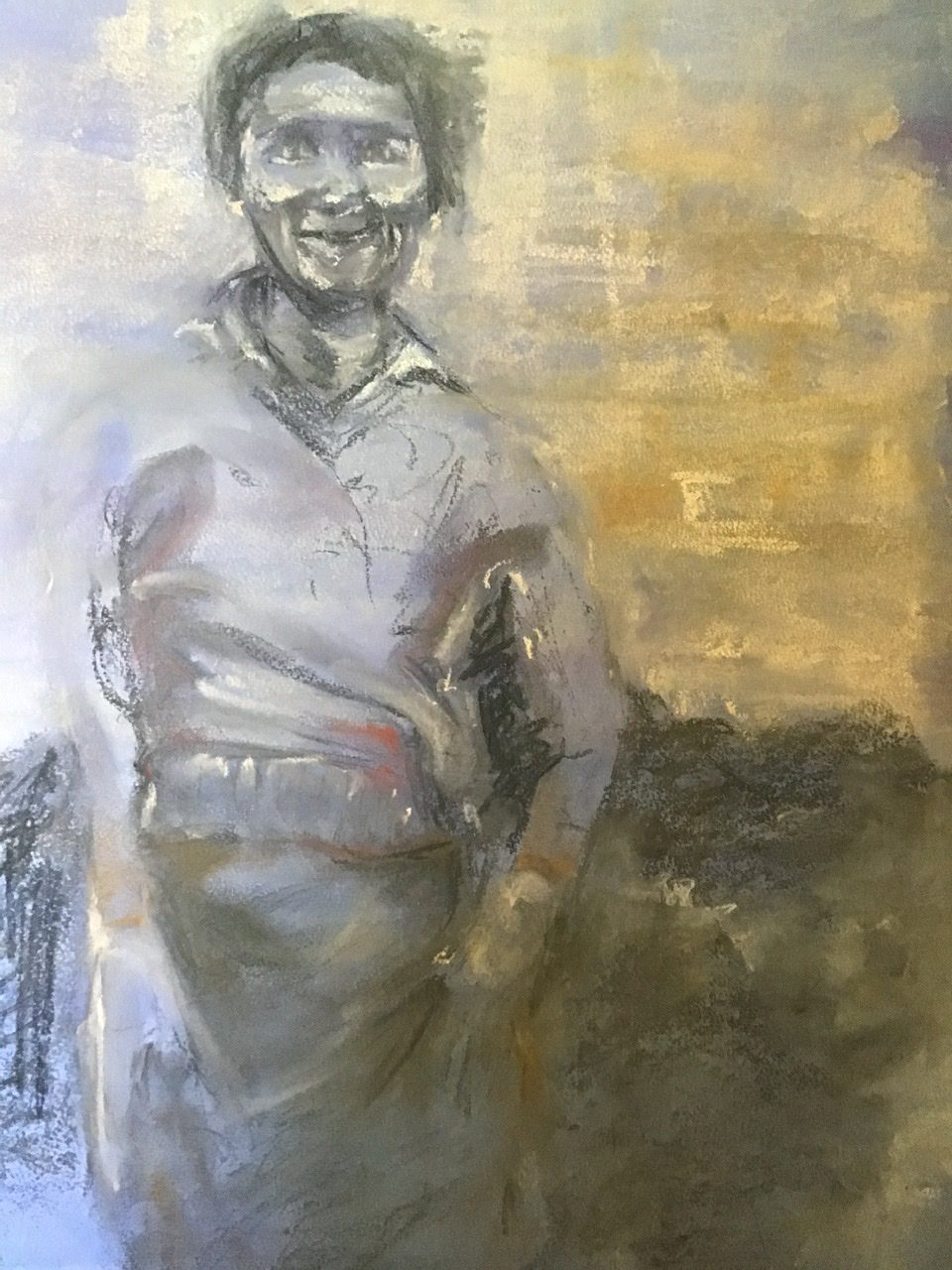 This next piece reflects my translation of a photograph I have of my mother after her recent arrival in the UK during the Windrush era. It was a few years before my own arrival, so I had to imagine her perspective.

Standing alone
But is she
Someone took the picture

She smiles
But for who
And for why
For when

Below is an image from the Caribbean proverb which demonstrates collective responsibility and the fact that we cannot do things without others ‘One hand can’t clap’. 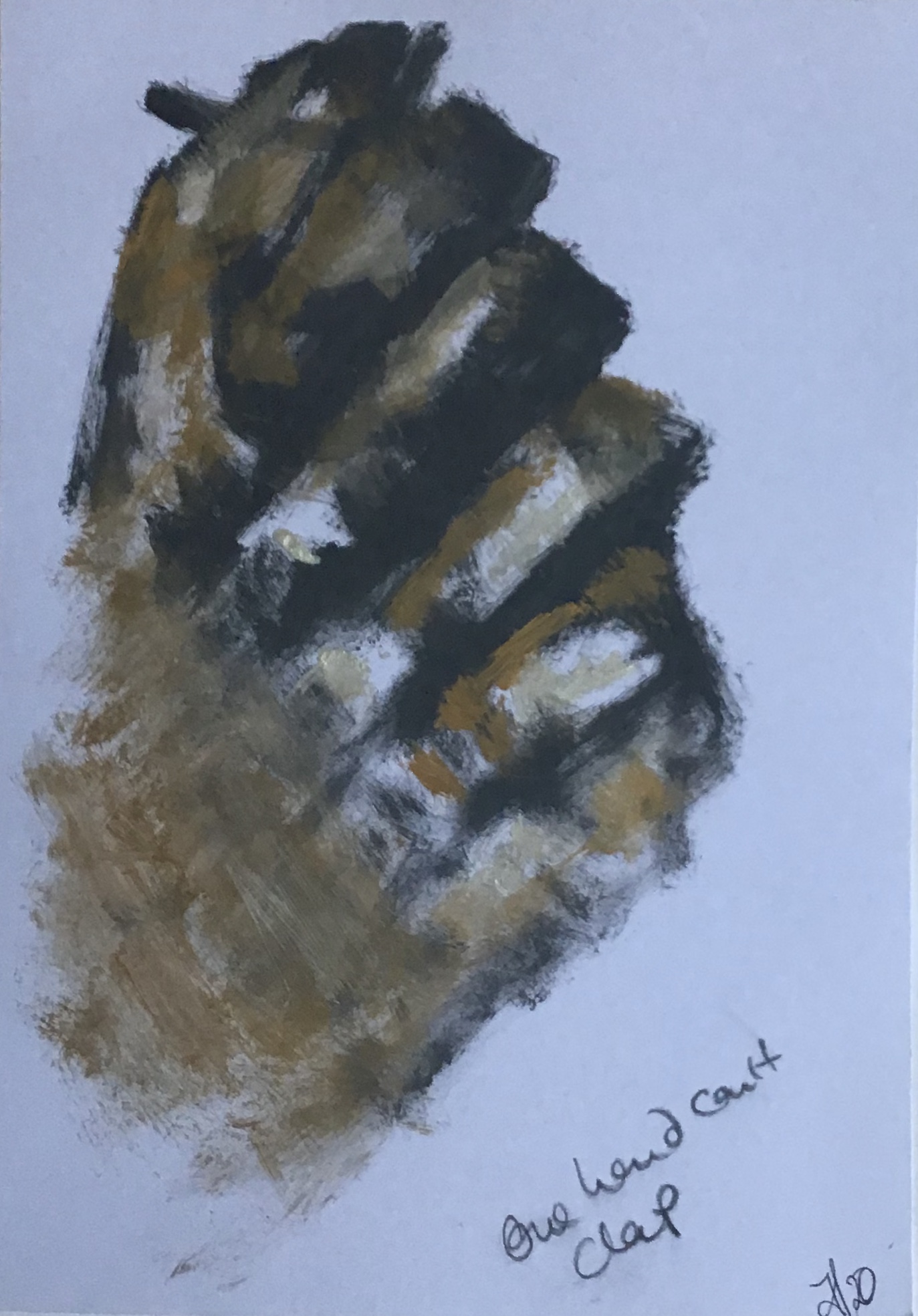 Below is an image from the Caribbean proverb, demonstrating collective responsibility and the fact that we cannot do things without others: “One hand can’t clap.”

Finally, I leave you with a recipe. While many people already use it, I thought it worth sharing again.

Don’t forget issue 9 of Write On! magazine is out now! Read your copy here.