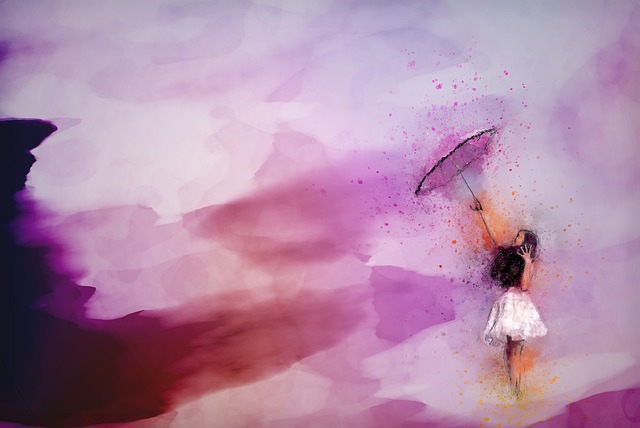 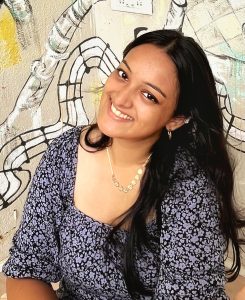 Last week, we explored the idea of home and how transient it is. I walked you through it from my perspective, in Goa. However, elsewhere in the world, similar themes can be interpreted differently. History and Cultural experiences play an important role in who we are and how we perceive things. For instance, as a South Asian girl, I know that the idea of home for people who lived through the partition is different from that of mine today.

Similarly, October is observed as Black History Month in the United Kingdom. From a history of oppression and racism, the common ground leading us to our search for contentment is the idea of belonging. The question of where one belongs often creeps in when we feel misrepresented or less represented. This is when we turn to ‘home’ as we perceive it.

The following is an excerpt from Questher – The Lord On My Side by Silvano Griffith-Francis, where she shares the ‘foreignness’ of a new place. The dilemma of leaving home is worsened by the affirmation of not fitting into the mainstream. Continue reading to explore more.

Excerpt: Questher – The Lord On My Side 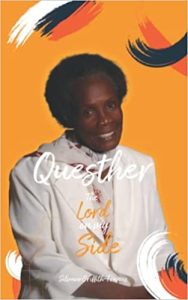 There was something that was making me feel extremely confused. When I left Barbados, night was falling. I did not know how long I was on the plane, but it seemed like a very, very long time and I felt it should have been daytime. So I asked what time it was to see how long I would have to wait for it to be daytime. Vincie told me it was day, in fact, it was after two in the afternoon. How could day be as black as night? Recognising my confusion, he explained that we were now in a season called winter and that sometimes you would not see the sun for months. I immediately broke down and started to cry. No sun? How was that possible? Even in the rainy season in Barbados, if you did not see the sun for an entire day, there would still be some kind of light and the sun would be there the next day. Months without sun? I did not want to live in this place. Why was he living in this place? Why was anybody living in this place? I came later to understand that there was something called smog, a result of all the coal that was burnt in factories and power plants, which also added to the darkness experienced during the day. The plane had landed in a place called London and we had to go to somewhere called Oldham. It was very, very far away, and we had to go by train. I had never seen a train before.

I looked through the window at this completely different world around me, wondering how long it would be until I saw what the attraction was that brought so many people from my beautiful island here. The thing that amazed me most, though, was how big the houses were and I quietly wondered why each house had so many front doors. In some houses, I counted as many as thirty front doors. I cannot remember how many doors the house Vincie took me to had, but it was only when I entered I realised it was not one large house but rather lots of houses joined together. The idea of terrace houses was a new concept to me, as in Barbados all houses stood individually on their own plot. It seemed an odd way to build a house, but this was just the beginning of things I would find strange in this new world called England.

The language was different. Even though we spoke English in Barbados, it was spoken with a dialect and some words had a completely different meaning. In Barbados, the word malicious meant the same thing the English meant when they said someone was nosy. Giving me a scotch did not mean you wanted a drink. It meant to move up and make space for someone else and lime was not just an acidic fruit, rather it meant to hang out [with friends]. When we said, ‘cheese on bread’ we were not asking for a sandwich, we were exclaiming. And if you butt upon someone, it had nothing to do with your posterior. It meant you saw someone you had not seen in a long time. Tea in England was tea. Tea in Barbados was any hot drink. Lemonade in England was a clear fizzy drink with a hint of lemon. Lemonade in Barbados was made with sugar and limes and because we only used brown sugar, it was darker in colour. It tasted a lot better than this new form of lemonade. Soup in Barbados was a substantial, well-seasoned meal with big chunks of meat, pigtail, sweet potato, yam, eddo, and dumplings which were made from cornmeal, flour, and sweetened with sugar and spices. Soup in England was a thin broth. And then there was the difficulty in understanding the accents. And it was not just one accent, each region of the country had a different accent. Some were so strong it seemed they were almost speaking another language. We also had a lot of people from Pakistan living in our area and they spoke completely differently, too. One word I would become familiar with was punctuality. In Barbados, times were given just for the sake of it and rarely meant anything. A bus that was due at two o’clock would regularly show up at three. Someone might tell you they were coming to your house for a particular time when what they really meant was you would see them at some point that day. England was different. A two o’clock bus would arrive at two o’clock unless there was a problem with traffic, and if it arrived a few minutes early, it would wait at the stop and depart exactly on time. People got to work on time. If you were given a time for an appointment, that was the time you had your appointment. It was very difficult getting accustomed to this way of living but, once I understood how timekeeping worked, I fell in love with the idea of being on time.

Fish and chips were also an experience for me. I thought the habit of wrapping chips in newspapers was dirty. I was not so keen on the chips initially as I found them too greasy, but then someone suggested I put them on bread and I fell in love with chip butties. The fish, well, I never became a fan. The batter was nice, but I was accustomed to properly seasoned fish and this fish just stuck in batter could not compete, even with all the salt and vinegar in the world. The one thing I really loved from the chippy though was the meat and potato pie. I am not sure if it was the thick crust or the meaty gravy filling, but I fell in love with them from the first bite.

It was not just my body that had to get used to a different style of dressing, my hair would have to as well, as the hair the grease incident taught me. When I first arrived in England, I realised I had forgotten to bring my hair grease. I knew Woolworths sold hair products, so I went there in search of something for my hair. Shampoos, hair mousses, holding sprays, conditioners, all geared toward white people’s hair. Nothing for black people’s afro hair. Why I thought the straight-haired, white sales assistant could help me choose a suitable product for my thick afro hair I do not know. But I needed something for my hair, so I asked if they had anything for my type of hair and she produced an ointment. I did not think to question it until the next morning when I awoke to find half my hair on the pillow. However, I was to experience something far worse than disastrous hair products, soggy rice and spine-freezing cold weather. There was a hostility from many of the white people toward us blacks. I would not learn the word racism for many years to come, but I experienced its effect within days of landing. To be fair, this hostility was not just towards us blacks, it was to the Indians and Pakistanis and to the Irish as well.

Next is a poem by Hope Roberts, clearly depicting the transparency of love. After reading numerous submissions from people on the theme of ‘home’, I’ve come to realise that, although its interpretation differs, more often than not, it comes down to one feeling: love. 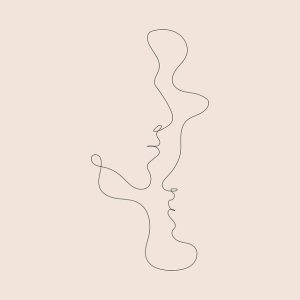 Love me black
Love me white,
Love me brown
Love me olive.
Love me tall
Love me short,
Love me fat
Love me slim.
Love me rich
Love me poor,
Love me bright
Love me average,
Love me just as I am.

Hope is a teacher and has written a book of poems to encourage children from five years old to be kind, loving, caring, sharing and also to learn the rules of life for togetherness.

Lastly, I wish to share another poem, this time by Nadia Sadiq.

I never felt like myself
In those structures of steel and concrete
In the arms of those who said I was born to be loved by them
Foreign wasn’t a word I found outside
It rested on my tongue
In the mirror across from my childhood bed
Comfort came not from being grounded
But from running away
Running away from a cage
That they called my home.
I ran so far I couldn’t see them when I looked back
Not even spots in the horizon to remind me of it all
There, I found the wind,
And I flew.
It embraced me,
And I cried.
I called it home and it welcomed me
It’s cold currents, open arms
They told me it didn’t matter where I was
Where the wind was,
I was home.

This poem resonates with me on so many levels as, sometimes, we feel foreign amongst people or spaces that are supposed to be familiar. The idea of leaving home to find home is something I’ve felt on multiple occasions. However, we find home in places we truly belong, where we feel the wind and where the heart is at peace.